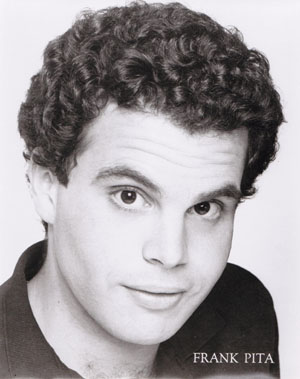 The rarest and most enjoyable part of working on this website is the chance to welcome a Star Blazers voice actor back into the warm embrace of fandom. Prior to this writing, the last time that happened was August 2011 when Michael Bertolini (the voice of Homer) was found by Amy Howard-Wilson (the voice of Nova) and granted us the favor of an interview which can be read here.

One thing leads to another, and in July 2012 Michael connected us with his longtime friend Frank Pita, better known to Star Blazers fans as the beloved Dr. Sane! Frank agreed to an interview via email which was completed in just a few days. This doctor’s appointment was a long time coming, but it’s finally here!

I think acting was always a part of my nature. I was born in New York, and when I saw my first live performance in a children’s theatre, I fell in love with the world. It seemed like magic. From then I set about doing anything I could. As a very young child I starting a puppet theatre in my parents garage. I wrote the plays, built the puppets and set, acted and directed the other children in their roles! As soon as I was old enough to audition for the school plays I was hooked. 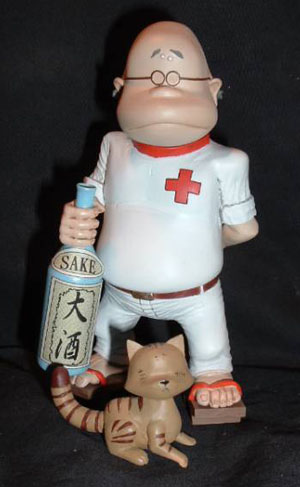 From my earliest days I loved doing voices. I guess that started back in the garage puppet theatre. I think the voice acting actually came first, because that’s what was available to me at the time.

What sort of professional experience did you have before you were called up for Star Blazers?

Star Blazers came just as I completed a college degree in theatre, when I was in my early 20s. I had done many plays by that time in and out of school, and I’d done voice work in radio commercials as well as some industrial work.

Traditionally, nearly all the voice acting for cartoons happens in LA. Was it unusual at the time to find such work in New York?

There was a lot of commercial voice work in NY at the time and some film dubbing. But, you’re right. There was very little cartoon work.

Yes. I loved animation. I was brought up on Disney and Hanna Barbara and I loved science fiction – especially Star Trek.

I was first asked to read for Dr. Sane. While I was there they asked me to try a few other voices for them. I was actually cast in another smaller role as one of the villains, General Gorce [of the Comet Empire]. 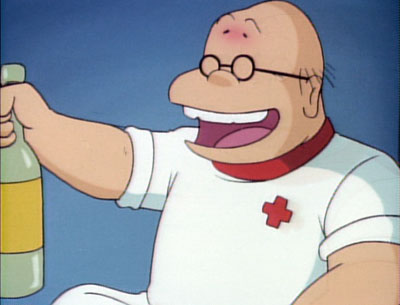 Unless and until we hear your regular speaking voice, we can’t really compare you to your characters. Did you change it in any way for recording?

Yes, quite at lot! My speaking voice is nothing like Dr. Sane.

We were told about its popularity in Japan and how it was a departure from other cartoons, in that it was a long-running series with a continuing narrative. It was unlike any cartoon at the time. I remember specifically that the director did not want us to work on the scripts independently of the animation. He wanted to direct us to follow as much as possible the emotions of the animation rather than come into the studio with our own preconceived ideas.

Did you have anything to go on to develop your performance before going into a recording session?

No. We were screened the animation, took the direction on the spot and then jumped right in. 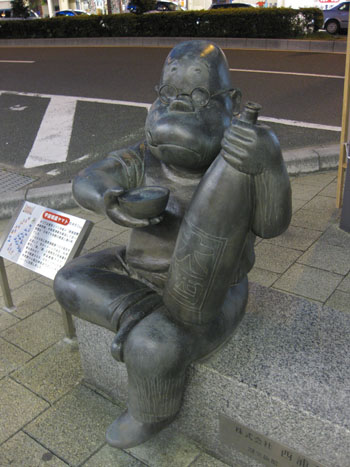 Yes. The studio was tiny and with only a few exceptions we worked alone.

Who did you take direction from when you were in the studio? We know the name Tom Griffin (of Griffin-Bacal Advertising) as the head writer of the scripts. Was he the voice director as well?

Dr. Sane is the most odd-looking character in the series, but ultimately he turns out to be the wisest and most humane. How did the role affect you, and how do you think you affected it?

In the earlier version Dr. Sane’s eyes do not have a great deal of detail. As an actor this presented a challenge for me. The eyes really portray the subtleties of emotion, and although they were present in the script there were fewer layers for me to draw upon in the animation. I tried as best I could to bring them to the recording because as you stated, he is the wisest and most humane.

Because Dr. Sane looks so odd, there must have been a temptation to go very silly with the voice, but everything we hear is entirely appropriate to the character. How was this accomplished?

My instinct was to dial it back as much as I could to try and make him seem real.

Other than the robot IQ-9, your performance is closer to the original than anyone else in the cast. Did you take any of your cues from the original Japanese voice acting?

No, I imagine the original Japanese actor and I saw the same thing in Dr. Sane.

The original Dr. Sado [his Japanese name] was a lot more eccentric than Dr. Sane; numerous scenes were cut of him getting rip-roaring drunk and doing goofy things. Were you aware of any of that at the time?

Yes, I was. I recall that they screened some of the wilder pieces for me while I was in the studio. 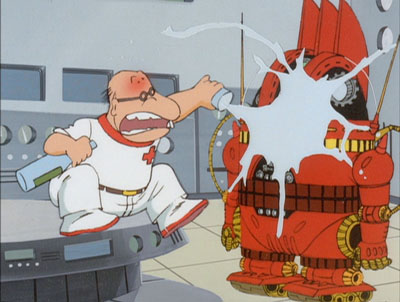 General Gorce was a smaller role, but quite different from Dr. Sane. What can you tell us about that performance?

I really tried to make the General’s voice as different from my own as I could. I remember thinking of all the villains from the 007 Bond films as inspiration.

Were there any days when you read for both characters, or were they done in separate sessions?

Yes. That did happen. It was actually a lot of fun forcing myself to shift gears so quickly and so completely.

How long did it take to do all your work for the series?

The work was continuous, done over about 6 months, give or take.

I did get a chance to screen a few of the early episodes in the studio.

What thoughts go through your mind when you hear Dr. Sane in Star Blazers these days?

Surprise that there is still such interest in work that was done so many years ago. And appreciation that so many others recognize that it was really something special.

How did your acting career progress after Star Blazers?

Over the years I have continued to act periodically in many plays, radio and TV commercials, industrial films and recordings, and I did a few minor film roles and TV pilots. Most of the work was live performance and limited-run commercial work. Sadly, the TV pilots never aired and my minor film work ended up on the editing room floor. Family demands required me to seek more steady financial opportunities to better contribute, so acting had to go on the back burner for quite a while. I am happy that at this stage of my life I am finally able to return to my first love. I’ve recently put changes in place that will allow me to embark on another chapter of my life. So stay tuned, there is much much more to come!

When the series first aired there was a lot of interest. As we were all non-union workers at the time our names were never added to the credits. Once the initial producers were no longer involved, there was no way for fans to get in contact with us. Those were pre-Facebook days.

You have a time machine that runs on quarters, and you have three quarters.

So many periods interest me but first choice would have to be Renaissance Italy. So many great artists, thinkers and iconoclasts all in once place!

Relax, take a deep breath and keep your focus. It’s all gonna work out just fine.

New York City remains the most interesting place for me. I think I’d like to come back to New York in another 100 years–take space-age mass transit, see a show, hear live music and wonder at the new, the strange and most of all, what still seems familiar.

One of Dr. Sane’s greatest moments was berating Wildstar and Sergeant Knox for fist-fighting, and setting a poor example of leadership. What sort of sharp-tongued advice do you think he’d have for us as a nation today?

I can actually hear Dr. Sane saying this: “Our world and all of our futures are at risk. Now is the time to put aside our differences and focus on our common needs and the kind of world we want our children to inherit. There is no other way to achieve it unless we work together.”

PS: One thing leads to another. When we asked Frank if he was acquainted with any other actors from Star Blazers, he said that he was in communication with Lydia Leeds – Queen Starsha herself. Read our exclusive interview with her here!