Our previous “Time Machine” features collected vintage magazine articles in chronological order to reconstruct the experience of a first-generation fan watching new Yamato productions unfold in real time. The fact that we ourselves have been doing the same since Yamato Resurrection‘s arrival in 2009 makes it easier to put ourselves in their shoes, even for a film or TV series we’ve seen many times.

So here we go again with Yamato III! As with the coverage for Be Forever Yamato, there were still only two high-profile anime magazines at the time, Animage from Tokuma Shoten and The Anime from Kindai Movie Co. The next publication to join their ranks, My Anime from Akita Shoten, did not appear until just after the series ended in 1981, but that didn’t stop them from giving it their own special treatment.

The material in this first Time Machine collection covers three months (September to November 1980), but because of publishing lead time, all the articles focus on the beginning of the TV series, which made its debut in October. All this material was gathered before the ratings results forced a reduction in episodes (from 50 down to 25), so it presents the full flush of excitement for the most ambitious Yamato story of them all.

Each article is linked back to this index, and also to the next article in the chain for continuous reading. 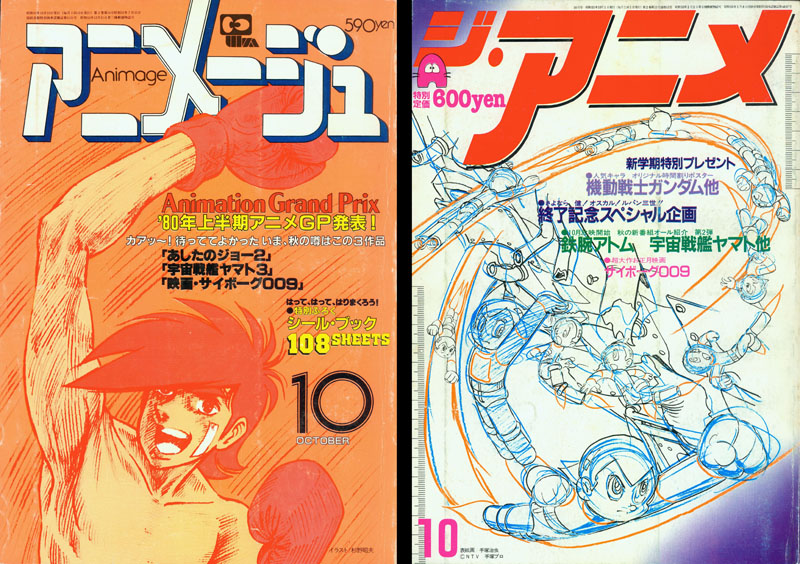 Animage came out swinging with a 6-page article headed by a new interview with exec producer Yoshinobu Nishizaki. He laid out the huge scope of the new series and announced for the first time anywhere that he intended to make one more movie after Yamato III. The news of Dessler’s return, new characters, messages from two key staff members, and the premise of the story all made for an exciting read.

The Anime didn’t have quite as much to offer with their first Yamato III article, but the balance of power was destined to shift. They described the premise of the series in a two-page spread as seen below. 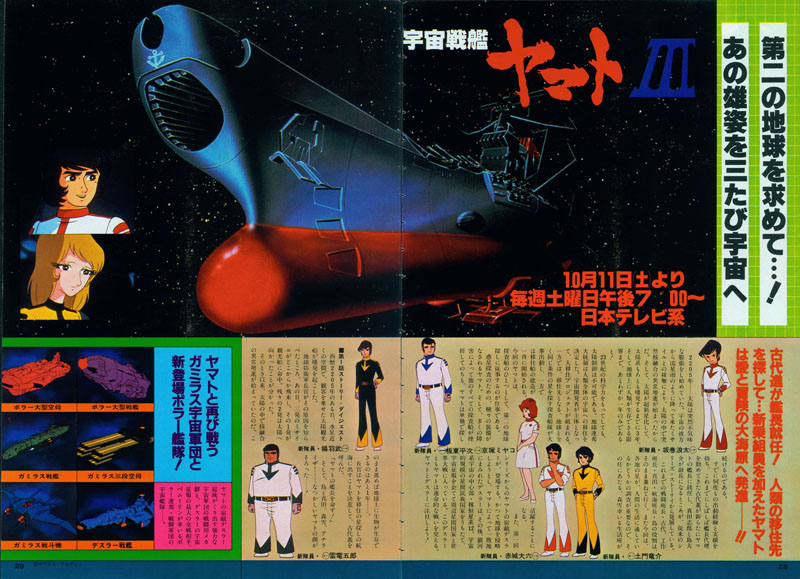 The Search for a Second Earth…!

A majestic figure goes into space for the third time
Kodai is appointed captain!
A destination for emigration of the human race is needed…
Yamato departs with a new crew for the open sea of love and adventure!!

In the year 2205, the sun suddenly begins to strangely expand. A missile came down like a meteor from distant space, which caused an abnormal increase in nuclear fusion in the sun. In three years, the sun will explode in a supernova and destroy the solar system. The human race can survive on Earth for just one more year!

Regaining control of the sun is impossible even for the advanced science of the 23rd century. The Earth Federation President decides the whole human race must emigrate into space. The Ministry of Space Development begins a large emigration project. Construction of emigration ships begins immediately, but Earth must mobilize a large vanguard exploration fleet to find a planet with the exact same conditions as Earth before emigration can start. Yamato is one of the exploration ships that engages in the search for a second Earth.

Various equipment is made for Yamato‘s planetary exploration. And even after all the other ships suffer setbacks by many obstacles, Yamato‘s search goes on alone. They have the experience and track record of many previous missions, and Kodai, who often served as acting captain before, is appointed as the new captain of Yamato. Shima Daisuke advances from the traditional series story to serve as second-in-command with Shiro Sanada.

Previously, Kodai lead the combat group, Sanada lead the engineering group, and Shima lead the navigation group. This time, the exploration of suitable planets everywhere is vital, so Yuki Mori plays an active part as leader of the life support group.

In addition, Yamato‘s old enemy Dessler from the first series reappears. Dessler tried to invade Earth once, and went down in defeat by Yamato. After that, he traveled to the center of the galaxy and built a new nation between the planets of 12 solar systems. He plots his conquest of space in a galactic war between neighboring planets. Yamato engages in a fateful battle with Dessler. Let’s pay attention to Yamato and Dessler! 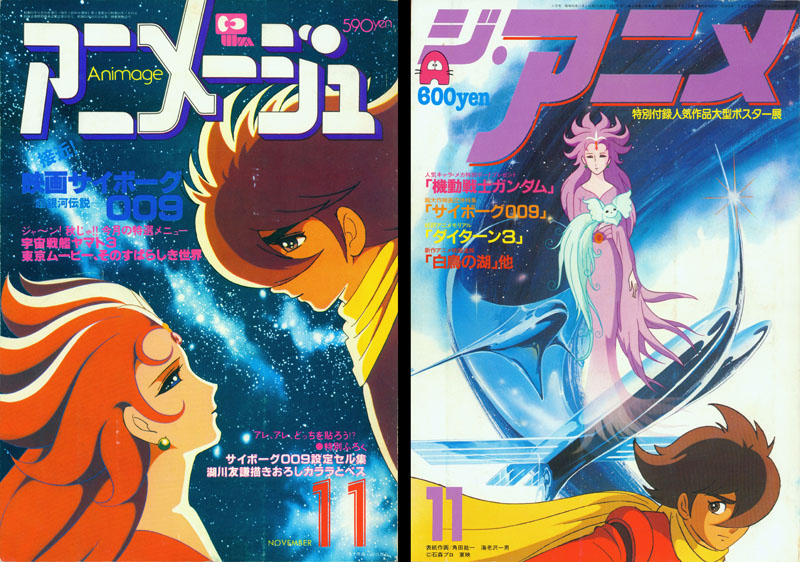 This issue hit newsstands and bookshops one day before the first episode of Yamato III went on the air. It contained a 7-page article on Yamato III that gave the world its first look at the new mecha, starting with the Cosmo Hound and delving into the fleets of the new enemies. Reporters visited the production studio to collect comments from artists and the recording studio to talk with voice actors on their first day.

At four pages this time, The Anime‘s coverage was increasing, but the content was still comparatively thin. There were descriptions for three new characters: Domon, Ageha, and (oddly) Bando, who didn’t have much to do in the end. But it’s always interesting to compare first impressions with hindsight. There was some excitement about how Yamato‘s next launch would be staged, and a brief report on the first voice acting session. 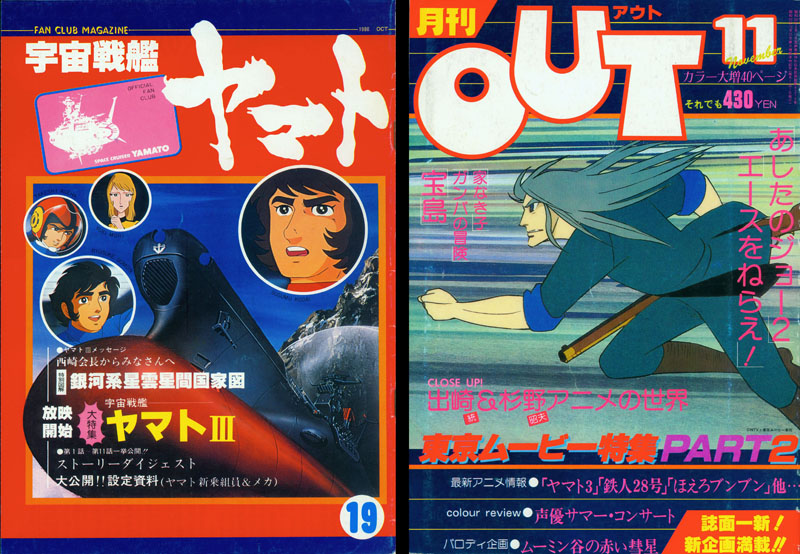 The fan club magazine was next up, and it naturally had the most to offer at this early stage: fully half of its 24 pages contained a generous helping of design art and story synopses for the first 11 episodes. This represented all the shows that were in some stage of production at the time. Episodes 9-11 were the first to be affected by the network reduction, so that fateful decision was not far off. For the moment, however, the warm introduction to the series by Yoshinobu Nishizaki still glowed with limitless passion for the grand new adventure.

OUT was still remembered as the magazine that helped Yamato come back to life in 1977, but by 1980 the original devotees had moved on and the only attention OUT ever gave to Yamato III was squeezed into the two pages shown below. However, the issue also presented the winning entries in a Yamato essay contest which will be presented here sometime in the future. 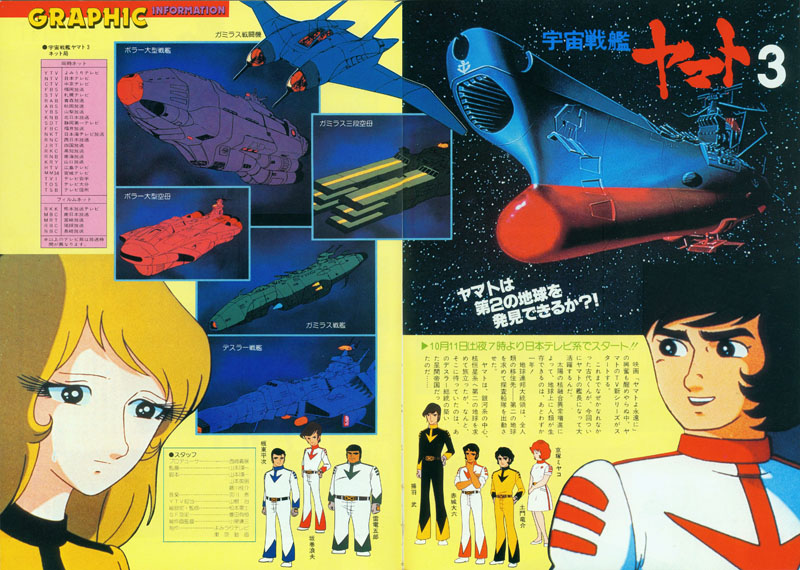 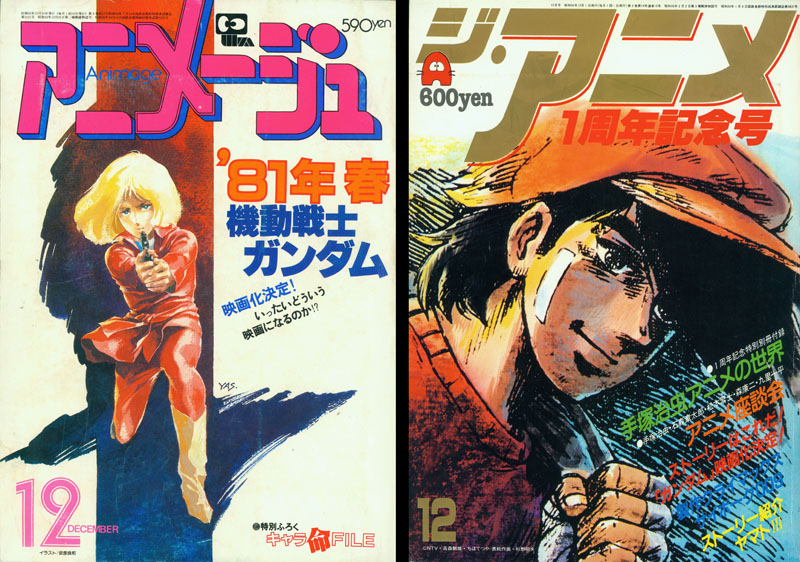 November 1980 was the month Yamato III‘s honeymoon ended. After ratings were in on the first four episodes, the Yomiuri network made its fateful decision to cut their commitment in half. The magazine coverage for November was assembled well before this point, but a shift in editorial priorities made for some odd timing. This issue of Animage had only three pages on the series with commentaries rather than detailed reporting. The magazine’s interest waned noticeably after this, with only one more article to follow.

The Anime, on the other hand, stepped up its coverage in a big way with an enthusiastic 8-page article that set the tone for many more to come. An interview with Yoshinobu Nishizaki dug deep into character interaction, and a new visit to the production studio netted commentaries from several staff members, which included the first mention of a young up-and-comer named Yutaka Izubuchi.