The moment Executive Producer Yoshinobu Nishizaki announced the sequel to Yamato, licensors lined up to develop spinoff products as fast as they could, a far cry from the cautious support they had lent to earlier efforts. The new film was loaded to the gills with intricate spaceships that set new standards for SF animation and the capabilities of Bandai’s model designers. Their success in meeting this challenge boosted Bandai to the very top of Japan’s model kit industry, where it has remained ever since.

This reissue of the 1977 “Deform Display Model” came with new box art for the release of Farewell to Yamato. Later reissues did not include the prepainted lower hull.

This reissue of the “gold version” Yamato came with a prepainted lower hull and could be mounted onto a special display panel that was both self-supporting and hangable.

Reissue of the 1974 Analyzer with windup motor and new box art. 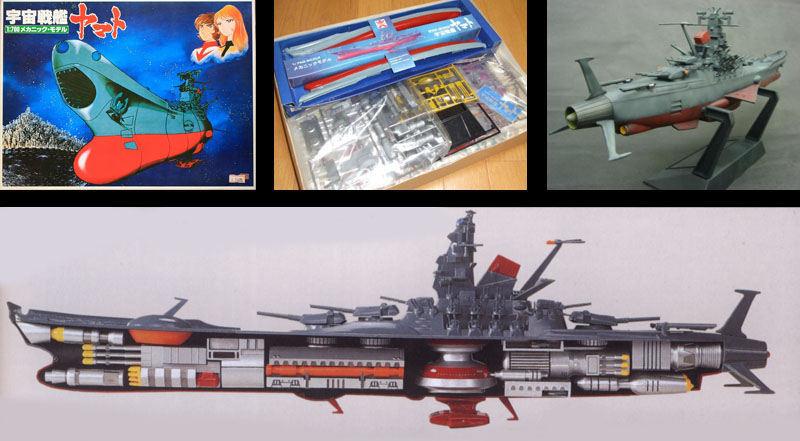 Fans who were fascinated by the intricate cutaway views of the Yamato could now build it for themselves from the inside out and snap on the port side of the ship to cover it up. About twice the length of the “Matsumoto” Yamato, detail and accuracy were greatly improved. See a Bandai magazine ad for this kit and the Image Model here

This was not only the first “enemy kit” in the Yamato lineup, it was one of the earliest of any series, since most model manufacturers focused only on the “hero mecha.”

Another fan favorite, this sleek fighter was a nearly perfect realization of the animation design sheets. 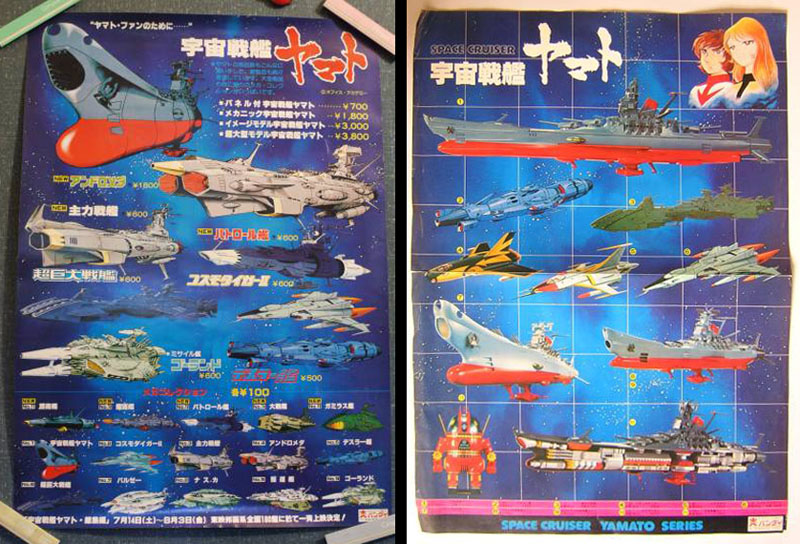