The arrival of Yamato 2 on television in October 1978 extended the explosive success of Farewell to Yamato over a six-month period and kept fans primed for new model kits that populated both versions of the story. This was also the birthing period for the next Bandai revolution, the smaller-scale Mecha Collection kits that retailed for only 100yen (about a dollar) and ignited a modelmaking fever like none before it.

Over 20 inches long, this finely-crafted behemoth was the largest Yamato kit to be found until Bandai’s 1/350 version was released in 2007. It came bundled with a redesigned Analyzer kit that eliminated the windup motor function.

The second enemy ship to be released, this monster was also another “panel model” with supporting wires that threaded through a heavy cardboard display panel. 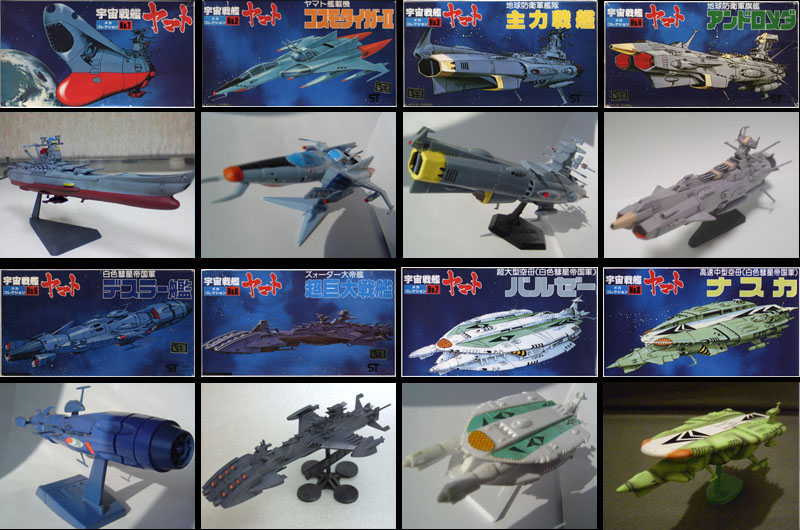 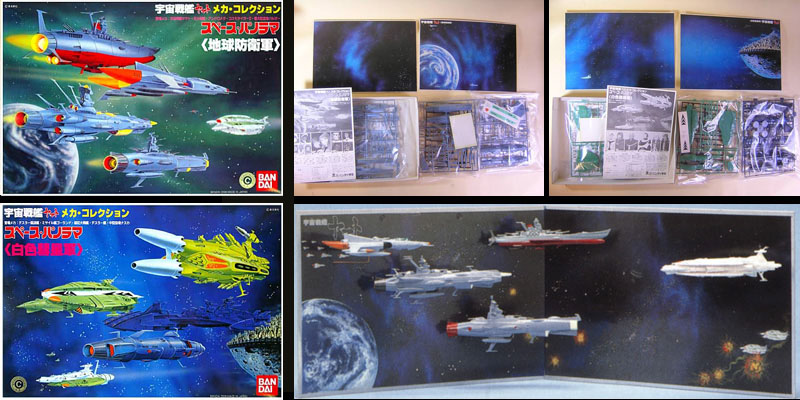 Shown at bottom left, this second set nicely balanced out the first one with Dessler’s Battleship and four Comet Empire ships. Purchasing both of these Space Panorama sets would net all ten of the mini-kits that had been released thus far.

This was the first release to include bonus kits: two miniature Comet Empire fightercraft. 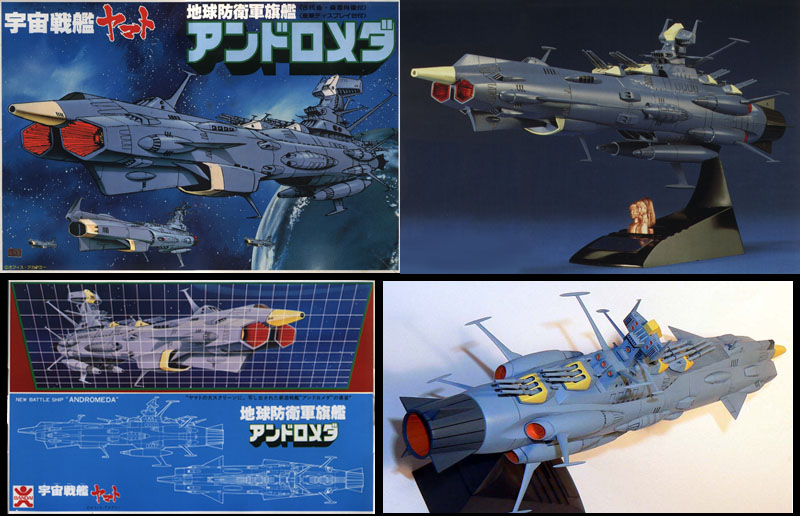 Over 15 inches long, this handsome kit required almost no painting and came with lights for the engine that could be activated by the sliding Kodai-and-Yuki-shaped switch on the stand. 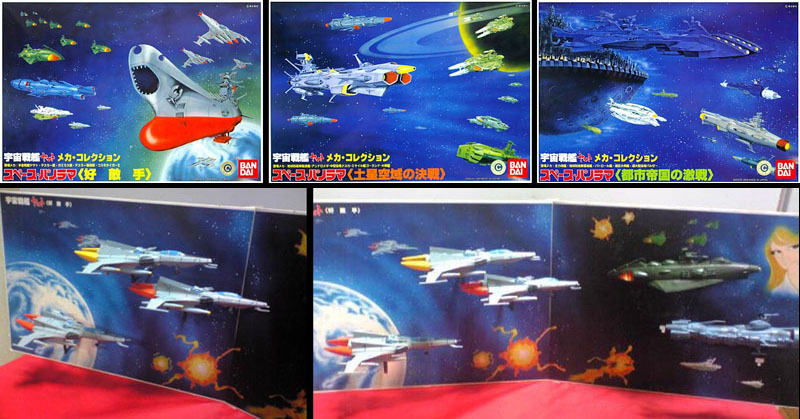 Shown above left, this set pitted Yamato and a Cosmo Tiger against Dessler’s Battleship, a Gamilon Destroyer, and a Comet Empire Destroyer. 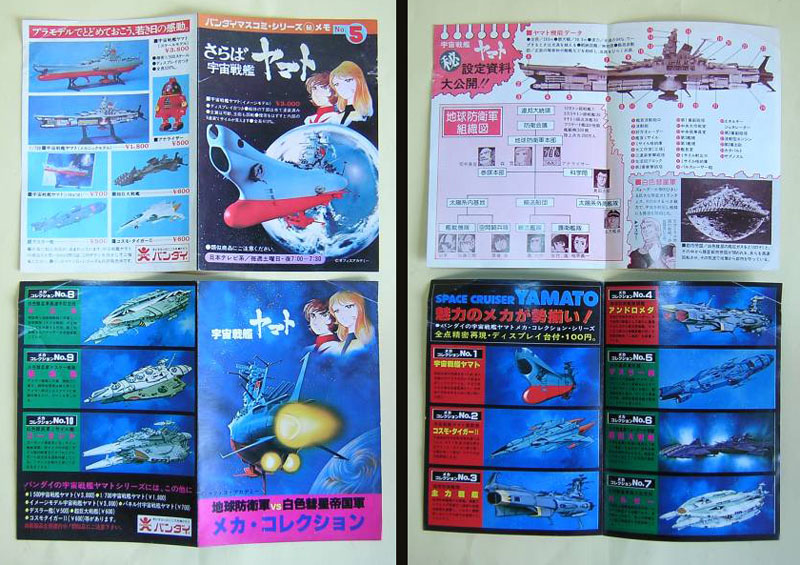