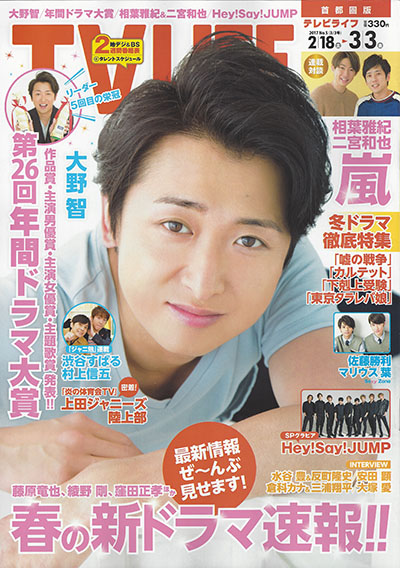 A new work of the immortal masterpiece Space Battleship Yamato will screen in theaters from February 25, continuing from Yamato 2199 (2012-2104). We interview Daisuke Ono, who performs the voice of the main character, Susumu Kodai.

A new gimmick with the characteristics of Yamato

This work uses Farewell to Yamato (1978) as its motif. Mr. Ono, who has participated in many anime works, gave his impression.

“It’s based on Farewell, but it’s also a sequel to 2199. Rather than just a retracing of the old work, it’s a work that shoulders Yamato very well and communicates it to a new generation. I’m sure it will also be convincing to Yamato fans.”

Former Yamato combat chief Susumu Kodai returned from the voyage to Iscandar and is currently the captain of Yuunagi in a destroyer fleet.

“Rather than taking on the role of leading everyone, Kodai is only close to one crew. Turning his back on them and behaving so effeminately. (Laughs) In other words, there’s a gentleness that makes him slightly different from the bold and reckless Kodai of the old series. But Kodai’s hot-blooded passion hasn’t disappeared. In fact, the other crew members like Nanbu and Shima supplement it. So when I go in for a recording, I feel like ‘I’m not alone.’ I keep the image of the crew in my head, along with Kei Tomiyama, who was the original voice of Kodai, and build a personality from that.”

What is an impressive scene in this work?

“That’s hard to say because everything is so impressive. (laughs) The scene where Yamato appears has exquisite timing, and I was moved purely by what appears on the screen. The composition is great, too. I went numb at the ‘Kodai, board Yamato‘ line from Captain Okita.”

Finally, a message from Mr. Ono.

“In this new interpretation of Yamato, there are many gimmicks that can be done simply because of modern techniques. Since the title is Soldiers of Love, it is a work that depicts the love of various generations, and I’ll be glad if you see it regardless of your age or gender.” 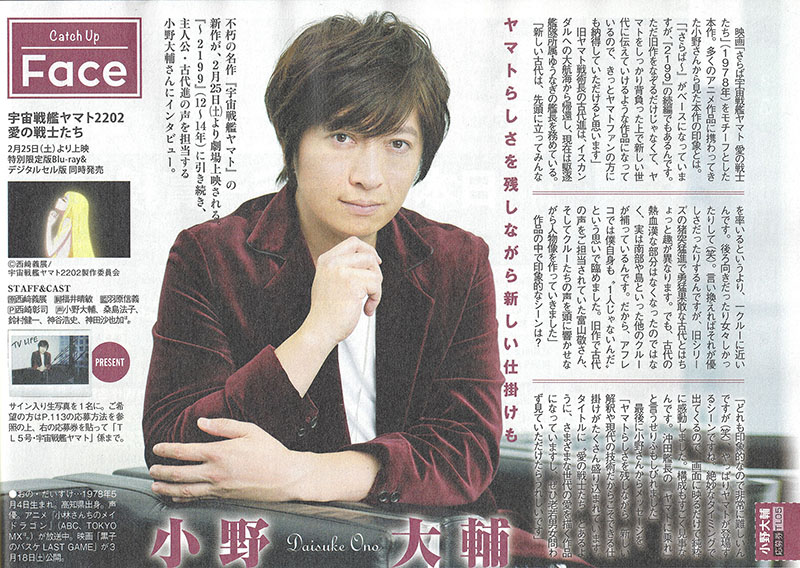