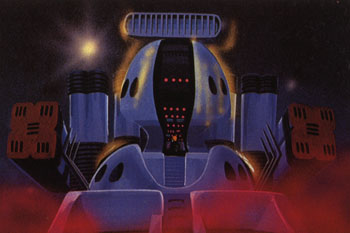 In this issue I took the liberty of showing a scene I’d wanted to see in Star Blazers: the activation of the Cosmo DNA (Cosmo Cleaner D). I had spent many a year musing on the mechanics of this machine. As a result, I’d developed a theory about it that worked very well for storytelling purposes. This theory enabled me to tie together the mystery of Iscandar’s death with the rebirth of Earth. Briefly, my theory was that the Cosmo DNA was much more than some sort of mechanical gadget. Instead, it was the ultimate manifestation of technology, the “Final Gadget,” the last tool created by the ancient Iscandarian race. 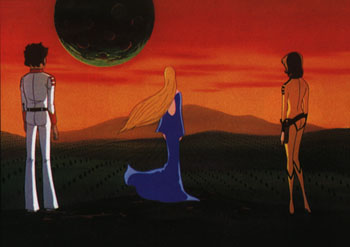 The Cosmo DNA was a wish-fulfillment device, a machine capable of turning the user’s desires into physical reality. It was the Cosmo DNA that eliminated the race of Iscandar, by making real a spiritual “virus” present in the Iscandarian psyche: the desire to be as gods. Over uncountable millennia, the race of Iscandar had become decadent. They had advanced technologically, but not spiritually. Despite their near-godlike control over matter and energy, the Iscandarians were still at their core all too human, and still bore within their hearts the same dark desires all humans bear. Upon its activation, the Cosmo DNA acted upon these darkest desires of the Iscandarians and killed them all. Only Starsha and her sister Astra survived, for they alone had not fallen prey to the spiritual sickness that gripped the rest of Iscandar.

Those of you who enjoy ’50s sci-fi films will of course recognize this moldy old plot device for what it is: a shameless ripoff of George Pal’s Forbidden Planet. That’s right–Iscandar was destroyed by “Monsters From The Id!” 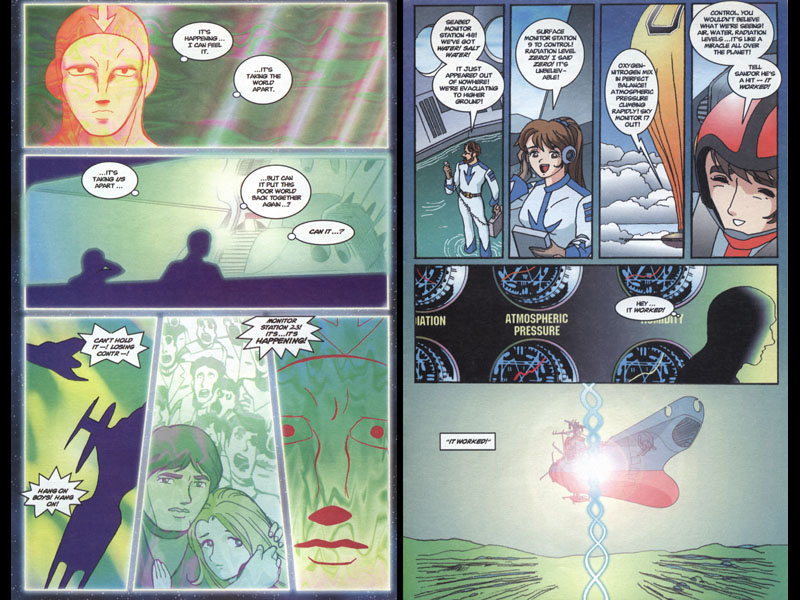 Anyway, this wish-fulfillment ability is how the Cosmo DNA restored Earth’s biosphere: it translated the most heartfelt desires of the remaining population into reality. Of course, it was the fighting spirit of the Star Force that gave the survivors hope. Therefore, in a very real sense, the Earth was saved by the burning hearts of Our Star Blazers! When Sandor flipped the switch, the Cosmo DNA literally took the entire Earth apart, quark by quark, and rearranged it into its prewar, green-and-growing condition. It then shut down, never to function again (a plot point I threw in to prevent future Star Blazers writers from having a convenient deus ex machina to fall back on). 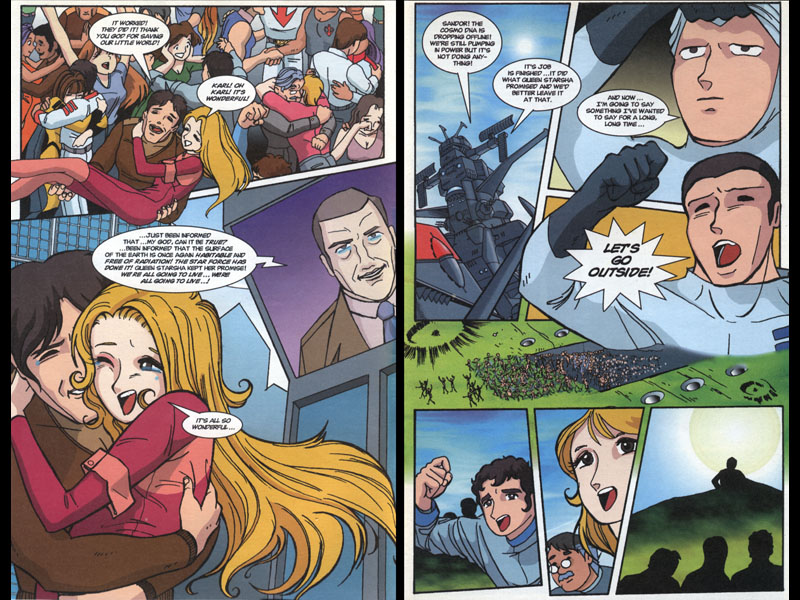 In this issue I also laid the basis for the eventual return of Avatar/Okita in Final Yamato. As the Cosmo DNA rebuilt and restored the Earth, it also rebuilt Okita’s physical body and restored it to life. Of course, a man is more than just electrified meat; the good captain was reborn completely without knowledge, language, or memories of his life. This twist not only gave me a way to bring back the captain without resorting to the justification given in Final Yamato, it also gave me the opportunity to introduce his teacher and caregiver, Army psychologist Lieutenant Gally Forrester, Nova’s younger sister. She and her consort Karl Ryder were the two characters I was planning to use as the double nucleus of my post-Final storyline.

It also gave me the chance to introduce another character I wanted to use in future stories: Queen Astra. As Blazers fans know, Starsha’s sister Princess Astra (“Sasha” in the original Japanese series) died bringing Starsha’s offer of aid and the plans for the Wave-Motion Engine to the human race. My idea was to bring her back by having the Cosmo DNA revive her body as well. By having Astra alive, I hoped to be able to replace poor, dead Sasha in my post-Final stories with another innocent blonde royal space goddess. Sadly, these stories were fated never to appear. The story, such as it was, centered on some good teen drama between Sasha and Sandor, and allowed me to intro a new character that I really liked (Ensign Nana, the Indian comm officer on Derek Wildstar’s ship). The cliffhanger comes as Sandor steps out into space “to think”(???), and Sasha prepares to make a momentous decision. 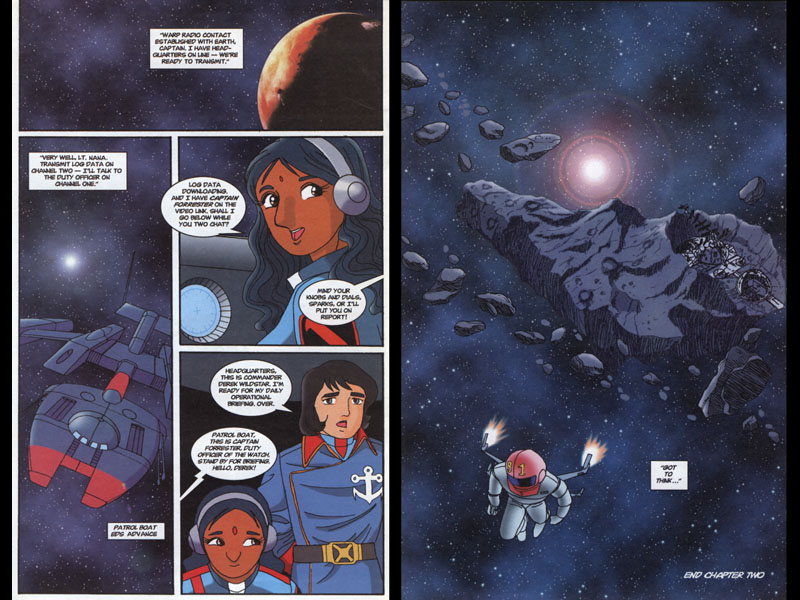