During the tenure of Yamato 2 on Japanese TV, a truly special and unique artifact of Yamato merchandising was released: the DoReMi Space Battleship Yamato bicycle made by Bridgestone! Tricked out with authentic decor from front to back, the power it conveyed came with truly awesome responsibility: the push of a button on the right handgrip was all it took to blow away neighborhood bullies with its Wave-Motion headlight. 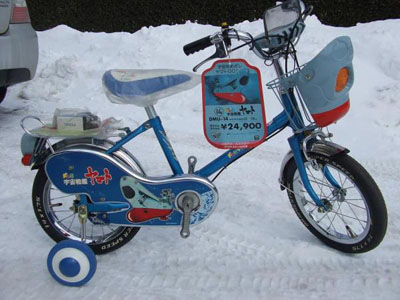 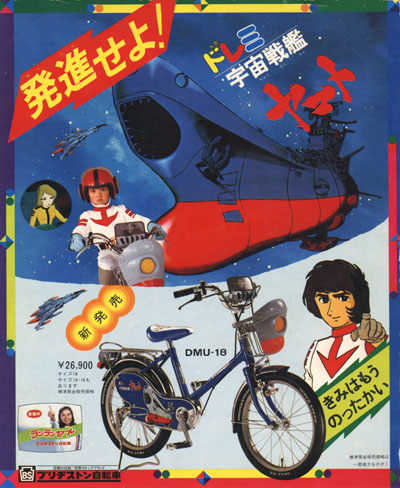 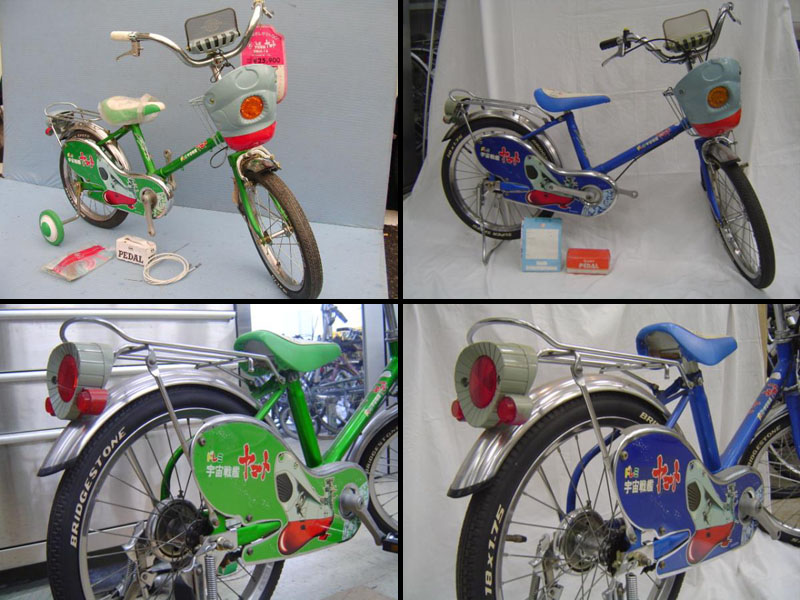 Though there may have been more, current photo evidence reveals only a green and blue version of the bike. Decoration was identical. The Yen price was 23900, somewhere between $150 and $200 in 1978 dollars. A bargain at twice the price. 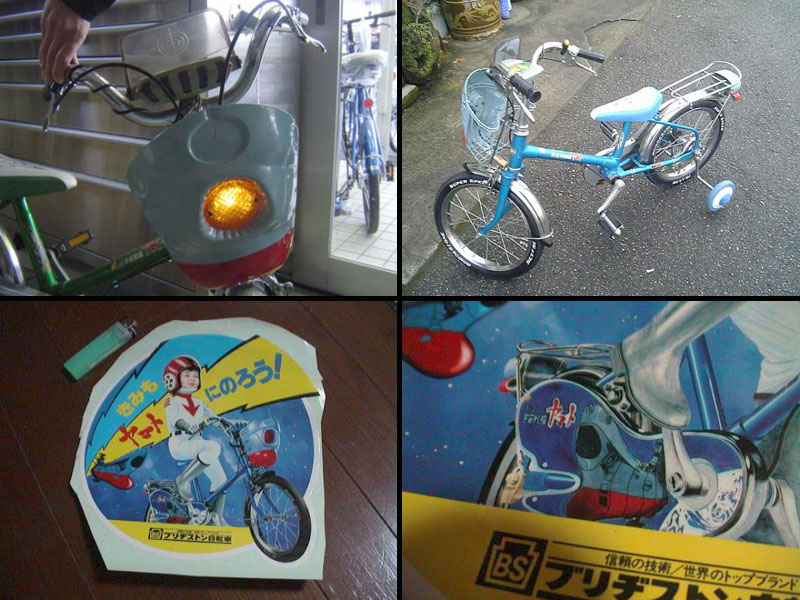 Only someone with a heart of stone could not be charmed by the headlamp. It’s easy to imagine trembling young hands carefully cutting out the bow notches with dad’s pocket knife. Bottom row: a promotional sticker from Bridgestone that couldn’t actually fit anywhere on the bike itself. 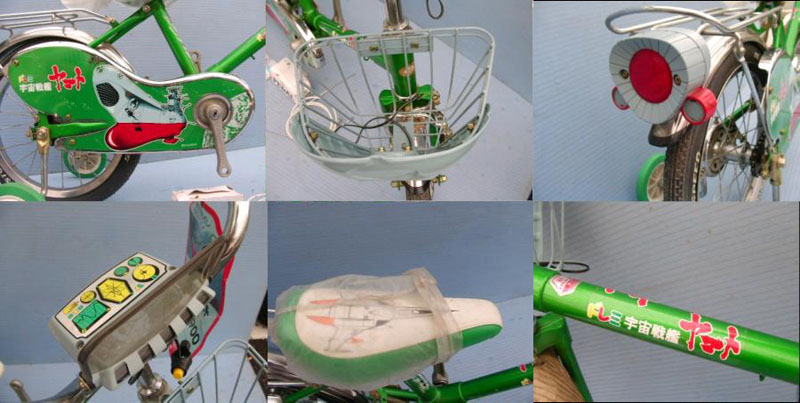 It’s difficult to decide which was cooler: the control panel or the Cosmo Tiger on the seat. But it’s easy to tell which one wore off faster. 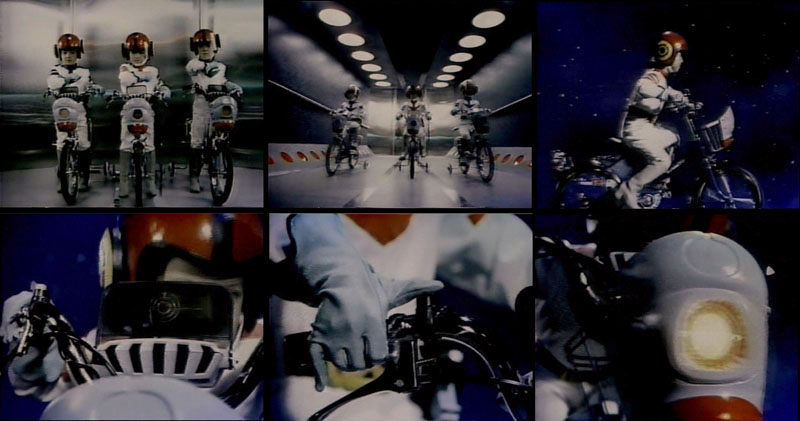 Stills from the Bridgestone TV commercial, broadcast during Yamato 2 episodes. Starring the three luckiest boys in the world. Watch it on Youtube here.

Below: a vintage flyer ad.

Of course, the bike has been out of production for decades now, but it still turns up when you least expect it. Here’s one on permanent display at a “Showa Era” theme-mall in Odaiba, Tokyo.

Above is a green model that turned up in an online auction on November 2010, and below is a black one that appeared April 2012. Both looked as miraculously unused as the day they were bought.

The truly obsessed Yamato fan had a few custom options: a pair of Be Forever Yamato spinner flags released by Amada and distributed by Popy in 1980 (left) and a trio of vinyl mudflaps–bootlegged by unknown parties. 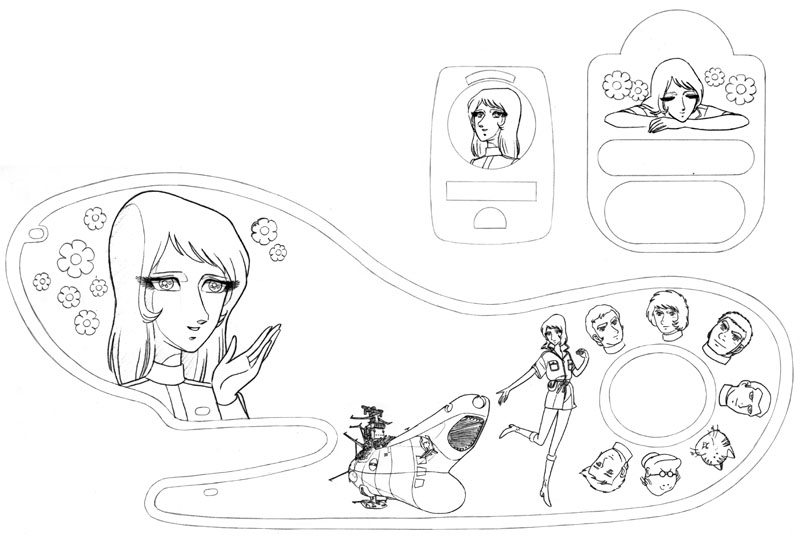 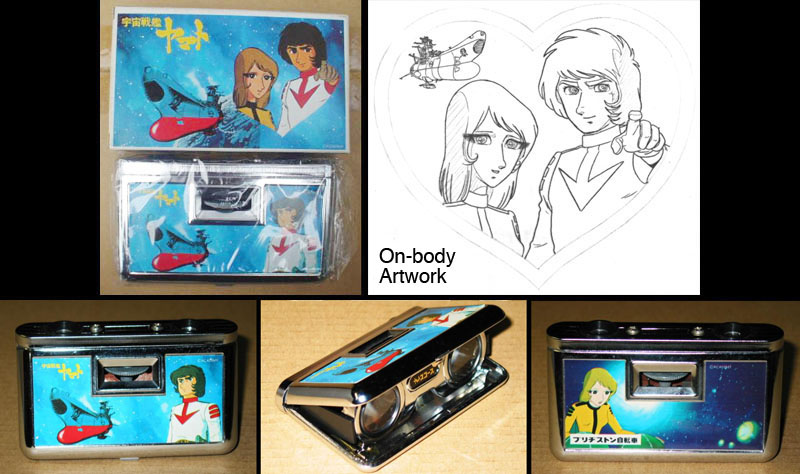 Bridgestone released one other product during the same timeframe, a pair of foldout binoculars called the “Yamato Scope.” Undoubtedly useful for spotting other Yamato bicycles!