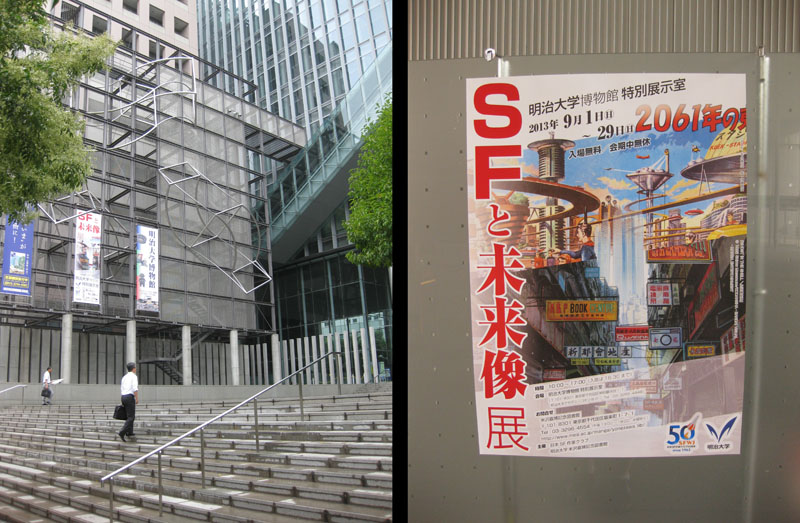 Meiji University had just opened a new exhibit named “SF and Future Visions,” which I saw with my pal Tsuneo Tateno. No photos were allowed, so all I can tell you is it was the greatest thing ever created by human beings. I will never be the same after seeing it. You’ll just have to take my word on this one.

To my utter surprise, Meiji also had an exhibit space devoted to writer/lyricist Yu Aku, who wrote the words to all the Yamato songs of the original saga. Couldn’t take the camera inside, but there were all sorts of artifacts inside including a rebuilt version of his actual writing room.

A wall of Aku’s music on 45rpm singles. Everywhere I go, there’s Yamato.

Apparently you need an engineering degree to make proper use of the toilets at Meiji University. Though I’m sure we agree that ALL toilets would benefit from a volume control.

At left: The entryway to the Leiji Matsumoto exhibit in Wakayama. A TV in the corner continuously looped a speech he had given in this very room. At right: manga volumes and pages in the center display case.

At left: a pristine collection of Matsumoto’s first published works as a teenager. At right: his more “mature” fare from the 60s.

At left: The Ueno Science and Nature Museum. That blue whale was a good sport, holding that pose all day long in the hot sun. At right: they had a magnificent hall of dinosaurs. Who cares if the occasional owl gets mounted there by mistake?

One of the things I love about giant dinosaur skeletons is their rich, chocolate color. This T-Rex was, in fact, made entirely of chocolate. Note the word “was” in that sentence.

If I had to be a dinosaur, Ankylosaurus would be a good pick. You can’t run very fast, but you’re immune from all backbiting. At right: this Stego gets major props from me. How would YOU like to be preserved for all time with a big flap of fossilized skin hanging from YOUR neck? 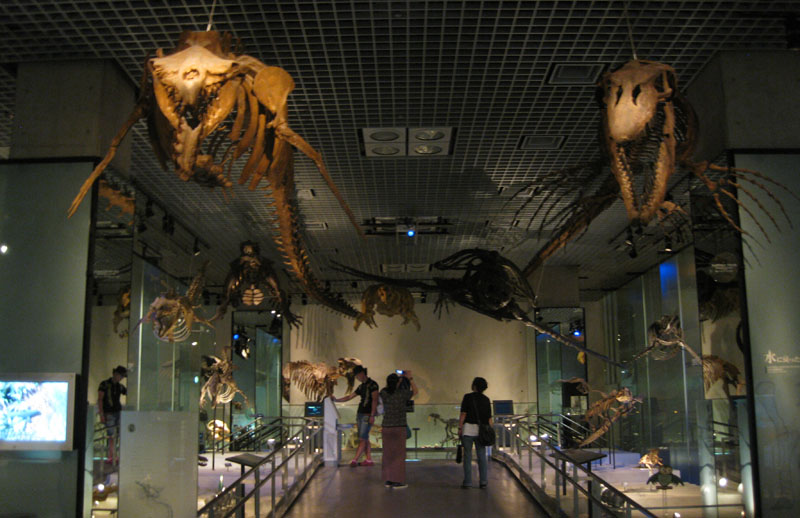 The Hall of Things That Would Swallow You Whole.

Left: no one was more surprised by their own extinction than “Bugeye” Bobasaurus. At right and below: fossilized Gamera. 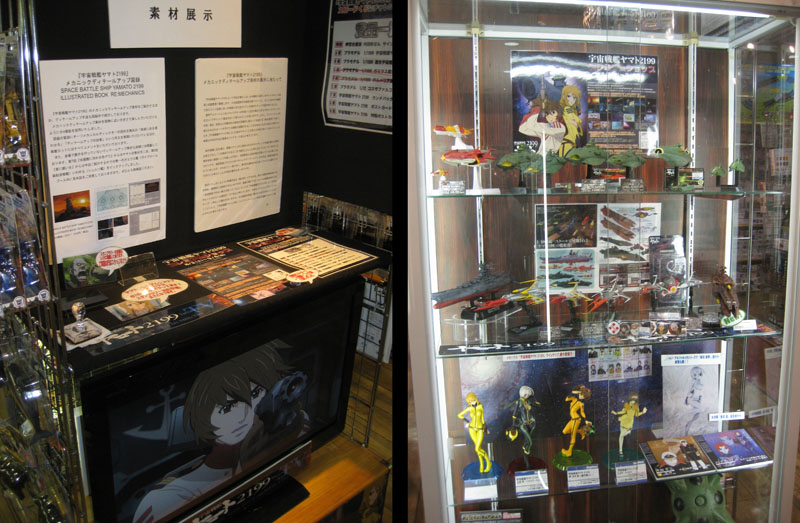 Back to the modern world. At left: Yamashiro-ya toy store’s booth for the Yamato 2199 “stamp rally.” Here you’d get a card with space for two characters, Kodai and Yuki. You’d then rubber-stamp a Kodai and take your card over to Kinokuniya Bookstore to do the same with Yuki – then win a prize. At right: A whole case of WIN.

At left: FOUR Yamato Girl figures in one place! At right: another case – the bottom shelf contains a sketch by Yuria Misaki’s voice actress, Aya Uchida. To the left of that is a Space Wolf model kit from Captain Harlock. Despite the bitter standoff between properties, stores in Japan are only too happy to cross-promote them. 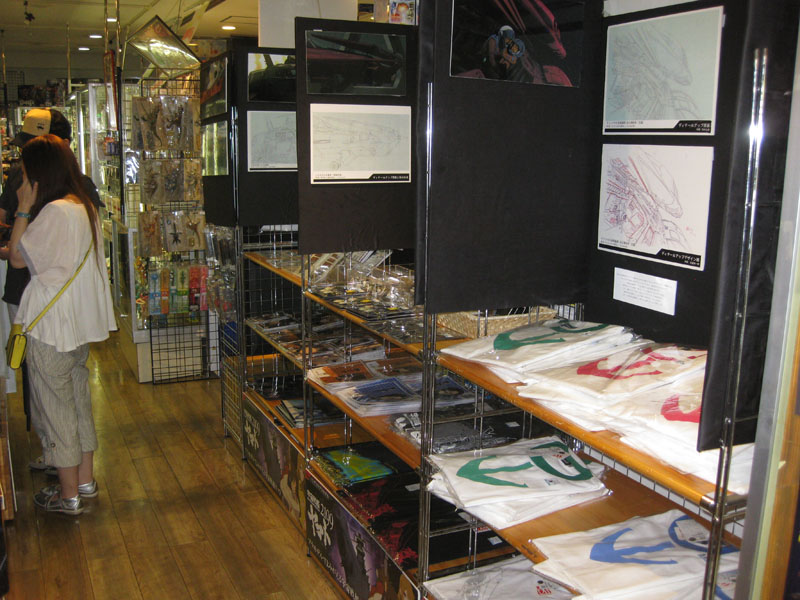 One side of the Yamato 2199 Premium Shop aisle at Yamishiro-ya. The upper half is a gallery display of animation art. The lower half has various things for sale, including XL t-shirts that actually fit Americans!