Left: jumbled architecture like this is one of the things that makes the back-streets of Tokyo so photogenic. At right: the “Robot Restaurant” in Kabuki-cho, as promoted by the big robot ladies. I’m told it’s not even the good kind of sleazy and disgusting, so this is as close as I got.

Left: The breakfast of champions at Cafe Renoir – give me an A set, a B set, and an orange juice, and I’m ready for anything. Right: what not to name your restaurant.

Left: after the live-action Yamato movie introduced me to a whole pantheon of Japanese actors, I’m seeing them everywhere. For example, on this poster for Emperor, starring Tommy Lee Jones as Douglas McArthur, you can see the actor who played Engineer Tokugawa in the upper right corner. This is going to go on for a while, isn’t it? Center: some of Japan’s numerous “weekly file magazines” come with DVDs. Here’s the latest issue of the Galaxy Express 999 DVD magazine. Each comes with three episodes. Right: the same thing is done with the classic TV show Mystery Zone. You remember that one, don’t you?

Left: if they were REALLY a “Brand Off,” wouldn’t they be selling “Hermez” and “Channel”? At right: everything you need. 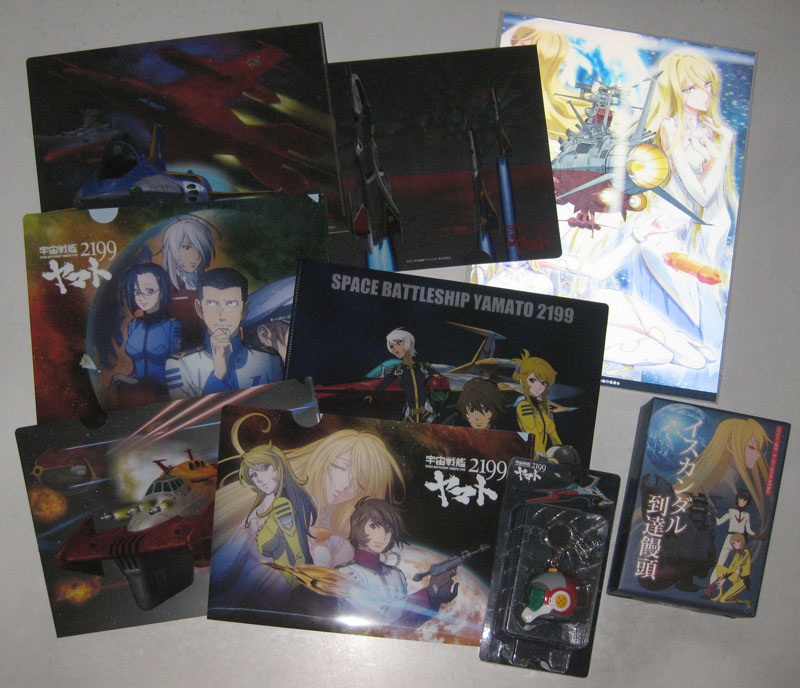 More of the haul: various Yamato 2199 items picked up during the trip – clear files, a 3D lenticular poster, a box of pastries, and a helmet keychain. It’s bigger than a golf ball, so that ain’t going in anyone’s pocket. 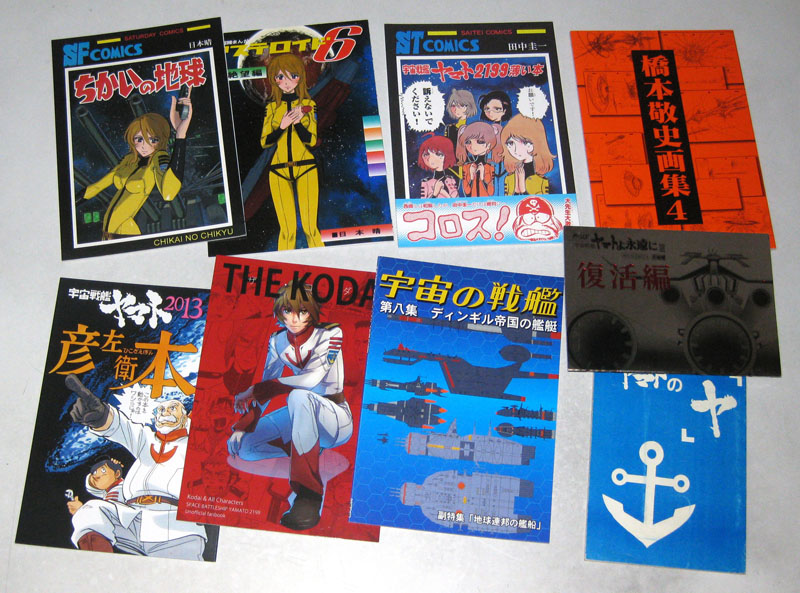 Various Yamato doujinshi. These aren’t sold in stores; I’d won them in online auctions and picked them up while in-country. 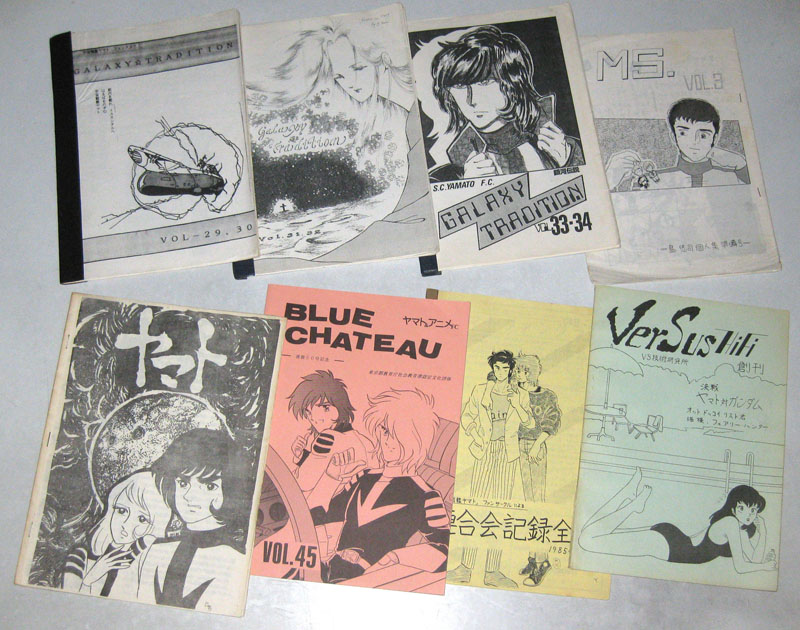 Vintage Yamato doujinshi from the 70s and 80s. Ditto the above.

Here are the pastries. These were sold at Comiket and also in theaters. The actual Japanese name is Toutatsu Manjyuu (celebratory pastries filled with sweet bean paste). The outer wrapping is glued together, so if you’re the kind of collector who needs to keep this stuff pristine, you can’t ever open it up. But hey, I just made your box more valuable.