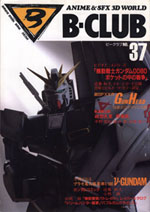 As the only company other than Bandai to mass-produce plastic Yamato model kits, Nomura Toy earns special recognition, especially given the high quality of the four models they released in November, 1978. Here to provide that recognition is a superstar of modeling culture, Makoto (“Max”) Watanabe, founder of one of Japan’s first and best-known “garage kit” companies. This testimonial originally appeared in B-Club Magazine issue #37, published by Bandai Media in 1988.

My Life Changed with Yamato

These completed models were built when I had just entered High School. They’ll be antiques pretty soon. At the time, while being involved with water polo, I was also busy as a member of the Manga Research Club, and when I returned home I was the typical model-building geek making Yamato model kits.

I really didn’t care for the wind-up version of Bandai’s Yamato, since I had neither the skill nor the tools to modify the motor part (where the Third Bridge is positioned). Instead, I patched over that section from parts my friend had thrown out, but the result was still unsatisfactory to me. When Bandai came out with the four wind-up kits (Yamato, Cosmo Zero, Black Tiger and Analyzer) during the first TV series, they had a spring-launch version of the model, and every time they appeared on the TV commercials, I really wished that I could afford to buy them.

After Yamato’s first series ended (during the same time they were showing Heidi on Fuji TV and Wolf’s Brigade on TBS), I followed the fan call and leaped with joy when the BGM record (from Nippon Columbia) came out with the release of the movie. Then Farewell to Yamato came out. I was shocked and saddened to see the characters that I had come to love die one by one. My tears wouldn’t stop flowing after watching the movie. I recall sitting in the movie theater, totally embarrassed, unable to leave until my tears had dried. Looking at the others around me, I noticed that they all appeared to have cried as well. That’s how powerful Yamato was.

For me, this emotion led me straight to model building. After the Deform Display Yamato, Bandai came out with more Yamato models. What made me really happy was how the kits went from being a mere toy to a strong display piece.

Next was the stage when I learned how to spray paint by practicing masking. For the nozzle I managed to get a hand pump (which looked like something used to spray insecticide) that cost me around 700 yen, at the advice of a guy at Murata Models, because there was no way I could afford the real thing [An airbrush]. This nozzle also created a large blister on my palm…

I built whatever came out, although I didn’t come across anything from Yamato III. The main thing I masked was Yamato’s water line, the bottom area that’s red. Even now there are a lot of modeling techniques being introduced, including “full scratch building,” but at the time there wasn’t anything particularly fashionable about models, so the main thing was to build them neatly and paint them well. 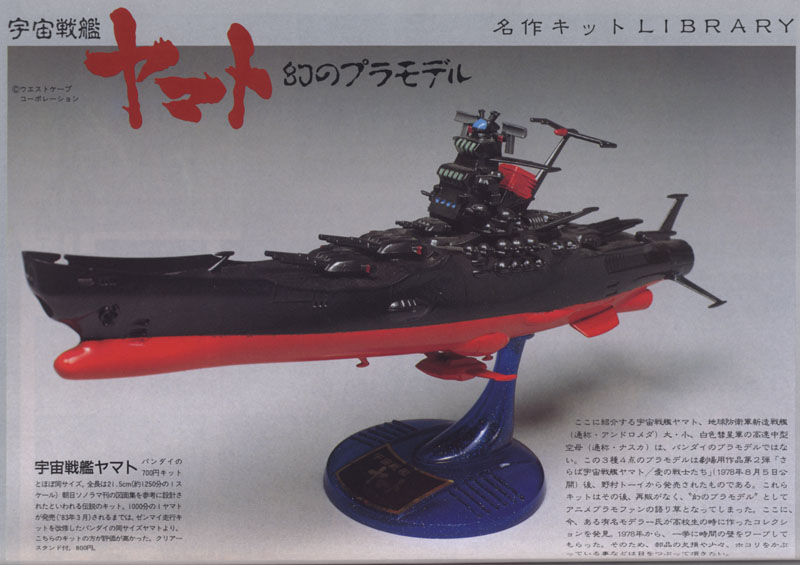 These completed Yamato Plamodels still stand the test of time when compared to the models of today in terms of proportion and detail, and one can even say these earlier ones were actually superior. These models are by Nomura Toy, and they are the rarest of the rare. There were a limited number made, and because the model shops only sold them for a short time, it’s no wonder very few people know of their existence. However, to the true Yamato fan they are considered to be amongst the Kits of Legend.

This is a popular kit because it faithfully followed the proportions of the ship, namely the belly, how the connections gathered around the engine compartments, as well as the region around the opening of the Wave Gun. It may not be as sleek as the Bandai version, but I still like the way the entire package is put together. This kit sold for just 500 yen at the time. 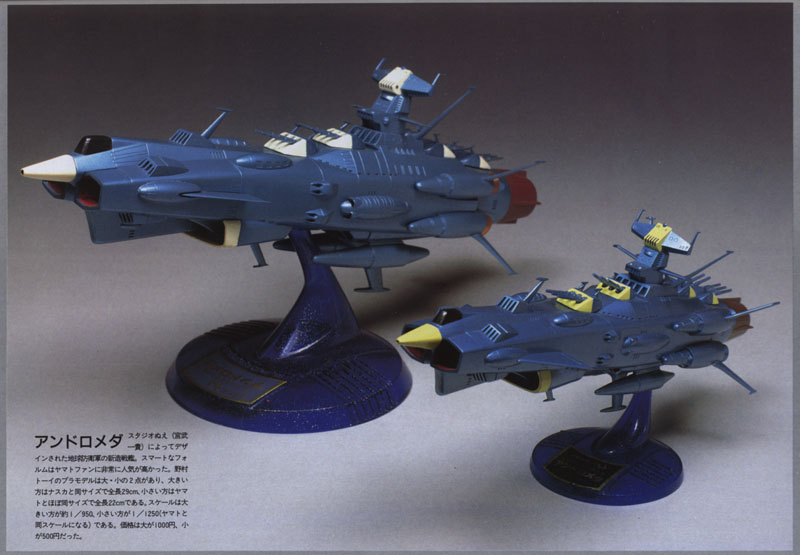 If you look down the opening of the Wave-Motion Gun (which is similar to Yamato’s) you’ll notice the design is pretty much the same. The proportion is excellent. I was wonderfully surprised by the beauty and magnificence of the mold, as well as the sharpness of the antenna parts. 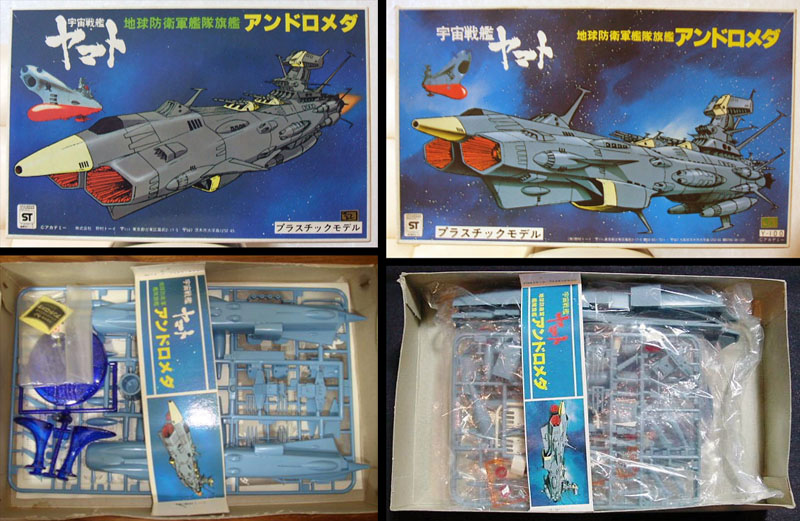 The large version used clear parts in various places. The bow, the bridge and the turrets all had different parts using predetermined colored plastic that attributed to the excellent quality of the model kit. The small model (above left) sold for 500 yen, and the large model (above right) was 1000 yen. (Editor’s note: today unbuilt versions of these kits easily sell for ten times their original price.)

This kit was superb. The front, lower intake sections and rear engine nozzles were made with clear orange parts. The sharpness of the parts and the superb proportions were excellent. I still wonder why this ship was turned into a model. Perhaps at the whim of the product maker? This was an extremely rare kit, and it was sad that they took it off the market so quickly. It sold for 1000 yen.

These days, it is common for most kits to remain unbuilt, but kids of the past, regardless of whether they were good or bad at model making, at least took the time to build their models completely. Rather than just opening the box and marveling at it, building the actual model was the main appeal. Without making models, you never get better at model-making. I feel there is a need for the “having fun” part of model building to return, these, otherwise the modeling world will eventually fall into a decline.

PS: Yamato is truly great. The Andromeda still looks grand to my eyes. Even the enemy space craft has its appeal. Isn’t it about time for people to be attracted to these ships again?