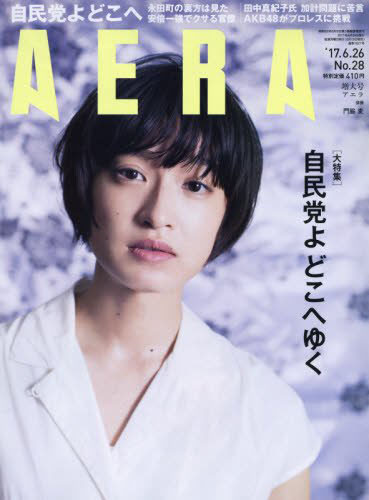 Of all the works that have been loved over the past forty years, this is one of the most iconic. Once a being of antimatter, once a person with supernatural powers, in the newest work Yamato 2202 she is depicted as a goddess who prays for peace in space. Sayaka Kanda plays this key character, Teresa.

When her appearance was decided, the response in her immediate vicinity was great.

“I was glad that the even officer manager, who is constantly calm, was also excited.”

The first dream I had in life

She went to a lot of trouble in creating the role.

“How do you find the balance between human quality and something godlike? I couldn’t know the feelings of God, so I obediently decided to ask the director at the site. He said, ‘It’s just a lone voice, and please understand that this character lives in a slightly different dimension from the other characters.’ Through trial and error, I reduced the intonation and played it calmly in a lower range. I devoted myself to a performance of subtraction.” 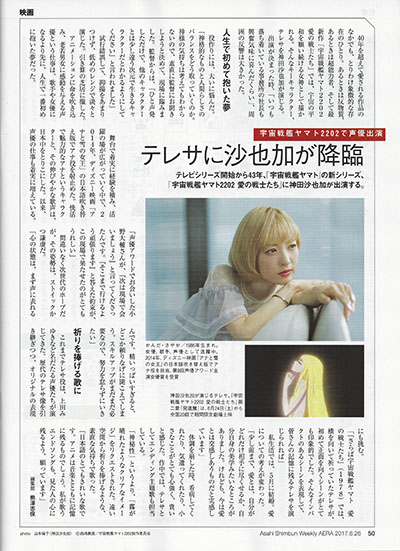 Becoming a voice actor who breathes life into animation and impresses men and women of all ages was her first dream in life, before becoming a singer and an actress.

Her achievements expanded while she steadily acquired experience on the stage, and in 2014 she won the role of Anna in the Japanese dubbed version of the Disney movie Frozen. The lively, attractive Anna and her free and easy singing voice entranced all of Japan. Since then, her work as a voice actor has steadily increased as well.

“At an awards show once, voice actor Daisuke Ono told me ‘Next I’ll see you at work,’ and I’m very glad that this promise was answered.”

It is definitely the hope of the next generation, but its stance is humble and stoic.

“The first thing a voice shows is a state of mind. If it’s too much, you can hear something slightly unreliable. I need to up my skills, so I want to keep trying.”

A prayer in song

Until now, famous voice actors such as Miyuki Ueda have played the role of Teresa. The challenge was to bring an original expression while surpassing the past image of Teresa.

“In Farewell to Yamato (1978), Teresa was praying toward the side, and the scene in which she faces front for the the first time was very striking. If I can play Teresa in a scene that expresses such impact, it will be memorable to everyone.”

Sayaka got married in May, and it changed some of her thoughts about love.

“Until a while ago, I thought of love as what you could do by devoting yourself to a partner. That was my own personal aesthetic. But now I realize that love is a communion.”

When one falls ill, the other nurses them. He or she becomes anxious and small things become very reassuring. It feels precious.

As Teresa, she is also in charge of the ending theme song. The request was for “mysticism,” or “an image of fog clearing.” She sang it with the honest feeling of a prayer from distant space.

“It is a very beautiful song in Japanese. This anime will be remembered with music. I hope that the ending song will remain in the hearts of the people who see it.” 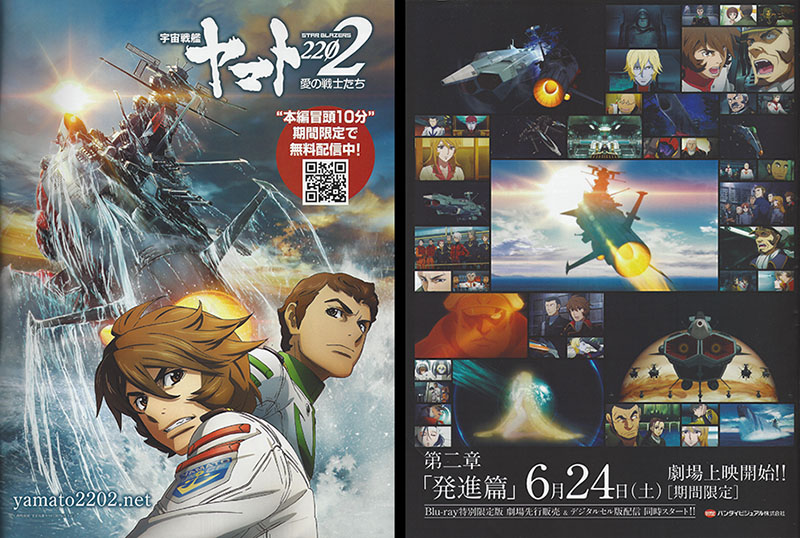