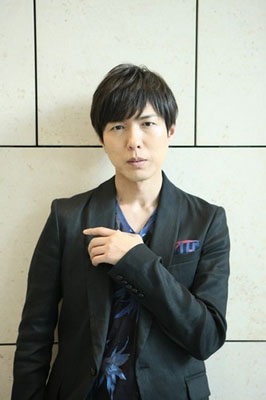 Yamato 2199, a remake of the immortal masterpiece Space Battleship Yamato, gained great support and lead to a completely new series, Yamato 2202, Soldiers of Love. When Chapter 1, Beginning Chapter, was released, the curtain rose on the magnificent journey of all seven chapters. Voice actor Hiroshi Kamiya, who appears in the series, says this of the famous story everyone knows: “The reaction of people around me has been great, unlike any work I’ve been engaged in so far, and I realized once more the magnitude of the work called Yamato.”

Mr. Kamiya has many skills that he brings to various characters such as Koyomi Araragi in Bakemonogatari, Seijuro Akashi in Kuroko’s Basketball, Levi in Attack on Titan, and Choroko in Osomatsu-san. In Yamato 2202, he plays the Garmillas Empire’s resident Earth military officer Klaus Keyman, who becomes a “key man” in the story. 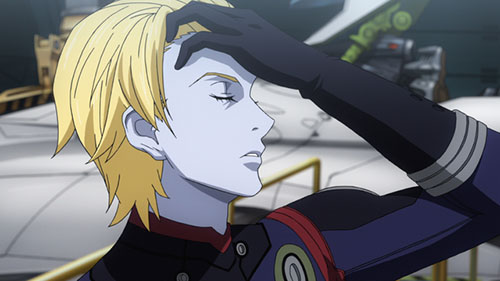 “It is not an exaggeration to say that the battle scene at the beginning of Chapter 1 was ‘game-changing.’ (Laughs) I very much felt that it was produced with considerable attention. Creating a sequel to 2199 and making it completely new in the first place was a pretty high hurdle to jump. You could feel a lot of enthusiasm in Chapter 1.”

In facing the voice recording for this work, Mr. Kamiya thought, “It’s no problem if you play the part so as not to blur the core of the character.” 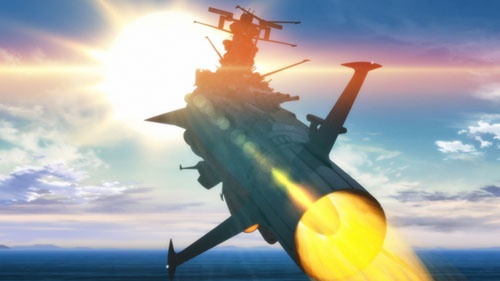 What impression did the part of Keyman make on him when he recorded Chapter 2?

“For the moment, there isn’t very much,” he said. “I think the relationship with Keyman’s senior officer Varel is the only thing I have to be careful about. In scenes where Keyman and Varel appear together, I am consciously acting so that it has a different atmosphere from the others. However, because it’s a part that I apply personal judgment to, I’m not sure if it matches the intention of the director…” (Laughs)

“There is the original Yamato, and there is Mr. Fukui’s script that the director will visualize, and I apply my voice. Because animation is made with various elements, I think I can add a good element. For the moment, since Keyman’s image is not very different from my assumptions, when you get a glimpse of change I think that will be the time when the story expands further.”

This is how he performs the figure of Keyman. But when questioned about his appeal, Kamiya reveals, “Honestly, I don’t quite understand. What is this character’s appeal amidst the whirlwind of this work? I try not to think too much about that. If I were to understand it and play up to it, I would tend to misjudge myself. (Laughs) However, a lot of people may be fascinated by the mysterious side where they don’t know what he’s thinking.”

Chapter 2, Launch Chapter, is noteworthy for making clear some of the events that happened in the previous work, 2199. Kamiya says he’s paying attention to the concept of Yamato vs. Andromeda. 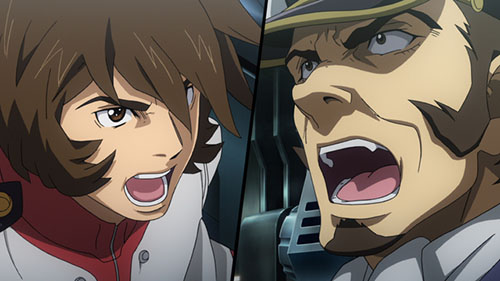 “I think that part will burn. There’s a point where Kodai and Yamanami both shout ‘Prepare for impact’ in unison, and they weren’t recorded separately in the studio. Usually the lines are covered apart, and they are balanced in the mix, but I think the staff thought the momentum would be more believable with the force of both Daisuke Ono and Masahi Ebara. The concept is that they are confronting each other. If you lose that sound pressure it will surely sound weaker, so the sounds couldn’t seem like they were yielding to each other. I think it was probably reworked and rewritten. But they tested it twice and then went for the recording, and I was very impressed.” 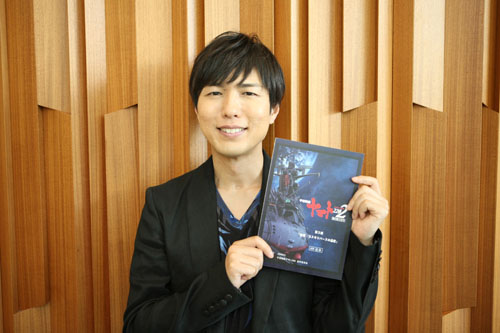 “There is a total of four TV series episodes this time. There’s a long measure before Yamato launches, and the place leading to the next episode is carefully shown. There’s another side to Yamato‘s launch, and everyone has their own conflict in leaving on this journey. The thoughts of mutiny on everyone’s mind is the biggest point of Chapter 2. It’s depicted neatly and carefully by this first-class staff. If you saw Farewell to Yamato in the past, which is the motif for 2202, I think it will be fascinating to see these questions asked.”