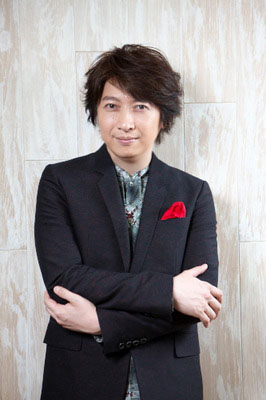 Daisuke Ono’s thoughts on Chapter 2: “I will finally start the journey”

Shortly after the release of Yamato 2202 Chapter 1, Chapter 2 will open to the public, and Daisuke Ono spoke about his feelings as the lead actor.

He previously played the anime roles of Kazuki Koizumi in The Melancholy of Haruhi Suzumiya, Sebastian Michaelis in Black Butler, Jushimatsu in Osomatsu-san, and Shizuo Heiwajima In Durarara! He is also active in dubbing for overseas dramas, such as Finn Hudson in Glee and James Gordon in Gotham.

He has also been working as a singer since 2007, and had a successful live concert last year at the Budokan. His tenth single Rosa-Blue Ocean is scheduled for release on June 28. He enthusiastically plays the role of the main character Susumu Kodai in Yamato 2202.

With regard to Chapter 1, Mr. Ono revealed his honest and complicated feeling of “Why do I have to get on board Yamato again? Must I fight against that anxiety and pressure?” But, he says, “Many fans said ‘Yamato is good’ and it was very favorably accepted, and I felt the ‘Yamato love’ of the staff.”

“I think Chapter 1 depicted the conflict of why Kodai and others had to board Yamato, so this Chapter 2 is the true departure. Finally, the true meaning is that Yamato will fly to space, and the catharsis is born between the first and second chapters.”

In the previous work, 2199, Mr. Ono said that he thought he was partly moved by a sense of mission, saying “I have to do it.” But this time he explains that it starts from his own will. 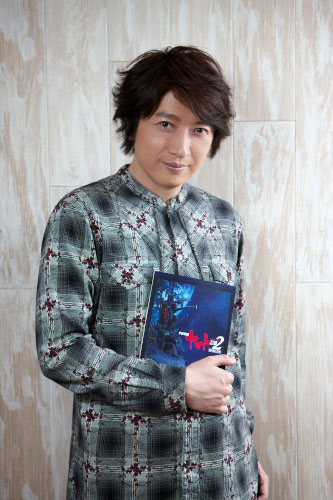 “The point is that we gather at our own will to get started. Of course, there’s the part where each person thinks carefully about it, but when they say, ‘I’ll do it,’ you feel their strong will.”

Meanwhile, Mr. Ono says Kodai was angered by how Earth had progressed to a place he didn’t recognize.

“In 2199, I reached an understanding even with aliens. Kodai reached a certain state of mind, but it was something he felt instinctually, not driven by logic. So why can’t Earthlings reach an understanding with each other? That’s his frustration.”

“Mr. Harutoshi Fukui said that he wanted to reflect contemporary human relationships in the script for 2202. I’d say that’s a part you can feel vividly. I’m turning 39 this year, and things just seem more painful when you get a little older. It’s about the age when you become a middle manager in an organization and you feel sorrow about the way society is going. I think Kodai feels that sort of anger, which doesn’t have an outlet. I have similar feelings, and you may be able to sympathize with the upper generation of Yamato fans.”

“It’s a feeling of ‘I’ll carry it on my shoulders.’ Last time I wanted to clear myself of regrets over my older brother and it was a feeling moved by various thoughts. But because I’m leaving by my own determination this time, in addition to being chosen as the acting captain, I feel like I can finally understand the feelings of Captain Okita. I that sense, I felt a lot of pressure.”

In the trailer that has already been released, the line “Yamato, Hasshin!” [Launch] appeared. Mr. Ono talked about the thought he put into that line.

“I was conscious of the way Mr. Takayuki Sugao said it as Captain Okita, and I performed it with that voice in my head. Kodai is certainly moving things forward as a leader, and I think of Yamato as Captain Okita’s ship.”

The second chapter was made with the “Yamato love” of the staff, and Mr. Ono swears that “a new Yamato is being made” with determination and resolution. Finally, he gave a passionate message to fans who are waiting for the premiere.

“When you see Chapter 2, you should go along with it to see where the story goes. It can be said that there is no choice but to see it through to the end. It expands into a future that we’re anxious about, so I hope you will be ready for it. I absolutely think it was the right thing to get on board this ship. All of the fans, please join us and let’s advance the warship called Yamato into the future.