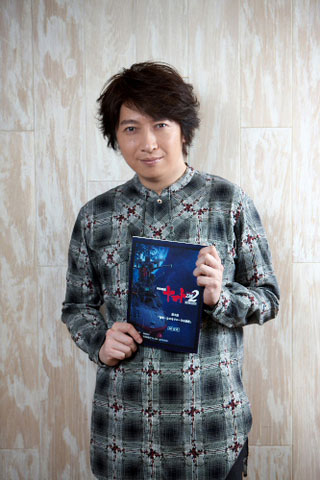 “I want you to see and enjoy it by all means!”

The determination of Daisuke Ono, who plays the hero and leader of Yamato, Susumu Kodai

Yamato 2202 Chapter 2 will finally be released this weekend. Akiba Souken brings you this official interview with Daisuke Ono, who continues in the role of Susumu Kodai from Yamato 2199.

Interviewer: Chapter 2 will soon be shown in theaters. Please tell us your current feelings.

Ono: In Chapter 1, I think I was depicting the conflict as to why Kodai had to get on board Yamato. Therefore, Chapter 2 becomes a departure in the true meaning. Yamato finally flies into space and we get the catharsis that was born in Chapter 1. Now with Chapter 2 I finally have the feeling that I can start the trip, too.

Interviewer: At the start of Yamato 2199, there was a mission to save the Earth. This time we start by our own will.

Ono: With 2199 the thought was “I have to do it” and it was moved by a sense of duty. But this time we get together at our own will and the starting point is different. Of course, there is the part where everyone thinks carefully about it, but you feel the strong will of everyone saying “I’ll do it.”

Interviewer: However, Kodai is already suffering during this process, isn’t he? It’s the existence of an unknown enemy and the current state of Earth.

Ono: It is resentment over the reality of Earth, which has become something he no longer recognizes. In 2199, Kodai reached a frame of mind of “I can reach understanding even with aliens,” and he feels it to his bones. Therefore, why can’t it be the same between Earthlings? That would be frustrating.

Interviewer: The anguish of real society is depicted. In that way, it can be considered very modern.

Ono: Harutoshi Fukui, the writer of 2202, said that he wanted to reflect contemporary human relationships. It can be said that this part is felt vividly. I’m 39 years old this year, and I think it hurts to feel a little older. I’m at the age of middle managers in a company, when you start to feel sorrow over how society isn’t going well. I think Kodai feels the kind of anger that has no outlet. I have a similar feeling, and Yamato fans in the upper generations may be able to sympathize. 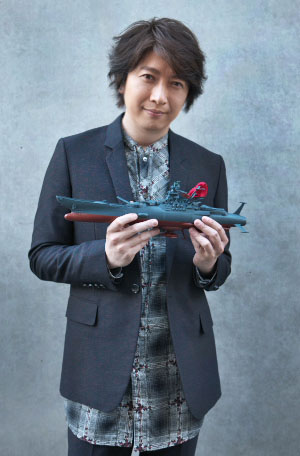 Interviewer: Of course, Yamato launches in Chapter 2. When you see the trailer, there seems to be a pretty tense battle scene.

Ono: There’s a scene where the crew who appeared in 2199 puts themselves in a position to help Yamato launch, and there’s a lot to be seen. Personally, I thought it was very impressive. Also, the scene with the crew returning even after Yamato launches is impressive. I think it was extraordinary to see their thoughts. And Shima says, “I’m not getting on board” because he has a choice.

Interviewer: Yamato has scenes that give you a strong feeling of it being a man’s ship, doesn’t it?

Ono: Kato’s scene further proves that. That scene was also impressive. It’s wonderful when his wife Makoto gives him her support. It’s also not out of character for Kato to stop himself and say, “I will stay for you.” Then Makoto sends him off with a “go.” It’s cool, isn’t it? It’s so cool that Kato says “I understand” and takes her feelings into account as he leaves. That dialogue is touching.

On the other hand, there are people who try to force their way onto the ship, saying basically, “It’s all right, let me in.” Keyman is a character who always speaks logically, but then he pushes forward with “Do as I say because you understand nothing” and he’s no longer logical after that scene. I felt that dynamism had something to do with Kodai. Kodai is somehow also the figure of Keyman. I feel a kinship that says they may have the same mentality.

Or it may be that the role of a partner who argues all the time will be left to Hajime Saito, who appears in combat this time. In addition to Saito, attractive characters such as Hijikata and Nagakura appear. I think that’s a highlight of Chapter 2.

Interviewer: Along those lines, what did you think of delivering the “Yamato launch!” line that we saw in the trailer?

Ono: As expected, it seems to say “I’m taking on this burden,” doesn’t it? Last time it felt like I was moving through various thoughts in order to clear my regrets about losing my older brother, but this time it’s my decision to go. And by being chosen as the acting captain, I finally feel like I can understand the feelings of Captain Okita. In that sense, I felt a lot of pressure. Therefore, I was conscious of how Takayuki Sugao played the role of Captain Okita and I heard that voice in my head. Kodai is certainly now progressing as a leader because he still thinks of Yamato as Captain Okita’s ship.

Interviewer: Finally, a message for the fans, please.

Ono: Honestly, I had complex feelings about Chapter 1. Why do I have to get on board Yamato again? I also felt like I had to fight that anxiety and pressure. But many fans said, “Chapter 1 is good, isn’t it?” and very favorably accepted it. You could feel “Yamato love” from everyone on the staff, too. Furthermore, with Chapter 2 I think you can feel the staff’s determination and readiness to “make a new Yamato.”

When you see Chapter 2 you’ll want to stay with the story to see where it goes. No, it can be said that there is no choice but to see it through. A lot of serious things will unfold, so I want you to be ready for it by all means. I think you’ll believe it was absolutely a good thing to get on board this ship. All the fans are welcome to join us. Let’s advance into the future on the ship called Yamato.