Daisuke Ono says he learned “You may be worried” from Kodai 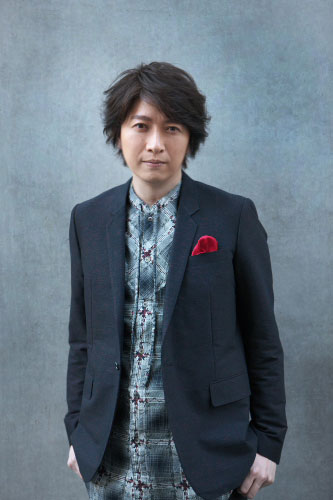 As the name suggests, Yamato finally launches in Yamato 2202 Chapter 2, opening in 20 theaters nationwide from Saturday, June 24. What lies in wait on this new journey? Before the premiere, we spoke to Daisuke Ono who plays the main character, Susumu Kodai. Why does Kodai get on board Yamato again? What “love” is depicted in Chapter 2? It’s not too late to get on board Yamato from here!

Ono: I think the scene of Yamato taking off is the symbol of this work. All the people on Earth, including Kodai, are thinking about the meaning of going on a voyage. What do we have to do in order to overcome this situation? So many worries and so many complex human relationships intertwine with each other, the act of launching Yamato and Earth progressing forward becomes a symbol of a hopeful future. The tricky part in Chapter 1 was to establish the existence of the mighty enemy in this work, and such parts were well presented. Morever, there’s a lot of foreshadowing, too…

There is another big theme called “love.” You can’t contain it in one word, and I think each person has their own kind of love. With Chapter 2 in particular, it’s the bond between human beings, and doesn’t Yamato start from the stage of showing how we understand each other? That’s why this scene is so truly exciting. 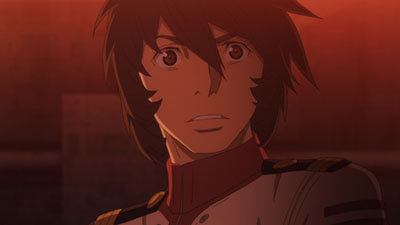 I have the same feeling as Kodai. I don’t know what I have to do, but I have no choice but to start. Because there are people who want to help, I feel a positive power from this launch scene of Yamato. Of course, I understand why the tension rises among the fans who watched it in the old days. Those who start watching Yamato with this work will feel excitement beyond reason in the launch scene. Yamato itself has enormous energy, and I think it’s a positive power.

I want to say, “I’ll be there on time” and “I can get on board even now” because it truly starts now.

Interviewer: Of course, the launch scene was different in 2199.

Ono: In Yamato 2199 the voyage was to save the Earth, but this time we go on a journey to help save space. I think it’s a repayment. We were helped all the while in 2199, and I think we were able to understand each other. There was the part where we only thought of people from space as enemies and there were things we couldn’t understand, but it turned out that the voyage of Yamato allowed us to understand each other. We go off on a trip this time based on that premise, so in that way the driving force is “love.”

Interviewer: When I reported on Chapter 1, the story was that “There aren’t enough reasons to start.” Will that be resolved in Chapter 2?

Ono: There is still conflict in Kodai. But his surroundings push back, so when it comes to whether or not Yamato really can proceed, the others compensate for the lack of answers within Kodai. That’s the image it becomes. 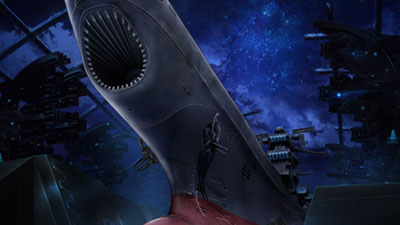 Interviewer: When you performed Kodai for Chapter 2, what points did you consider to be important?

Ono: There is a moment in Chapter 2 where Kodai makes up his mind as a leader. There is a lot of fear and conflict in his process of getting there. It’s not as straightforward as just saying we will proceed boldly without being afraid of anything. We’re getting on board Yamato, and Yamato has great power. And it gradually becomes clear that Earth is not a monolith, either. There are things we don’t know about, and we gradually notice that great forces are moving in unknown places. I think it’s quite scary. Therefore, we have fear of such things, and I thought the part about hesitating before making a decision was very human. There is time and timing and key points where it becomes necessary for humans to make decisions in order to live.

I’ve been an actor for 15 years, and now I’m a freelancer. There are many things that I have to decide, and I take all the responsibility. When I see Kodai saying, “Of course I’m worried” and “What will happen if I decide?” and “The fear will come later,” I compare it with myself and I have the same feelings.

Interviewer: Was there a moment when you took courage from Kodai?

Ono: I really thought he was troubled. After all, I think everyone’s image of Kodai is as a hero. It is often thought that he makes immediate decisions and breaks through everything by his willpower alone, but it’s completely different. He’s reluctant. You have courage simply because you have to overcome reluctance and take responsibility. It’s the quality of a leader to think that recklessness is irresponsible. In the past, you might have said something like, “I take full responsibility…” But the Kodai of 2202 makes me think about how to take into consideration a character’s personality, and it’s okay to be human. 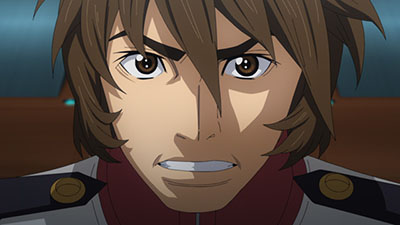 In fact, I recently went back to my parent’s home for a radio program, and I found a roll of Yamato movie film in my room. (An 8mm film reel from the time when videotape was not common.) I didn’t realize before, but my grandfather on my mother’s side bought it. It seemed to have been there for a long time, but I remember that there was no machine to watch it on. It was just a roll of film sitting in the corner of the bookshelf. When I saw it, I realized that Yamato is part of Japanese anime history and my grandparents watched it, too. I was impressed to learn that I was involved with Yamato at the genetic level.

Interviewer: Your grandfather watched Yamato, too?

Ono: I’ve never asked my grandfather straight out, “What do you think of Yamato?” so I don’t really know. In the end, it was a work that changed the idea of children’s anime. At the time, it was children who thought Yamato was great, and now I guess they’re at the core of those who support Yamato. I hear that there was also a movement of adults who were involved from back then. I’m 39 and it gets my chest thumping since it’s a work that fires up my heart, so I definitely think adults from that time could get stuck on it. Perhaps recent anime fans, including me, might not have had the chance to notice Yamato. But I think it’s possible to rediscover it today because Yamato is now made with current technology and the feelings of today’s people.

Watching the cool “love” in the trailer

Interviewer: Since this will be published before the premiere, I can’t ask you for your comments on the film, but please give me some of your impressions from seeing the trailer. First, the lines between Mr. and Mrs. Kato. (Saburo Kato and Makoto Harada)… 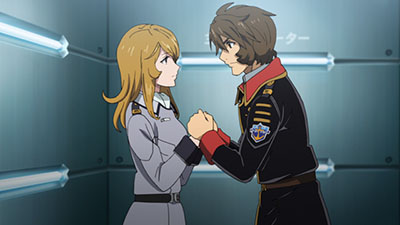 Ono: I was impressed. I was really impressed. I thought Makoto was a very good woman for saying that. She’s a character from 2199 who wasn’t depicted in the original work. It was refreshing to see a fighter pilot with a family like that. It’s cool. Saburo is cool and Makoto is cool. And it’s touching, isn’t it? It’s like leaving Earth. After all, you expect Kato to decide to get on board Yamato. That’s the point, isn’t it? When you look at that scene, women might get a different feeling from it than men.

Interviewer: Susumu Kodai and Yuki Mori are a couple with a different kind of relationship, aren’t they?

Ono: I think she and Kodai have the same mentality. There is a mission to go on, and I have to go even if I have to leave someone important behind. I think that scene is symbolic. It’s definitely comes through strongly if you’re a man. It’s one of the ways you can feel the “love” Yamato contains. 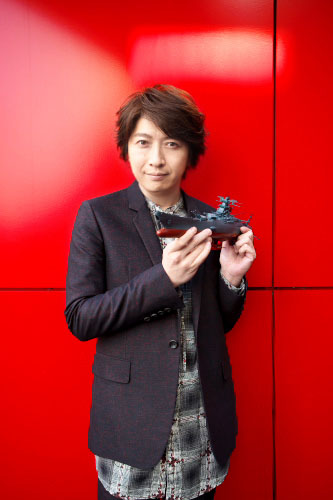 Interviewer: Another symbolic moment is the encounter between Yamato and Andromeda. Kodai and Yamanami say the same line at the same time. That’s also a cool scene, isn’t it?

Ono: I didn’t think there would be a scene where we’d fight Yamanami. It was unexpected even for Kodai. But there’s also a place where it comes down to a conflict of men with guts, and that really burns. I think it’s one of the real thrills of Yamato. Whether he can ride on Yamato or use this weapon, or whether he can tolerate the existence of Andromeda, Kodai is supposed to think about all those things while he’s on board, and when it comes to a battle scene, it’s a blowout! “I have to do it!” Because I also have my own battle scene, I can feel the same as Kodai and feel like I’m actually on Yamato. I will be happy if those who watch it can feel that heat.