An interview with the sound effects wizards 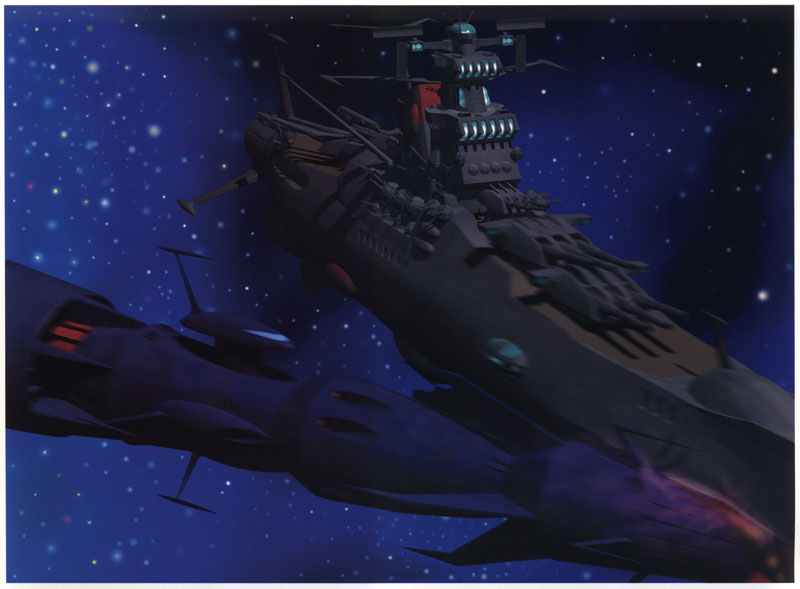 We sat down with three people who took part in Yamato: Sound Effects Producer Mitsuru Kashiwabara, Sound & Music Producer Mitsuhiro Koyama, and Assistant Producer Shinji Iwamoto. Also present was Sound Editor Tomohiro Yoshida, who selected the music for the Yamato Sound Fantasia CD. The sound effects created for Yamato were very unique and a high point of the series, and we started with Mr. Kashiwabara…

Kashiwabara: I worked on the pilot film under Leiji Matsumoto. His first request was for us to remember that even though the ship could fly in space, it was still a ship. A battleship that flies. So that was our basis for reference, and that’s where our concepts for sound began. I was an avid SF fan and read lots of books, and I had to wonder if it was possible for us to hit all the right expressions with that.

Host: Mr. Koyama, what can you say about the musical aspect?

Koyama: Should I talk about the effort, or the production process?

Host: What are the musical characteristics of Yamato?

Koyama: The first merit was that it used a symphony orchestra. Usually music for a children’s program was performed by a small pop group, but Mr. Nishizaki insisted on an orchestra. This, along with the composition and arranging talent of Mr. Miyagawa, was what made it such a strong point. Mr. Miyagawa could write both gentle and powerful melodies with strong rhythms.

10 years, even 20 years later the launching music still excites me, and especially Mr. Kashiwabara. When the launch sound builds up we jump out of our chairs and go WAWAWAAAA with it. Maybe that’s the power of Yamato! 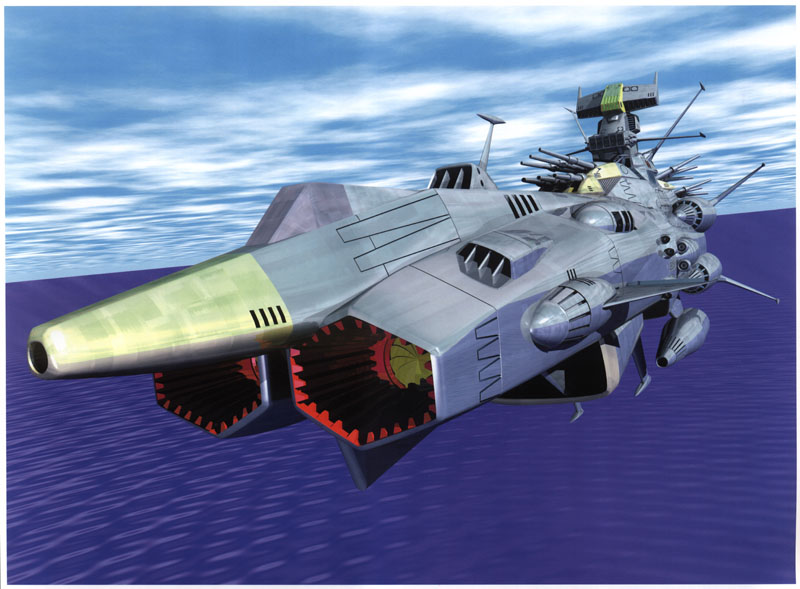 Kashiwabara: I think that’s our favorite.

Host: Mr. Iwamoto, what part of the series did you work on?

Iwamoto: I was on Final Yamato. I was particularly impressed at the end of the 70mm version, when the foghorn sounded [when Yamato sinks]. Honestly, it really surprised me. Hearing that in 6-channel stereo gave it a tremendous punch. It was just regrettable that the speakers in the theatres then weren’t as good as the ones in the dubbing studio.

Host: But it was still good enough, wasn’t it?

Iwamoto: Well, not really. The facilities weren’t great, so you didn’t get that three-dimensional impression of sound, especially if you sat in the back of the theatre. 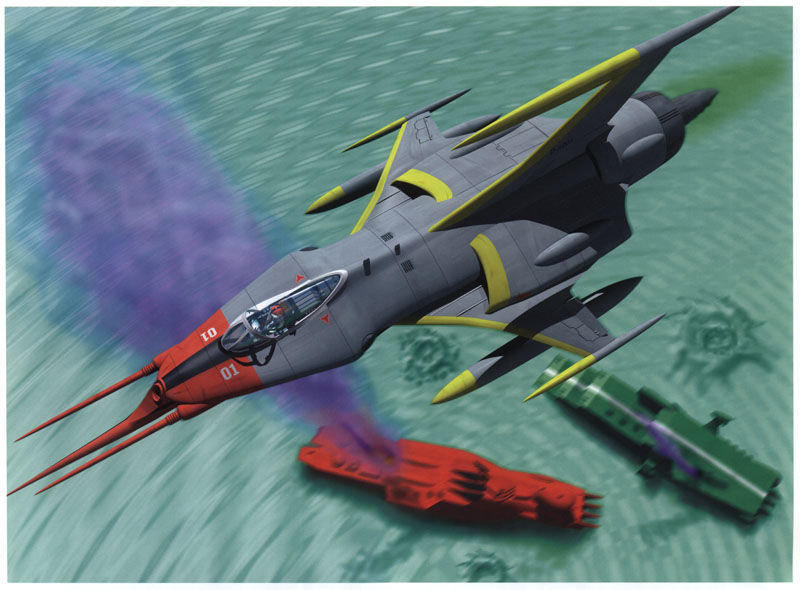 Host: Mr. Kashiwabara, going from Series 1 all the way to Final Yamato, what were the best points of the sound effects?

Kashiwabara: Through the whole thing? Our approach didn’t change that much. But the entire essence of it is in the first 26-episode series. From there all the others varied. Over time the stories pushed us in new directions, of course, but the idea was to keep going back to where we started, even when we got to the end.

Koyama: The same with the music.

Koyama: It even holds up to the music in Final Yamato.

Host: It’s remarkable that we all remember the music and sound effects so well after seeing the series as elementary school children. For example, when we see the planet bombs falling and hear the scat singing by Kazuko Kawashima, it’s a completely different style than in a conventional anime, which would probably just have sound effects. And the countdown to the end of Earth in each episode, that must have been one of the most important factors.

Kashiwabara: Yeah, when I started the contract with Yomiuri network was to do 52 episodes, and the low ratings cut it down to 26 and the pressure suddenly got much worse. The work became more concentrated, things I was going to put off until next week suddenly had to be done this week. 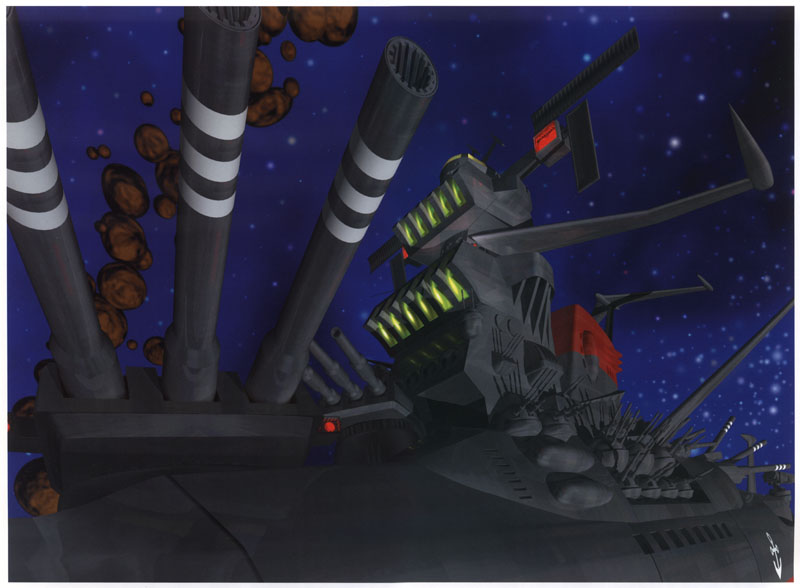 Koyama: Which was the hardest sound effect to make?

Kashiwabara: All of them! (laughter) Every week there was something. This week a space warp, that week a wave-motion gun…there was only a week to work on them before the dubbing session. There were times when I didn’t have clear directives from Mr. Nishizaki, so I’d just work to satisfy myself. But then he would reverse a decision and I had to start over. It was truly all-consuming.

Koyama: We worked so hard that after a while we were hearing sounds in our heads. Kashiwabara’s workshop was filled with a mountain of tape. But somehow he had it all organized. He kept it all in his head. I think it’s impossible to tell you what a great achievement that was. He’s a tremendous person.

Kashiwabara: I made a chart for every script, so when something was needed in a new episode I could find it immediately. Then they couldn’t get rid of me! (laughter)

Host: Yamato is my favorite.

Kashiwabara: Mine, too. I didn’t understand then what was impossible! (laughter)

Iwamoto: He was one of the most valuable members of the staff, one of the few to work on every Yamato production.

Kashiwabara: There weren’t many others.

Iwamoto: Other than Mr. Nishizaki, maybe two or three.

Kashiwabara: The TV anime, the movies, the radio drama and records. I participated in all of them. 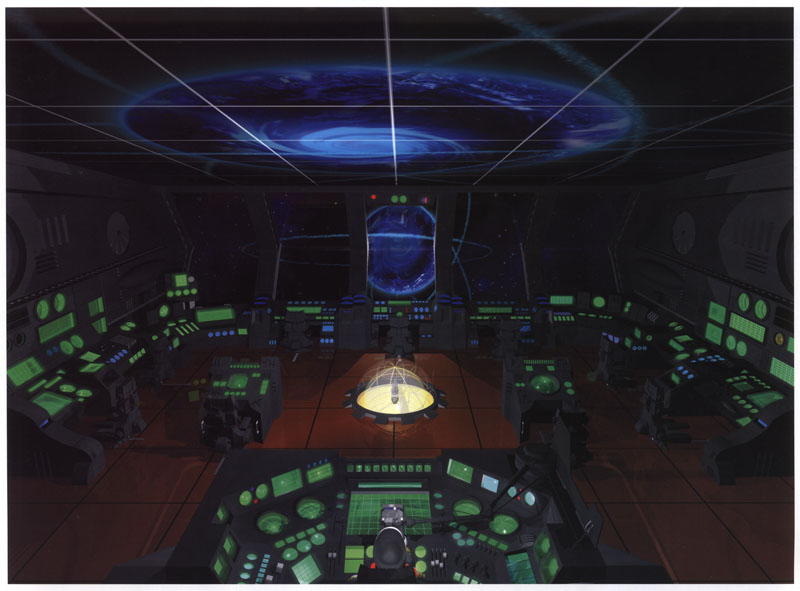 Host: What was your favorite sound?

Kashiwabara: That would have to be the wave-motion gun. I had to think it through all the way past the discharge. There was no idea to go on in the beginning, how I came up with it even I don’t know.

Host: There’s a big buildup of tension before it fires.

Kashiwabara: I didn’t have any direction for it. I just looked at the script and the rushes for inspiration, and put it together. I’m really proud of that one. It would have been cheap and easy to do it with a synthesizer, but we wanted to avoid that as much as possible because those sounds just sort of float around, there’s no relationship to the heavy, metallic feeling of the ship.

Host: I’d like to ask each of you what fans should listen for in Yamato Sound Fantasia.

Koyama: I tried to make it feel like Yamato, but I didn’t want to tailor it to the story. I wanted to make it more like a musical piece. It starts with Endless Expanse of Outer Space and takes off into the Yamato Theme. I think the combination of that original symphonic sound with Kashiwabara’s great sound effects set up a new experience. It was great to work with him. I think the fans will really enjoy listening to this.

Koyama: I didn’t have to work hard to decide which sounds were compatible with which music, they all fit effortlessly together to make the Sound Fantasia. 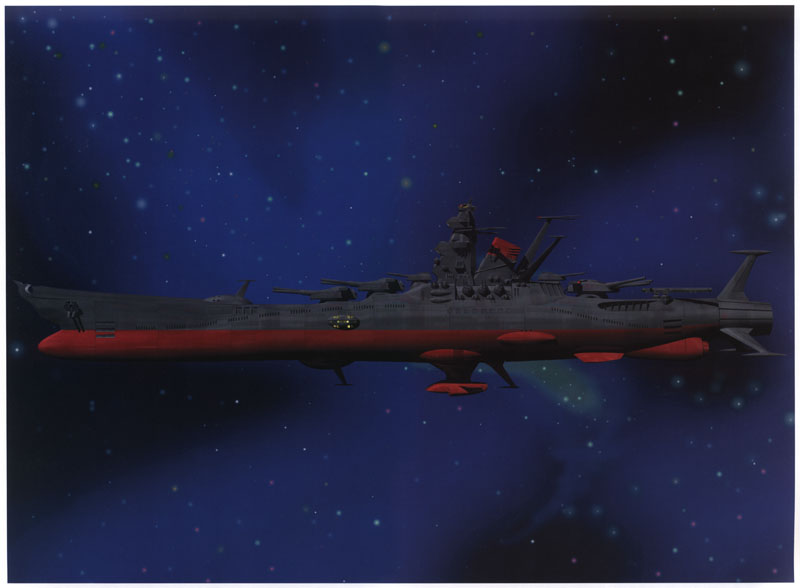 Kashiwabara: It was the same for me. When we’re in a dubbing session and dialogue comes up, we have to fade the music and sound effects down so they don’t overwhelm the lines, but we didn’t have to do that this time. It was a real pleasure. You can hear the orchestra much better. But sometimes just hearing the music by itself isn’t satisfying to me. So when we mixed it all together, it made a great, profound impression. Like listening to a perfectly clear chord. You just have to hear it.

Iwamoto: Yes. When you listen to the music on a CD, a scene just naturally flows through your mind, doesn’t it? But sometimes it still seems like something’s missing. It takes that combination of music and sound effects to add up to the total Yamato sound. Mr. Nishizaki always said so, and there were times in the dubbing sessions when we combined the music and dialogue and Kashiwabara’s long-awaited sound effects all together, and they fit perfectly. We were practically in tears whenever we had to drop the volume down. But now fans can hear it completely unrestricted.

Host: Everyone can hear music and sound effects from the first series all the way to the last movie and bring the experience back to life in their thoughts. We want you all to enjoy the Sound Fantasia! 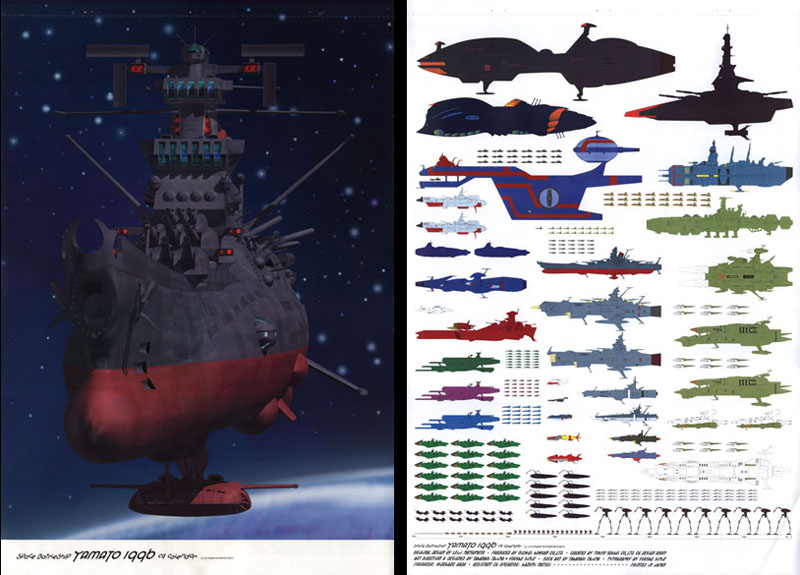