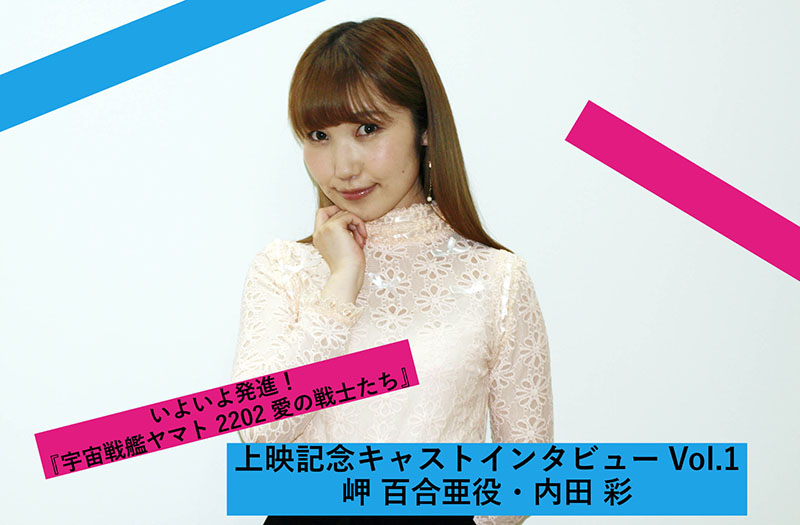 Between 2012 and 2014, Yamato 2199, a remake of the immortal masterpiece Space Battleship Yamato that shines in the history of animation, gained huge support through theater screenings and nationwide TV broadcasts. The long-awaited new series Yamato 2202 depicts the world three years later in seven chapters that began in February 2017.

Following Chapter 1, Beginning Chapter, Chapter 2 Launch Chapter will premiere in theaters June 24. To commemorate the screenings, Animedia will publish four interviews with the cast who appears in this work. The first is Aya Uchida, who plays the role of ship’s cadet Yuria Misaki. We hear about impressive scenes and the appeal of Yamato from a female perspective.

Interviewer: What are your impressions of the completed work?

Uchida: It’s been three years since Yamato 2199, so what was Yuria doing for those three years? How did everyone on the Yamato crew spend their time? It was only in my head and it made me restless. When I saw the beginning of Chapter 1, the new enemy Gatlantis attacked right from the start, and after 2199 ended with the hope that Earth would get better I was really scared.

We saw a little of what everyone had been doing for three years. Makoto Harada and Saburo Kato had a baby, which I thought would be the culmination of their happiness, but it had a shocking impact and it was something that I couldn’t watch calmly at all. The feeling of despair was intense. My feeling after Chapter 1 was, “what’s going to happen from here on?”

When it continued in Chapter 2, Launch Chapter, the original crew of Yamato gathered to launch even if they’re disobeying orders from above, and the passionate developments were breathtaking. Within that, I was struck by the older men in the upper ranks. So far, I’ve empathized with the crew of Yamato when I watch, and even if the older men think “We should do this,” there are many complicated circumstances and you have to be able to bear it. I could see them at their peak, and my heart pounded. 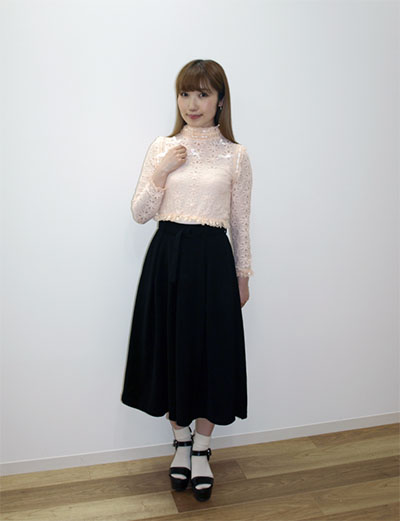 I play Yuria Misaki who says “I want to do this” or “this is wrong” and she’s a character who races forward on faith alone. For a fighting adult to just live that way while doing what needs doing is pretty impressive. There are many other points in the development that make the eyes hot and take my breath away. (Laughs) A lot of new characters come out, too, and the unfolding developments make you worry about what will become of these people in the future.

Interviewer: Since three years have passed in this world since the previous work, did you take up the challenge of making some changes when playing Yuria Misaki?

Uchida: In 2199 Yuria is the freshest member of Yamato‘s crew and since she was a young twin-tail girl I played her as bright and cheerful. I wanted to avoid the heavy atmosphere of the rest of the crew, so I played her as a “robust child” so as not to lose the meaning of the original work. How has she changed over three years in 2202? I was looking forward it, and she remained true to herself without any change. (Laughs)

Even though I say that, I think those three teenage years are when girls change the most. They have various experiences and are only slightly reliable, and I played her this time thinking that she should be as good as she can while also becoming an adult.

Interviewer: The young crew members, including Yuria as she’s starting to become an adult, plays an important role in Yamato‘s launch now.

Uchida: That’s right. Even in that scene with all those emotions racing around, I thought, “I haven’t changed, I’m still the same as before.” (Laughs) She’s a child acting on the desire to do her best, and this time her thought was, “I want to help Hoshina-kun.” Therefore, she felt that she was the only one who could do it and she holds onto that faith even if someone stops her.

Interviewer: A lot of attractive characters appear in this, including Yuria. If you had to pick one, which is your favorite?

Uchida: In Chapter 2, it’s Shiro Sanada. He comes in from the brain department, and even if he’s had run-ins with Susumu Kodai, he’s the first to reach his hand out to Kodai and say, “Let’s get on board Yamato.” I thought that scene where he put his trust in Kodai was very good. There’s always “stillness” or “dynamic” and if I were to pick one for “stillness” it would be Sanada. This time he’s got Kodai’s back, and there are plenty of places where you can see passion. He was my favorite character originally, but now I think his degree of manhood has risen.

Also, I’m interested in the girl named Miki Saijo. She didn’t stand out too much in 2199, but when she appears among the others my feeling is “who is that pretty girl?” As for Yuria, I think “I hope she’ll play an active part in the future” and continue watching. 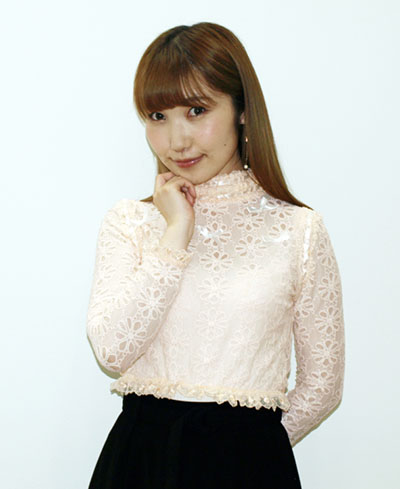 Interviewer: The impression of this work is that it has a lot of male fans. What do you think the appeal is from the female side?

Uchida: At first glance, some may be turned off if they think it’s a war story, but I want each and every one to know there’s really a lot of human drama. There’s romance between male and female crew members who are connected by a relationship of trust, and we see the bonds of a company that has fought together on Yamato. It resounds in the heart.

There are also interactions between the lovers Yuki Mori and Kodai that will be unexpectedly embarrassing. I think women can fully enjoy watching it. I’m also looking forward to seeing what will happen to the handsome new character Keyman in the future. That’s how I feel about it. (Laughs)

Interviewer: Please give a message to those who are looking forward to the premiere.

Uchida: In both Chapter 1 and Chapter 2, things are deeply depicted and you ask, “What will happen?” It truly becomes something you can’t take your eyes off to the end. It’s a story that never betrays the expectations of those who watch it, and I think you can see it while cheering for Yamato to launch.

Born on July 23 in Gunma Prefecture. Type O. An active voice actor and artist. She has appeared in such popular works as Love Live! And Kemono Friends.