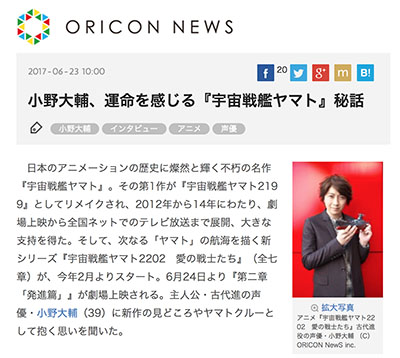 The new series Space Battleship Yamato 2202, Soldiers of Love started in February of this year, and Chapter 2 Launch Chapter will be screened from June 24th. We heard the thoughts of voice actor Daisuke Ono (39), who plays the main character Susumu Kodai, about the latest highlights and Yamato’s crew

Interviewer: The ending theme song of Yamato 2202 Chapter 1 was Kenji Sawada’s masterpiece From Yamato With Love, which was released with Farewell to Yamato in 1978. I was surprised to hear that.

Ono: After the screenings began, I heard a lot of surprised and delighted voices from the staff and their peers who were into the original in real time. “They put that song in the first chapter!” It had a big impact, and all I could say was, “It’s impressive” and “Thank you so much.” I’m involved in a great work for a second time. I thought about how the fire of the great work of Yamato is lit up again and the passion has rekindled. Yamato advances further, and because Yamato 2202 is going to finish as a larger work I tremble with a great sense of accomplishment.

Interviewer: In Chapter 2, twists and turns are shown as Kodai and the others decide to launch in Yamato. What are the highlights? 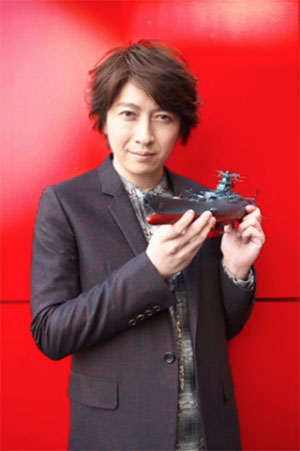 Ono: Chapter 2 is the Launch Chapter, and Space Battleship Yamato takes off. The scene of Yamato launching is the symbol of this work. Every time I see it, my feelings rise very much. I don’t know what will happen from here, but I have no choice but to launch now and I feel a positive power that goes beyond logic. I understand the feeling of tension in the Yamato fans of yesteryear, and I think new fans starting with 2202 will be inexplicably drawn to it when they see the Chapter 2 launch scene. Therefore, I want to say that I’ll be there in time. You can get on even now, because we take off from here!

Interviewer: In this work, the big theme is “love will be tested.” What do you feel about the meaning behind Soldiers of Love in space being released in these chaotic times?

Ono: I can’t explain “love” with a word. There are various kinds of love in each person. I think it was interesting that the first thing that was said about “love” in 2202 came from Great Emperor Zordar of Gatlantis. The writer, Harutoshi Fukui, said he would depict love without hope. He also said there is a scene where love will be tested, so it will be subjected to a trial.

We live in peace now, but naturally some countries in the world are at war, and tense relationships between countries are a part of reality. What kind of love is depicted in such times?

This is not just a simple remake of the original work. In accordance with the present times, I expect it will be a work that can earn the empathy of people living in the present day. I don’t know yet what will happen in the future. Even if I did ask Mr. Fukui, he wouldn’t tell me. (Laughs) It seems to be problematic to tell you if your character isn’t supposed to know about it. With Kodai, he says, “I want you to be confused and I want you to struggle, so I will not tell you.” I’m afraid of the trials that await us in the future.

Interviewer: What is Space Battleship Yamato to you? 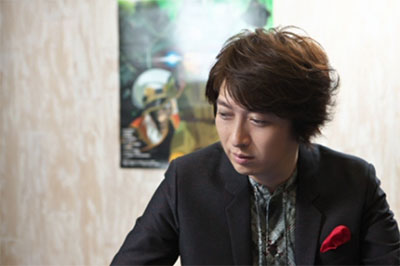 Ono: I’ve had a fateful feeling since I was born in 1978, the same year Farewell to Yamato came out. There was a more amazing discovery recently. When I went home for a radio show, I found a roll of 8mm movie film on a bookshelf in the house, and I realized it was from Yamato. I knew 8mm film was around, but since there was nothing to play it on I had to leave without touching it. But it was significant that it was Yamato. It’s been close to me since I was a child. I was filled with deep emotion. It felt like I was involved with Yamato at the genetic level.

I’m proud that I’ve been able to get on board Space Battleship Yamato as Susumu Kodai. I’ve been working as a voice actor for about 15 years, and I think being involved with Yamato is the treasure of a lifetime, so it will remain as a masterpiece of my career. Furthermore, since I think Yamato 2202 will be accepted by those who liked Yamato 2199, I want to continue playing the part with pride from now on.