A new voyage for Yamato, to the Planet Telezart. Gatlantis becomes a menace of space while a plot swirls on Earth. What is Kodai’s decision? 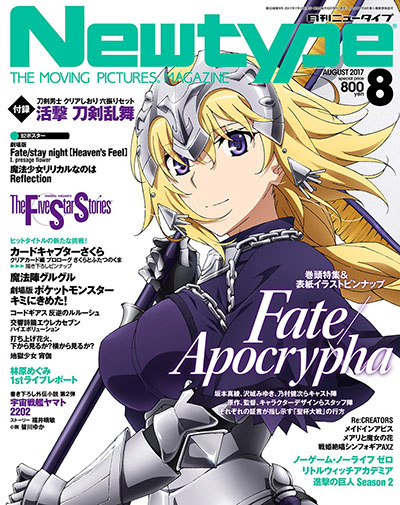 Sticking to the characteristics of Yamato

Interviewer: What are your feelings on undertaking the directing of Space Battleship Yamato 2202?

Habara: Personally, Space Battleship Yamato is a work I really love. Since it’s a big title, I was worried about whether I could handle it as a director. But I would have regretted passing it up, so I thought it was better to take the challenge and I decided to do it.

Interviewer: The foundation of 2202 is Farewell to Yamato and Yamato 2.

Habara: I was a fifth grader at the time of Yamato’s TV broadcast and I was in the second year of junior high for Farewell, so I was right in the target zone. (Laughs) It became a big boom for my generation, and even now the feeling of it still revives. I wasn’t even inclined to think about the pros and cons of it in those days.

Interviewer: There’s a lot of development in each of the episodes in Chapter 2.

Habara: Harutoshi Fukui’s scripts are very conscious of overseas dramas, so I was excited by the intention of generating more interest in “what happens next?” For example, Chapter 2 was originally constructed to end with Episode 5, but by adding the content of Episode 6 to end with that, it has the feeling of, “what’s going to happen to Yamato?”

Interviewer: It has the form of taking over from the previous work, Yamato 2199. What points were changed?

Habara: We can keep alive the things we inherited, but it’s impossible for me to work precisely like 2199’s General Director Yutaka Izubuchi. I could never surpass 2199, so this time I’m taking advantage of my own individuality, and I’m consciously taking another approach to the work.

Interviewer: 2199 was a work that gave the impression of being conscious of the reality of Yamato, but 2202 lets you feel the fun of Yamato as an anime.

Habara: That’s exactly what I intend. Because I felt the fun of Yamato as anime in those days, that was the feeling I wanted to pursue. I’ve often gotten the impression from fans that “That’s the Yamato I knew,” which makes me very happy.

Interviewer: What do you consider to be the characteristics of Yamato?

Habara: I had the opportunity to work with the creator Yoshinobu Nishizaki on Yamato Resurrection, and it was a great experience. For example, in Resurrection there’s a wraparound scene in which we maneuver around three enemy ships, and at first I drew a storyboard where you could see all of them. But that was NG [No Good] for Mr. Nishizaki. “If you want to show someone you want to beat, don’t show the other ships.”

Reality is important, but if you lose the Yamato quality, it would neither be the original nor its descendant. You show what you want to focus on as simply as possible. It’s a particular way to depict Yamato. However, there are aspects that won’t quite be satisfactory if you overdo it. It’s a difficult balance.

Interviewer: Speaking of the fun of anime, the asteroid ring is revived, too.

Habara: I personally wanted to see it in 2199, and was a bit disappointed when it didn’t appear. In the original work, Yamato escapes into the asteroid belt, and everyone on the staff said, “Can we put it in this time?” I think that was the trend. 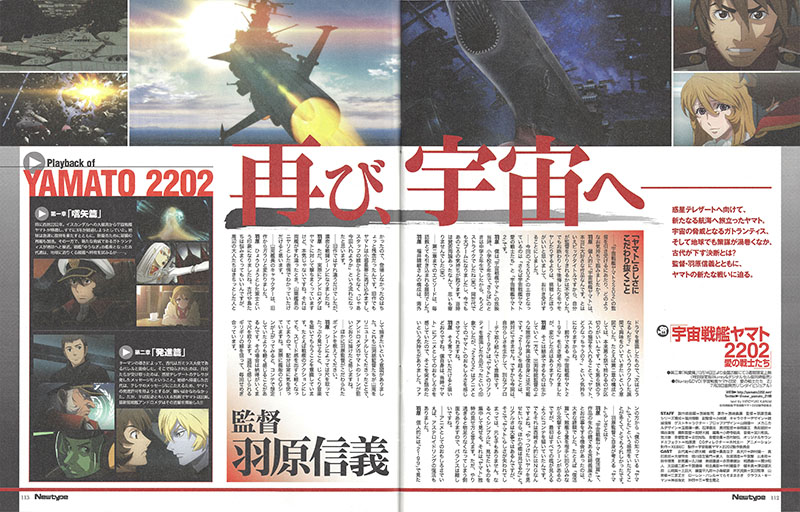 Interviewer: Yamato and Andromeda just passed each other in the original, but now it’s become a heavy battle scene.

Habara: Actually, Andromeda opens fire on Yamato, which is pretty serious. When the two ships pass, I think you can totally understand the smiling expression of Captain Yamanami.

Interviewer: The character of Captain Yamanami has radically changed from the original.

Habara: He gives the impression of being an aloof tactician, doesn’t he? Kodai and Shima were always troubled, so the intention was to depict the adults in the vicinity as orderly people. That’s how Director Izubuchi renewed Yamanami, and I felt that the scene of Yamato vs. Andromeda could be depicted with that in mind.

Interviewer: Please tell me another point that you were particular about.

Habara: Depending on what it takes to fully depict a scene, I’m aware of having you hear the music carefully. For example, the action of a battleship gets lighter as we show a feeling of speed, so I’m always careful about distribution. When a CG scene of a ship comes up, it sometimes feels lighter than we assumed in the storyboard. In that case, we change the duration until it becomes convincing. I always aim at the finish line up to the last minute, which can be tedious, but we get it every time.

Clash of the third act; The time of decision approaches the greatest crisis

Interviewer: As for the limits of scale, it’s really difficult to balance a scene, isn’t it?

Habara: In order to show more, conversely there are a lot of parts I sacrifice. One example is the battle scene at the beginning of Chapter 1. There were scenes of the Garmillas and Gatlantis bridge crews in the script, but I left them out. That’s what allowed more closeups on Kodai. This is another case of the Yamato quality of focusing on what you want to show.

Interviewer: By not showing the bridge crew, the eerie feeling of the large battleship conversely stands out, doesn’t it?

Habara: The damaged version of the large battleship, drawn by Makoto Kobayashi, is like a terrifying zombie. That fear is the climax of Chapter 1, and I think we got the most out of it.

Interviewer: This time, we see the large battleship close up.

Habara: At the very beginning, I think there was a conversation in the script meeting that “the large battleship only came out as a small plamo [plastic model].” Despite the bold name “large battleship” it became fairly obscure. This time the thought was, “Let’s get a proper plamo,” so we gave it an achievement worthy of the name.

Interviewer: Six of them appear at the end of Chapter 2, so I’m wondering what kind of action they will take.

Habara: In fact, it doesn’t stop with six. If you saw the trailer, I think you know – there will be hundreds of thousands of giant battleships in Chapter 3. 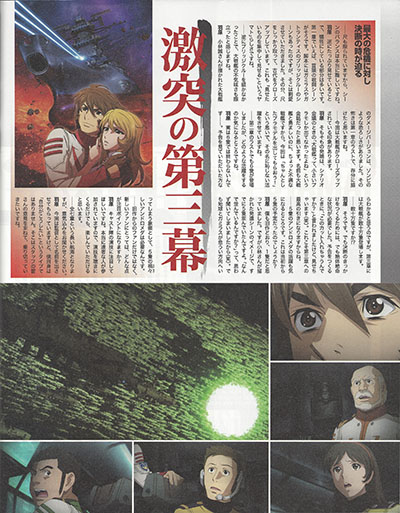 Interviewer: Hundreds of thousands of them?

Habara: That’s right. We needed a desperate situation in order to create the opportunity for a decision. When we put the trailer together I asked, “will these scene be put in?” And now you can see it. This is the best enticement for Chapter 3.

Interviewer: I’m also interested in the action of the five Andromeda ships. Were five ships planned from the outset?

Habara: I thought there would only be one in accordance with the original, but in the image of the launch scene drawn by Makoto Kobayashi, there were already five ships in line. In spite of myself, I asked, “what are they lined up for?” (Laughs) But we needed five ominous Andromedas as a symbol of Earth and Garmillas going in a dangerous direction.

Interviewer: For the new fans as well as those of the original, what’s going to earn 100 points?

Habara: I want you to pay attention to the performance of the cast. There are very skilled people participating. Even if you just come to listen to the acting, I think you’ll enjoy it.

Interviewer: It’s going to be a long voyage of seven chapters. Please tell us what you’re excited about.

Habara: I’ve been given the title of director this time, but I’m not the type who says, “I want to do it this way.” I bring all the opinions of the staff together. I hope to survive it.