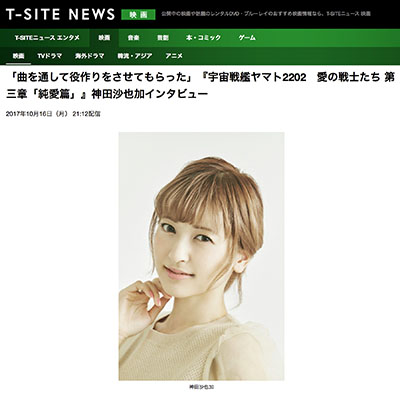 “I made a role through songs”

Sayaka Kanda is in charge of voice acting for the role of Teresa, who plays an important part in the story of Yamato 2202, Soldiers of Love. Her appearance early in the series was modest, but it can be said that she is strongly felt in the story.

“There are a lot of parts that warm the hearts of fans from the old days, and although it is a remake, I think it can be called ‘original’.”

Kanda talks about Teresa with passion, and though it is a difficult role to explain in a word, she smiles when talking about creating the role. “After all, you don’t often get to be a goddess!”

“For example, while a ‘magical girl’ character is clear when you think about it, Teresa is much more mysterious, and where she stands as a character is difficult. There were a lot of places where the visuals have to compensate.”

It is difficult to play a non-human being. When she looks back at the time of voice recording [for Chapter 1], she was in a unique position to create the role while taking instructions on-site along with the general flow.

“In the first voice recording, we had the flexibility to rehearse immediately after hearing what the director said. I was particularly conscious of the feeling that it’s not ‘just a person who lives in a different dimension,’ and the director said not to talk with too much intonation. It became a performance of subtraction, which was unknown territory for me, and I learned a lot.”

It’s not easy to imagine what it would be like for any actor, not just a voice actor, to make up an action while pulling something out. What points was she conscious about?

“Teresa says important things, but her words are few and they become the source of Kodai’s actions. That balance is difficult.” 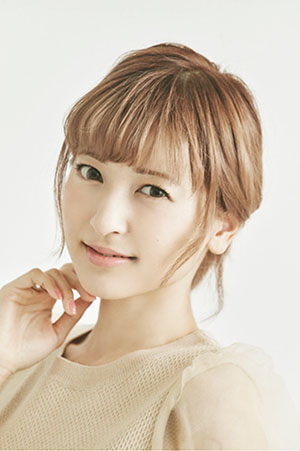 Kanda is also active as a musical actress and singer, and it can be said that the occupation she wanted most since childhood was voice acting.

“The first thing that made me want to be a voice actor was a game I played with Tokimeki Memorial. In elementary school, I played a game where I’d turn down the sound of my favorite anime and fill in with my own voice. That’s when graphics help. I felt like I’d become a voice actor.” (Laughs)

Kanda warmly reveals that as a child she liked Sailor Moon, Marmelade Boy, and Magical Knight Rayearth. But as she proceeded to study voice acting, she began to notice many things.

“When I was excited to be a voice actor, I got very bullish. (Laughs) But as I learned more about it I couldn’t sum it up in a word, and there were so many elements to see and learn. It’s built on precise control, and when you understand how valuable a voice is when you watch anime, it’s really amazing. It’s a difficult genre for me, so I’ve come to look at voice acting much more practically.”

She also talks about how her voice acting activities have increased in recent years.

“The director or producer hears the voices through the microphone from outside the booth, in a state where the complete image is in their head, and the voice recording has to keep track of it in a stage where there is no reality. I feel like my effort is not enough to fill in that space with my reading. I feel like I’ll continue to say ‘I’m an aspiring voice actor’ for a long time simply because I can’t wipe away the image of it being a difficult genre.”

In addition to the movie Frozen, she has also appeared in numerous TV anime and feature films, and has given an impression of smooth sailing without forgetting her original intention. So it’s surprising to hear her say, “I can’t imagine when I’ll think of myself as a voice actor.”

“The job of a voice is to gain high value by focusing all your effort into your character, and it’s an independent ordeal every time, so it feels like a place of independent study. These days, the story of anime starts from the name of the voice actor, and some of them get their names on their own CDs, so they have an image of various professions. Meanwhile, there are people you get to know in the field and you are reunited with various staff members, and you start feeling like ‘this may be a place to stay’.”

She gets to do what she loves. It may seem enviable at first glance, but there are plenty of hardships in waiting that only people in the field can understand.

“When I said ‘I want to be a voice actor!’ I entered from a pure place, but it was really hard to jump in. Now I say, ‘I want to learn this’ and it feels like research for a job hunt. I don’t know if I can continue just because I like it, and if I don’t produce results, it may not lead to the next job. In order to confront such things without escape, there must be a competitive part inside you, and there are times when I’m falling behind something I love.” 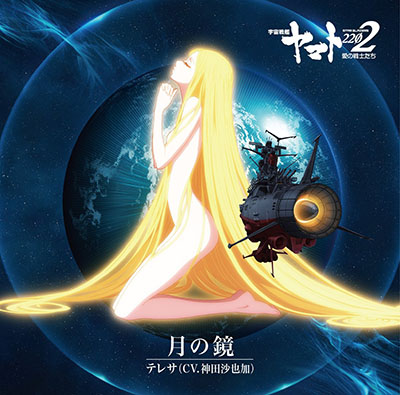 When Kanda talks about Chapter 2 in the Yamato 2202 series, she describes the ending theme song Mirror of the Moon (released October 11), which she sang as Teresa.

“It’s a character song where the character lives through tone and voice, and it’s fascinating to bring to life through the field of music. Since Teresa’s voice image was recorded at a time when you didn’t yet have much of an impression, there was a high degree of freedom in it. Since more time was spent singing than in the main story, there is also the feeling that I made the role through one song.”

She landed the role with exquisite timing, enabling her to enjoy the song as both the character Teresa and the artist Kanda.

“Of course, it is a character song, so there’s a degree of freedom for me to combine the images of Teresa and Yamato, so as a result I think it has elements of both Teresa and myself. It’s a luxury that I was able to do a character song at a stage when the character hasn’t appeared very much. When people listen to a song, there’s a lot of information even if it isn’t accompanied by visuals, and I learned a lot through Mirror of the Moon.”

“It was the first time I made a role this way,” Kanda says, revealing that Mirror of the Moon played a great part in building up the character of Teresa. How does she feel about being more deeply involved in the story from now on?

“First of all, it’s a feeling like, ‘I’ve been waiting for my turn.’ (Laughs) Of course, there’s a lot of pressure at the site. When there’s a line from the old work, there’s a thrilling sense of ‘I saw that, I saw that!’ but because 2202 has reached a point of perfection where it can now be called ‘original,’ my goal in the end is to be confident with the latest version of an ‘original Teresa.’ I feel that I have to do my best so I don’t wither in the face of the seniors!” (Laughs) 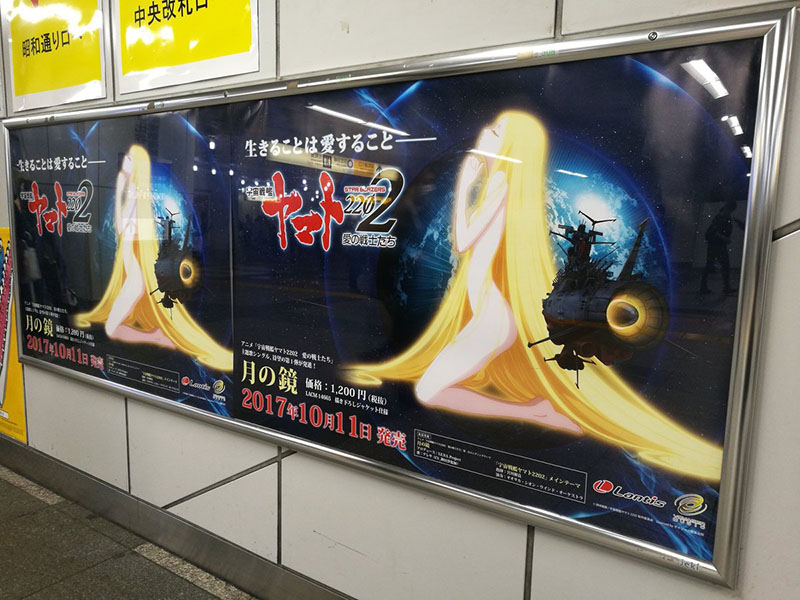 Promotion for the CD single in Tokyo, posted on Twitter by Aoi 2199