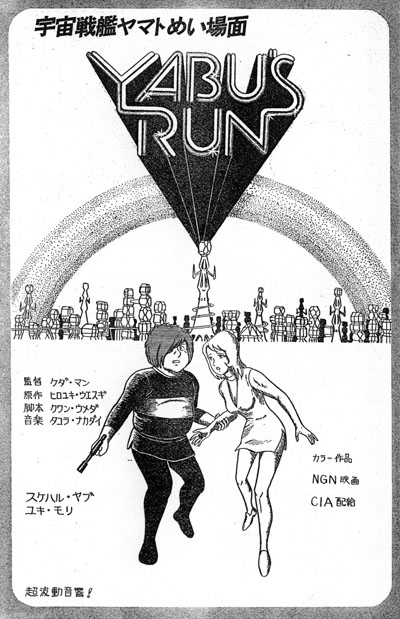 A Blockbuster SF Adventure Spectacle for 1977!

Over the past few years, anime such as Triton of the Sea and Science Ninja Team Gatchaman began an SF anime boom that continues today.

Yabu’s Run is a completely unoriginal SF adventure story in which people are made to live in a mysterious warship for 365 days.

The society of Earth no longer knows the difference between right and wrong, so some people fly off in the brightly re-painted Yamato to seek the Cosmo Cleaner.

The journey is limited to 365 days.

After that, all those who boarded Yamato will vanish without a trace at the order of the cruel Gamilas Commander.

Anyone who defies this order is branded a traitor.

It is the job of the fan club Deputy Captain to pursue this traitor.

The film follows Yabu [Sparks], who becomes a traitor despite the mountain of odds stacked against him.

Under threat of death, he is joined by a brainwashed Yuki [Nova] to outlive the 365-day limit, to evade the Deputy Captain and find freedom.

A heart full of love for Yuki waits to be discovered in a land called Iscandar.

This movie issues a warning to a society that is becoming increasingly regulated, to stop and listen to the beautiful song of a lowly mechanic. 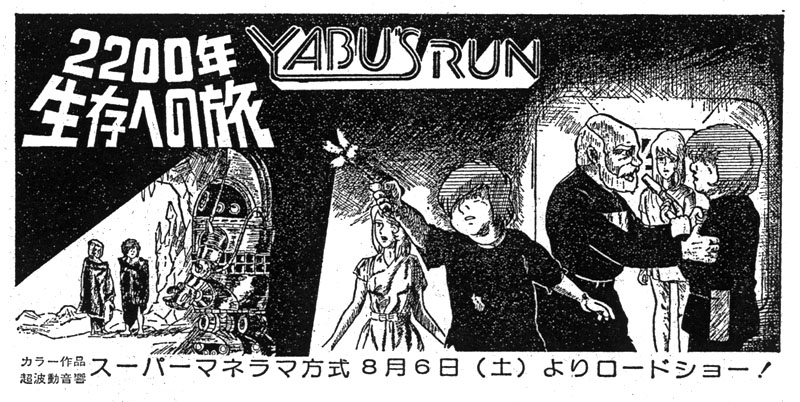