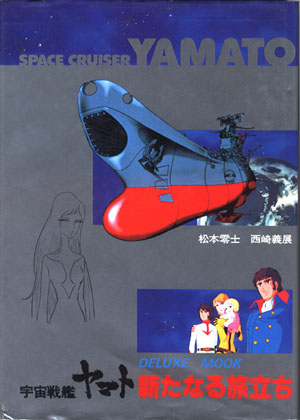 The lineup of publishing devoted to The New Voyage didn’t approach the volume of the other movies. (Since it was made for TV, for example, there wasn’t a call for a theatrical program book.) Nevertheless, Office Academy maintained its high standards and ensured that their work would tower above all others.

Returning to the format that made the “Silver Set” a winner, Office Academy’s new hardcover book delivered the goods on The New Voyage as no one else could, with a level of depth and detail that took full advantage of home-court resources. 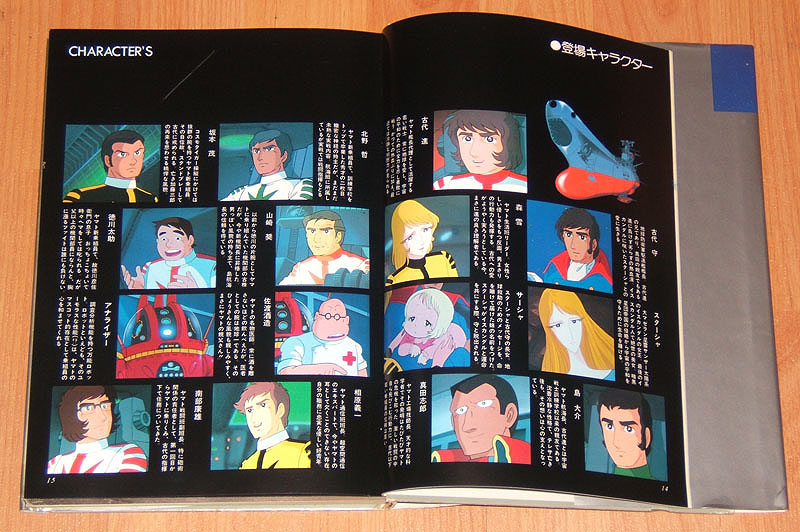 After 17 pages of re-introductions, a full-color photo-story followed… 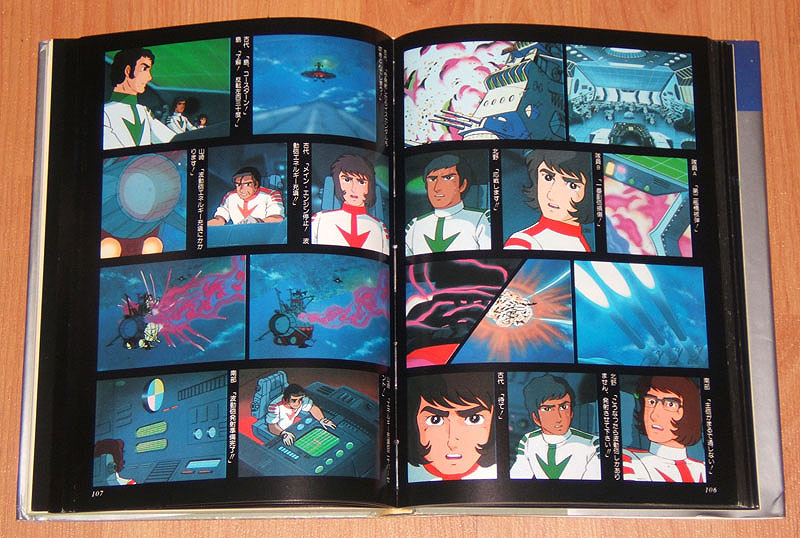 Photo-story (pp. 18 – 162). This segment of the book concluded with several pages devoted to the deleted scenes. It was the first time they had been released in any form, which kept the fans at bay until the scenes themselves appeared on home video 9 years later. 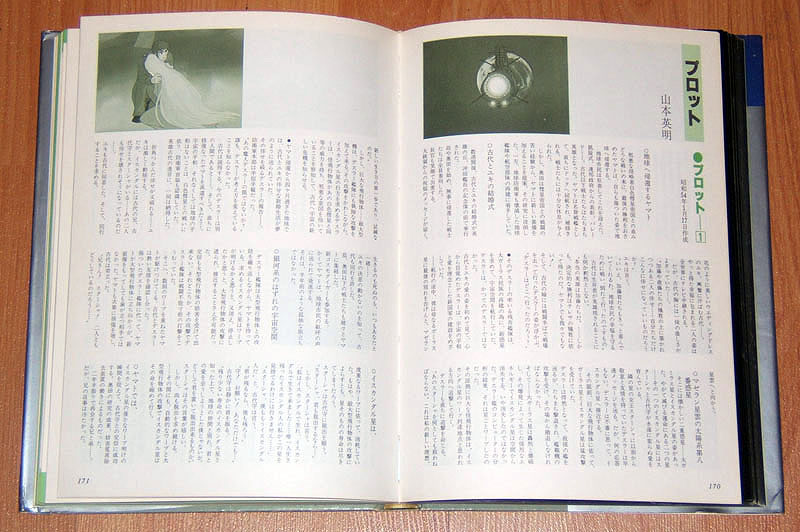 Story development (pp. 163 – 191). The evolution of The New Voyage‘s exciting story was recounted in great detail, tracking the discarded plots as well as those that remained. A complete translation of this material begins here. 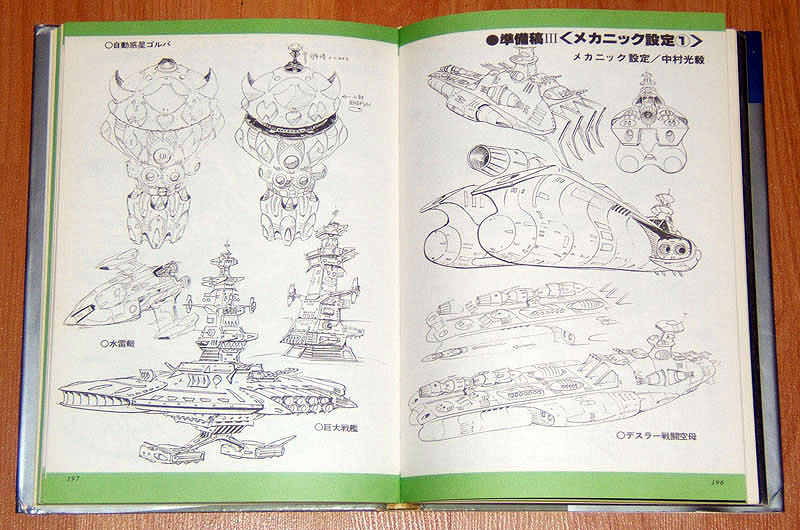 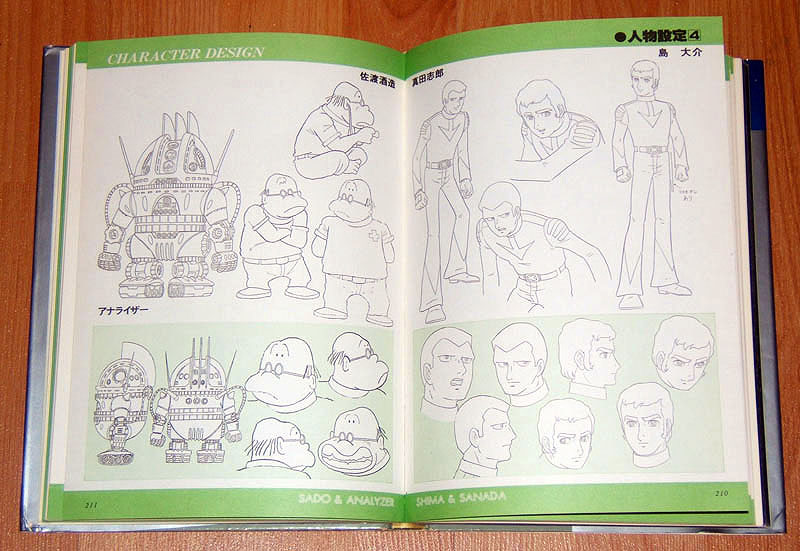 The quality of art reproduction has never been better, particularly in the case of this film. English names are given for each of the characters, and since Star Blazers had started broadcasting in the US by this time, this book contains the first instance of ‘Stasha’ being Romanized as ‘Starsha.’ (On the other hand, ‘Sasha’ was written as ‘Sarsha,’ so there was still some work to be done.) 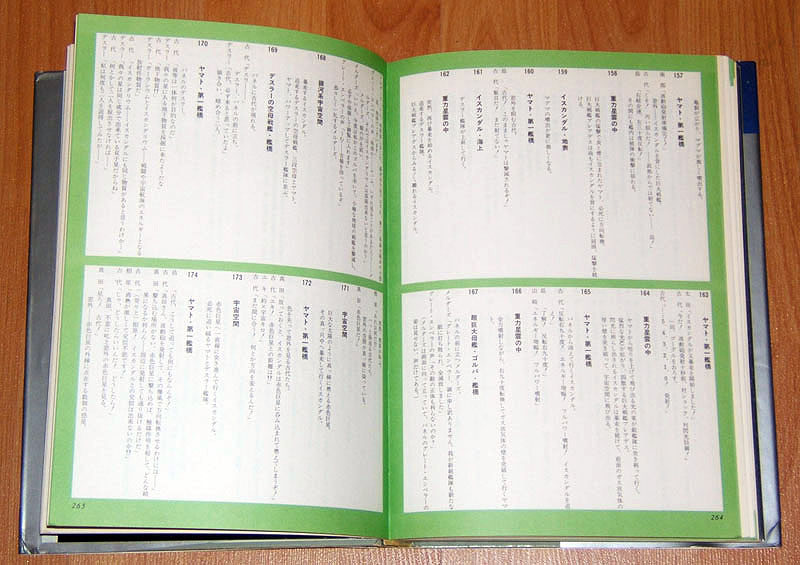 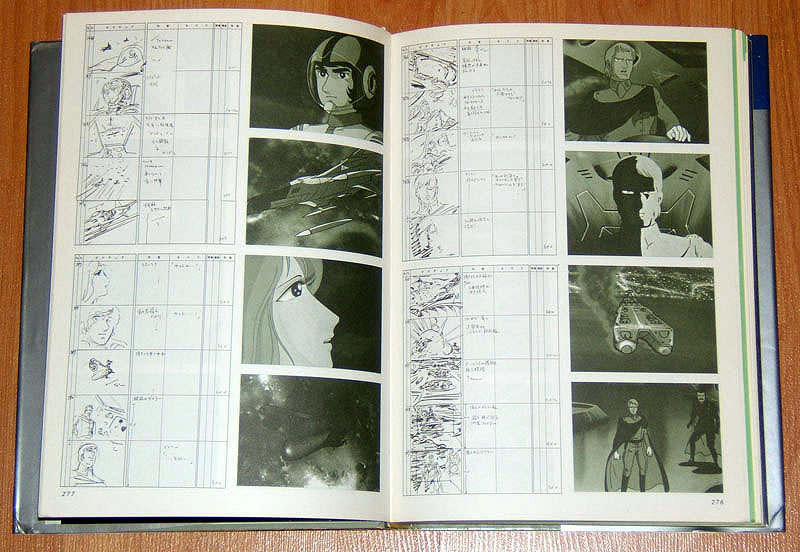 Storyboard and production notes (pp. 272 – 290). This was not a presentation of the complete storyboard, but instead several pages showcasing the work of anime superstar Yoshikazu Yasuhiko, who is still a big name today.

The book ended with a foldout montage of Dark Nebula Empire spacecraft. 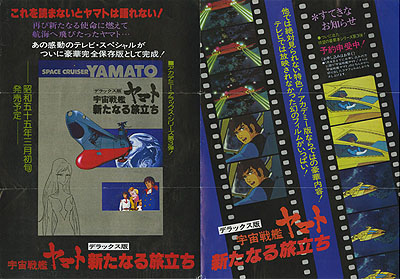 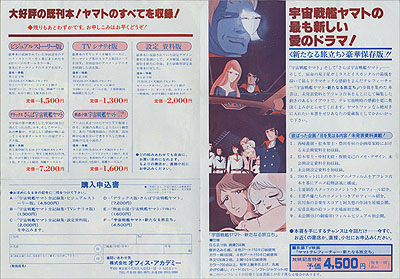 The 2-sided flyer shown above (click on each image to see an enlargement) was a more modest affair than those for previous books, but listed each of them inside, including the ‘Hot Blood’ novelization for TV series 1. The New Voyage book listed for about $45. 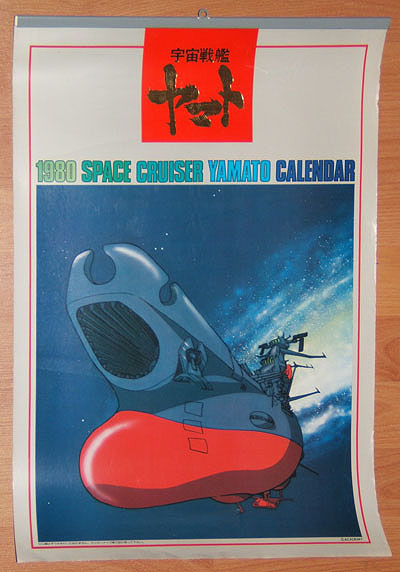 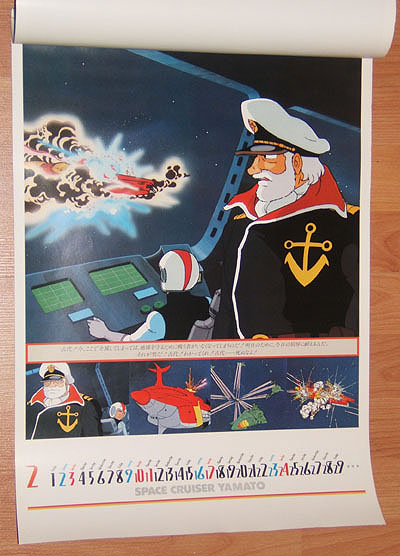 Published in the same format as the Farewell to Yamato ‘Style A’ calendar of the previous year, this set a new tradition of featuring large-scale original art in addition to animation stills. The bulk of this calendar was devoted to the first two movies with the final page commemorating The New Voyage. The artwork from this calendar can be found in the various Gallery sections of this website.

Below: a promotional postcard and two flyers for this calendar, which sold for a bargain at about $15. Click on each image to see an enlargement. 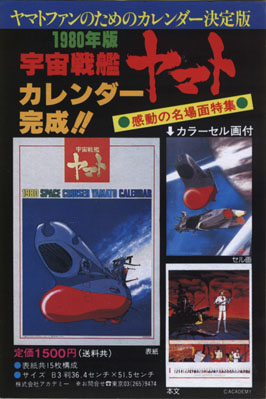 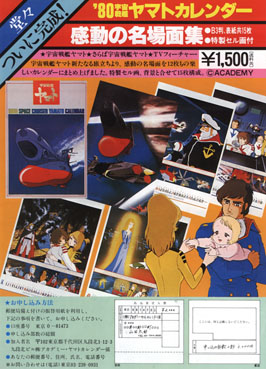 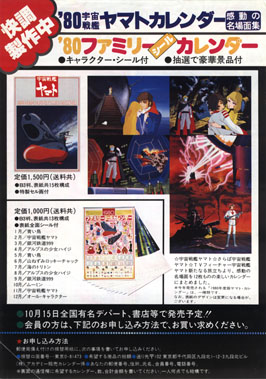 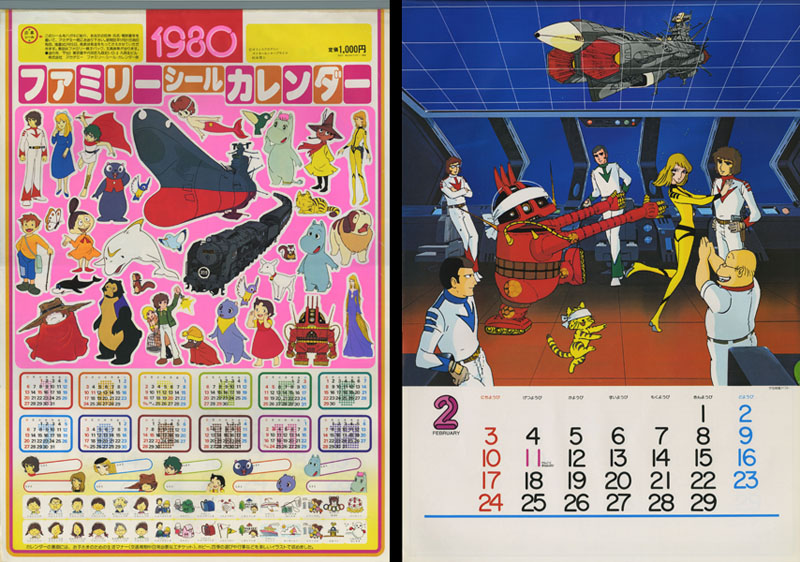 Another unusual (and now extremely rare) item from the same timeframe was this children’s calendar featuring anime characters from several different 1970s programs. Along with a pair of unique Yamato images (both shown here), it contained custom artwork for Galaxy Express 999, Triton of the Sea, and a short list of other favorites including Yamato‘s arch rival in the ratings war, Girl of the Alps Heidi. 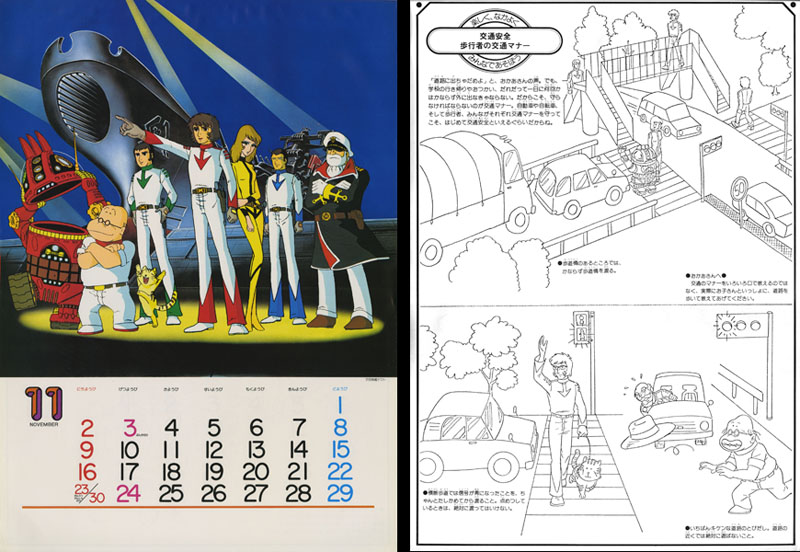 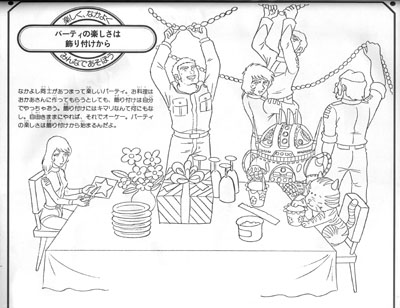 On the flipside of the calendar’s cover images could be found black and white illustrations of the various characters presenting games, activities, and safety tips. In the image above right, the Star Force offers lessons in how (and how not) to cross a street, and at left we see them preparing for a holiday party. Yamato characters participated again in Office Academy’s 1981 “Family Seal Calendar” (which was named after the stickers on the front cover, NOT a marine mammal), which is also among the rarest of collectibles.

Below: the Yamato pages from the 1981 Family Seal Calendar.

Continue to Publications for Be Forever Yamato