The merchandising of Be Forever wasn’t as extensive as the Farewell to Yamato avalanche, but the variety and variation were expanded to perpetuate any fan’s Yamato lifestyle. Here’s a rundown of the products the fan club had to offer during the 1980-81 stretch.

As before, something was needed to load and carry all the Be Forever loot home after a busy shopping day, and the two bags shown above could handle any of the following… 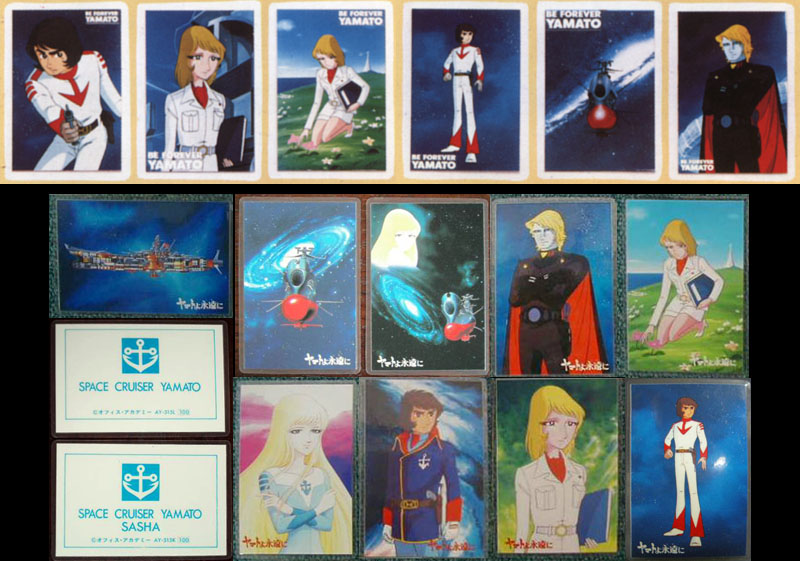 Laminated ‘idol cards’ were still the rage in 1980, so two new sets were created for the film, often reusing the same images. 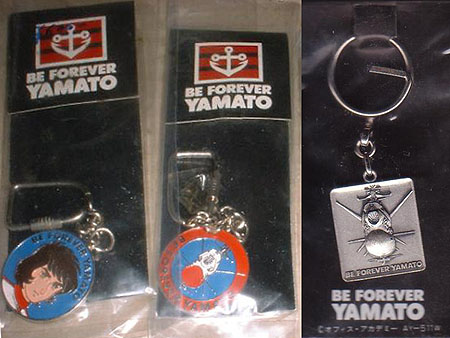 Keychains got more stylish during this campaign and made the jump from plastic to metal, ensuring they would last well into the present day (the two at far left were made by Animec). Falling into a less obvious category was the Yamato ‘Crew Card’ shown below, a tag meant to hang around the neck and symbolize…something or other. It’s possible they were made for special events, but fans probably had reasons of their own. 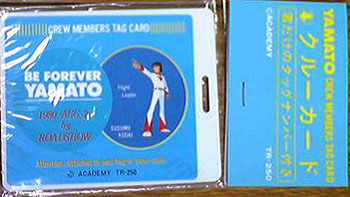 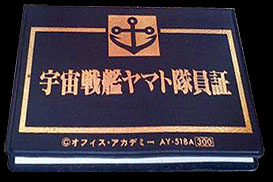 Pushing fans even farther down Fun Street was the official Yamato Crew wallet, which could be personalized with your own photo and vitals. Most of it was an empty note pad until you got to the end and found a handy ship schematic to help you figure out what deck you’re currently lost on. 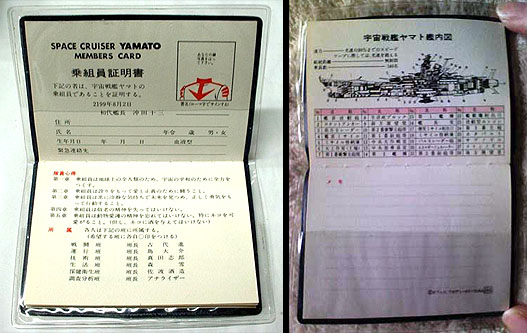 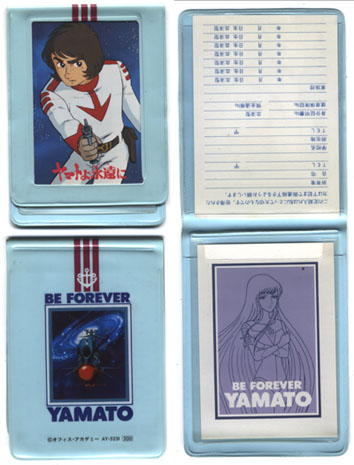 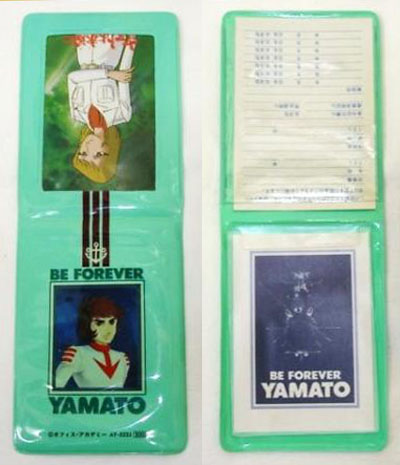 Wallets were suddenly an unaccountably hot commodity in the Be Forever campaign, undoubtedly an encouragement for fans to shop. They were available in the flip-open card-carrying style shown above and the coin-carrying style shown below, ideal for loading up your 1 yen, 5 yen, and 10 yen pieces. Even in those days that wouldn’t buy you much, though. 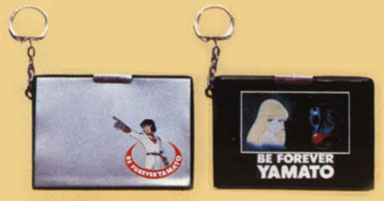 Finally, the wallet world crashed together with the keychain world (shown at left) and made life better for everyone. One would think this signaled the limits of wallet technology, but the Final Yamato campaign was still coming.

Once again, the drama of a Yamato movie meant plenty of tears would need drying, and this time there were no less than six styles of handkerchief (shown above and below) ready to absorb. The repurposing of art and graphics make for an obvious connection with certain wallet manufacturers. 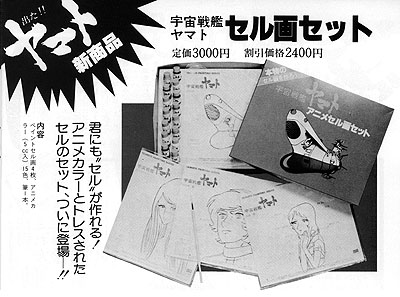 The animation boom sparked by Yamato naturally inspired many fans to try their hand at the craft, and this Yamato cel painting set gave them a chance to do just that. It came with 15 paint colors and 8 images printed on acetate from previous films. It was sold exclusively through the fan club and advertised in the club magazine.

There were already plenty of Yamato school supplies in the world, but Be Forever brought two more into being: mini-rulers and mechanical pencils. And wherever there are pencils, pencil cases must follow. In this case (below) there were both vinyl and plush varieties. 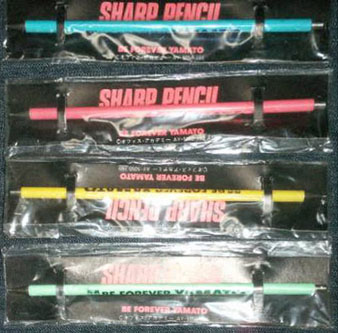 Good old-fashioned HB pencils were also part of the Be Forever lineup, all the better to fill a pencil case with. 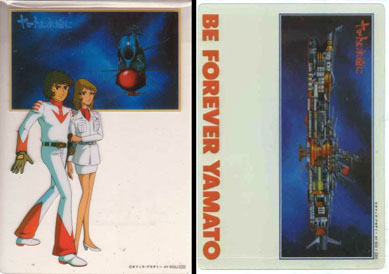 Of course, we can’t leave out the pencil boards, meant for strengthening your average flimsy note pad. The styles shown at left were somewhat different, with color images printed on a transparent sheet. 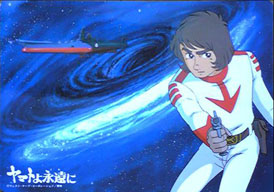 Finally, a pencil was only worth something if you had something to write on, and Be Forever Yamato supplied that, too. There were two styles of note book (above) and two styles of stationery called “space mail” (below).

“But what about the stickers,” you’re probably shouting by now. Calm down, even this was covered in two styles, which included crew-name badges in the blue set and customizable ID tags in the red set. By now all the bases must have been covered, right?

Wrong! The picture wouldn’t be truly complete without a fresh set of posters in the big and tall variety to hang on a door or across an empty wall (above and at right) and another set of postcards (15 this time) to keep Be Forever in the minds of all your friends. Or at least the ones you liked enough to give up a postcard for. 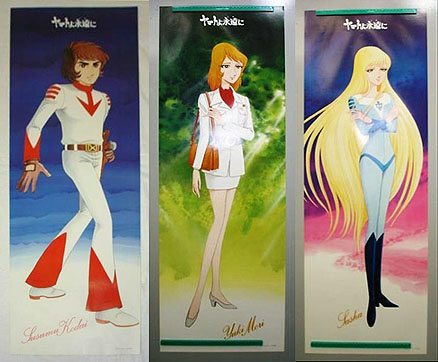 Okay, NOW the bases were covered.


Click here to see West Cape publications for Be Forever