Interview: Hiroshi Kamiya on interacting with Koichi Yamadera as Dessler: “It was really good to perform together.” 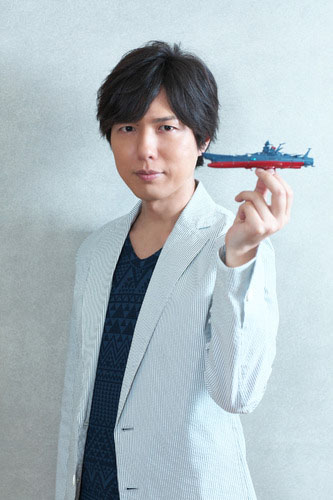 Published by Anime Anime on May 25, 2018. See the original article here.

Yamato 2202 is the fierce new remake of the eternal anime masterpiece Space BattleshipYamato. The latest installment, Chapter 5 Purgatory Chapter, premieres in theaters on Friday, May 25. In commemoration, we present this interview with Hiroshi Kamiya and Director Nobuyoshi Habara.

Mr. Kamiya plays Klaus Keyman, an officer of the Garmillas Empire stationed on Earth. He says to Kodai, “Take me on board, it will be good,” and rides on Yamato. But as for his real intentions…he is suspiciously mysterious.

From the moment when Director Habara read the script, “I heard Mr. Kamiya’s voice for Keyman’s lines,” he said. “The schedule was quite severe, but I said ‘Only Kamiya can do this, so please get him!’ I asked for the impossible, and you can see the result. It’s a wonderful thing.”

Kamiya placed his faith in the project and now says, “I’m happy. It’s a favor to an actor.” He first met Director Habara in an audition for the anime feature film Breakblade. “I appreciate the fact that I have this role because of a role I played in the past, and that’s one of the reasons I devote all of my affection and passion to performing it. I can participate on-site with stronger readiness, and I hope that trust relationship will help to nurture the project.” 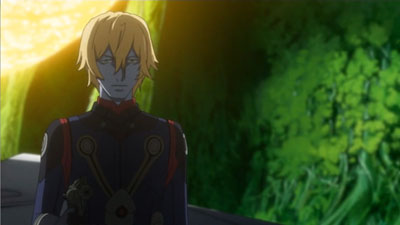 These days, it is often said that anime works all have “the same casting.” Mr. Kamiya revealed some extraordinary thoughts about that: “I absolutely think there is something that can be done with a staff and cast that has teamed up many times. I hope this can be expressed with Yamato this time.”

Kamiya’s character Keyman speaks with such passion. Hearing that, Mr. Habara said, “I’m very satisfied, because we got a Keyman that goes beyond what I imagined.”

“There are some things that I’m surprised to hear in Mr. Kamiya’s performance. I didn’t tell him anything, but he picks up on all the subtle facial expressions and changes in breath we depicted in the rough [animation], so his perception is sharp. When you can perceive the character properly even through an unfinished picture, we have a lot of trust.”

There have been many opportunities to work with others besides Director Habara; the lead actor is Daisuke Ono.

Speaking of trust, Mr. Kamiya said, “Mr. Ono has a track record of being at the center in the 26 episodes of the previous work, Yamato 2199, so I perform with him comfortably. But Kodai himself is quite unstable (laughs) so there are several times where Keyman implicitly tries to lead him in the right direction. Since Keyman is not a person who chooses words that are easily conveyed, I perform in a way that thrusts him apart from myself. There are times when I feel uneasy about Kodai drawing on the real intention of my words.” (Laughs) 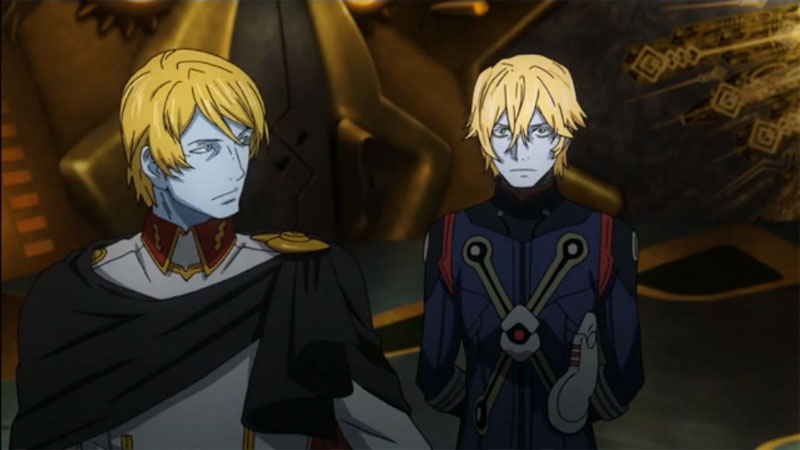 On performing with Koichi Yamadera in the role of Dessler, “It went to a place I couldn’t go on my own”

Until Chapter 4, the impression of Keyman was “a Garmillan riding on Yamato, whose thoughts we do not know.” However, his big mystery is revealed in Chapter 5. It is said that a shocking development is coming.

“It was surprising to see how Keyman changed when meeting Dessler in Chapter 5. After being flat all the way through Chapter 4, he suddenly starts to move. How far will these conflicting feelings go, and where do they resolve? I’m really looking forward to developments after Chapter 5.”

“You’d think playing a person who doesn’t have conflicting feelings would be easy, but it’s actually tough. Until now, I couldn’t express the feelings I’ve had that are really there. I thought it would be unpleasant to become a character who only says exactly what he means. When I saw Chapter 5 there was the feeling that what I was thinking finally matched the sound and expressions that came out, so I thought once again that I had a good role.” 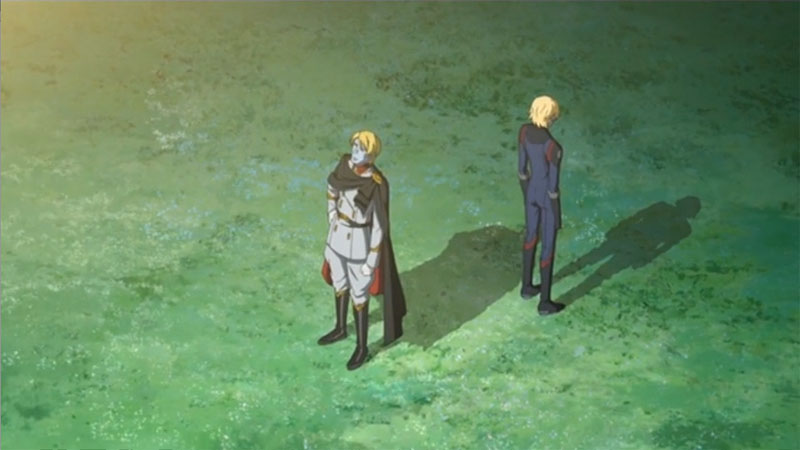 It is Dessler who becomes a trigger to show a new aspect of Keyman, giving Kamiya a chance to co-star with Koichi Yamadera. Looking back, Kamiya says, “It was a lot of fun when the voice recording was over.”

“When Dessler appeared, I got to interact with Yamadera. When there is someone else who is very skilled and good at performing, it goes to a place I can’t go on my own. There was a Keyman on screen I had never imagined, and I thought it was really good to have played him.”

Describing a dialogue between two leading voice actors, Director Habara said, “Their interaction was really amazing. I saw the staff in the booth holding their breath.”

It seems the change in Keyman was expressed in other ways besides the “performance” of an actor.

“There is a theory in drama that you can say something by elevating an upper person to look down at a lower person from a bird’s-eye view. Since Keyman was basically a flat person to everyone, the camera angles often matched everyone’s eye level through Chapter 4. Some unprecedented angles of Keyman come out in Chapter 5. With shots that express his change of position, I think you will see a new image of Keyman.”

“Since a Keyman emerges that hasn’t been seen before, including through camera angles, I think you can look forward to how it will connect to future developments.” 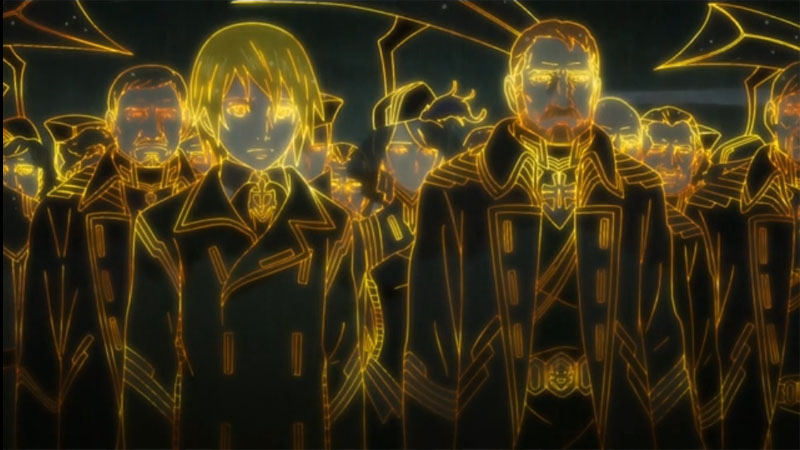 A highlight of Chapter 5 is the extravagant voice actors in the “Dessler family”?

Yammered showed wonderful interaction with Kamiya, but during the performance he announced that Kamiya showed great skill and said “he wasn’t half bad,” which was high praise from him.

“Dessler’s past is depicted in Chapter 5, and it’s wonderful to see Mr. Yamadera perform with a subtle sense of age. I thought it was amazing when I actually heard it in the studio. The sound coming from the speaker was totally different from the mic!

When you watch the actual footage, you see the subtle and effective use of sound when it comes from the speaker, and I thought, “Yeah, Yamadera’s technique isn’t half bad.”

When Director Habara heard Yamadera’s performance, “We on the staff looked at the script and the screen and thought, ‘Who said that just now?’ He performed a young age so naturally that we confirmed it in the studio without thinking. He perfectly captured that subtle age difference and we wondered, ‘Can this person actually change the thickness of his vocal chords?'” (Laughs) 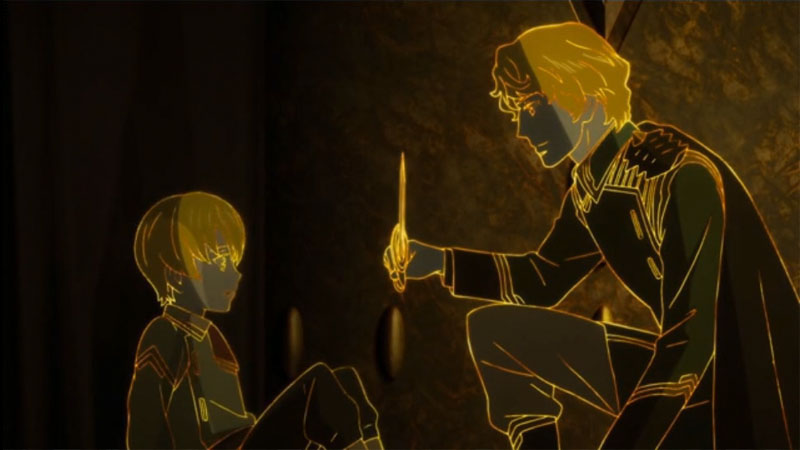 In addition, Director Habara wants us to pay attention to the “extravagant guest voice actors.”

“I made my initial casting requests without thinking about a budget, and when everyone really came when I went to the recording site, I thought Yamato was awesome! (Laughs) If there was any chance to do a ‘House Dessler’ spin-off, any story that unfolded would be completely safe if you kept these people!” 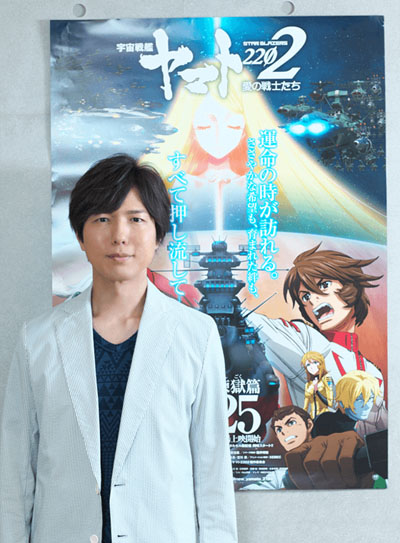 Finally, they had a message for fans who looked forward to seeing Chapter 5.

Mr. Kamiya said, “Until now, I came in relatively freely without thinking about the production side. But recently I’ve come to think that a certain director is sure to make the kinds of images I want to perform with. Since Director Habara is one who makes such images, I can more deeply enjoy watching animation while thinking about the intention behind the shots. I think the next generation of Habaras might come from such a place. (Laughs) I’ll be glad if you can watch the work from that perspective.”

Mr. Habara said, “If the one doing the acting has a louder voice than you expected, that’s the right person. In cases like that, rather than opening the mouth slightly, conversely I will rework the picture. That’s a trick you can only do if there is no picture. (Laughs) Animation works are not determined by the director alone. There is the sense of everyone making it together. That’s especially remarkable in Yamato. The visuals are made with a production staff. The film gets a strong impression from everyone, including enhancement from the actors and the sound. I hope you enjoy watching it to the end, including those parts.”