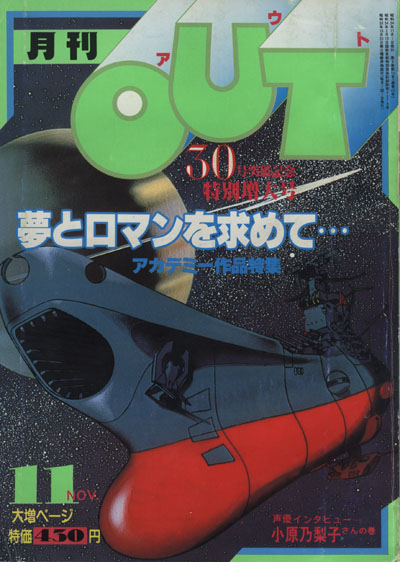 Yamato‘s third appearance on the cover of OUT added another chapter to the storied history of the two, which
began in April 1977 with its coverage of the first TV series. This time Academy Studio itself was the story with The New Voyage, Blue Noah, and Triton of the Sea to talk about (Triton was originally aired before Yamato, but a compilation movie brought it back to life in 1979). Altogether, the three productions earned 60 pages of coverage. The Yamato material consisted of a 17-page encyclopedia and a New Voyage photostory. 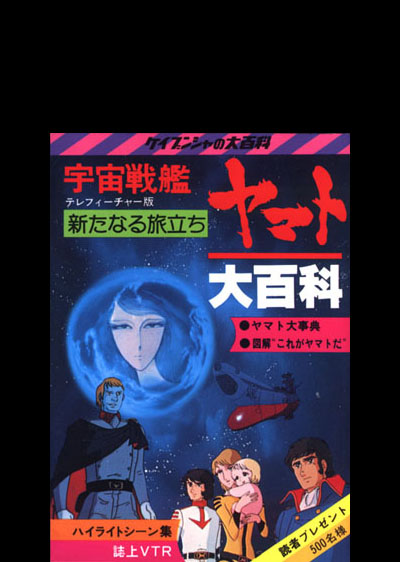 The New Voyage Encyclopedia
Keibunsha No. 49

The third Yamato book in the Keibunsha series matched the format of the first, starting with encyclopedic pages of stills and model sheets, then moving into a story digest that briefly revisited earlier productions before commencing with a retelling of The New Voyage with text and stills. Production notes included cast and crew profiles, followed by product and fan club info, a glossary, and mission maps. Though this volume of the Keibunsha series had far fewer color pages than its predecessors, it offered the same comprehensive coverage of its subject. It was one of the four Encyclopedias to be reprinted for a box set in 1999. 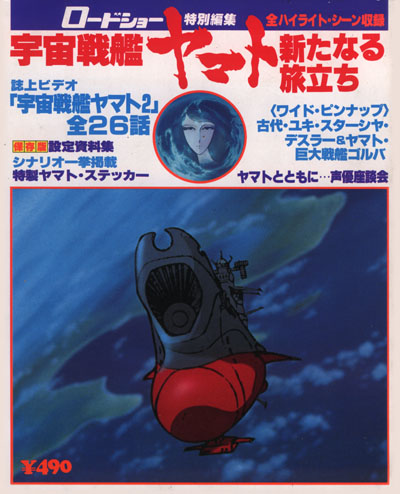 Following the format of the previous Roadshow specials for Farewell to Yamato, Shueisha turned in another winner with this one. It contained a photostory, voice actor round table, the complete script, model sheets, character studies, and an excellent episode guide for Yamato 2. 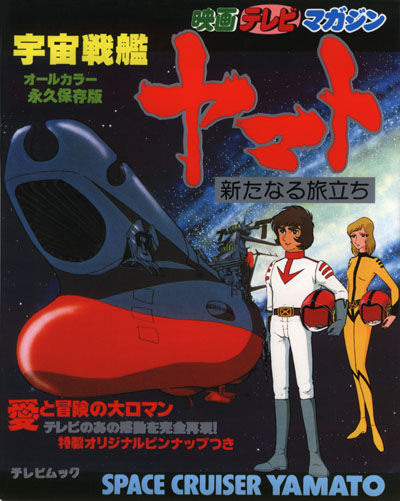 This full-color spinoff of Terebi [TV] Magazine provided an excellent overview of The New Voyage organized by subject with original art heading up each section (see all four pieces in the bottom row of our New Voyage gallery). Section 1 was a character and mecha guide and the subsequent sections presented a complete photostory. 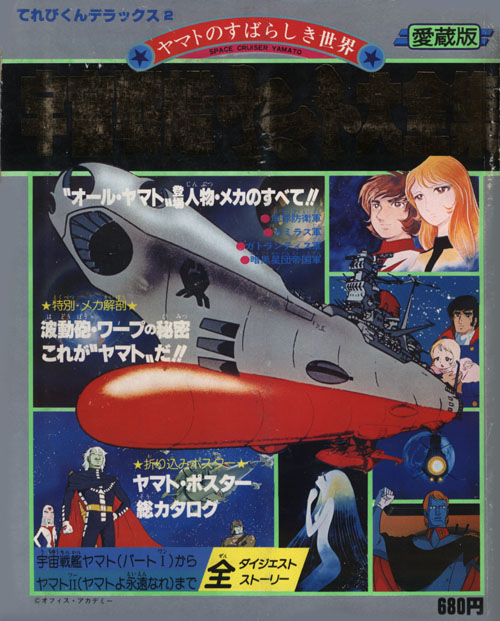 Terebi-Kun [Dear TV] magazine spun off two Yamato 2 specials earlier in the year, then followed up with this hefty volume from the “Deluxe” series. It was a colorful encyclo-
pedia of all things Yamato, from the first TV series up to The New Voyage. It contained character profiles, Yamato/Earth/allied mecha, character & mecha catalogs for the Dark Nebula Empire, Gamilas, and The Comet Empire. The book then switched to black and white for a TV and movie digest.

The “Perfect Memoir” series was a set of unusually-shaped books from Leed Co., each of which (like Tokuma Shoten’s Roman Albums) took on a different anime program. This was the first of four Leed publications on Yamato, and since they came into the game a bit later than others it provided a roundup of everything leading up to 1980. It contained a 34-page anime comic (notable for being the first of its kind) for The New Voyage, a short overview of characters and mecha, condensed black & white film comics for the first series and Farewell, an encyclopedic section on Yamato and its foes, and a substantial product catalog. 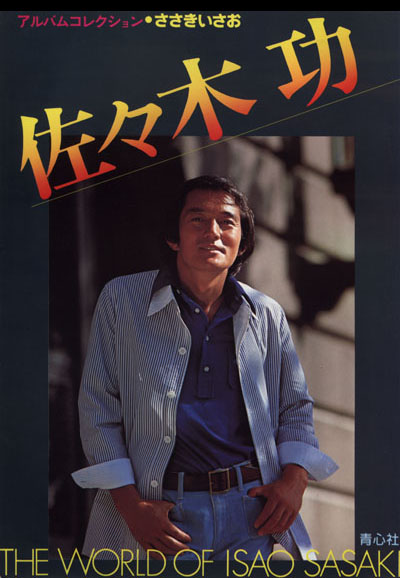 The World of Isao Sasaki

This was typical of books devoted to singers and actors, with Sasaki (often called Japan’s Elvis) filling both roles for film and television. He was, of course, the go-to vocalist for Yamato‘s various themes and insert songs, and this book was a cornucopia of photos, interviews, filmography and discography. Read interviews with Japan’s Elvis here and here. 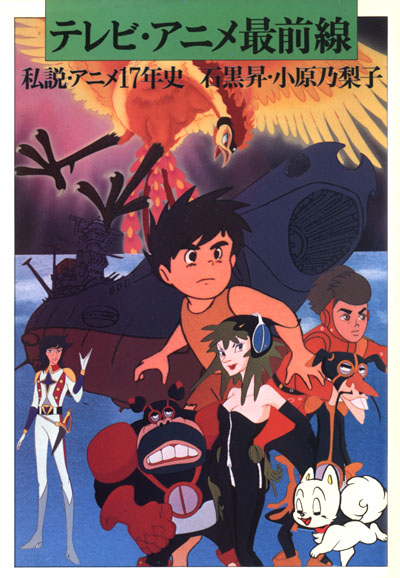 Made of equal parts tell-all and how-to, this memoir of two very seasoned production experts starts at the beginning of the TV anime industry and takes it up to 1980. Ishiguro was the chief animation director on the first few Yamato productions, and contributed an entire chapter on his experiences. Heavy on text with occasional stills and illustrations. 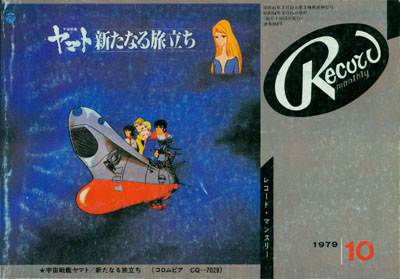 At right: The soundtrack album for The New Voyage received the distinction of being a cover feature on the October 1979 issue of Record Monthly, the bible of music stores in Japan.

Continue to the Be Forever Yamato bibliography