A Side by Side Comparison 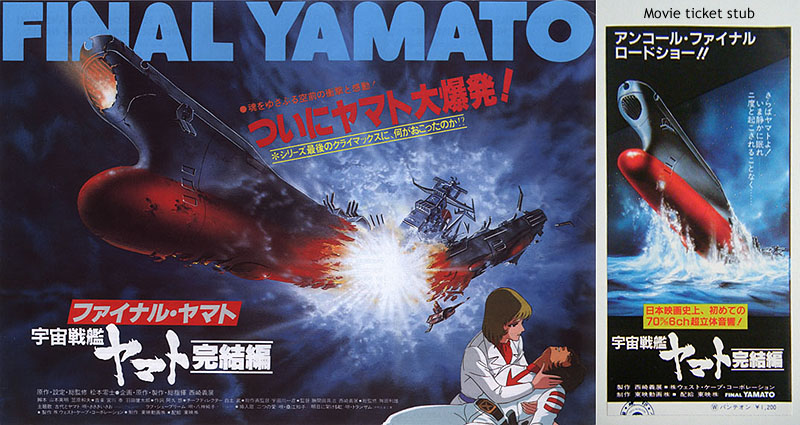 It’s well known to most Space Battleship Yamato fans that the first version of Final Yamato wasn’t actually final at all. It was a particularly intense production that got off the launch pad late because of script delays, and it kept animators working at fever pitch literally up to the night before it was released in theatres. It premiered on March 19, 1983 and was then promptly hauled back into the shop for a facelift. 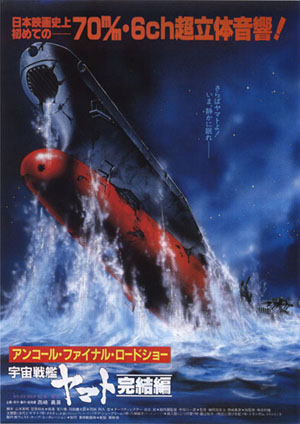 What isn’t well known are the details of that facelift. The movie reappeared in November in the form of a single 70mm print that was seen in a very limited engagement; one week each in Tokyo and Osaka. This isn’t as bad as it sounds, since it was released on home video the following June and has been constantly available ever since. (See the complete Final Yamato videography here.)

Home video was still pretty new at that point, and companies were experimenting with the time lag between cinema and rental shops. In the case of Final Yamato, the first version made its debut on VHS and Beta in April 1983, a week before the film left theatres (which must be a record of some kind).

That first version is now known as the 35mm cut, and it was released to video only once. Now those aging tapes are the only way left to see it (YouTube notwithstanding), and fortunately for us they’re still in good enough shape to allow for a scene-by-scene comparison with the 70mm cut. That’s what this presentation is all about: a unique opportunity to see a Yamato film as a work-in-progress.

Watching one version at a time only provides the broad strokes; the 70mm cut contains scenes that were not in the 35mm cut, which makes it 12 minutes longer. But viewing them simultaneously (the method that made this article possible) causes a lot of subtleties to pop out. There are numerous occasions where scenes are slightly re-ordered, presumably to improve the story flow. Other scenes are lengthier in the latter version, stretched out for dramatic effect. Most significantly, an enormous number of scenes were altered, enhanced, or entirely revised to a higher standard. That’s the category we’ll examine here.

One more item of interest: despite the upgrade to 70mm, the movie’s aspect ratio was unchanged. According to fans who were there to see it for themselves, the picture was still projected in the same 3×4 proportion. A widescreen version did not exist until the 1999 DVD release in Japan in which an artificial letterbox obscured the top and bottom of the picture. 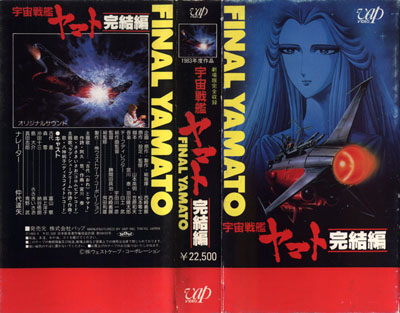 A word about viewer access: if you’ve got the Final Yamato DVD released by Voyager Entertainment you have the finished 70mm version. If you’re a hardcore collector who owns the videotape shown here, you’re lucky enough to own the 35mm version and you should make a backup copy ASAP. If you don’t own the 35mm version and want to watch it from end to end, it has appeared on YouTube from time to time.

Since there are over 250 separate images in this presentation, they have been divided into bite-size segments. Rather than the tedious terms ’35mm’ and ’70mm,’ the two versions will be referred to simply as A and B. Also note that since version A comes from a videotape and B comes from a laserdisc, the clarity will be quite different. The laserdisc picture is much brighter and the VHS picture shows evidence of a haphazard film-to-video conversion. (This is understandable, since it was entirely manufactured and distributed inside of a month.)