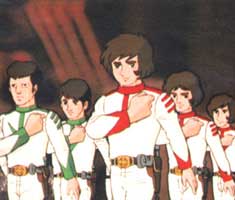 The Star Force marches into destiny

October 5: The entire Star Force was assembled and briefed. Installation of the ship’s equipment and stores began. Black Tiger Squadron reported for duty. Astra’s body was placed on board in a hibernation tube. The Yamato was give the call-sign “Argo,” officially commissioned into the EDF as battleship M-21991.

October 6: Launch day. The Argo‘s crew paraded through the city, then boarded the ship. The Gamilon missile was detonated by the Argo‘s defensive fire at close range, but the ship emerged unscathed and launched into orbit. Destination: Iscandar.

October 7: The Argo made her first space warp (episode 4).

October 8: Jupiter’s floating continent was destroyed in the first firing of the Wave-Motion gun (episode 5). 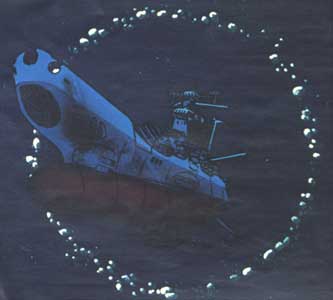 October 13: The Argo was forced into Pluto’s sea by the Gamilon Reflex Gun (episode 7). Alex Wildstar was transported from Pluto to Gamilon.

October 15: The Gamilon base on Pluto was destroyed (episode 8).

October 31: The Argo used the asteroid ring as a defensive measure for the first time (episode 9). 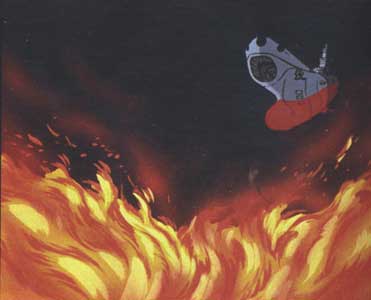 The Sea of Fire

November 30: Captain Avatar collapsed. The Argo barely passed through the Sea of Fire on the Alpha Star of Orion (episode 12).

January 14: The Argo faced the Balanosaurus; Captain Avatar survived an operation to save his life (episode 17). 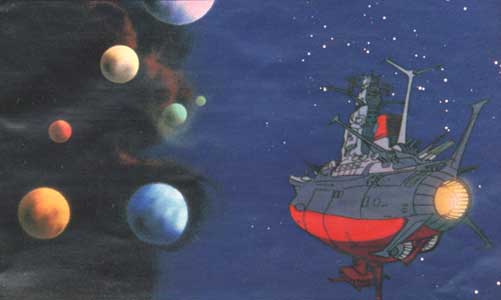 Janaury 17: The Argo was nearly destroyed by magnetronic waves (episode 18).

January 24: The Argo reached Balan, the halfway point to Iscandar, and was nearly destroyed by the Gamilons’ artificial sun. Wildstar defeated the plan and was appointed Deputy Captain (episode 20).

March 3: The Argo was challenged by Lysis to a showdown at the ‘Rainbow Galaxy’ star cluster (episode 21).

March 10: In the battle of the Rainbow Galaxy, the Argo was hit by a drill missile, but managed to reverse it and destroy Lysis’ mobile force. Lysis died attaching a mine to the Argo‘s hull, taking a portion of the ship and crew with him (episode 22).

April 23: The Argo was dragged to Gamilon’s inner crust and destroyed much of its civilization (episodes 23 &24). Desslok escaped with a small fleet. 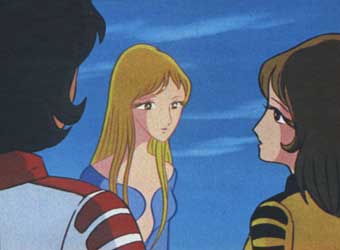 Starsha reveals the truth of Iscandar 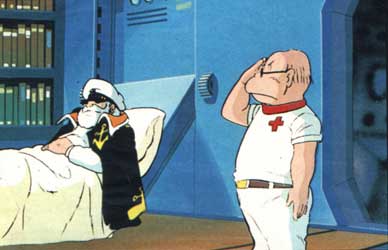 Final salute for the captain

September 6: The Argo returned to Earth. The Cosmo DNA was activated and Earth was instantaneously rebuilt. Radioactive contamination disappeared as atmosphere and surface water was spontaneously regenerated.

October 13: In an unexpected turn, Captain Avatar’s body was restored to life by residual energy from the Cosmo DNA, but he was devoid of memories. Avatar was spirited away and kept in seclusion by Dr. Sane and General Singleton while the rebuilding of Earth’s civilization began. 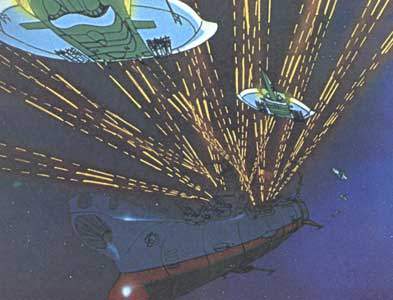 In September, the Argo returned to Earth after its year of patrol, encountering an unknown enemy ship on its final day. Shortly thereafter, a message was received from Planet Telezart, and a new mission began with the Star Force reassembling and launching on their own initiative.

In October, the Argo reached Telezart and learned of the approaching White Comet Empire from Trelaina.

In November, the Argo returned from Earth barely ahead of the White Comet and fought in the Battle of Saturn, in which the combined fleet of the Earth Defense Forces was destroyed. In a subsequent battle, Desslok had Derek Wildstar at his mercy, but chose a path of peace rather than kill his former enemy. Shortly thereafter, Trelaina appeared and sacrificed herself for the future of Earth.

In December, word arrived from Desslok that Iscandar was endangered by forces of the Black Star Cluster Empire, and The Argo broke off from a training cruise to lend aid. 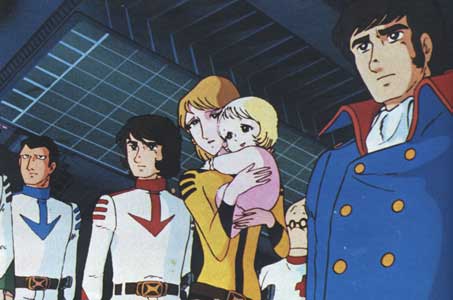 January: Although Desslok’s forces allied themselves with the Star Force, a Gorba fortress of the Black Star Cluster (AKA Dark Nebula) Empire fought them to a standstill and claimed Iscandar for their own, in order to strip it of the energy-producing mineral, Iscandarium. Queen Starsha turned the tables by igniting the vast energies that lay within the heart of the planet and destroying her world rather than turn it over to the bloodthirsty warlord Skaldart.

Sasha, the daughter of Starsha and Alex Wildstar, was now the last living descendant of the once-mighty Iscandarian race.

Later in the year, Emperor Skaldart dispatched a massive invasion force to subjugate the Earth. Knowing full well the threat posed by Iscandarian Wave-Motion technology, Skaldart gave the highest priority to destruction of the Argo. Instead, the Star Force launched from a hidden location (the converted Asteroid Icarus) and penetrated through the Dark Nebula to the Galaxy of Light, ultimately finding and destroying Planet Dezarium. 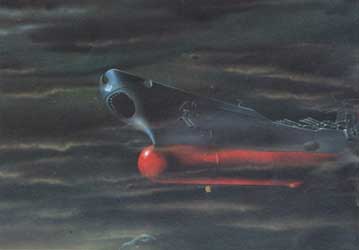 Concurrently, Desslok and the last remaining units of the Gamilon fleet found and liberated their parent Planet Galman from the Bolar Empire. Their numbers restored, Desslok’s forces quickly spread across the galaxy and fought against Bolar fleets wherever they were encountered.

The expanding war between the Galman and Bolar Empires spread into the Galactic spiral arm containing the Earth, and a stray Galman missile detonated inside Earth’s sun, setting off a chain reaction of nuclear fusion that would accelerate sun’s the life cycle, leading to solar collapse in one year. The Argo was sent on a mission to locate a suitable planet for emigration, but instead became embroiled in the Bolar Wars. This lead to the discovery of Princess Mariposa, heir to the throne of Gardiana, who had been imprisoned in the heart of Planet Phantom. Phantom turned her over to the care of the Star Force, who returned her to Planet Shalbart (AKA Gardiana). In return for their help, the Vault of Yesterday was opened, and the elders of Shalbart provided the Star Force with a device to restore Earth’s sun. In a subsequent battle near Earth, Desslok destroyed the Bolar Black Hole fortress and Bolar Prime Minister Bemlayze with it, effectively decapitating the Bolar Empire. 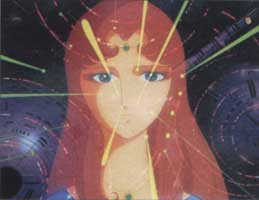 Near the end of 2203, a new threat emerged when the Dinguil Empire steered the Ancient Water Planet Aquarius toward Earth and accelerated its course, threatenening to deluge Earth with water. Captain Abraham Avatar, restored to full life but still missing most of his memory, was once again given command of the Argo to face this enemy. It would be his final mission.

One thought on “History of the Star Blazers Galaxy, Part 5”