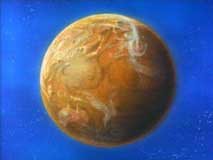 Captain Avatar and his squadron returned to an Earth they hardly recognized: its environment collapsing, its remaining population squeezed into the Underground Cities. Hailed as a hero, Avatar “retired” from active duty. In reality, he began forming an elite special operations group to work on a top secret task: Project ARGO.

The Federal Government of Earth decided that the war was unwinnable. Earth’s political leaders decided to build a special “sleeper” ship loaded with a complete DNA library of all life on Earth, and to send it into deep space to propogate on some other Earthlike world. Avatar was promoted to Fleet Captain and placed in charge of this new project. He began quietly recruiting EDF personnel of known quality and creativity to form the nucleus of this new “Star Force.” His first recruits: the Nobel Prize-winning surgeon and geneticist Dr. Sakezo Sane,and a brilliant young woman who graduated at the top of her Academy class with dual degrees in nursing and physics: Nova Forrest.

Desslok ordered work to begin on the ultimate weapon: the Fist of Gamilon. Two 1500-ton asteroids were mounted on a thrust frame to which an antimatter engine was attached. This assemblage was launched from deep within the Oort Cloud and, under constant acceleration, was aimed on a collision course with Earth.

Avatar chose tactical personnel for the Star Force. This selection included Derek Wildstar and Mark Venture, as well as his son Adam. The first sentient artificial intelligence Analyzer IQ-9 was completed and assigned to Dr. Sane to replace the IQ-5 series.

As the Star Force reached full operational status, a training base was established on Mars. As a cover and resource base for the construction of Earth’s first starship, Avatar selected the hulk of Yamato, a sunken WWII battleship near Great Island Underground City. As conversion of the wreck began, EDC ordered the development of the starship’s auxiliary vessels, including the Cosmo Tiger and Cosmo Zero-type escort boats. 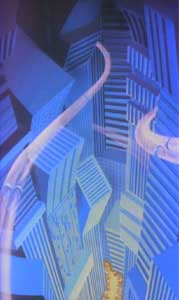 The Underground City
at Great Island

October 13: Doomsday. The Fist of Gamilon reached 92% of lightspeed. It separated into two 1500-ton parts, one of which was boosted slightly ahead of the other and separated into small chunks. At 0700, these faster chunks impacted Earth’s atmosphere above North America and vaporized, releasing their kinetic energy as electromagnetic radiation. The entire surface of the Western hemisphere instantly melted, and the atmosphere was blasted into space as the oceans flashed into steam. Twelve hours later, the second impact occurred, reducing Earth’s surface into bubbling magma. Titanic earthquakes wracked the planet, destroying 95% of the Underground Cities, along with their populations. Only Great Island, the Afro States, and a few others survived the blast. After several weeks, the molten surface layer cooled and hardened to a bone-dry, highly-radioactive crust.

The Gamilons activated an artificial sun near Pluto, completing the enviroforming of the planet and installing a Reflex Gun satellite system. Gamilon forces were ordered to hold position until Earth’s remaining population died off. The Mars garrison was withdrawn to the Floating Continent on Jupiter.

Wildstar and Venture were assigned to Mars Monitor Station 1 for training. Nova Forrest was promoted to Lieutenant upon receiving twin doctorates in Physics and Emergency Medicine. Hibernation tube system design was completed by Sandor and Sane. The DNA library was completed and loaded onboard the starship. A holographic library containing a massive store of knowledge and cultural information was completed. 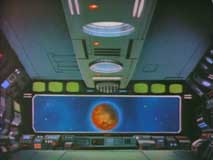 The EDC decided to make one final attempt to win the war against the Gamilons. The remaining fleet of EDC ships based at Great Island were refurbished and readied for battle. The plan was to dash past the lightly-fortified Gamilon bases near Jupiter and Titan and surprise the Gamilon fleet near Pluto’s orbit. It was hoped that surprise and desperation would enable the Pluto fleet to capture the enviroformed planet for use as a new home for humanity. Avatar was ordered away from the Star Force to lead the Pluto fleet. He was saddened to discover that both his son and Alex Wildstar were to be sent on what he knew was a Kamikaze mission. Sandor was temporarily placed in charge of the ARGO project.

The Earth Government determined that humanity would become extinct within 18 months. Radioactive fallout from the surface had begun to build up in the environmental system of the Underground City, contaminating it beyond any hope of reclamation. Sandor took personal charge of the Pluto fleet refurbishment. Alex Wildstar was promoted to Captain and given command of guided missile destroyer #17, EDS Yukikaze [M-21881]. He chose Adam Avatar as his communications officer.

Starsha of Iscandar was informed of the destruction of Earth by Desslok. Horrified, her sister Astra volunteered to carry a message of hope to the people of the doomed planet. 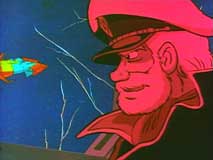 Captain Avatar
at the Battle of Pluto

August 6: the Pluto fleet was met by the combined might of the Gamilon Forward Fleet. Only Avatar’s flagship 225 survived the resulting attack. Avatar was wounded by radioactive shrapnel. Yukikaze went missing and was presumed destroyed. Alex Wildstar, Adam Avatar, and the rest of the crew were listed is KIA.

August 7: Astra’s ship warped into space near Pluto, but was damaged by an automated Gamilon missile battery and crashed near Mars’ north pole. Astra’s body, her ship, and a mysterious crystalline capsule were recovered by Wildstar and Venture.

September 9: Mars base was abandoned. Venture and Wildstar, along with the mysterious capsule and its messenger, returned to Earth aboard 225. Wildstar learned of his brother’s death. 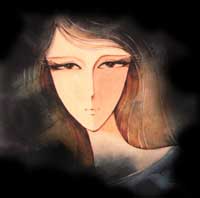 September 11: After having a powerful dream, Avatar proposed a new method of reading the message in the alien capsule. The new procedure succeeded, and the capsule’s invitation to Iscandar and Wave-Motion primer were decoded. Gamilon forces on Pluto became aware of activity around the hulk of Yamato. Venture and Wildstar met Nova, IQ-9, and Dr. Sane.

September 12: After having their own strangely powerful dreams, a theoretical basis for Wave-Motion physics was proposed by Sandor and Orion. Using the plans included in Starsha’s message, a crash program began to build the Wave-Motion Engine.

September 13: Alex Wildstar crash-landed the damaged Yukikaze on Titan. He alone survived to be captured by Gamilon forces.

September 14: EDC Commander Charles Singleton decided to reformulate the mission of the ARGO Project. Instead of serving as an evacuation vessel, the starship would be fitted with Iscandarian technology and sent to retrieve the planet-renewing Cosmo DNA machine from Iscandar. The project was renamed “The Star Force.” Avatar informed Nova of this new mission. 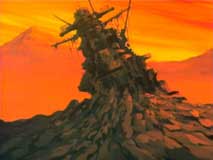 The rusted superstructure of
battleship Yamato 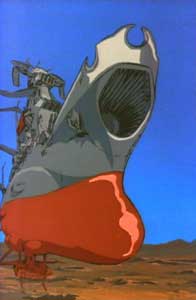 October 4: As per Starsha’s instructions, the crystalline heart of the message capsule was placed within the Wave-Motion engine, which was energized. Sandor and his engineering crew were amazed as the engine “reshaped” Yamato around itself to conform with programmed specifications. When this reshaping process was finished, only the outlines of the ancient battleship remained; its atoms had been rearranged into a space battleship, which was newly christened “The Argo.”

(The Iscandarian crystal created gravitational waves in the space/time continuum that liberated zero-point quantum energy and powered the ship. The waves, properly shaped, could “submerge” the ship in a subspace that allowed point-to-point travel in curved spacetime at greater-than-light speeds. As the engine was activated, shaped waves within local spacetime manifested as a forcefield that held the ship together. The process, which allowed almost instantaneous travel over enormous distances, was called “warping.”)

Upon hearing the news, Avatar selected his command crew for the mission, including Wildstar, Venture, Sandor, Orion, Dr. Sane, and Eager. Homer Glitchman was selected as Radio Officer.

The Argo was attacked by a Gamilon spacecraft carrier. The attack was driven off by Argo’s secondary armament. The first test commenced for the gravity control system. Wildstar, Venture, Dr. Sane, and IQ-9 were briefed on the true mission of the ship.

The Earth Government announced that the city’s life support systems would fail in 365 days.