Despite its importance to fans, magazine coverage for The New Voyage was comparatively thin. A primary factor in this was the exploding world of new anime, which filled up pages that were previously lavished upon Space Battleship Yamato. This is not to say that coverage was hard to find; Animage, OUT, and the Yamato Fan Club Magazines all gave the film its due. But most of that coverage was devoted to the story and precious little went behind the scenes.

Within that limited range, however, fans did get a few words from the inside. And here they are, in English for the first time. (Special thanks to Sword Takeda for translation assistance.) 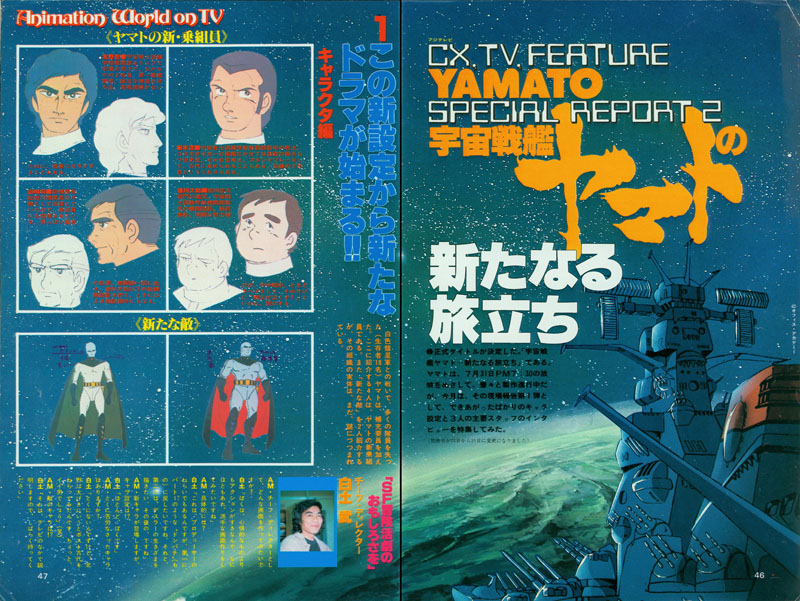 The official title was decided. It is Space Battleship Yamato: The New Voyage.

Yamato aims for a broadcast of July 31 at 7:30pm and production is progressing steadily. This month, the first field report features the character designs and staff interviews with three people.

Many crewmembers were lost against the White Comet Empire and the remaining Yamato crew (18 survivors) is supplemented by new personnel. The four people introduced here are in the new crew of Yamato. In addition, two of the “new enemy”Ã‚Â are introduced, but the details of their organization are still wrapped in mystery. 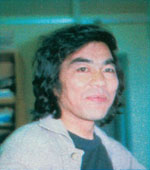 The Appeal of the SF Action Adventure Film

Interviewer: As the chief director, what kind of program do you want to make?

Shirato: Action is empty without feelings and emotions, but I’d like to do something big and showy anyway.

Shirato: Although this is also the aim of the producer, I want to return to the tone of Part 1. Also, to anchor it with the energetic style of Dessler as in the later part of Series 2.

Interviewer: Some new characters appear; who designed them?

Shirato: Most of them were by me.

Interviewer: Were there any difficulties at the design stage?

Shirato: Not that much but if I pick one, Kitano is intended to be post-Kodai. Nice looking, huh? (laughs)

Interviewer: What about the enemy characters?

Shirato: They will be explained on TV, so please wait a while. 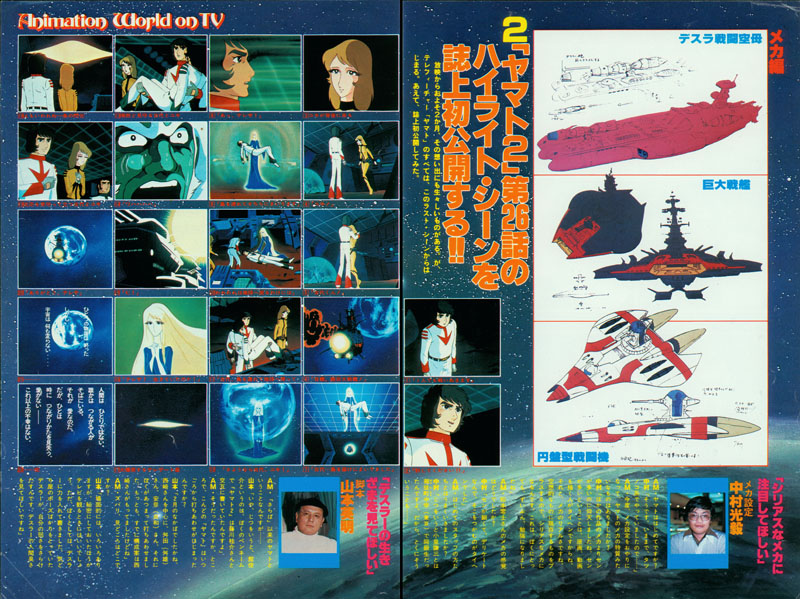 Text above: The memories are still vivid about two months after the broadcast, but the Yamato telefeature begins from the last scene [of Series 2]. This magazine is the first to reveal it to the public. 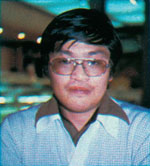 I Want You to Pay Serious Attention to the Mecha

Interviewer: Are you working on Yamato for the first time?

Nakamura: Yes. Until now, I worked at Tatsunoko Productions.

Interviewer: As a mecha designer, what do you observe as the characteristics of Yamato mecha?

Nakamura: Although there are many mecha in other works, it’s always trouble for those who draw the animation. The mecha here is very realistic. Because it is combined with fantasy, it becomes serious mecha. It is something to study closely, even for me.

Interviewer: What is your impression of Leiji Matsumoto mecha?

Nakamura: Much of it is very thin and delicate, which causes a lot of trouble.

Interviewer: Did it go well working with the staff for the first time?

Nakamura: To tell the truth, Kenzo Koizumi was my classmate in junior high school. Therefore, it went especially well! 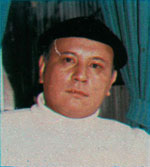 I Want to See the Lifestyle of Dessler

Interviewer: You’ve been away from Yamato since Farewell…

Yamamoto: No, actually I alternated on the writing of Series 2 with Keisuke Fujikawa under the penname of ‘Tate Shunsuke.’Ã‚Â

Interviewer: Is that so? As for this new Yamato, when did meetings begin?

Yamamoto: Mr. Nishizaki began meeting with Toshio Masuda and Yasuhiko Yoshikazu in mid-February, and I rallied around them to put it together. However, the proposal was already organized by Mr. Nishizaki.

Interviewer: What will be the highlights?

Yamamoto: There are various good scenes, but they have to be kept secret until you watch them on TV. However, I wrote with an emphasis on Dessler. The position he takes begins to reveal his flaws. I want people to see the human side of Dessler the soldier. 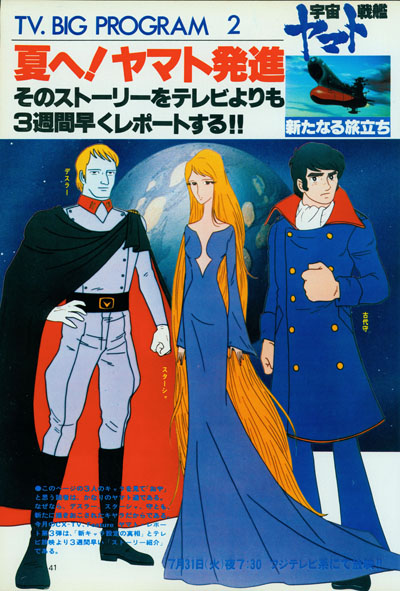 Prior to this interview, new character designs were completed by animation director Kenzo Koizumi! 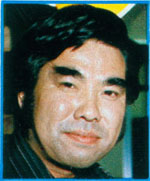 Interviewer: Hearing that Kodai’s character design would change in the Yamato telefeature was a shock. Is the image changing??

Koizumi: It’s already been six years since the first story. There is some change because it would be natural in any story.

Interviewer: So the changes are a matter of aging, growing up?

Koizumi: Also, the character grew older along with his designer. (Laughs) So the older me wanted to make him older, too.

Interviewer: I’d like to ask how he has specifically changed.

Koizumi: the nose has been lengthened and his eyes are more rounded. It was thought that the eyes would soften as one grows up.

Interviewer: What about Yuki?

Koizumi: I considered how she would grow from a girl to a woman. It may be exaggerated, but she becomes more womanly with her eyes seemingly full of tears. What do you think?

Interviewer: According to the design material, she has a long dress. Is it the first time Yuki has worn it?

Koizumi: This is the first time. I wanted to try and give her a little elegance. Also, the story demands that Analyzer try to pull up her skirt. (Laughs)

Interviewer: How about Shima?

Koizumi: There are various differences. We reduced the swelling of his cheeks and strengthened his chin. It used to be the face of a swollen Shima.

Koizumi: When the design differs too much, I try to bring it closer to Mr. Matsumoto’s original.

Interviewer: How old is she meant to be in the design?

Koizumi: Around 26 or 27 years old. Therefore, if she has the sex-appeal of an adult, then the design is successful.

Interviewer: When thinking back to how they were six years ago, Kodai and the others have become fine young people.

Koizumi: Because they have passed out of their previous childhoods.

Interviewer: By the way, I have the impression that Mamoru Kodai hasn’t changed much.

Koizumi: Yes, because in his case he was already an adult, so it wasn’t necessary to change him.

Interviewer: Finally, there is Dessler. Is his design still close to that of Part 1?

Koizumi: The image of Dessler hasn’t changed very much because it is already quite strong. However, the general feeling is that he closely resembles Part 1.

Koizumi: My job is chief animation director, the unification of character design, and the checking of layouts. Please keep a close watch on the pictures! 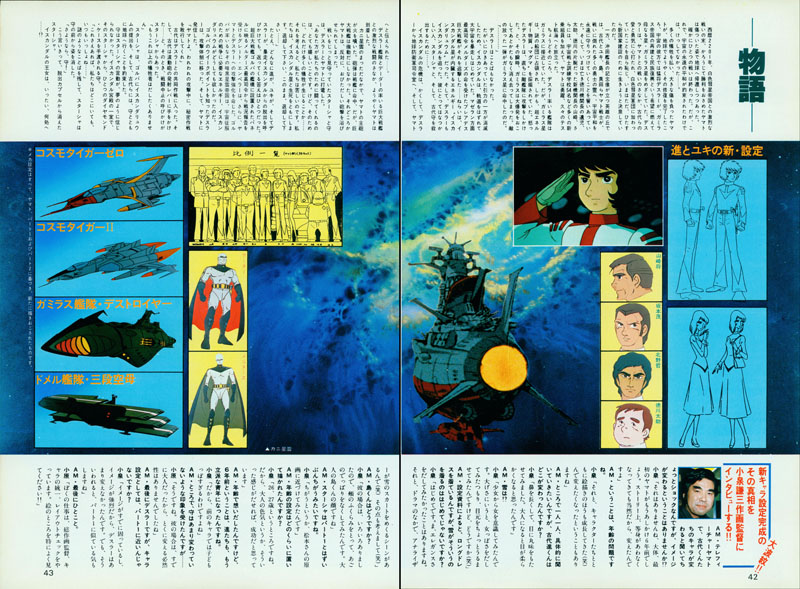 Producer and creator Yoshinobu Nishizaki kept up his public appearances in the wake of The New Voyage, and great excitement was caused by his plans to begin production on the next film, which is being called Yamato Part 3. Fans were full of speculation about what would happen next, and Nishizaki revealed only that it would tie in closely with the events in The New Voyage.

Takeshi Shirato, the director of The New Voyage, gave this interview so that fans wouldn’t miss any of the key points from the film, which was being categorized by a brand new term: “tele-feature.” 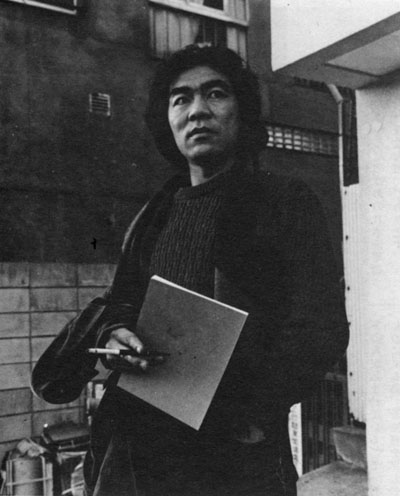 Interviewer: What do you consider to be the highlights?

Shirato: Mainly what Dessler decides to do about Planet Iscandar. Dessler suffers a human-like agony through his love for Queen Starsha. Of course, there is a lot of combat, but the drama centers on human relations.

Interviewer: What are the central points concerning Yamato?

Shirato: The enemy, the Dark Nebula Empire, does not directly stand against Yamato since its goal is to mine the Planets Iscandar and Gamilas. However, Starsha resists them and the conflict begins. On board Yamato, though, the training of the new crew is interesting to watch. There are also retrospective sequences from Part I. This is for those who are seeing Yamato for the first time.

Interviewer: The new mecha, such as the Mechanical Planet Goruba, are quite strange-looking. Does it move?

Shirato: Yes, it moves. There are jets at the bottom, and it usually flies horizontally. But when occasion demands, it rises up…

Interviewer: But there is no up or down in space…

Shirato: Correct. This is purely a matter of visual presentation.

Interviewer: It is conspicuous that several anime tele-features are in the works this year.

Shirato: I have seen many, and I think that though the first half of the story is usually high-spirited, the latter half loses energy. Maybe the creators are too accustomed to making 30-minute stories. Of course, in the case of Yamato, we are trying to avoid this.

Interviewer: What are the pros and cons of tele-features?

Shirato: I think a tele-feature can present more detail, and therefore stays closer to the original idea than a 30-minute program. It is, after all, a movie.

Continue to the next article: Yoshinobu Nishizaki essay on The New Voyage