Star Blazers fan clubs in America didn’t have quite the same numbers as Space Battleship Yamato clubs in Japan, but they were absolutely equal in terms of passion, dedication, and motivation. This unique collection of documents from the early years puts all of that on full display.

We learned about the founding of the first Star Blazers fan club in our dual interviews with superfans Mike Pinto and Brian Cirulnick (which can be read here). Mike got the ball rolling by placing an ad in a 1980 Starlog magazine, and quickly rounded up enough members to justify the publishing of a quarterly newsletter. Initially titled News Line it was later renamed The Star Blazers Fandom Report and was the only organized source for news at that time. Chapters of the club began to form in different cities (primarily on the upper east coast) and many members became active contributors.

A total of sixteen reports were published from 1981 to 1984, with a special revival issue in 1993. Thanks to Michael, Brian, and fan club members Walter Amos, Edward Hawkins and Tom Brevoort, we are proud to present this complete archive. Together these issues present an intimate snapshot of the first years of anime fandom in America; loving tributes to the series (in both text and art), very serious discussions about entertainment media, convention announcements, calls to action, a record of Final Yamato from speculation to screening, and the first explorations of other anime.

Since these issues weren’t intended to circulate beyond the membership, they were full of personal contact info that has been redacted for privacy purposes. Nevertheless, it’s easy (and fascinating) to recognize in these documents the seeds of today’s online social media.

Click on the issue numbers below to view a complete PDF of each newsletter. 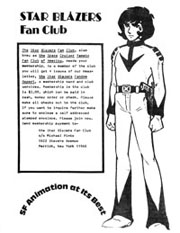 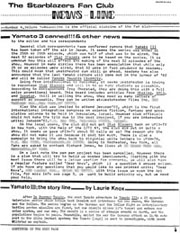 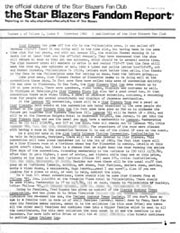 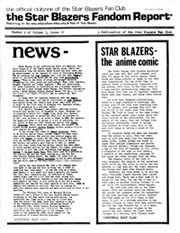 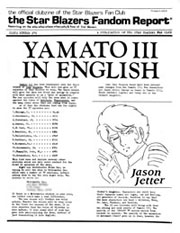 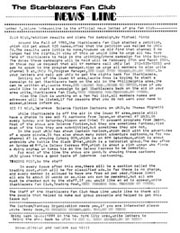 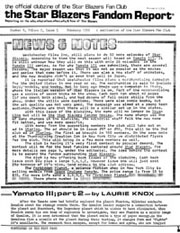 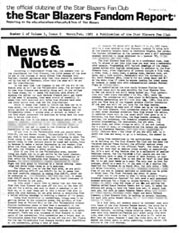 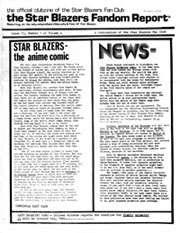 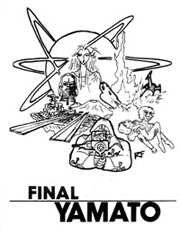 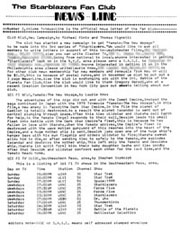 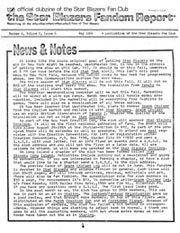 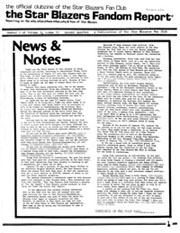 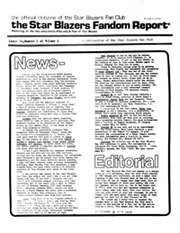 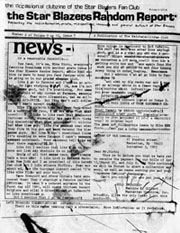 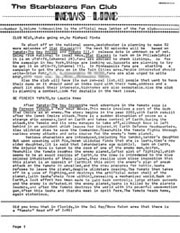 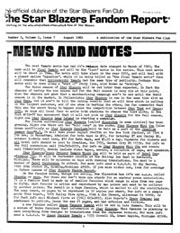 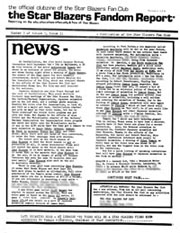 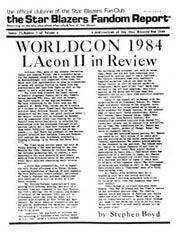 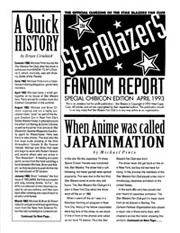 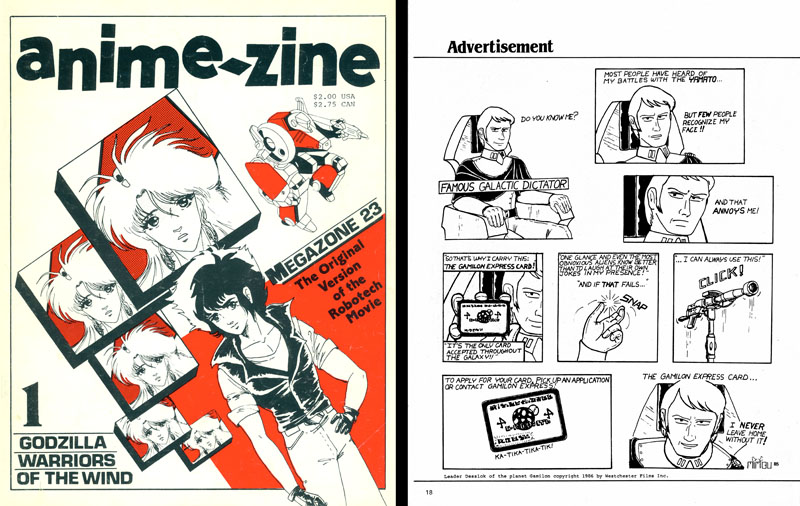 BONUS: The spiritual successor of the Star Blazers Fandom Report was Anime-Zine, one of the first English-language magazines devoted to Japanese animation. Almost all the contributors were Star Blazers fan club members, including founding editor Robert Fenelon. Anime-Zine helped clear the path for later magazines such as Animerica and Otaku USA. Issue 1 contained the Star Blazers comic strip shown above right (click here to read an enlargement), and issue 2 featured a cover story on The Bolar Wars, which can be read in full here.