The evening of Tuesday, June 25th saw the Yamato faithful gather once again at Shinjuku Picadilly for Yamatalk 6. This second-to-last Yamatalk proved to be a much more intimate affair than usual and featured only two guests: General Director Yutaka Izubuchi and Daisuke Shima’s voice actor Kenichi Suzumura. Despite fewer guests than normal, there were still plenty of surprises to be had, as Suzumura imparted to the audience his own unique voice acting philosophy. 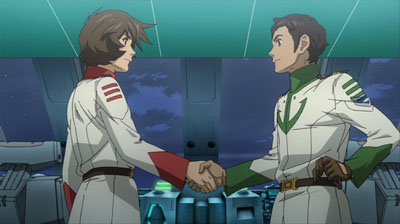 MC: Let’s start off with the regular question we always ask guests. Tell us about your first encounter with Yamato.

Suzumura: It would have been when I was in elementary school. I caught reruns on TV. It played at about 5pm in the evening on local TV. Around that time we picked up the reruns from a bunch of different prefectures – Okayama, Kyushu, Osaka. So it was possible to see plenty of them. So when Yamato ended [on one station] we then got another episode on another. And when the reruns finished on one station, another would restart them. The broadcast was structured that way.

Izubuchi: Like the way Star Trek was broadcast in Osaka?

Suzumura: Yes, something like that. We would go from Kikaider to Kikaider 01, and then back to Kikaider again. (Laughter)

MC: So in this way you managed to watch the entire series of Yamato.

Suzumura: Yes, I watched it. But, well, I was just a kid, so if there were no giant robots in it, it was hard to pay attention… 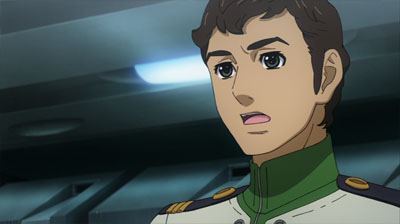 MC: But Yamato doesn’t have any roboots…

Izubuchi: Sure it does. It has Analyzer. (Laughter)

Suzumura: If you were to categorize them, Astro Gangar was bigger!. (Laughter)

Izubuchi: Astro Gangar was bigger. But, well, Analyzer was small so you can’t really call it a “giant” robot.

MC: [to Izubuchi] So when was the first time you met Suzumura?

Izubuchi: It actually wasn’t at the audition, although we hadn’t worked together before. 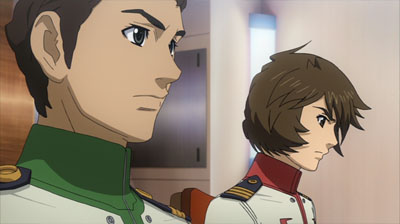 Suzumura: There’s this bar that I often go to. You see, I’m a bit of a fan of Tokusatsu and the owner of this bar…

Suzumura: Yes, so I’d constantly talk with the owner about Tokusatsu while getting drunk. On one occasion I was saying to the owner “Look, THIS show here is what Tokusatsu is all about” when I heard a voice next to me saying “Hey, you know your stuff!”

Izubuchi: Oh yeah. That was me. (Laughter)

Suzumura: And that’s how we first met. At first I didn’t know who he was because I was too drunk. (Laughter) 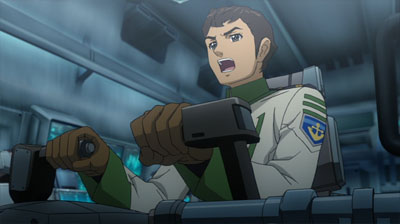 Izubuchi: Me too. I didn’t realize he was a voice actor and was just talking with him and was amazed at how knowledgeable [about Tokusatsu] he was for his age. Then later on when I asked, I found out what he did for a living. So doing Yamato was the first time we actually worked together. But when he came to the audition I was tempted to say something.

MC: When you initially auditioned, was it for the role of Shima?

Suzumura: I initially auditioned for both Kodai and Shima.

Izubuchi: Generally speaking, and this wasn’t specific to Suzumura, we had people try Kodai, Shima, and Nanbu among others. We had, for example, a lot of different people try doing Yabu. When [Daisuke] Ono tried it out, I remember thinking his voice would be completely wrong. (Laughter). In Suzumura’s case, when he auditioned for Kodai, and I said this in an audio commentary as well, I had him read the scene where the Wave-Motion Gun is first fired. And that’s when I realized the way that people read that scene varied based on their age. They might not have seen the original Yamato, so their reading was off. But from the viewpoint of us older fans, Suzumura’s reading was spot on! (Applause) 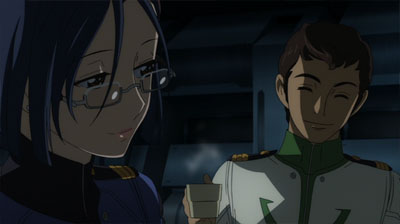 Those who haven’t seen the original Yamato might not be aware of this, but the Shima’s character was rather unique. He was the calm and collected one who followed Kodai’s hot-headedness. We still wanted to show part of this side of the character, although if you compare Suzumura’s take on it to Shusei Nakamura’s original, it’s completely different.

Suzumura: Of course it’s different! He played Toru Rikiishi in Ashita no Joe [Tomorrow’s Joe], after all! Wait…in other words, I might be able to play Rikiishi when I get older. Hmmm, I think it would be a pretty weak-sounding take on the character. (Laughter).

Izubuchi: But maybe it would be a version that the ladies would like. (Laughter) But yes, his reading of Kodai was so good that I had this gut feeling that he’d be perfect as Shima. 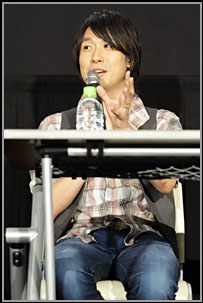 MC: So you decided the casting yourself, just like that?

Izubuchi: Along with Yoshida from sound engineering, yes.

MC: So, when you auditioned for the role, were you aware that Shima was supposed to be played differently compared to the original?

Suzumura: Not really, but I was shown a picture of the new character design beforehand and thought that he looked fairly young. The original Shima seemed more mature, calmer, more of an adult. So I thought that this take on Shima would be a little less like this, a little more brash. But ultimately I read the lines naturally as they came to me.

Izubuchi: And that worked out for the better, I think. Although if you notice, even that original piece of character artwork had Shima in the same classic pose as in the original, with his arm raised. 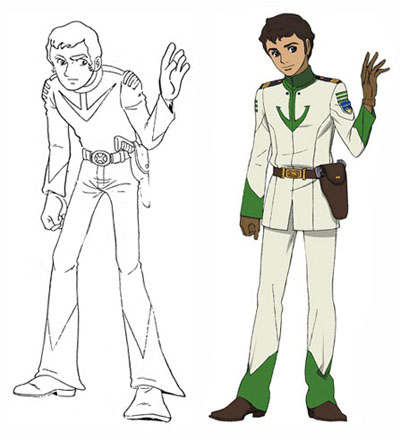 Izubuchi: Then again, for you to notice that – you aren’t normal… (Laughter)

Suzumura: The materials they provided were actually really good. I still have the ones from the audition now.

Izubuchi: Yes they were in color and we kept the illustrations at full, A-4 size so that people could easily see them.

MC: Let’s find out! Who is here today primarily for Suzumura? (20%-30% of the audience raises their hands).

Izubuchi: Wow, there’s a lot of your fans right up here in the front! (Laughter) 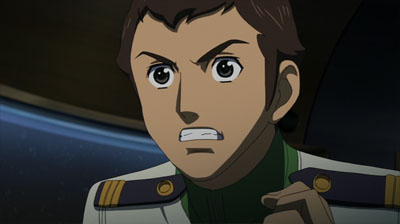 MC: We touched on the audition process previously, so now I’d like to ask about recording the actual show. I’m sure you received some footage prior to recording, so how did you prepare for the role?

Suzumura: Recently there’s often a DVD provided so the voice actor can watch it at home to check the lip movements and practice, but back when I first started we didn’t have things like that. Instead, we would go into the studio and do a “rush,” which is where everyone would get together and work out the lip movements while playing off each other. I really like this way of doing things and think that’s one of the strengths of Japanese animation.

Suzumura: Yes, they don’t use this method at all. As to why I prefer it, it allows for better performances, brings out more of the drama, creates an atmosphere that’s irreplaceable. I feel that I’m fortunate in that I entered the industry before the age of take-home (practice) footage and want to make the most of that experience. 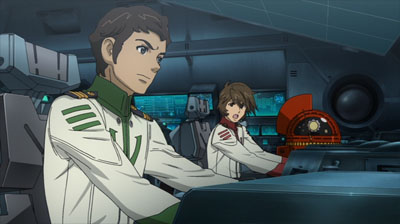 The technology of animation has progressed and certainly has become increasingly calculated, but I believe there is merit to keeping this system where we gather everyone and record together. While people have different ways to prepare for a role, I think that thoroughly reading the script and knowing your character’s emotions are more important that practicing lip movements.

Izubuchi: That back and forth is important.

Suzumura: It’s because animation techniques have progressed that the acting is important, and keeping that sense of a recording session is so interesting.

Izubuchi: I’ve talked about this before with Akio Ohtsuka [Domel] and Takayuki Sugo [Okita], but for those who aren’t aware, we split recordings between Garmillas and Yamato groups since there isn’t usually all that much interaction between the two. But when there was a [final] scene with Domel and Okita [speaking] together, Ohtsuka commented that it would be best if he could actually record with Sugo. When you think about it, it’s only natural, to have them recording together while looking at the same monitor. And it turned out better because of this. 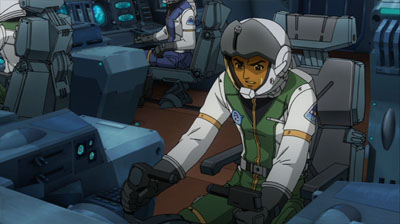 MC: (To Suzumura) You mentioned the importance of thoroughly reading the script. When you do this yourself, do you take many notes? For example, how to read a particular line, or advice that the director gave you, etc?

Suzumura: Actually, I don’t usually write down all that much. I’ll underline my parts in red in order to minimize mistakes, but that’s about it because there’s a rhythm to my lines that I try to keep. And once I’m in the studio there’s always lots of instructions [from the director] “Let’s do this part like this or do that part more that way; add more anger in here” etc. These are often things that aren’t directly hinted at in the script.

So, in all of this, even if I’ve gone home and written “be more angry here” in the script, that’s something that’s only applicable to me. When creating something with others, I prefer having ideas in my head over having something set in stone in notes on a script.

MC: So your ideal is to read from the script without any notes?

Suzumura: Of course, once I’m in the studio, I’ll write a lot of notes because I get a lot of instructions – to do something this way or that. We voice actors are performers first and foremost. We don’t create the scene ourselves. I think the most important part of our job is believing in the director. So it’s important not to be too rigid in how we think something should be performed.

MC: So that’s why you don’t write many notes in the script [beforehand]. 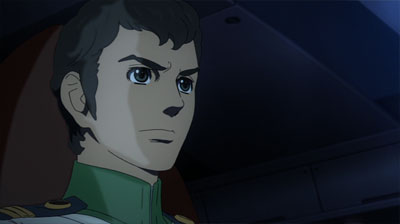 Suzumura: That’s right. I appear at a lot of events like this as part of my job, and I’ve come to think that what [voice actors] do is really the very last part of the [creative] process. The Producer sets the project in motion, the Director oversees the script, the animation is made, and then we come in right at the very end to add our voices.

The core elements of the story, the script, the lines to be spoken, none of these are created by the voice actors. Rather, it is the voice actor’s job to work out how to respond to these elements. There’s this very strong image people have that the actor creates the role. But in my opinion, all we are doing is what we can with the roles we are given. We don’t turn zero into one. We try to turn the one [that was given to us] into 100. So we do what we can in the studio to give that 100.

Izubuchi: You really understand these things well for someone so young.

Izubuchi: We put together the scenario and the script and have an idea of how something could be done, but it’s great when [an actor] manages to add that naturalness to it. 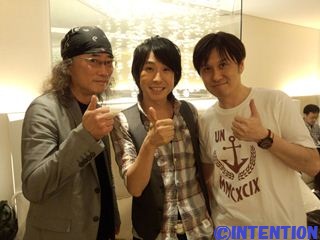 The last part of the talk was a change from the usual. For just over 20 minutes Suzumura and Ishiguro showed photos of the recording studio used for Yamato 2199, discussing things such as how difficult it was to cram everyone into the studio, the cost of high-quality microphones, and how working in the animation industry had driven Series 1 director Noboru Ishiguro to become a fairly heavy smoker due to all the all-nighters he regularly had to pull.

After this, having gone overtime again, the audience dashed out (as was now the norm) to try and catch the last train home. There were only a few months to go until the next and final Yamatalk, and I wondered what other insider secrets could possibly be left to tell.