Here we continue our roundup of the prodigious press coverage for the movie, picking up in mid-July 1980 and rolling all the way through the blockbusting August premiere. As with Part 1 of our Time Machine, most of this material has never before appeared in English. Each article is linked back to this index, and also to the next article in the chain for continuous reading. 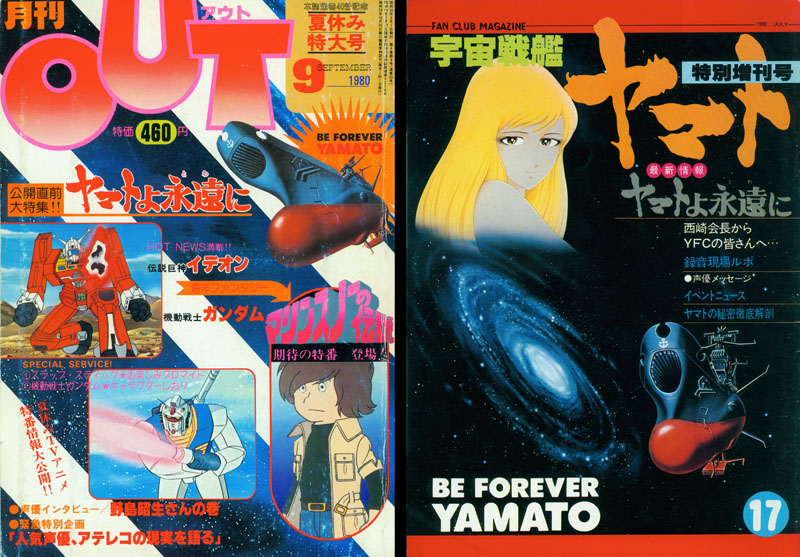 OUT played a unique role in Yamato history, providing the franchise with its first substantial coverage in 1977 and thus helping to spark the Yamato Boom that changed everything. (Read all about it here.) It was written by fans for fans, and wore its hipster status as a badge of honor. It was only natural that Be Forever would get treated with full honors, and the editors outdid themselves with 43 pages of adulation. That meant that when it was published, this single issue of OUT contained about a third of all the Be Forever magazine coverage you could get up to that moment.

The articles covered a wide range of topics including staff interviews, numerous testimonials and essays, the first attempt to reconcile the saga’s timeline, and a reliably candid round-table discussion among fans whose perspectives were changing as SF anime entered the 1980s.

This “extra” issue of the fan club magazine broke with the usual bi-monthly schedule to deliver an extra dose of Be Forever news. (Usually July was a skip-month.) The entire issue was devoted to inside scoops on the film, with special attention given to the voice actor recording sessions and the non-stop events held throughout the summer.

See the magazine from cover to cover here. 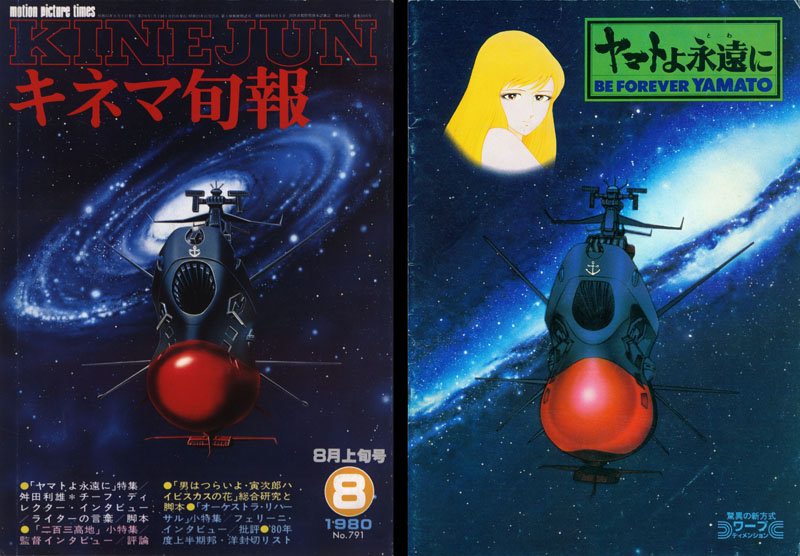 Kinejun (a contraction of Kinema Junpo, which roughly means Biweekly Cinema Report) is a long-running magazine specializing in live-action film that started all the way back in the 1950s and continues to this day. (The live-action Yamato movie got a cover story in late 2010.) Farewell to Yamato was the first anime film to get a cover, and lightning struck again two years later with Be Forever. This was the last magazine to hit the stands before the movie came out–one day before, to be exact.

Opening with 7 pages of stills, the magazine published three articles that investigated the thoughts of key staff members to a degree found in no other magazine. Scriptwriter Keisuke Fujikawa wrote a personal essay that took an unabashed look at both the positive and negative aspects of Yamato production. Directors Tomoharu Katsumata and Toshio Masuda provided separate interviews that explored their careers and reflected on the emergence of live-action sensibilities in the world of anime.

The screenplay for Be Forever was also presented, up to the point where Yamato pierces the Dark Nebula. The rest was published three issues later so as not to spoil the ending.

High-end program books still accompany just about every movie that plays in Japan (including imports), and this 32-page Be Forever program was as slick as they came in 1980. It was originally sold at movie theaters starting on the premiere day, and they can still be found at collector’s shops if you know where to look in Japan.

See the program book from cover to cover here. 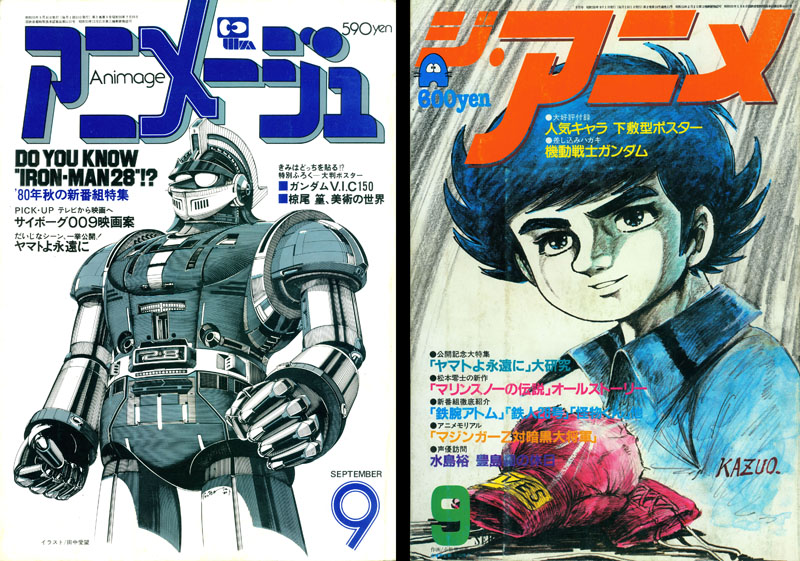 Animage‘s first post-premiere issue lead with an 8-page article on Be Forever that could finally go all-out with info that had been kept under wraps during the buildup. This was presented through previously unpublished stills, five brief staff essays that went into the technical points of the movie (finally explaining in print what the mysterious “Warp Dimension” was all about) and a short account of the voice recording. There was also an exclusive account of a “secret” scene that wasn’t in the script–but got made anyway.

The Anime took its final pass at Be Forever with a splashy 11-page article that reviewed the whole story, provided another view of the voice recording, and reported on one of the earlier summer events. With this, mainstream magazine coverage of the film came to a close. The next issues of both Animage and The Anime featured inaugural articles about the new TV series, Space Battleship Yamato III. 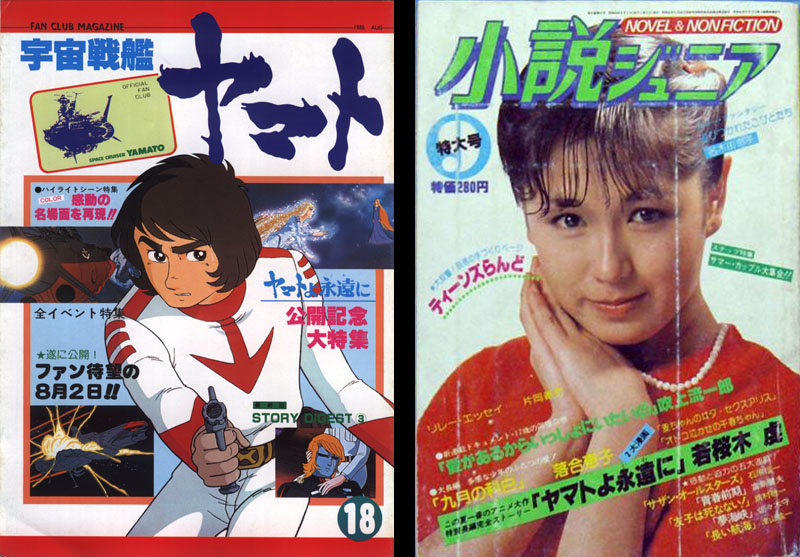 This was the last issue of the Fan Club Magazine to cover Be Forever, offering Yoshinobu Nishizaki’s personal thoughts on the premiere, the editorial staff’s man-on-the-street report of the night before, a summary of the major summer events, and a story synopsis with new stills. Starting with the next issue, the magazine would follow the lead of the production office and go full steam ahead with Yamato III.

See the magazine from cover to cover here.

The last entry in the Be Forever Time Machine is this magazine that featured, in accordance with the name, a “junior novelization” of the movie adapted by author Ken Wakasaki. It is notable less for its content than its length; a generous 32 pages illustrated with stills that went all the way to the finish line. Its arrival at the end of the summer might have diminished its value somewhat, but if a real time machine had knocked it backward by three months, no doubt some fans would have killed for it.

Click here for the conclusion of our Be Forever history: a final essay by Yoshinobu Nishizaki.