The Secrets of Be Forever Yamato are Hit Directly! 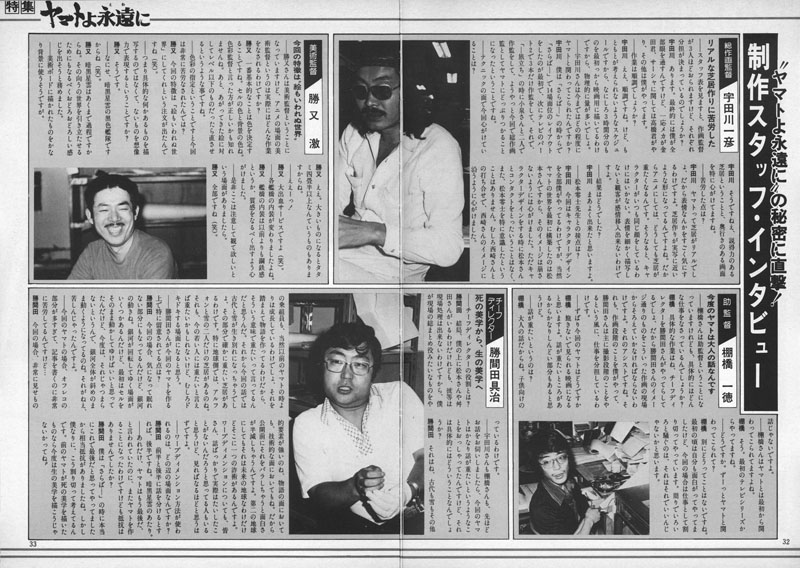 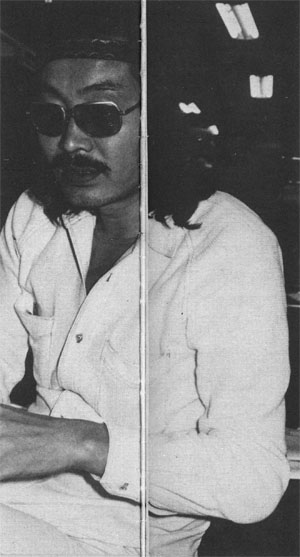 A Struggle to Make Real Interplay

Interviewer: Looking at the staff list, there are three people listed as animation supervisors. How were there respective assignments decided?

Udagawa: That’s right. Though everything goes through me in the end, Mr. Kaneda supervises the mecha and Mr. Takahashi supervises Sasha. I do other characters.

Interviewer: Is the work going smoothly?

Udagawa: Yes, it’s going well. However, the original schedule seemed inconceivable because we’re making an almost 3-hour long movie, so there is a lot to handle physically.

Interviewer: How were you involved with Yamato before now?

Udagawa: I did layout for about 14 scenes from the beginning of Farewell to Yamato, then I worked on three episodes of Yamato 2, and worked with Kenzo Koizumi to supervise The New Voyage. This is the first time I’m submerged in the total supervision of Yamato.

Interviewer: What sort of techniques are you bearing in mind this time?

Udagawa: Well, it is a compelling drama, so I have to be mindful of the depth shown on screen.

Interviewer: Is there a part that gave you a hard time?

Udagawa: Yamato has realistic interplay [between the characters] so I worry a lot about facial expressions. The interplay is close to that of live-action film. Therefore, it’s very difficult to do in anime. A character can’t have the same face all the time. The viewer can’t emotionally engage with it if I don’t depict the expressions intricately.

Interviewer: How was the result?

Udagawa: I think it is well done.

Interviewer: What point of contact do you have with Leiji Matsumoto?

Udagawa: Although I’m in charge of all the character design this time, Leiji Matsumoto naturally built the world of Yamato first, so I work hard to maintain the image. But he was not especially concerned with character design this time, so we haven’t had much contact about that. Rather, I kept it in mind to follow the image of The New Voyage after my meetings with Yoshinobu Nishizaki. 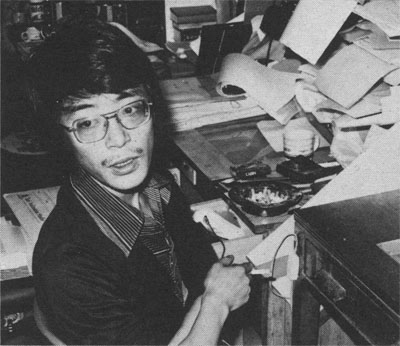 The Next Yamato is a Story of Adults

[Editor’s note: Despite his job title, Tanahashi was the most senior of these four staff members, having worked on Yamato since Series 1. The character of Shinmai (Royster) from Series 2 was modeled on him.]

Interviewer: Although you are referred to as an Assistant Director, what sort of work do you do?

Tanahashi: The movie is actually directed by Chief Director Katsumata, so the animators have to deliver what he envisioned. I assist with that. I’m responsible for animation and Mr. Katsumata is responsible for photography. We are sharing the load.

Interviewer: What is this Yamato going to be like?

Tanahashi: I think it’s a movie that can be seen without getting bored. There are also some quite complex parts, since there are places with a lot of dialogue.

Interviewer: The story is heavy?

Tanahashi: It’s a story of adults. It is not dialogue for children.

Interviewer: You were involved with Yamato from the beginning.

Interviewer: How different is it now?

Tanahashi: Not that different, actually. The first time, I felt it was interesting and trying something new, but now I simply take it as a job. The fans and the audience are fussing and buzzing. That’s fine. 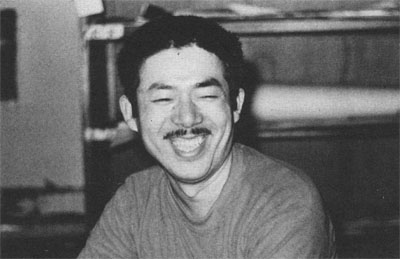 The Point is an “Indescribable World”

Interviewer: Your title is Art Director. What does an Art Director of anime scenes actually do?

Katsumata: The most basic part is to determine color values. The color of the cel and the color of the background. It might be better to call me a color supervisor. Also, when a finished scene is unsatisfactory, I forward it to the retake stage.

Interviewer: Was it difficult this time to do all the color appointment?

Katsumata: This time the demand is to describe an indescribable world. (Laughs)

Interviewer: That means not to illustrate something visible, but something invisible with your imagination?

Interviewer: Because it’s a black fleet from the Dark Nebula Empire anyway. (Laughs)

Katsumata: And the Dark Nebula, of course. Also, in order to make the world on the other side more attractive, I had to make it look as frightening as possible.

Interviewer: It is said that a lot of art boards were used for the backgrounds.

Katsumata: Yes. Some of them are quite large, up to the size of a four-and-a-half-tatami-mat room. (Editor’s note: nearly 80 square feet)

Katsumata: It is service with heavy bleeding. (Laughter)

Interviewer: The interior design of each bridge has changed.

Katsumata: For the interior of the bridges, I tried to get the texture of steel as much as possible.

Interviewer: So if there’s a scene you want everyone to watch closely, it’s in there.

Katsumata: They all are. (Laughter) 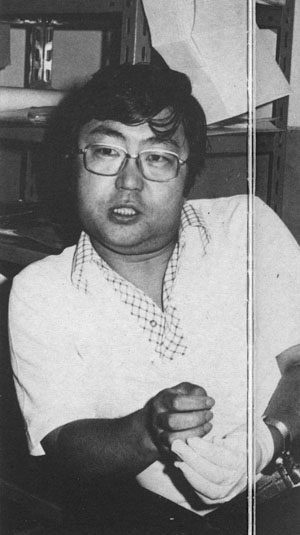 Interviewer: What is the role of a Chief Director?

Katsumata: Although Leiji Matsumoto and Toshio Masuda are above me, they are not always on-site, so I am the overall coordinator of the scenes.

Interviewer: In our conversations with the others, they said this time the story of Yamato is quite heavy. What does that mean, exactly?

Katsumata: Kodai, Yuki and the other crewmembers have naturally grown up since the original Yamato, and since the story is based on that I think it’s heavier in that sense. Kodai and Yuki are separated for the first time, and that’s certainly a heavy part of the story. On the Earth side in particular, there is the interplay between Yuki and Alphon. It may be heavy to the young people of today, but I think it’s rather heart-rending.

Interviewer: What points did you pay particular attention to in this Yamato?

Katsumata: This time the part that was hardest and kept me awake at night was the movement of the galaxy. There are some scenes where the galaxy rotates, and at first we thought we could just move cels. But that would be dull, so we needed to find a way to have the entire galaxy rotate on a slant. It has been very difficult.

Interviewer: For this Yamato, so many parts are confidential, it’s been a struggle to write an article about it.

Katsumata: In this case, a lot of the elements are very strong in terms of the story, and also on the technical side. Half the fun would be taken away if it were revealed to the public in advance. There’s a second Earth that’s said to be a future Earth, but there’s a deception behind it. As for Warp dimension, you probably underestimate it. But seeing is believing, and you will be satisfied with it.

Interviewer: In what area is the Warp Dimension used in a scene?

Interviewer: It was already said that Yamato was over. Was there any resistance to making Yamato again?