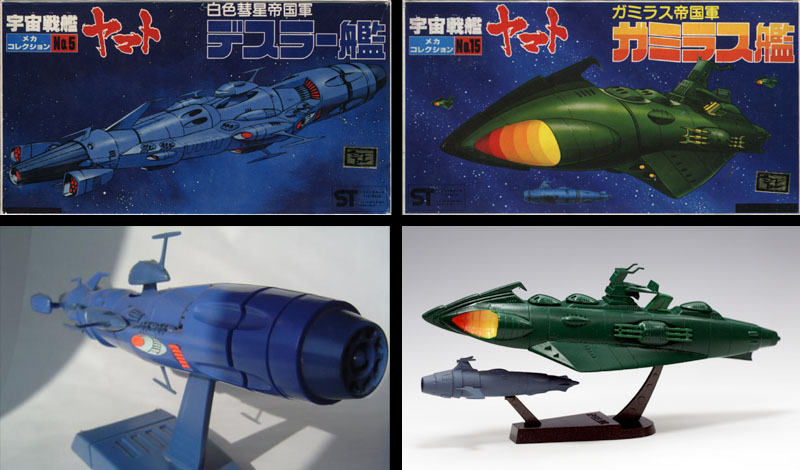 Bandai leads everyone else in mass-market Yamato toys and models, and there are plenty of Gamilon ships in the mix. Shown here are two of Bandai’s “Mecha Collection” mini-models of the two most recognizable vessels: Dessler’s battleship from Series 2 and the green Destroyer (which comes with a mini Comet Empire submarine). 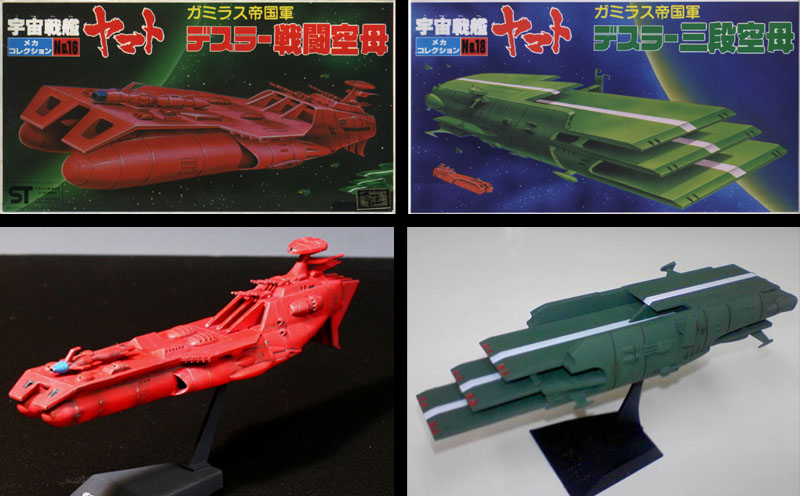 Two more kits from the “Mecha Collection” line are Dessler’s red Battle Carrier and the Tri-Deck Fighter Carrier. Both appeared in Series 1, but these kits came out for The New Voyage.

Popy, Bandai’s toy division, was a sponsor of Series 3 and rolled out a number of ships that were basically pre-assembled casts of the model kits. These ships from Popy’s 10-piece “Space Collection” were the same size as Bandai’s “Mecha Collection.”

Three of the ships in the “Space Collection” were Gamilon: Dessler’s Series 2 battleship, the Destroyer, and the Battle Carrier. See the rest of Popy’s toy line here. 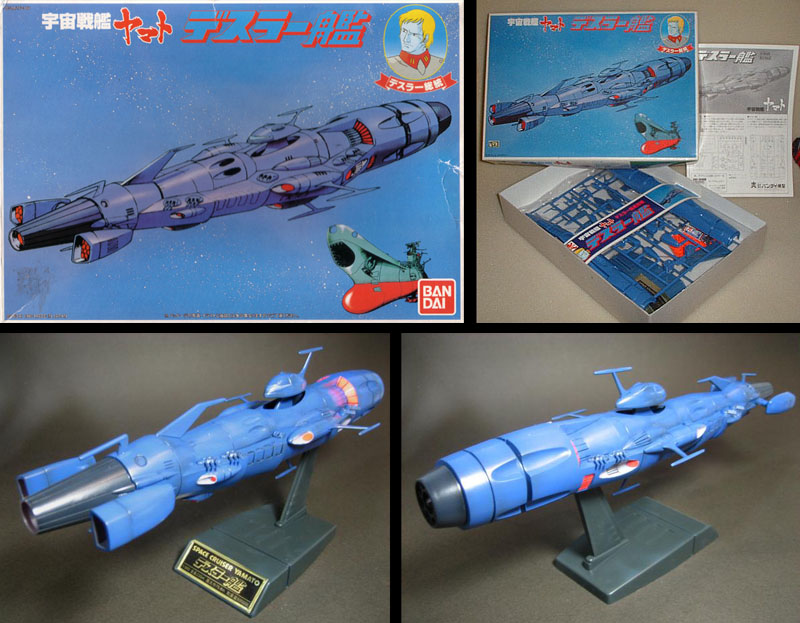 Moving up the ladder, here is the large model kit of Dessler’s Series 2 battleship, designated at 1/900 scale. 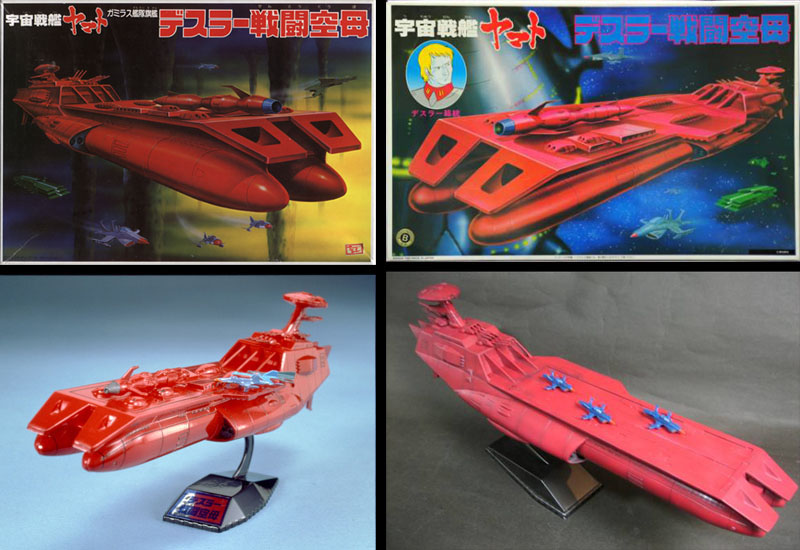 Two versions of the red Battle Carrier were made. The smaller one is on the left and the larger (1/700 scale) on the right. Both included fightercraft, rotating deck panels, and an optional Dessler cannon. This made the Battle Carrier the most common Gamilon ship from Bandai.

Lawson, one of the bigger convenience store chains in Japan, released an 8-piece miniature “Mechanical Collection” in 2008 as part of a canned-drink promotion. Each could be mounted on its own stand or combined in the separate domed display base. Once again, the top two Gamilon mecha were included: Dessler’s Series 2 battleship and the Destroyer. Lawson upped the ante with a hilarious TV commercial, which can be seen here.

Another miniature of Dessler’s Series 2 battleship, this time from a 5-piece set released by toy and novelty manufacturer Nubel in 2004. 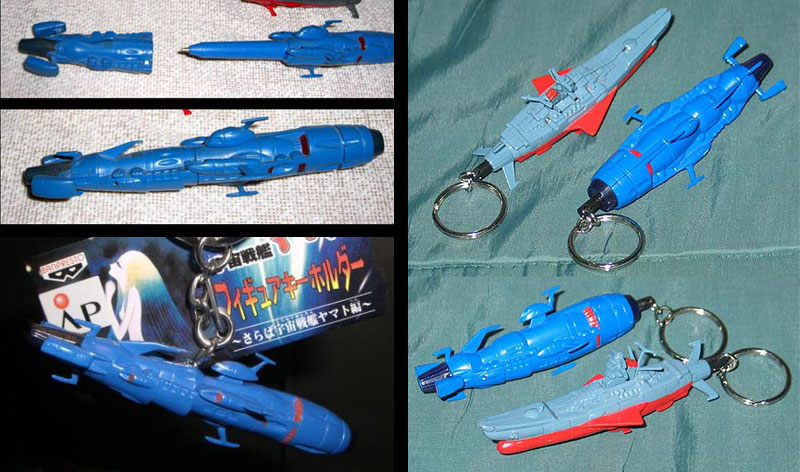 Banpresto is yet another branch of Bandai, which specializes in toys for “UFO catcher” arcade games. They’ve done many Yamato toys over the years, with no less than three different versions of Dessler’s Series 2 battleship. Shown upper right is a ballpoint pen (1999), and lower right is a standard keychain (2000). At left is a larger lightup keychain (1999); the peg at the back activates a penlight in the bow.

Another Bandai subsidiary is Megahouse, which further expanded the galaxy of Yamato miniatures with the “Cosmo Fleet Collection” series. Four sets were made between 2006 and 2008. The first included Dessler’s Series 1 battleship, a Destroyer, and the red Battle Carrier. The second set included Dessler’s Series 2 battleship and three differently-colored Tri-Deck Carriers. 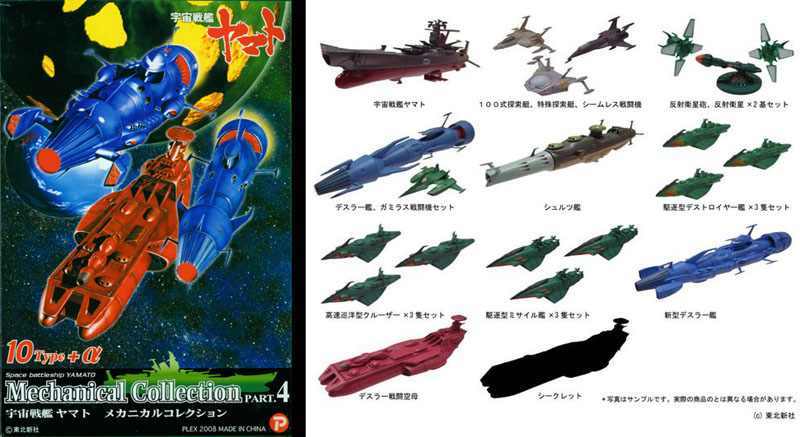 The name Popy popped up again in 2006 when yet another series of miniatures began called the “Mechanical Collection.” Slightly larger and more detailed than the “Cosmo Fleet,” six sets were released between 2006 and 2008. Set 4 was composed mostly of Gamilon mecha never before available such as Schulz’ Battleship, Cruisers and Missile Ships and the Reflex Gun. The “secret” ship in this set was a green version of the red Battle Carrier.

See all the “Cosmo Fleet” and “Mechanical Collection” sets here.

Designer toymaker Mimuko helped usher in a new era of Yamato products in 1999 with the “Leiji Matsumoto Museum” series, over a dozen ships cast in heavy polystone for display. Once again, Dessler’s Series 2 battleship and the Destroyer made the cut. 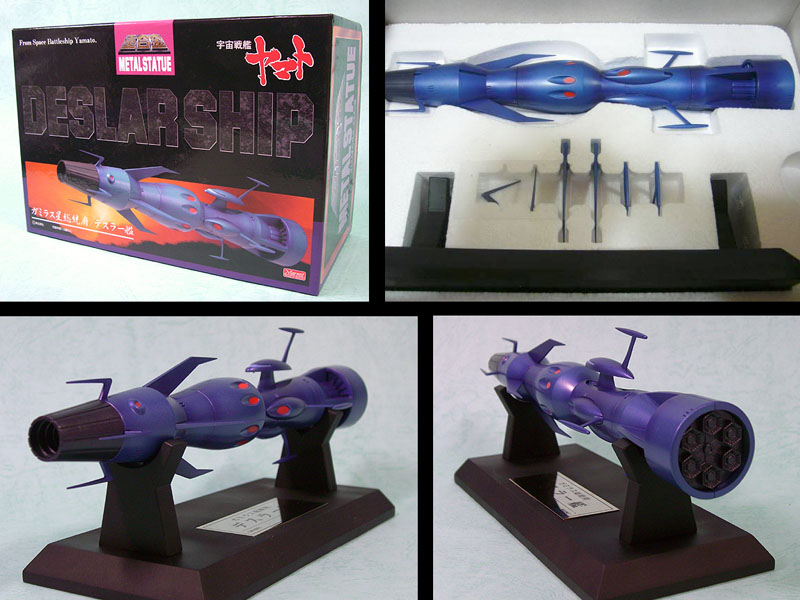 The finest version of Dessler’s Series 1 battleship arrived in 2008 from independent manufacturer Marmit, which also made the Balanodon figure shown earlier. This was the second “Metal Statue” in their Yamato line (Andromeda was their first), which measured just over 9 inches long. Other than its picture-perfect sculpting, its one action feature was a popup bridge module. It was made in a limited edition of 1,000.