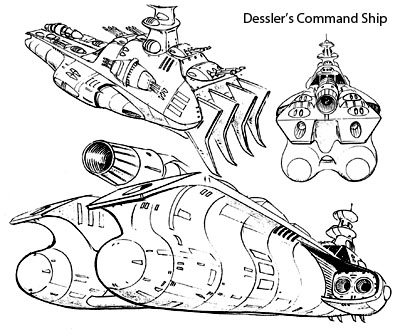 The remaining fleet led by Dessler is sailing through space, heading to the Planet Gamilas.

Dessler: “Even the Earthlings could revive their devastated Planet! Let’s restore our Planet (destroyed by Yamato) with the hands of the great race of Gamilas, shall we?”

Dessler has the blueprint for a large-scale planet reconstruction which would neutralize the sulfuric-acid ocean and restore the destroyed land.

Meanwhile, Yamato is peacefully patrolling space. She encounters a wrecked spaceship. There is a survivor.

The survivor breathes his last. Following the clues, Yamato‘s crew checks with their computer to find who attacked the spaceship. 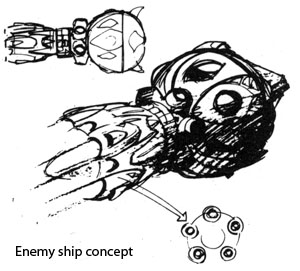 Youichi Maki and Mamoru Kodai were classmates in the Space Academy. Maki was an extraordinarily brilliant student, but he engaged in evil activities and eventually he was banished from the Earth.

What is the Galactic Crime League?

Meanwhile, Dessler arrives at Planet Gamilas. Suddenly, an unknown party attacks the Planet. Gamilas explodes, but Dessler’s ship escapes. They confirm that the attacker is from Earth.

“Curse you, Earthlings!” Dessler is enraged, but he cannot believe Susumu Kodai would allow this to happen.

Because of the explosion of Gamilas, Iscandar is thrown out of its orbit like a kite without a string. A spaceship from Earth, the Yomi (named for the mythical land of the dead), watches all of this. The one standing on the bridge is Youichi Maki, a mysterious man with a vicious attitude. He made this attack in order to revenge himself upon Susumu Kodai. 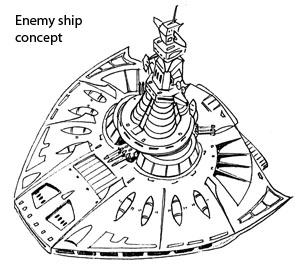 Starsha and Mamoru Kodai send out an SOS from Iscandar, which is now wandering helplessly through space. Yamato launches.

Iscandar is heading to the center of the galaxy from the Large Magellanic Cloud. It is propelled forward by waves of Tachyon particles caused by the gigantic explosion of Gamilas.

Yamato finally catches up to Iscandar, but at that moment the planet suddenly disappears into a space warp. Yamato keeps searching.

The spaceship Yomi appears. Only Captain Maki is human, the rest of the crew is from various different races, including a beast type, a mollusk type, a metal type, and a reptile type.

The Galactic Crime League is organized by outcasts from a variety of intellectual races. They all have evil minds and were banished from their mother planets. The League gathers evil talents, such as military officials and scientists.

Iscandar is running fast, and owing to its furious speed, it loses air. Mamoru and Starsha survive in the underground block. But they must be rescued before the planet breaks up. However, Yamato‘s proposal to save them is rejected; Mamoru was once regarded as dead and Starsha cannot leave the resting place of her people. 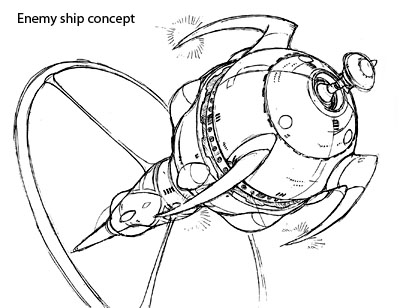 Iscandar is rushing into a cluster of newly-forming stars. All Yamato can do is fly on ahead and clear a path. However, Yamato loses control because of strong magnetic fields, and several small asteroids crash into Iscandar.

Also affected by the magnetic fields, Iscandar accelerates its speed and warps again. When Yamato catches up, a red giant star appears in Iscandar’s path. Its diameter is 600 times larger than Earth’s Sun. Iscandar is about to rush into the star.

Yamato attempts to change Iscandar’s course by securing to the surface and firing its engines. When this change of direction seems to succeed, the Yomi attacks the defenseless Yamato. Yamato cannot fight back, and the red giant star is getting closer. At that moment, Dessler’s ship appears and saves Yamato.

Although its course was changed, Iscandar’s crust can no longer hold together, and it disperses in all directions. The red giant star swallows some of the parts.

Both the Yomi and Dessler’s ship are blown away to unknown space.

The mission has failed. Is it hopeless to rescue Mamoru and Starsha?

A telepathic communication comes in from Starsha: the two are still alive inside a floating piece of Iscandar! The piece loses speed and reaches the Sargasso Sea of Space. The area is a graveyard of spaceships, and among them is the heavily damaged ship of Dessler.