Is the encounter between Dessler and Yamato troublesome? Where is it?

Dessler has built a large empire near the center of the galaxy. On a double planet that resembled his independent homeworld of Gamilas, he built a magnificent imperial office, a huge city called Dessler Palace. Will Kodai and Dessler meet here?

For the fate of humanity, Yamato travels the sea of stars in the Milky Way. Lying in wait across its path is Galman-Gamilas!! It is the great empire of Emperor Dessler!! How will Yamato and Dessler meet!? 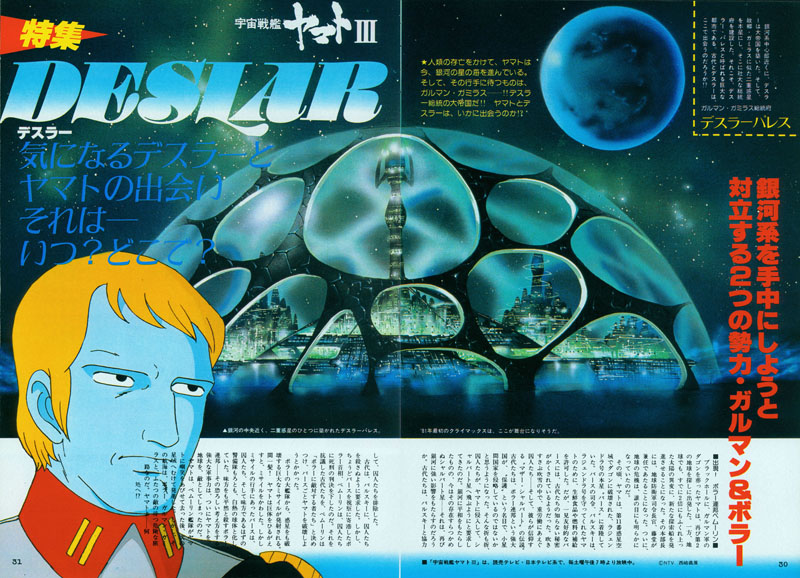 Two opposing forces trying to hold the Galaxy in their hand: Galman and Bolar

Yamato buried Dagon of the Galman forces in a black hole, and set out again to find a second Earth. On the other hand, the accident on the sun has already caused it to swell to twice its size, and new search ships launch from Earth. Earth Defense Forces commander-in-chief Todo is given the additional post of coordinator. At last, the crisis of Earth becomes clear to everyone.

At the time, Yamato landed on Planet “Berth,” home of the Legendra which Dagon destroyed near Planet 11. Since Yamato protected Legendra, the commander of Berth, Balsky, gave them supplies of fuel and fresh food. However, Kodai did not know the hidden secret of the seemingly friendly Planet Berth. Prisoners suffered from hard labor in raging snowstorms–and there is also the legend of Mother Shalbart, in whom they have faith.

When Kodai and the others heard of the power wielded by the Bolar Federation in the name of “protection,” they came to think about an interstellar invasion. At this time, the prisoners invaded Yamato and demanded to be taken to Planet Shalbart.

Although it once brought peace to the galaxy, Shalbart’s existence is unknown now. Could it have a strong influence on the galaxy again? Kodai removed the prisoners in cooperation with Balsky.

Kodai requested that Balsky not kill the prisoners. However, Prime Minister Bemlin, who visited Berth for inspection, handed down a decision of death penalty for the prisoners. [Translator’s note: at the time this article was written, the name “Bemlin” had not yet been changed to “Bemlayze.”]

Kodai and others protested, but were condemned by Bemlin as “hostile to Bolar.” He commanded the forces of Berth to destroy Yamato. A huge missile capable of destroying a planet was launched by a large Bolar fleet.

A narrow escape! Yamato evaded the gigantic missile. But both Berth’s defense forces and its prisoners alike were in the missile’s path, and the whole planet became a sphere of incandescence. The Bolar Federation, a fearsome military of great force, calmly kills its own allies and considers both Yamato and Earth to be its enemies. After being showered with derision from Bemlin, Yamato took off for the next star system. But it is a dangerous voyage where two enemies wait: Bolar and Galman-Gamilas.

Where can Yamato go!? 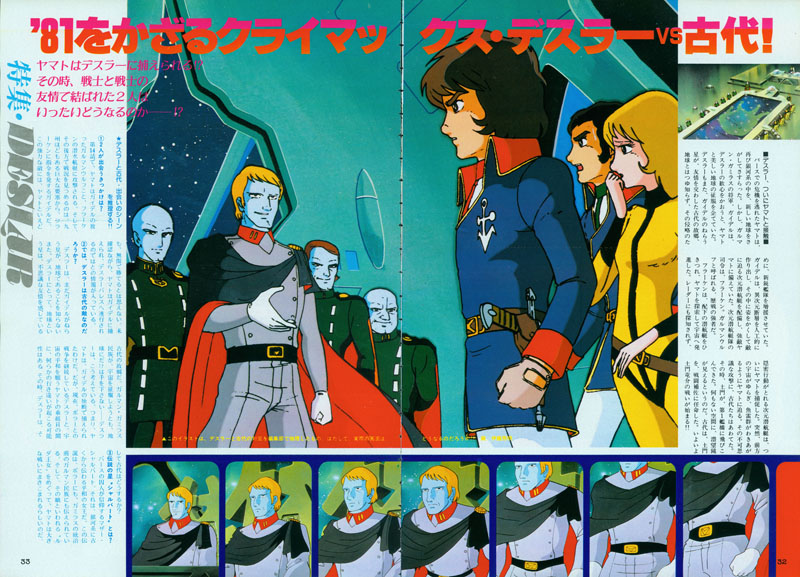 Review of story points regarding Dessler and Yamato‘s crew 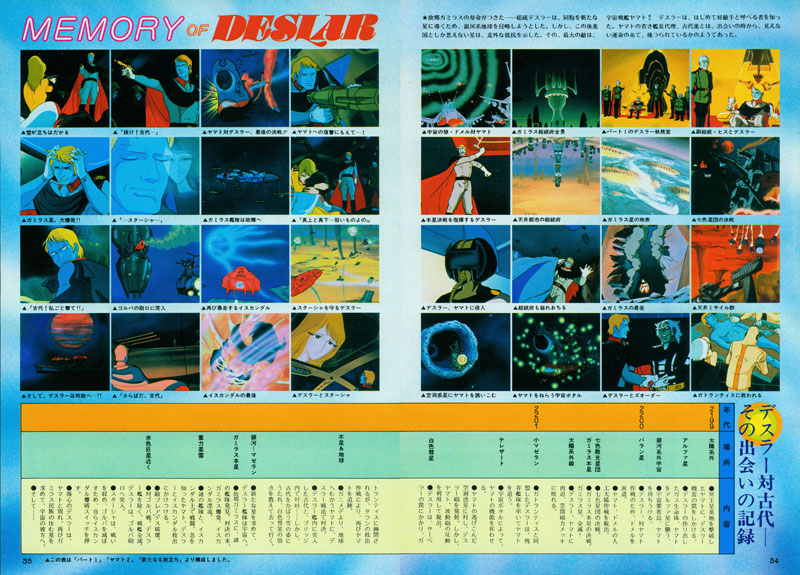 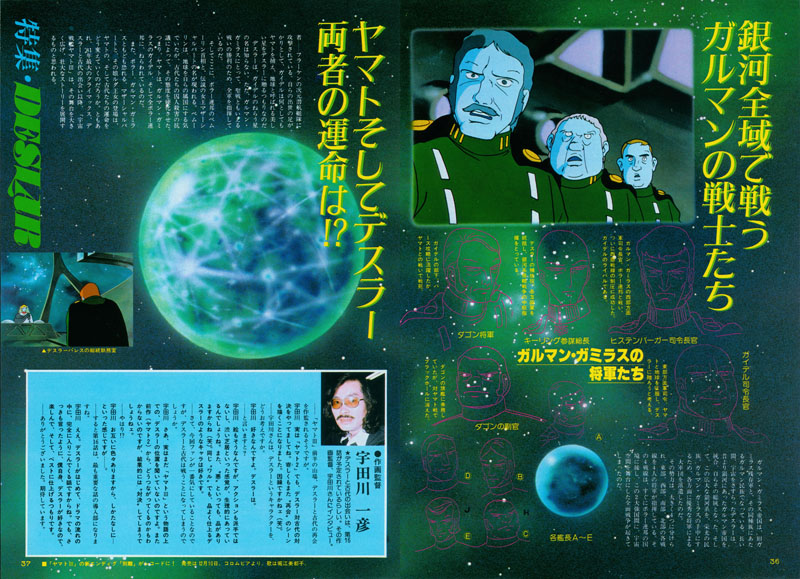 The Soldiers of Galman who fight throughout the Galaxy

The Galman-Gamilas Empire is formed of the kindred tribes of the Galman race and the remaining forces of Gamilas. Dessler, who wandered through space for a long time, unified them in accord with galactic history and became Emperor of the Galman-Gamilas Empire. To master the galaxy for the glory of their race, Galman-Gamilas dispatches their military might in every direction under skilled generals. Four generals direct battle lines to the East, West, South, and North. These four fronts come into close contact with the border of the Bolar Federation, and await the all-out war to begin in outer space. 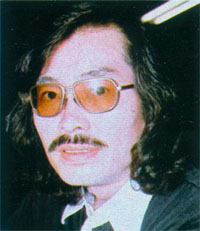 The Fate of Both Yamato and Dessler!?

The encounter between Dessler and Kodai seems to be planned for Episode 16. We learn more in this interview with Mr. Udagawa.

Interviewer: It is said that the reunion of Dessler and Kodai is the climax of the first half of Yamato III.

Udagawa: Actually, I did the confrontation between Dessler and Kodai in Yamato 2. I’ll also draw the scene of their “reunion.” It must be fate. (Laughs)

Interviewer: What do you think of the character of Dessler?

Interviewer: What do you mean?

Udagawa: Like his picture, his actions aren’t flashy. There’s this sense of psychology to him, like someone from a tasteful drama. He may be “bad,” but there’s a quality to him. (Laughs) I like characters like Dessler, who are “bad” but still very refined.

Interviewer: The thing fans are most worried about this time is whether Dessler and Kodai will fight.

Udagawa: In fact, I haven’t heard about Dessler’s position in the story of Yamato III. Also, I don’t yet understand how it is connected to the previous work, Yamato 2, so there must be a “confrontation” as a result.

Udagawa: They’ve both been through all sorts of things, so it’s inevitable. That’s the sense I get from what’s been said.

Interviewer: Then Episode 16 introduces the most important story.

Udagawa: Yes. Because it’s the episode where Dessler completely enters the flow of the drama for the first time. But because I like Dessler as I said before, I plan to enjoy myself and do my best.

Interviewer: Thank you very much. We’ll look forward to it.