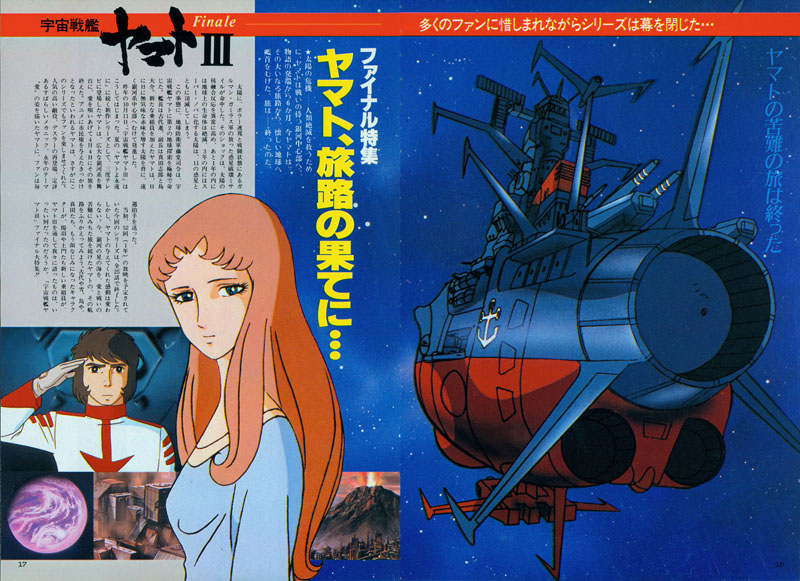 To the regret of many fans, the curtain closes on the series…

Yamato‘s journey of hardship has ended

Yamato, the end of a journey…

The solar crisis–in order to save the human race from extinction, Yamato went to the heart of the galaxy where battle awaits. At the beginning of the month, Yamato turned its bow from this great journey back toward Earth. The journey–has ended.

The sun was struck by a planet-destroyer missile, unleashed during a battle between the Bolar Federation and the Galman-Gamilas Empire. The shock caused an abnormal increase in nuclear fusion, and all living things on Earth would become extinct in one year. The sun would go supernova in three years, and all 11 planets of the solar system would disappear.

In this situation, Commander Todo of the Earth Defense Forces secretly ordered Space Battleship Yamato to search for a second planet, under the command of Captain Susumu Kodai and first mates Shiro Sanada and Shima Daisuke. Bathed in the strange light of the sun that grew redder day by day, Yamato took on a new crew and launched toward the distant center of the galaxy.

Thus began Space Battleship Yamato III on October 11 of last year. Yamato has been said to be the cause for citizenship to be granted to anime, and as expected the fans were delighted with this series. They acknowledged the superior mechanics and the return of the most popular villain Dessler, and applauded the figure of Yamato that depicted the theme of “love” every week.

The series that was initially planned for 52 episodes (one year of broadcasting) was ended in Episode 25. However, the impression given by Yamato has not changed. Now we will look back on the route of Yamato, which continued a journey of hardship, battle, and love in the galactic sea of stars. What exactly was told through the familiar faces of Kodai, Yuki, Shima and Sanada, and the new crew such as Domon and Ageha? This is the big Yamato III final feature!! 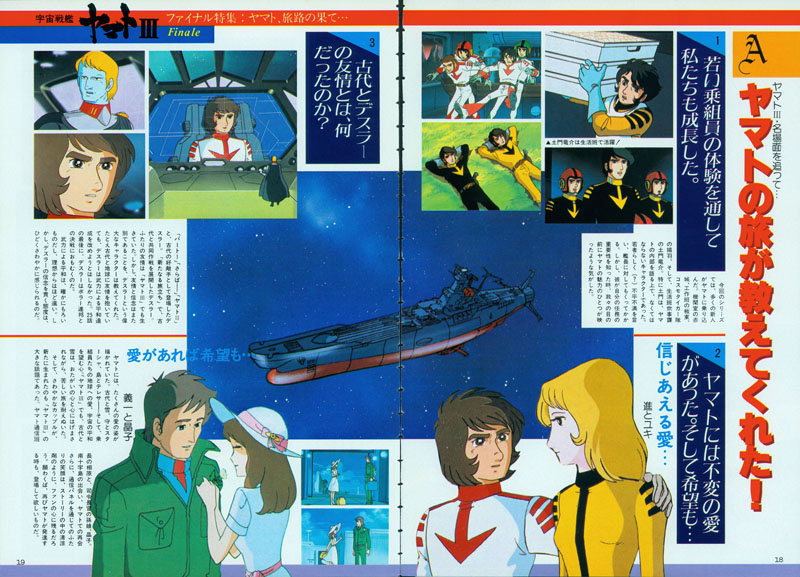 What the trip of Yamato taught us!

1. We grew up through the experiences of the young crew

In this series, many new faces boarded Yamato. Akagi of the engine room, Bando of the engineering group, Ageha of the Cosmo Tiger Corps, and Ryusuke Domon of the life group cooking division. Domon in particular was an essential character to experience the interior of Yamato. As befitting young people (?), there was grumbling, with tempers occasionally flaring even at the captain. However, when he became aware of the importance of duty, we felt the appeal of Yamato reflected in front of us.

2. There was eternal love in Yamato. And also hope…

A love that can be believed in…Where there is love there is hope.

The image of love has been shown a lot in Yamato. Kodai and Yuki√£‚Ç¨¬ÅMamoru and Starsha√£‚Ç¨¬ÅShima and Teresa–and love for Earth and the peace of space in the hearts of the crew. In Yamato III, Kodai and Yuki survived a difficult journey while being encouraged by each others’ hearts and minds. And a newly-born couple was another big subject of Yamato III: communication group leader Aihara and Akiko, granddaughter of the commander. They met on Southern Cross Island and were reunited on Yamato, and their smiles to each other via the communication panel will remain a refreshing part of the story in the hearts of the fans. Hopefully they will appear when Yamato launches again.

3. What was the friendship of Kodai and Dessler?

In Part 1, Farewell, and Yamato 2, Dessler emerged as a rival of Kodai. In The New Voyage, Dessler combined forces with Kodai. The friendship of these two was validated in Yamato III. However, friendship and belief are things taught to us again by the great character Dessler. For example, even if he had friendship toward Kodai and the Earth, he was not going to change his efforts for peace through military power. In the last episode, Dessler went to battle with the Bolar Federation. To be sure, peace through military power is a fragile thing and far from the ideal. However, the attitude of Dessler to stick to his beliefs was very refreshing. 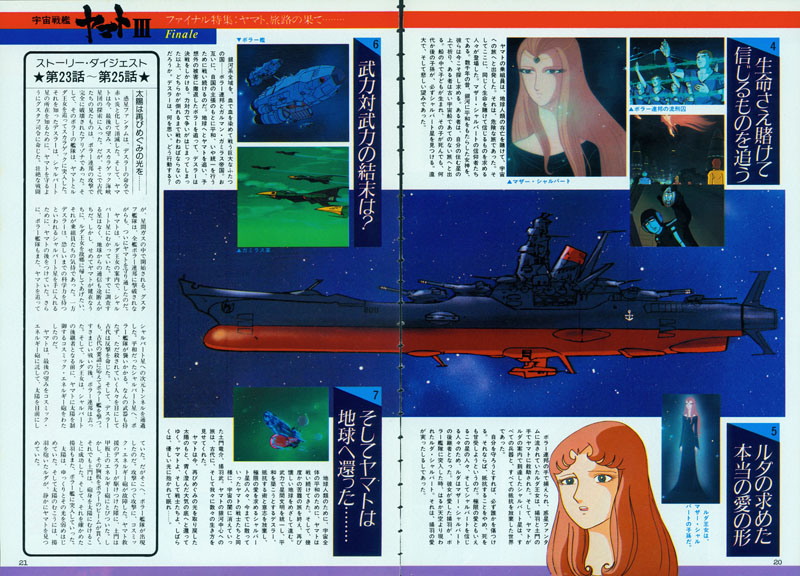 4. Taking a risk to follow what you believe in life

The survival of the human race was at stake when the crew of Yamato began their journey into space. It was a dangerous journey, and people appeared with a willingness to risk following their beliefs in life. They are the believers of Mother Shalbart. They now look for the goddess who brought peace to the galaxy for several thousand years. There are those who remain on their home planet to pray, and others who go on an aimless voyage in an old spaceship. Even if a child is born and dies along the way, their descendants will certainly find Planet Shalbart. It is a grand, tragic hope.

5. The form of true love that Ruda attained

Princess Ruda fell into the hands of the Bolar Federation and was exiled to the Planet Phantom. She was saved by the hands of Domon and Ageha from Yamato. The planet Shalbart, which Yamato reached under Ruda’s guidance, was a world that had abandoned all weapons and resistance. If one tries to protect oneself, someone else would certainly be hurt. If that is so, then stopping resistance can be called submitting to death. It could be said that the people of this planet practice ultimate love, and for those who believe in Shalbart, Ruda became the successor of Mother Shalbart. When Ageha, who she loved, rushed into the Bolar fleet, Ruda Shalbart appeared from the heavens, a sign of love that Ageha’s effort would bear fruit.

The Galman-Gamilas Empire and the Bolar Federation were two nations who dyed the galaxy in blood from their huge battles. They continued this mutual fight to seek unification based on their own beliefs. Bolar unexpectedly followed Yamato to Earth, and Dessler launched a decisive battle. If a dispute begins with power vs. power, must the fight continue until one side falls? What do you think of this and of Dessler’s actions?

7. And Yamato returned to Earth…

Yamato continued fighting for the human race of Earth, and for peace in all of space. A journey of many hardships was completed and Yamato again turned home toward Earth. Dessler tried to unify interstellar civilizations by building peace through military power, and for ultimate love the people of Shalbart abandoned the will to resist. The warriors of Yamato are now scattered. Ryusuke Domon and Takeshi Ageha have disappeared into the darkness of space. Kodai and Yamato‘s journey to the center of the galaxy showed us many ways of life. Yamato was the basis for the sun to regain the light of grace again, and we return to the depths of the clear blue atmosphere. Yamato and its soldiers are embraced in a gentle light and can rest for a while… 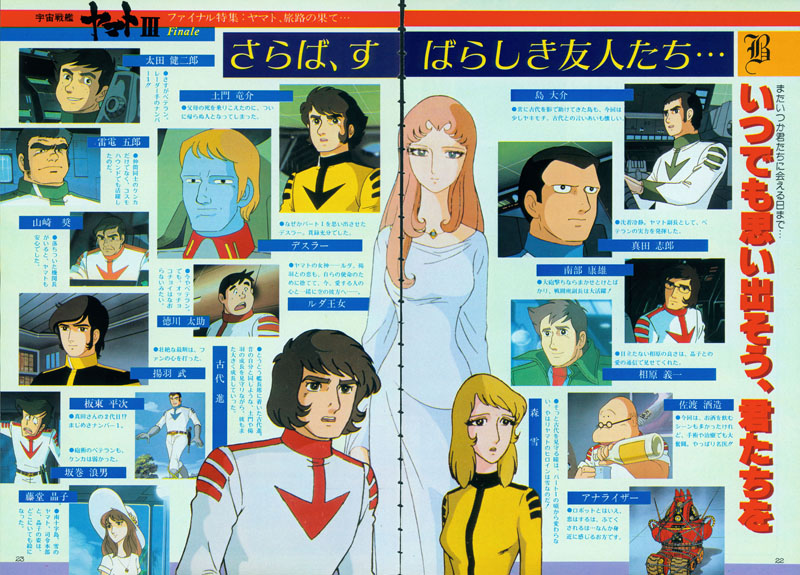 Until the day when we are able to meet you all again, we will remember you always. 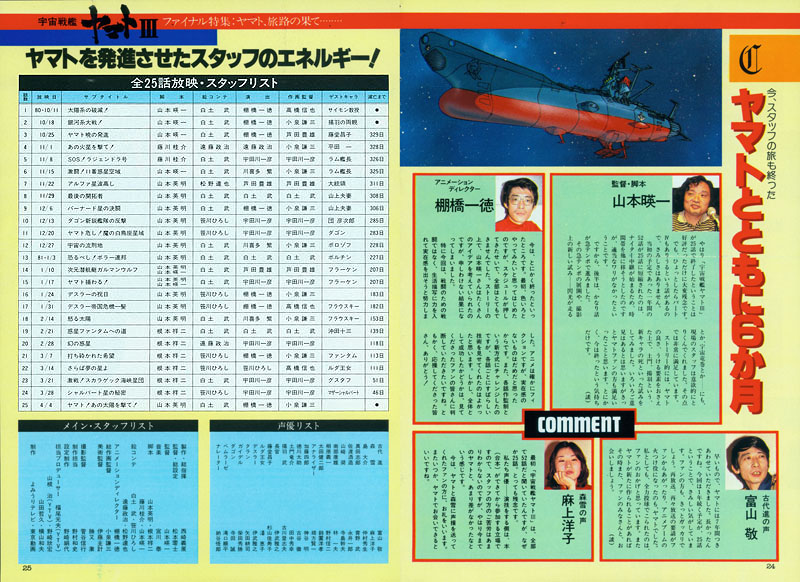 Now, the voyage of the staff is also finished.

Note: the magazine page shown above left is a complete episode list with credits. 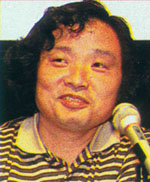 It is very regrettable that Yamato III ended after 25 episodes, because it was a good story. But since there is talk of a story that could possibly become Part IV, there is no despair. The original plan for 52 episodes was shortened to 25, and when the broadcast of night games began, it was going to be moved to another time slot. But I heard there was no suitable solution. Therefore, the second half of the story proceeded at a hurried tempo. During the hastening of this tempo, the staff worked enthusiastically on new exeriments in photography for flashes of light and space tornadoes. In that respect, I am very satisfied. After concentrating the merits of Yamato and the elements of the story, I attempted to write the deaths of the new characters, Domon and Ageha. Although I certainly think Yamato fans will have many opinions, there will also be satisfaction. Anyhow, now there is only the feeling of being finished. 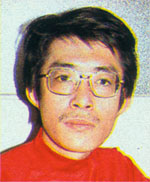 Anyway, now it is all over. At first I wanted to try for variety, but because the schedule became pressed, it was hardly possible. Although Eiichi Yamamoto had a lot of ideas for the story, it came to unfortunate results. In particular this time, instead of battles for the sake of battles, I tried to focus on giving a sense of real life depiction. Anime is certainly fiction, but it is useless for it to suffer from no sense of reality. Also, there was the challenge of our new production method. I think it was good to show great techniques in every episode. However, I would like every fan who watched it to judge whether or not it was successful as a whole. In any case, thanks to all those who supported us! 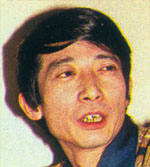 It started early, and I was allowed to associate with Yamato for seven years. It was a long time. I feel sad about the plan for a year-long schedule being reduced to 25 episodes. Many of the fans will certainly be disappointed. After many fans’ requests for reruns and re-reruns, Yamato helped ignite the fire of the anime boom. Even I have thanks for the fans who gave it their all. Also, if another new Yamato is made again, I’ll see all of you fans there. 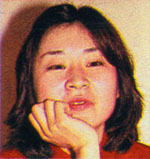 Although at first Yamato III was to be 52 episodes, I heard that it was reduced to 25. It is very regrettable. In our position as voice actors, we participate from the script so we don’t know very much about the labor of the staff, but there was the feeling that it wasn’t very different from previous Yamatos. Now, to those fans who sent cards with encouragement for Yamato and Yuki Mori, I hope to be able to meet you on Yamato someday.