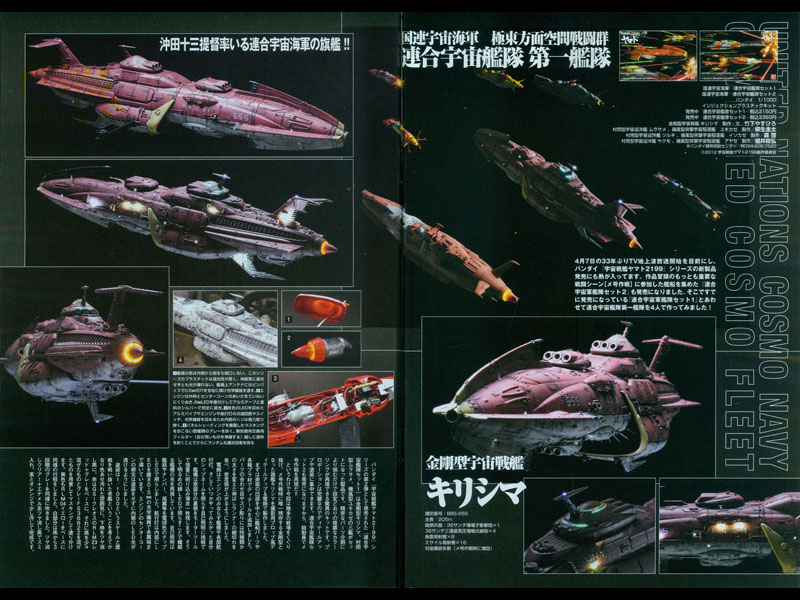 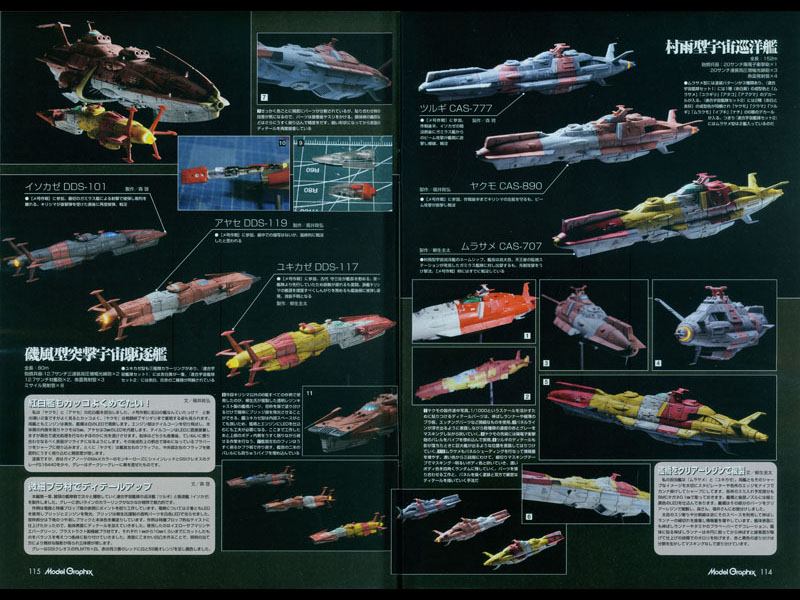 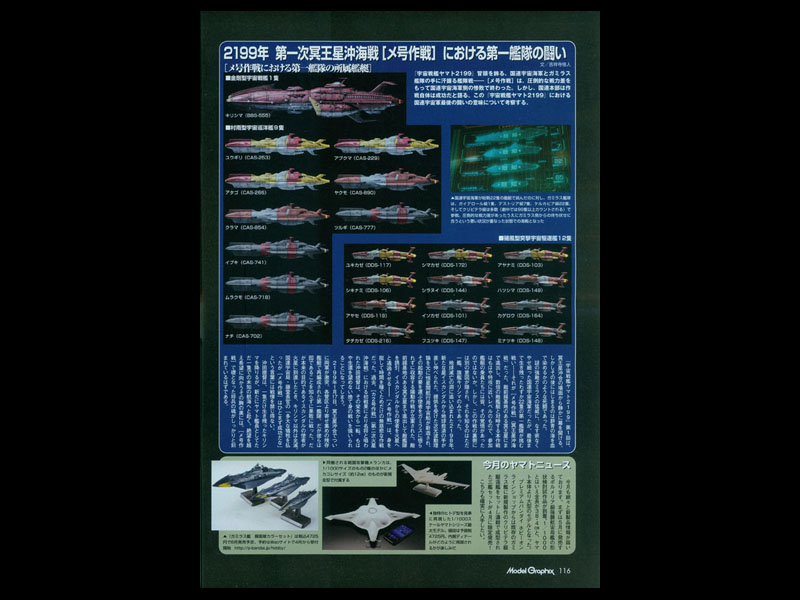 Warships of the First Fleet in Operation M

The beginning of Space Battleship Yamato 2199 is decorated by the gripping battle between the United Nations Cosmo Fleet and the Garmillas Fleet–“Operation M,” which ended in disaster for the UN space forces due to the overwhelming difference in military power. However, UN Headquarters declared the strategy itself a success. Here we examine the ambiguity of the UN fleet’s last battle in Yamato 2199.

Whereas the UN space navy challenged Garmillas with a total of 22 warships, they responded with one Gaiderol-class, seven Destria-class, 22 Kelkepai-class, and a large number of Kripitera-class (a count of more than 99 ships in the story). Starting with a Garmillas ambush, this naval battle became a bad situation for the Earth side since there was an overwhelming difference between the opposing forces. 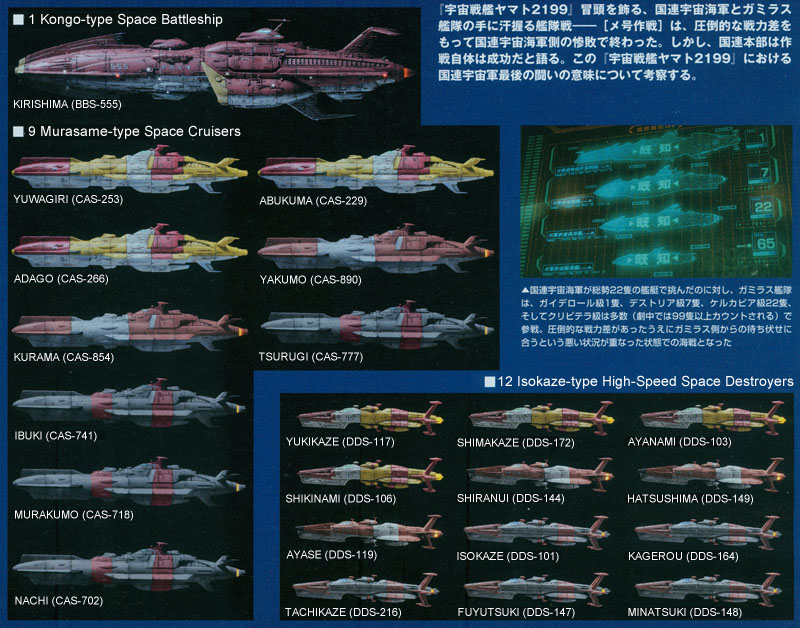 The curtain on Space Battleship Yamato 2199 Episode 1 rises on a quiet scene near Pluto. However, it soon becomes a scene of death when the sea of deep blue is dyed with blood. The UN space navy, which has dwindled against the formidable violence of the mysterious Garmillas, only has a fleet of 22 remaining ships to challenge them in “Operation M,” the battle of Pluto.

They advance to Pluto, which houses an enemy base, with the suicidal strategy of confronting many times their own number in enemy warships. However, another intention is hidden behind this strategy, known only to the flagship Kirishima.

In the year 2198, Earth was pushed to the brink of extinction when a hand of relief reached out from the new planet Iscandar. A spaceship that can cross interstellar space is newly built based on the dimensional wave-motion theory that was received in this offer, and a diversionary operation was devised to accommodate the messenger carrying the lynchpin of its launch without Garmillas knowing.

They traveled to Pluto with its enemy outpost and attracted the enemy fleet as the messenger from Iscandar passed by on the way to Mars. “Operation M” was a merciless strategy that risked lives simply to gain time. Admiral Okita, who was praised for his past victory in “Operation K2” (the second battle of Mars), turned from his glory and was forced into a desperate battle from which he could not expect a safe return.

On January 17, 1999, the two armies clashed near Pluto. The first fleet was reorganized out of remaining warships gathered from each district of Earth. They fought valiantly, but did not know they were only decoys. But by the time the messenger of Iscandar, the cause of it all, arrived at Mars, every ship but Kirishima had been destroyed.

Director Todo of the UN Space office said, “Despite the great sacrifice, Operation M was a success for the time being,” but could not help shivering at the words. Admiral Okita stepped off Kirishima, the only ship to survive, and stepped into a voyage of discovery as the new Captain of Yamato.

As despair turns to hope, the souls of the soldiers who became a foundation should be be firmly engraved in the depths of the heart.