This was a month that would go down in history, not directly because of Space Battleship Yamato, but indirectly because of its best-known progeny; Episode 1 of Super Dimensional Fortress Macross hit the airwaves on October 3. It was the first new anime program to arrive since late August, and it was on a road to success that had been paved by Yamato and Mobile Suit Gundam before it. Whereas the first series of both those programs were cut short due to low ratings, Macross was actually extended because of miraculously high ratings. In other words, the SF anime audience had finally grown into a sustainable resource.

It was a particularly good month for SF anime on TV, also seeing the broadcast debut of the second Captain Harlock series, Endless Road SSX, which was a sequel to the July blockbuster My Youth in Arcadia (which, interestingly, inherited the production and release track at Toei Pictures that was originally slated for Final Yamato.) Space Adventure Cobra also appeared to make it a TV hat trick, and moviegoers could take in the grim Future War 198X at the end of the month. On the horizon was a Godmars feature film that would coincide with the end of the TV series.

Because you’ve all been good little boys and girls, each magazine’s coverage for both Macross and Endless Road SSX is included in the links below.

Final Yamato rolled onward through another month of production, and each of the anime magazines delivered news on two of fans’ favorite subjects: mecha and music. 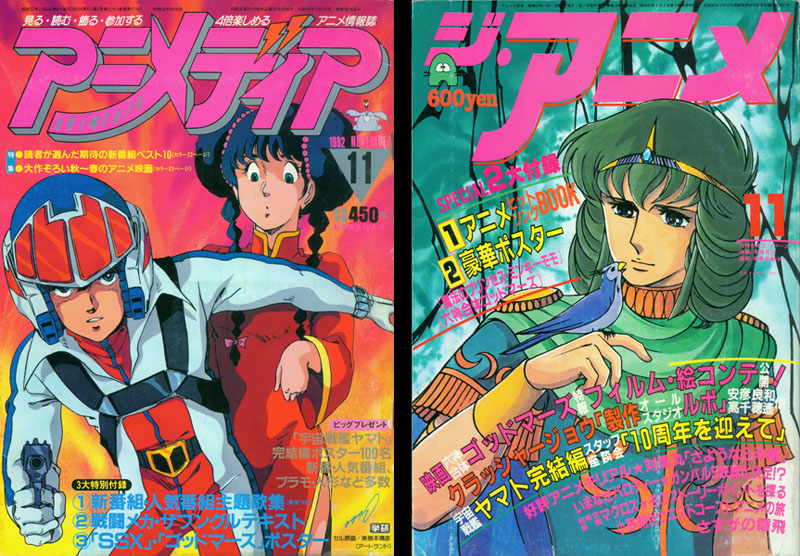 Macross and SSX lead this issue’s report on new shows, followed by a retrospective of Lupin III. Crusher Joe and Harmagedon, both being prepped for the same release month as Final Yamato, also got their due.

Yamato actually got two articles this time. The first was a 5-page look back at Series 1 titled “Anime Theater,” and Final Yamato got 4 pages with a Yoshinobu Nishizaki interview and comments from the design staff.

A 7-page cover story on the Godmars movie was followed by articles on new and forthcoming projects on both TV and the big screen. A bound-in insert examined how a TV robot anime series is developed, using a hypothetical show called Passion Robo Gunbal 5 – fully planned but never greenlit. Another substantial article examined the historical framework of a new WWII anime film about refugee children titled Tsushimamaru: Goodbye, Okinawa. 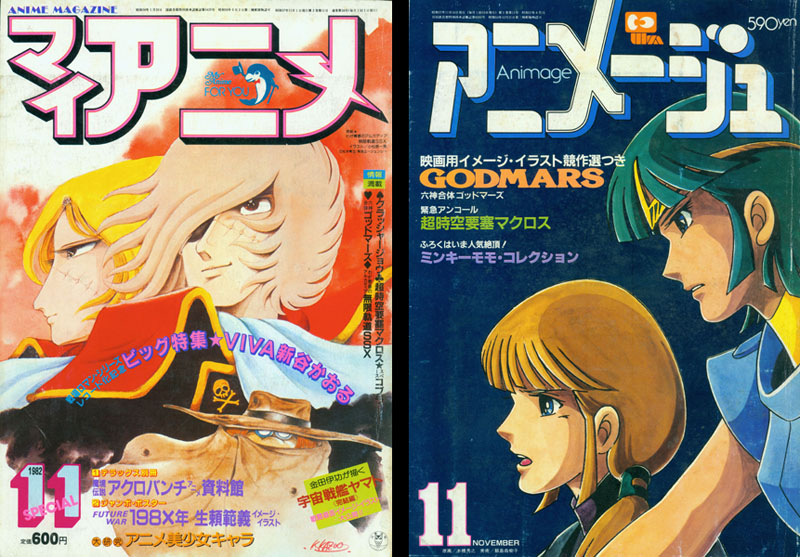 Endless Road SSX got the cover position here. A 24-page bound-in booklet examined the career of Kaoru Shintani, who started out as a manga assistant to Leiji Matsumoto and went on to create the long-lived Area 88. All the forthcoming feature films were profiled, along with TV programs and a live Urusei Yatsura stage musical.

Final Yamato got a 6-page article that highlighted Yoshinori Kanada’s conceptual designs and reported on the songs being created for the film.

Godmars got the star treatment with 16 lavish pages and a bound-in booklet, followed by ample coverage of new and upcoming anime. Hayao Miyazaki had to take the month off from his Nausicaa manga, but made up for it with a collection of design notes.

The Final Yamato article ran 5 pages that contained comments from staff members involved in both mecha design and song production. Tokuma Shoten was also readying the Space Battleship Yamato Perfect Manuals for January, and advertised them for the first time in this issue. 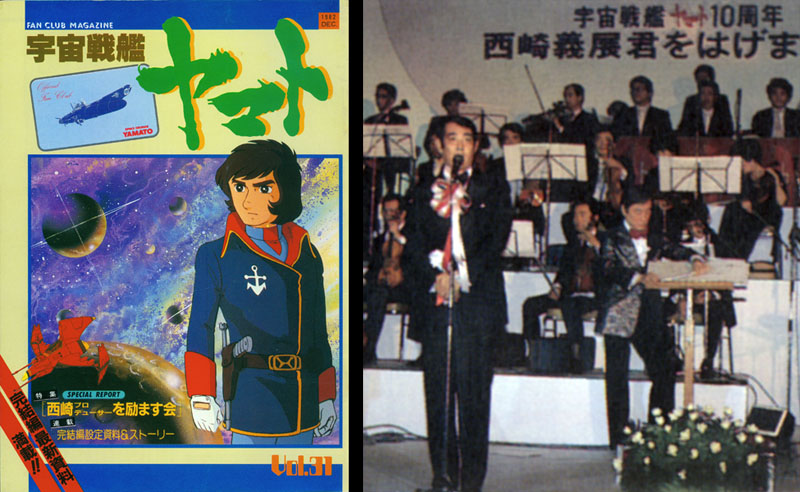 This issue provided another example of the disconnect between official publishing date and actual content. The main article was about an opulent October 22 party to celebrate Yamato‘s ten years on Earth, which makes the October 25 date on the magazine a bit questionable. Nevertheless, the event was described in detail and followed by an extensive collection of Dengil mecha designs. 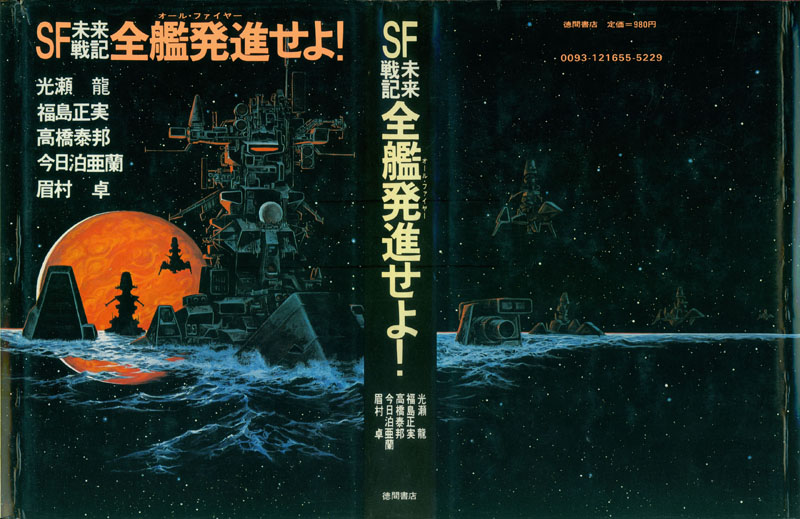 This SF anthology may seem a bit out of place here, but it has an interesting connection to Final Yamato. It was illustrated by members of Yamato‘s original design house, Studio Nue – and the cover was painted by mecha master Kazutaka Miyatake.

In a Yamatalk event with Miyatake held in September 2013 (reported here), Yamato 2199 director Yutaka Izubuchi revealed that during his time as a mecha designer on Final Yamato, he showed this cover art to Yoshinobu Nishizaki. His intention was to sell Nishizaki on this approach for the ship designs, but the producer instead zeroed in on the space-as-ocean symbolism. It is believed that this had a strong influence on the look of Final Yamato‘s climax.

Click here to see Studio Nue’s illustrations for this book.

Continue to November 1982: My Anime gives Final Yamato its first cover story and reports extensively on the “Yamato Decade.” The writers speak, Animedia does a poster, The Anime does a book, and Animage instructs its readers in how to enjoy TV anime.