On The Final Chapter, even more than in the past works, a production policy was devised to emphasize the visual side. Therefore, although it seems that several image boards were submitted by each animator, this magazine singled out images of important battle scenes, drawn by Mr. Kanada. 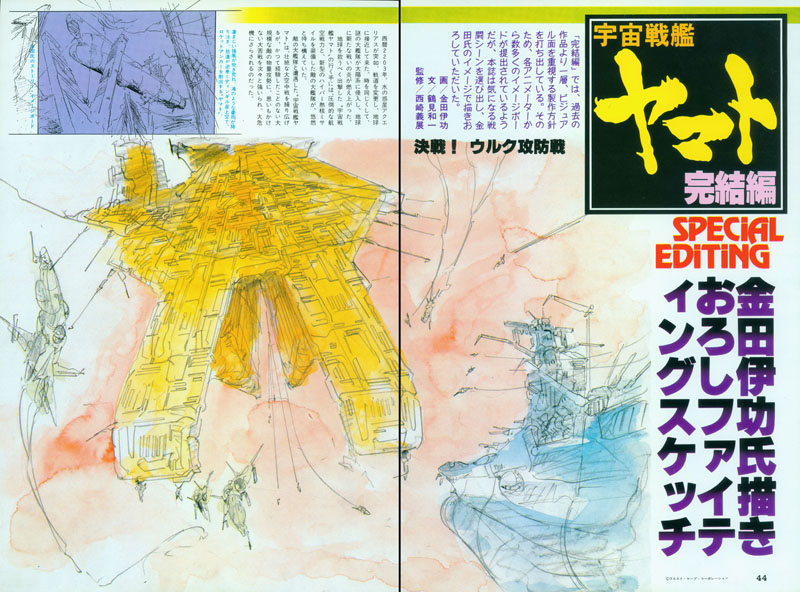 The year is 2203. The water planet Aquarius suddenly changes its orbit to approach Earth. At the same time, a huge, mysterious fleet invades the solar system, and the flame of a new battle flares up on Earth.

Yamato engages the enemy and a huge, ferocious aerial dogfight is waged. The size of the enemy offensive is like nothing ever before experienced. They are forced into one unexpected fight after another and are exposed to a huge crisis. 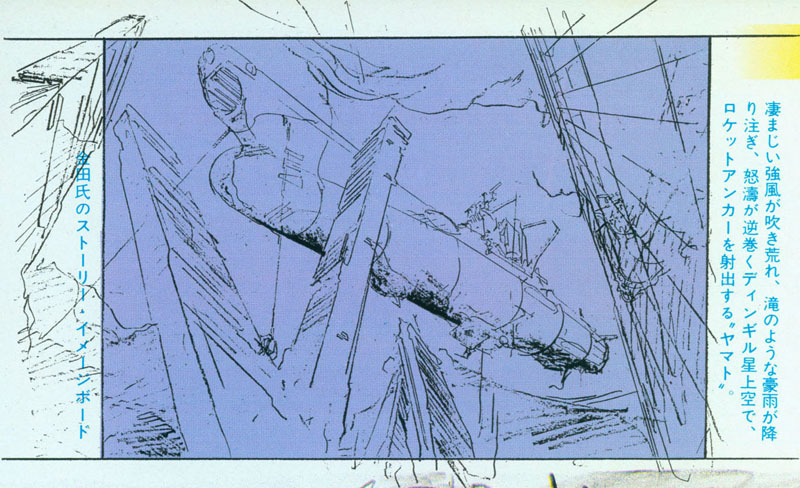 Story image board by Mr. Kanada: Through a torrential downpour and fierce, raging winds,
Yamato fires its rocket anchor over the planet Dengil, where an angry wave surges. 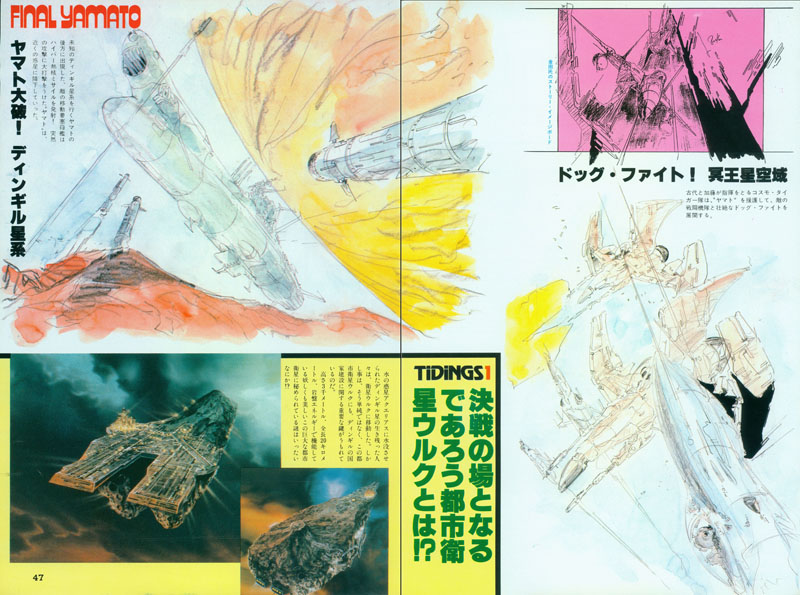 Right side of page spread above

Kodai and Kato take command of the Cosmo Tiger Corps to cover Yamato, and a fierce dogfight develops against the enemy fighter corps. 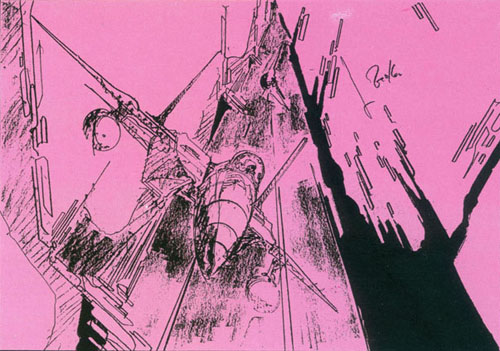 Upper left of page spread above

Appearing behind Yamato, which entered the unknown Dengil star system, the mobile fortress mothership fires hyper radiation missiles! Yamato takes a huge blow from the sudden attack and drops toward a nearby planet.

Will the city satellite Uruk become the place of a decisive battle!?

Lower left of page spread above

Those who survived the flooding of planet Dengil by the water planet Aquarius moved to city satellite Uruk. But things are not so simple on Uruk. The important key of the Dengil nation’s construction is unknown.

3000 meters high and 20km long, what is the mystery hidden in this massive, glittering city satellite that functions on bedrock energy!? 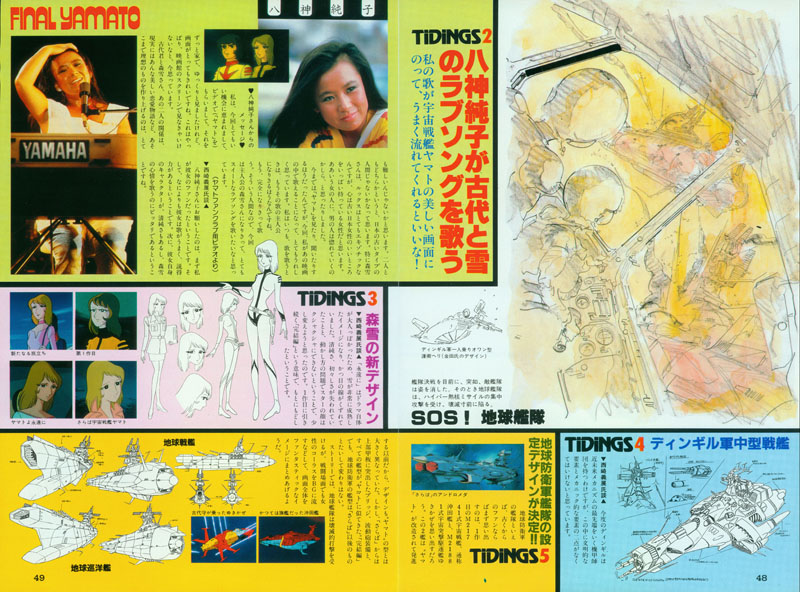 Junko Yagami sings a love song of Kodai and Yuki

I hope my song rides on a beautiful scene of Space Battleship Yamato and flows well!

I have been blessed with a very good opportunity this time. I was given a video (of Yamato) and play it at home all the time. I watch it slowly, but the scenery is very beautiful. After this, I now believe it must be seen on the big screen of a movie theater.

The relationship between Kodai and Yuki is a really beautiful love story, and I think it’s very difficult to create something ideal like this. I wonder if these two are like the people of ancient Japan. Yuki Mori in particular looks very exotic, and I think she has a lot of the good qualities of classic Japanese women in her. When I consider this, I wonder what kind of man would fall in love with her.

Although it was best that I watched and listened to Yamato before now, this time I’m very pleased that I can sing in the movie. When I sing songs, I always try to identify with the protagonist of the song as I work my way through it. Then it becomes complete when I finish singing. Since I am that kind of person, I can fully become the main character Yuki Mori this time, and I want to sing a really sweet love song. 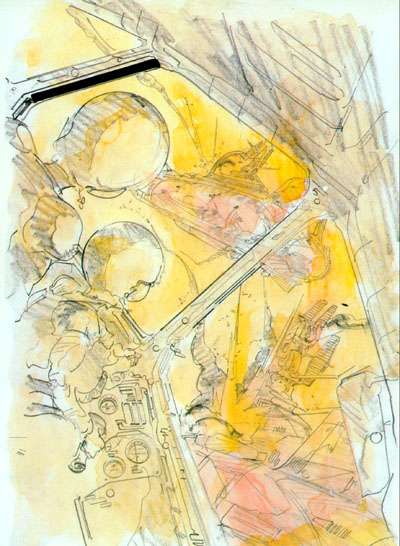 SOS! EARTH FLEET! With a decisive fleet battle close at hand,
the enemy fleet suddenly disappears. Then, when the Earth fleet
receives an intense attack of hyper radiation missiles, it falls
to the brink of destruction.

(from a video for the Yamato Fan Club)

I was a fan of Ms. Junko Yagami before I requested her. She is a great singer and, above all, very persuasive. Next, there is the purity and innocence of her character, which is perfect for singing about the feelings of Yuki Mori.

Since the story of Be Forever Yamato was more adult, Yuki gained a very mature image and lost the enduring linework of her eyes. Her purity and innocence were lost, and the problem in animating her was that we could only draw our star’s face looking gloomy.

so I intended to change it a little. It follows the sense of The Final Chapter returning to the original and following the first work.

Although Dengil has an armored division on the cutting edge of near future mecha, I think that two points, a civilization element and a mechanical element, must be present in it.

Design of the Earth Defence Forces vanguard fleet is decided!!

When remembering the Earth Defense Force fleet, longtime fans first recall the M21741-type space battleship of the first story, commonly known as Okita’s ship, and the M21881-type space assault destroyer Yukikaze. Because these two ships came before the launch of the remodeled Yamato, their design also greatly differed from Yamato. However, in Farewell all the ships are similar to Yamato with Wave-Motion equipment and a bridge that protrudes from the upper deck. In The Final Chapter, the warships of the Earth Defense Force are not very different from Farewell.

Although the Earth fleet receives a fatal blow in the story, a female chorus takes them into battle so that a fantastic image is brought to the entire screen. 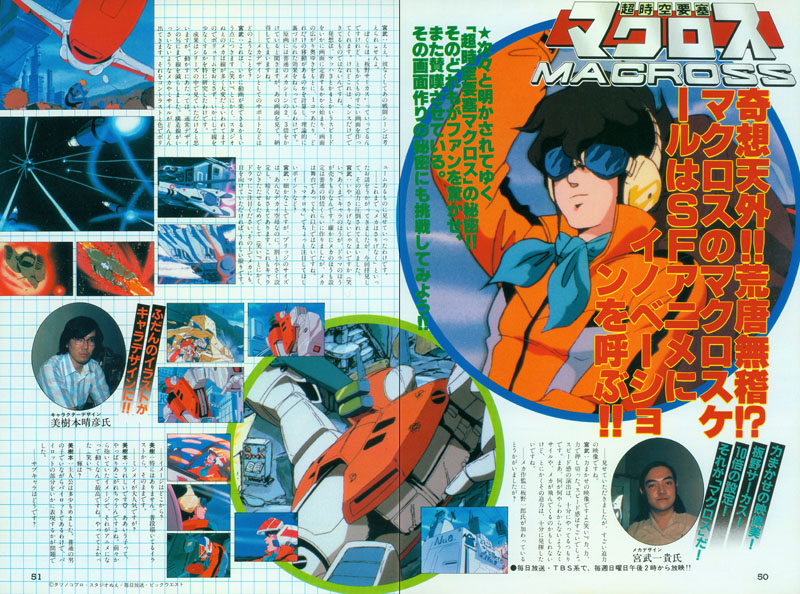 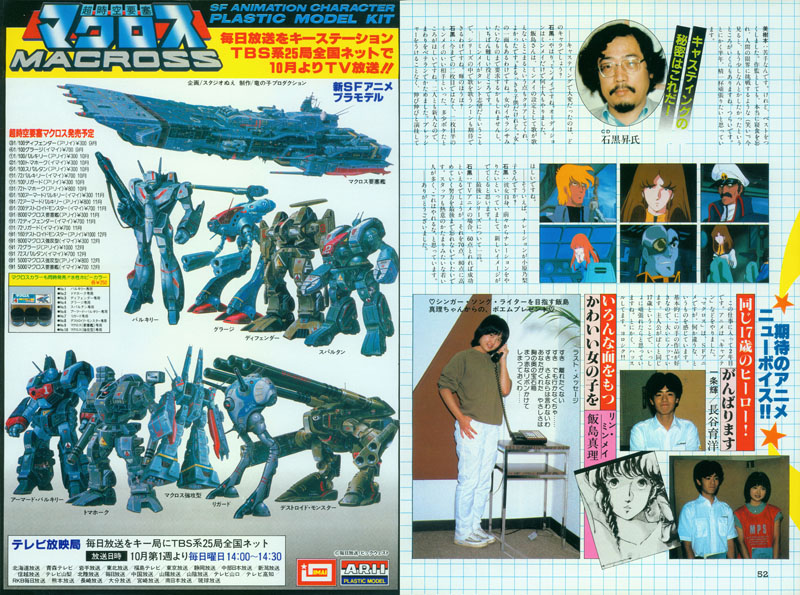 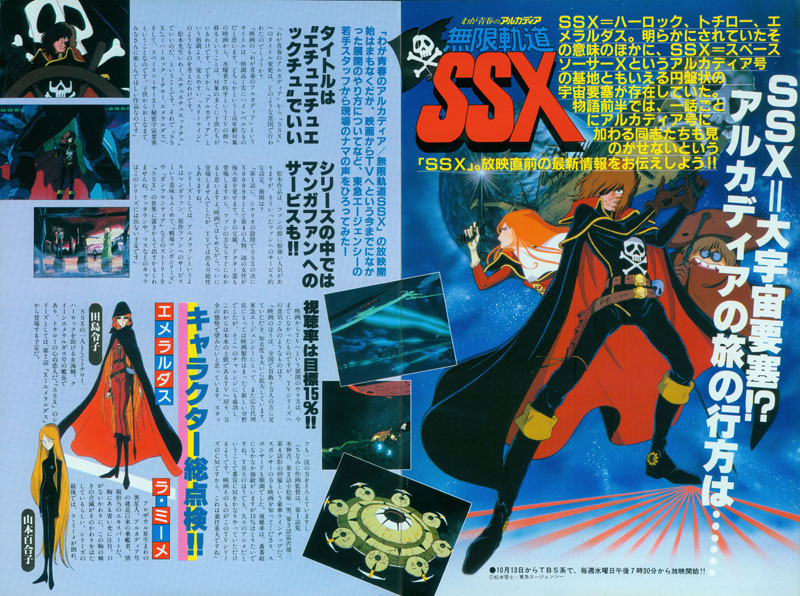 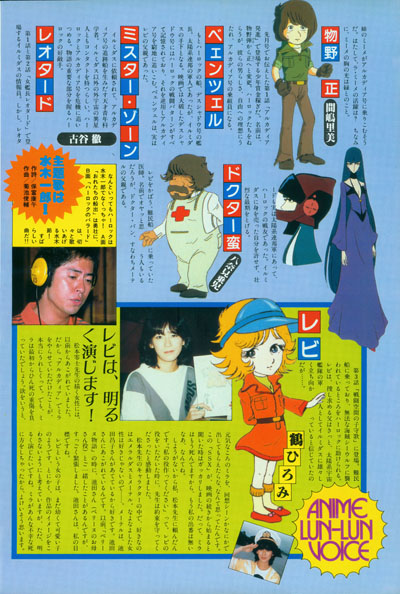