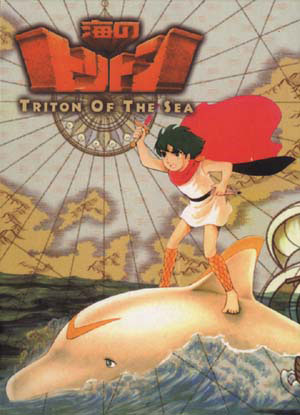 1979 Was a hectic year for Yoshinobu Nishizaki. As the Executive Producer and President of Japan’s Office Academy studio, he had more projects on his plate than ever before, not the least of which was the transformation of Space Battleship Yamato into the English-language Star Blazers series. But that was just the tip of the iceberg.

It may come as a surprise that in 1979 Office Academy was known for not just one, but three separate and distinct anime productions. By July of that year, the first two Yamato TV series and movies had made their mark, and the saga was well on the way to world-class status. The New Voyage was about to hit Japanese TV screens, and on July 4th Nishizaki initiated one of the many promotional events that constantly kept his most famous creation in the public eye: he began a month-long revival of the first two Yamato movies in double-feature screenings called the “Big Summer Roadshow.” Also known as the “Yamato festival,” it came with the added attraction of an earlier Nishizaki production called Triton of the Sea.

Triton had made its TV debut two years before Yamato and was now being revived in the form of an hour-long compilation movie. But that wasn’t all. In the fall of 1979, Office Academy offered an altogether new series to television called Space Carrier Blue Noah. Together, Triton, Yamato, and Blue Noah formed a triumvirate of action/adventure shows that made Office Academy an industry leader and a creative force to be reckoned with. The passage of time has demonstrated which of these three programs had universal appeal outside Japan, but as little-known as the other two are in the English-speaking world, they are still fondly remembered as a part of anime history in Japan.

Let’s take some time to examine these two “brothers” of Yamato and see how they fit into the context of the overall picture.

TRITON OF THE SEA

Osamu Tezuka, known as the god of Japanese animation and manga, created hundreds of stories from Astro Boy to Metropolis. In the late 60s, Tezuka hired Nishizaki as his animation studio’s production manager, and Triton was one of the programs Nishizaki brought to television when he struck out on his own. As is typical of any Tezuka story (anime or manga), its outward simplicity conceals some very sophisticated ideas.

Thirteen years before the story begins, the Triton people (who were descended from the lost civilization of Atlantis) were wiped out by the army of Poseidon, a tyrant who now rules the oceans. In the first episode of the series, we meet a 13-year old boy named Triton (pronounced “To-ri-tone”), who is living as an orphan in a Southern Japanese seaside village. He is almost literally a fish out of water, demonstrating prodigous swimming skills that amaze his friends and arouse suspicion among some adults. The arrival of a talking white dolphin named Luca reveals the true secrets of Triton’s past√ë-he is the last of his kind, and only he is capable of breaking Poseidon’s iron grip. Armed with the Orichalcum dagger, a legendary weapon something like a mini-lightsabre, Triton leaves his village and his journey begins.

Of course, not everything goes as planned. Triton is a reluctant hero, a boy of 13 who behaves like a real boy of 13, prone to temper tantrums and selfishness. When he meets Pippi, the only known female descendant of the Triton people, they take an instant dislike to each other and bicker constantly. But for the sake of their own futures, it is imperative that they get along. The breaking point comes in a mid-series plot twist (an element now quite common in TV anime) when their safe haven, Iruka Island, is destroyed and they are set adrift with four of their dolphin companions. This is the catalyst for Triton and Pippi to mature and become devoted to causes larger than themselves.

Triton and Princess Pippi are the last of their race

(SPOILER WARNING: This is the paragraph that gives away the plot. Continue reading at your own discretion.) As time goes on and Triton gets closer to Poseidon’s stronghold in the Atlantic Ocean, he learns more about the Orichalcum dagger, which has made him practically invincible. Prior to Triton’s birth, his people had inherited the dagger from their Atlantean ancestors, but they perceived it only as a symbol of their heritage. Having been raised by humans, Triton instantly recognized it as a weapon and began to use it as one–the very thing Poseidon killed all of the Triton people to prevent. When Triton finally reaches Poseidon’s stronghold, we see the reason for this: “Poseidon” is actually a giant statue erected by the Atlanteans to imprison the Poseidon people, and its energy is what has allowed them to survive deep underwater. The light from the Orichalcum dagger wielded by Triton brings the statue to life, which destroys this delicate balance and brings instant death to the Poseidon people√ë-whose only agenda was to one day escape their prison.

The message is that no action, however positive it appears on the surface, is without consequence. This subtle, multi-layered approach is what earned Tezuka his legendary reputation. As a storyteller, he was always far ahead of his contemporaries, and the lessons taught in his tales have influenced several generations of Japanese fans.

The wise ones: Medon and Proteus

Despite its age, Triton still has a lot going for it. In these days of digital ink & paint and multi-layered effects animation, the show’s rough edges carry an undeniable charm. The vintage grease pencil drawings have weight and texture, and the color palatte is full of bright tones and vivid primaries. Even the Krofft-style end titles wherein animated characters interact with a live, post-60’s folk group is enjoyable. The voice acting is also top-notch and holds up even after more than 30 years. Japanese voice acting had always been considered a vital part of the medium, and had passed the threshhold of believability when American TV was still mired in such fare as Scooby Doo and The Superfriends.

The story doesn’t have much in common with Yamato, but Nishizaki’s musical expertise is evident right from the get-go with the rousing theme song and the full-flavored score, which included progressive touches of jazz and pop. As it would turn out later, Triton was a fertile breeding ground of talent. Besides Tezuka and Nishizaki, the most notable contributor to the series was writer/artist Yoshiyuki Tomino, who would go on to do some storyboard work for the first Yamato series prior to striking out on his own. In 1979, he brought another series to television that would prove to be the only anime saga able to give Yamato a run for its money: a science-fiction story called Mobile Suit Gundam.

At far right: Triton vs. Poseidon

As part of the “Yamato Festival” in 1979, a one-hour theatrical features offered a condensed version of the Triton TV series. More accurately, it was a compilation of footage from the first half of the series. The second feature, though completed at the same time, was unseen by audiences until both parts were released over two decades later on DVD in Japan. Today, Triton is still fondly remembered for all the qualities that made a Tezuka story great.