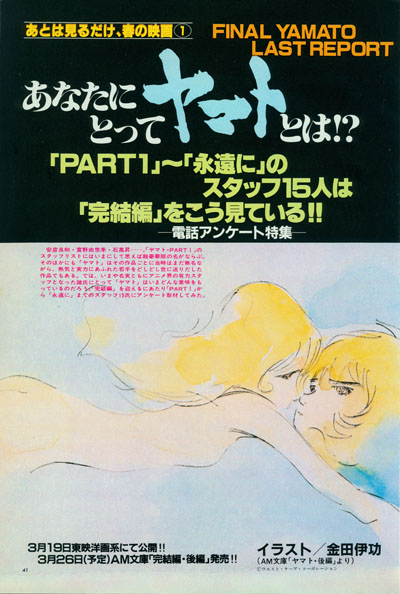 All that’s left is to see it, the movie in spring

What is Yamato to you!?

15 people who served as staff from Part 1 to Be Forever Yamato, how they see it!!

Yasuhiko Yoshikazu, Yoshiyuki Tomino, Noboru Ishiguro…when you think back on the staff list of Yamato Part 1, the names form a roster of excellence. But at the time they made Yamato, even they were still unknown, young people brimming with zeal and talent who sent their work off into the world without hesitation. What kind of meaning does Yamato hold now for the ladies and gentlemen who became influential staff members of the anime world in both name and reality? We interviewed 15 staff members from Part 1 to Be Forever about Final Yamato.

To premiere in Toei theaters March 19!! 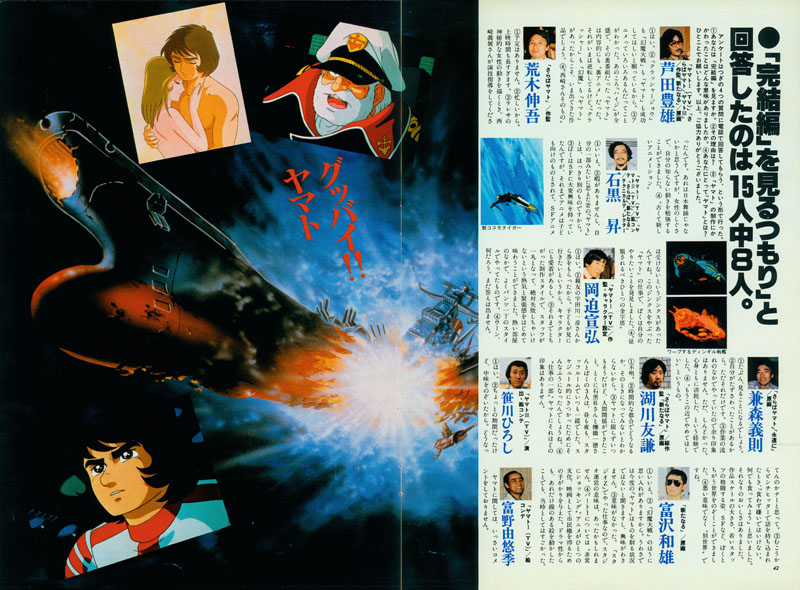 Of those who responded, eight out of fifteen people said
“I’ll go and see Final Yamato.”

In the form of a questionnaire, these four questions were answered by phone:

① Will you see Final Yamato?
② For what reason?
③ What does it mean for you to have been involved with the production of Yamato?
④ What is Yamato to you?

We thank everyone for their cooperation. 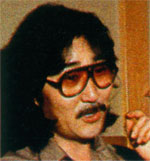 ② I want Crusher Joe, Harmagedon, and Yamato to succeed.

③ I found out there were various kinds of anime. Heidi was in its prime in those days, and when Yamato was in the same time slot, it was the “back anime” in terms of its content. That’s been reversed, simply because Crusher Joe, Harmagedon, and Yamato are the works that come out now. 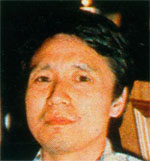 ① I’m not planning to.

② Because I’m busy. And the running time is too long.

③ When I drew the movements of the mysterious woman Teresa, Yoshinobu Nishizaki gave me his guidance. I think it’s Japanese dance and the gestures of a woman, which gave me the chance to study movements I didn’t know. 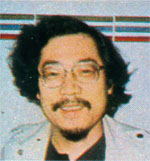 ② With the old Yamato there was no spare time and it looked like it. This is clearly a different thing.

③ I was a big admirer of SF, but anime was considered to be just for children before then, and it seemed like there was a jinx on SF anime. It was Yamato that broke the jinx, and I discovered what I wanted to do.

④ “One monumental work to be conquered.” 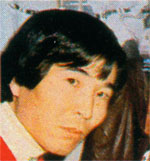 ② Because I got a ticket from a close friend. He wants his children to see it. And I also feel attached to the characters.

③ It had a different production style from other anime up to then, the staff was united, and I tasted for the first time the tension and excitement of having to come through by all means. Also, what style of underwear you needed in a hot room. 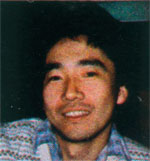 ① I will probably go see it.

② Because I participated in it. It’s only proper.

③ I did it in a work flow, so I didn’t get much of an impression. But it was toilsome. The experience exhausted me, both physically and mentally.

④ “Something I’d really like to be done with at this point.” 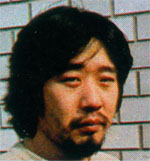 ③ The human relations, though that’s not limited to Yamato. Three of us in particular, Noboru Ishiguro, Kazunori Tanahashi, and me, were always together in the staff room, day and night. I guess it’s because the schedule was so tough.

④ Yamato never had the impression of being “just a job.” 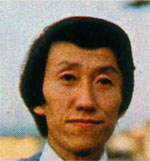 ② It was just a brief bit, but I saw some of the content. I’m curious to see how it turned out.

③ When I was brought in as a pinch hitter, I thought, “Don’t prejudge it. We’ll eat anything.” It was delicious in its own way. Through the scale of the work and the fighting figure of the young staff, I was able to look into SF, which was different from my world.

④ It was a “different world,” but not in a bad way. 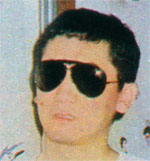 ② Because I have more of a fondness toward Harmagedon. From what I’ve heard, this Yamato isn’t quite polished, so I can’t really get too excited over it.

③ There was no meaning. It was work I did at Studio Z, so there might have been some meaning for the studio management.

④ Part 1 was “very shocking.” It gave a clue about the citizenship of anime in the culture of film. From the movement of the picture to the dramatic lines, it was amazing at the time. 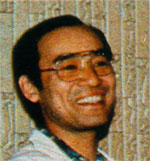 I don’t have any comment at all about Yamato. 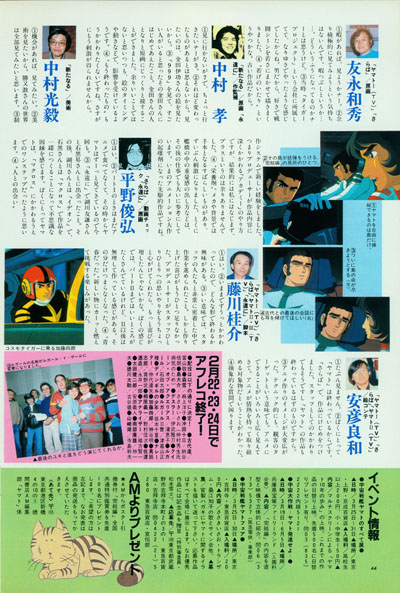 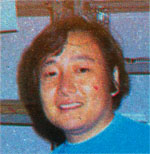 ② I don’t feel very strongly about seeing it. Maybe to kill time…? I do kind of wonder how it turned out.

③ I belonged to a company called Tiger Project in those days, and I just kind of worked on it like any other job. As a man, I let my youth move me to draw the battle scenes as I liked.

④ Maybe “it was something I did when I was young.” Because it’s an old work. 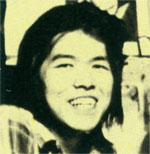 ② Because I don’t think it will have something all that different. What I want to see are Yoshinori Kanada’s drawings.

③ After I saw 999, I was able to meet Mr. Kanada for the first time, and I thought he was an amazing person. I was able to absorb his personality and his key animation slowly and carefully. While I didn’t think it was that great, the timing and movement of the drawings seem to have had an influence on me.

④ It’s “Something that already ended,” so I don’t want to be involved any more. I’m no longer excited by it. 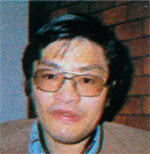 ① If the opportunity arises, I’d like to see it.

③ The production system was a new experience. In other words, it’s the “Academy” way for the producer to deeply affect the content. In the end, I couldn’t get used to it, so it didn’t really add anything special.

④ “Nutritional supplement.” The mecha and backgrounds were wonderful role models, and it was really exciting. It greatly influenced my later work, in particular how to give a feeling of weight to a bridge deck. It’s a pioneering work that became the catalyst of today’s animation blockbusters. 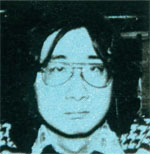 ② I hadn’t yet digested anime before Part 1, and I’ve watched every Yamato since then.

③ Meeting Tomonori Kogawa and Noboru Ishiguro on Be Forever Yamato. After that, I felt a mysterious fate when I worked with Mr. Kogawa on Ideon and with Mr. Ishiguro on Macross. As for Yamato‘s exposure, I think it was one step that helped Macross. 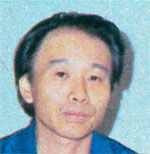 ② I’ve been involved with it since the beginning, so I’m interested in seeing how it ends.

③ Pushing the work forward closely together with the people of the staff had a lot of good meaning. But there wasn’t enough joy in it to do one more. If the producer provided a little more consideration to individual staff members, it might have been more fun. My feeling is that there were a lot of good things about Part 2, but it felt like it became a bit stretched after that. Some parts became boring.

④ “It was youth.” There was pleasure in burning with passion and meeting challenges. 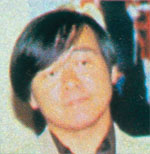 ① I probably won’t see it.

② For me, Yamato is over. I make a distinction with Farewell to Yamato. Even when I was involved on the staff, I felt that Yamato should end.

③ The image of anime has expanded very much. The technique is to go after a target audience, but the variety of things you can do with anime has been widely seen. I found that anime is something you can tackle with passion. 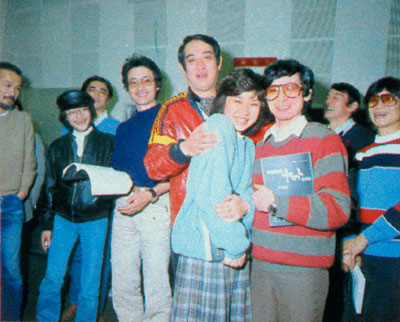 Photo from the voice recording, February 22-24

All of Space Battleship Yamato Exhibition

Date: March 25-30
Location: Tokyu Department Store, Kichijoji, Tokyo
Admission: 200 yen
Content: Song performance and signings by Isao Sasaki, Tranzam, and Tomoko Kuwae.
Special offer: Please send in your drawing of Yamato on a postcard. It will be displayed at the venue. In addition, a souvenir will be presented for excellent work. (Special judge Leiji Matsumoto.) 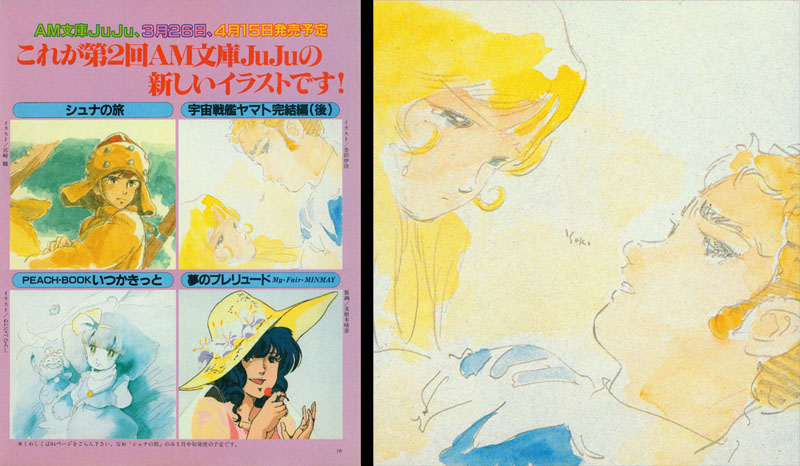 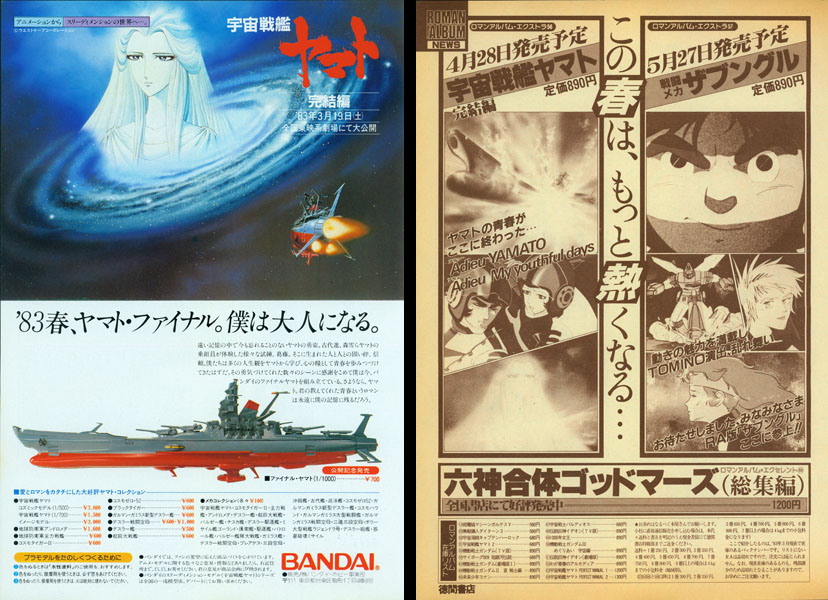 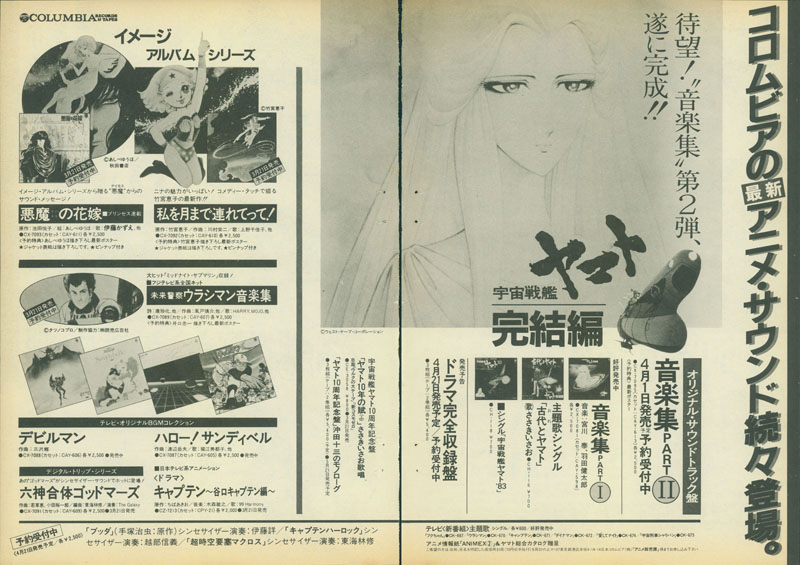 Ad for albums and singles from Columbia. Their second Final Yamato Music Collection and drama album would be released in April. Also mentioned was a “10-Year Tribute” album narrated by Captain Okita, which would be cancelled. 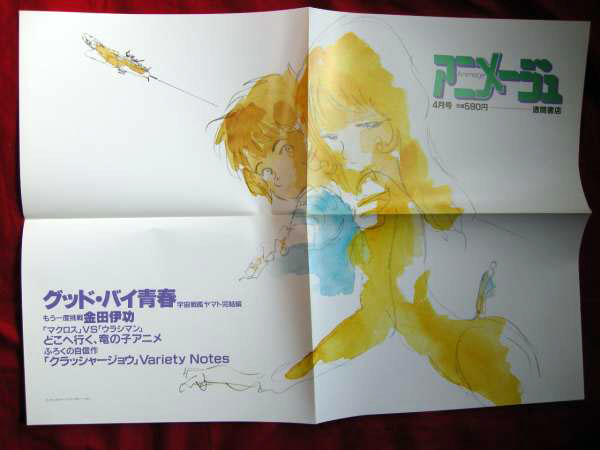 Promotional poster for the issue with the “Goodbye Youth” slogan and cover art by Yoshinori Kanada.