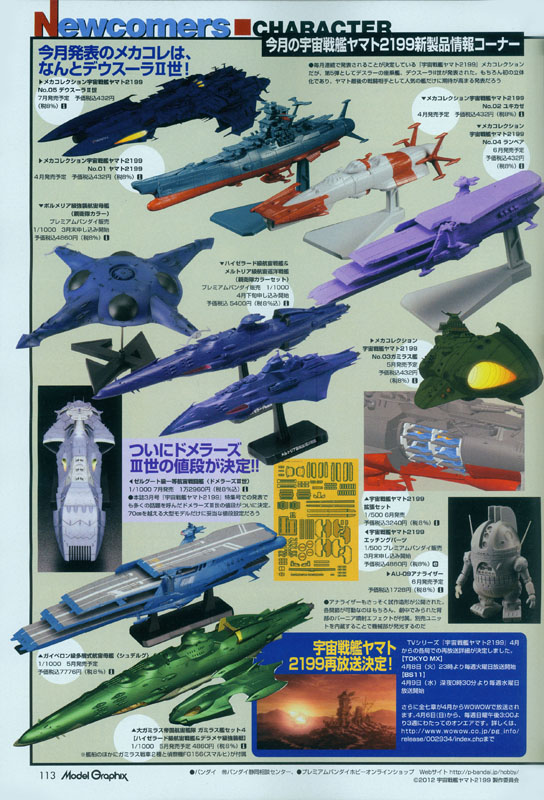 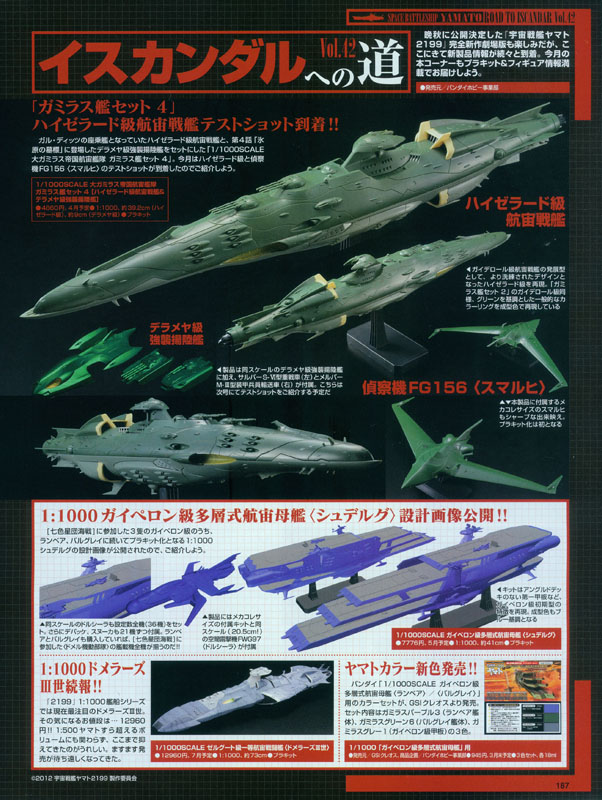 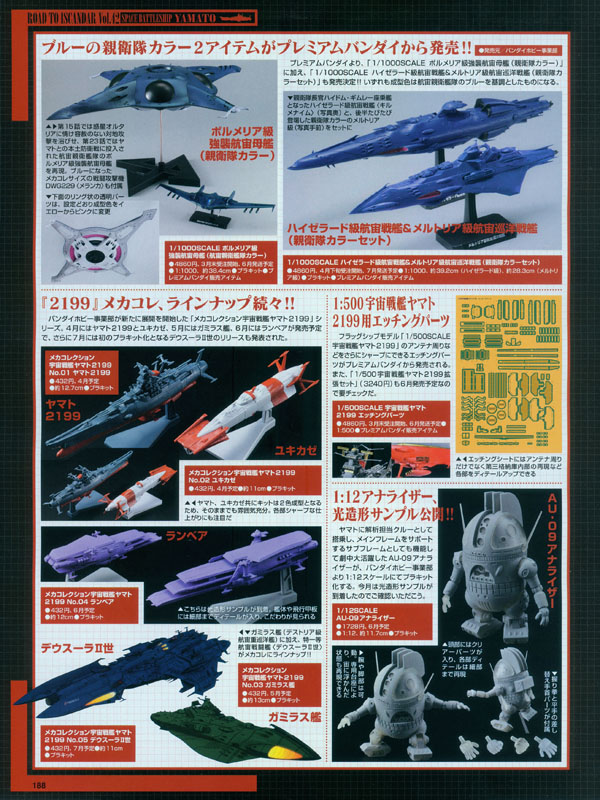 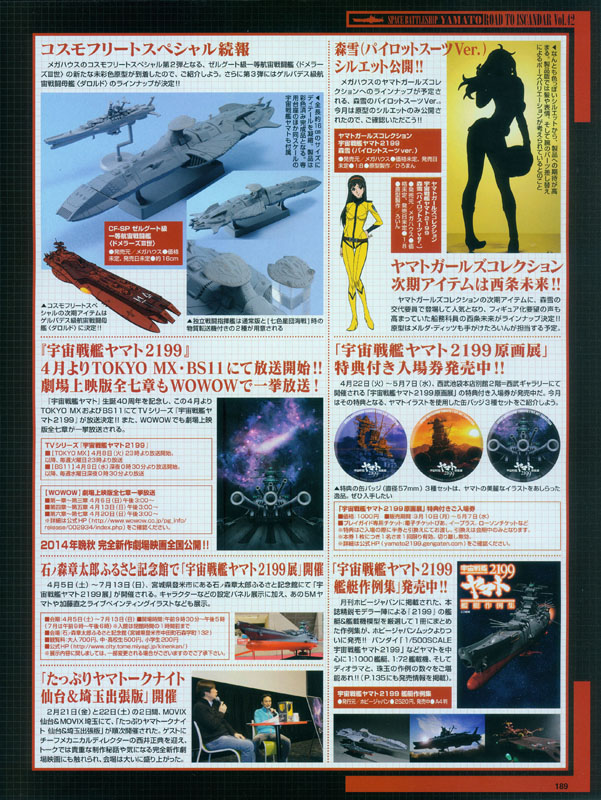 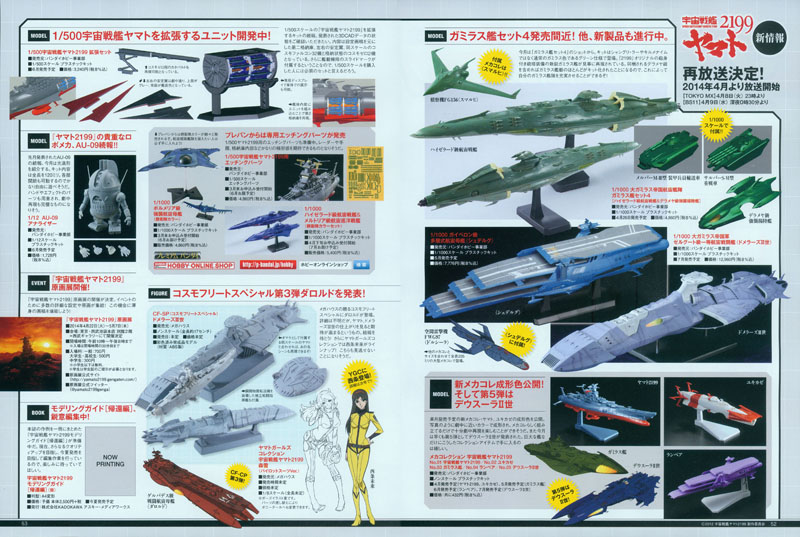 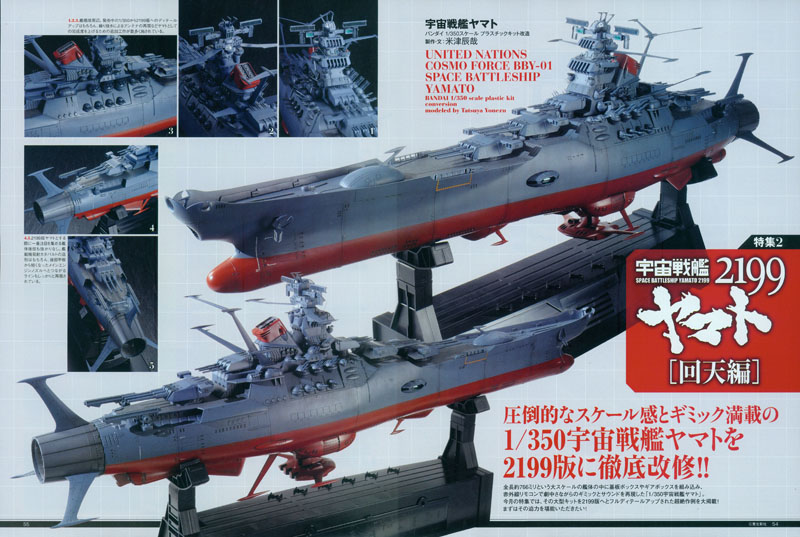 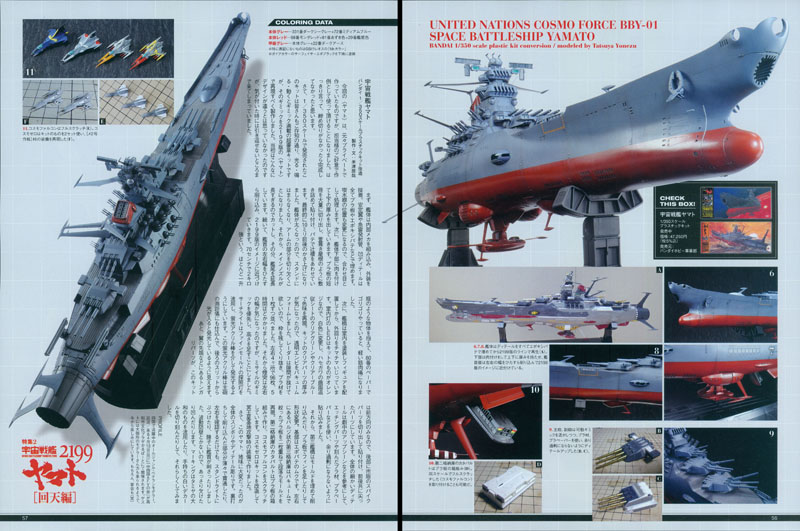 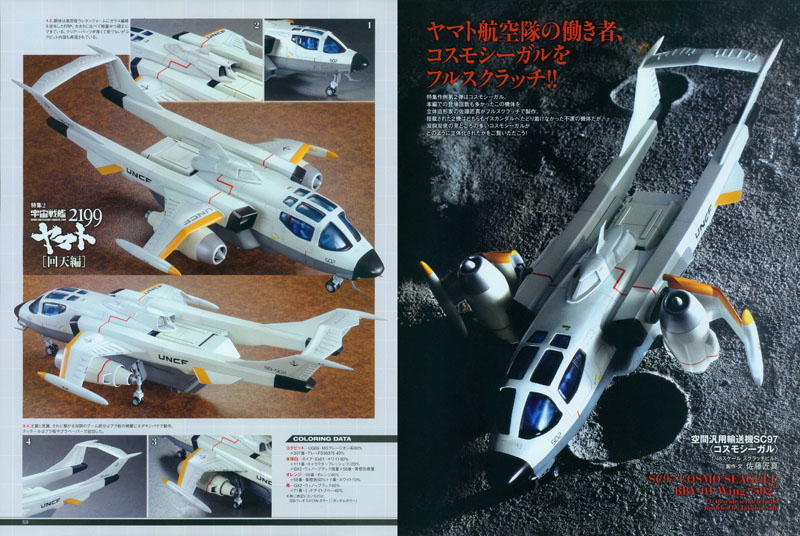 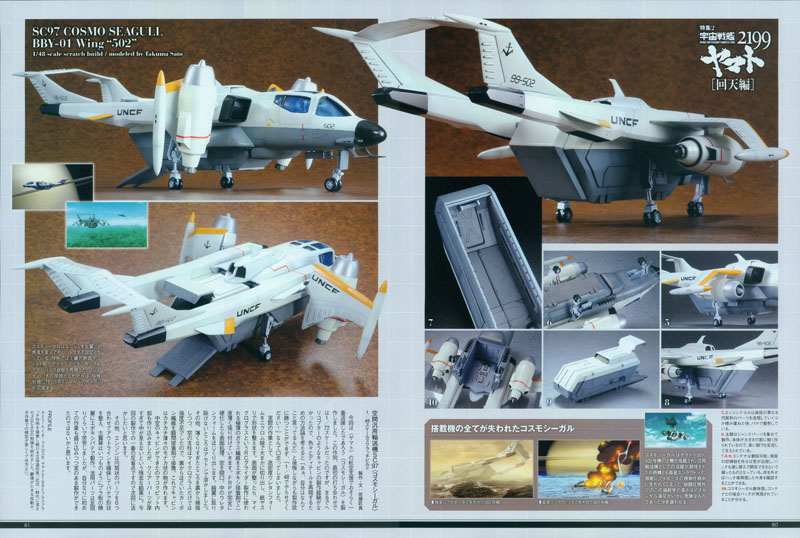 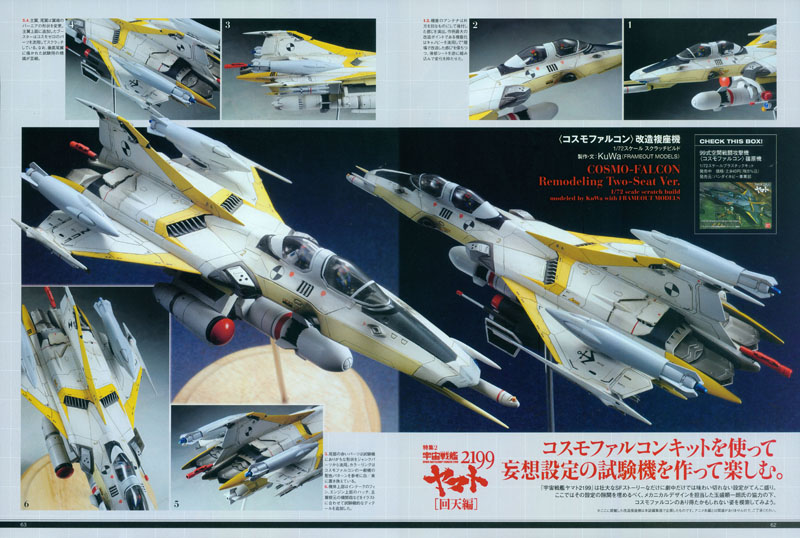 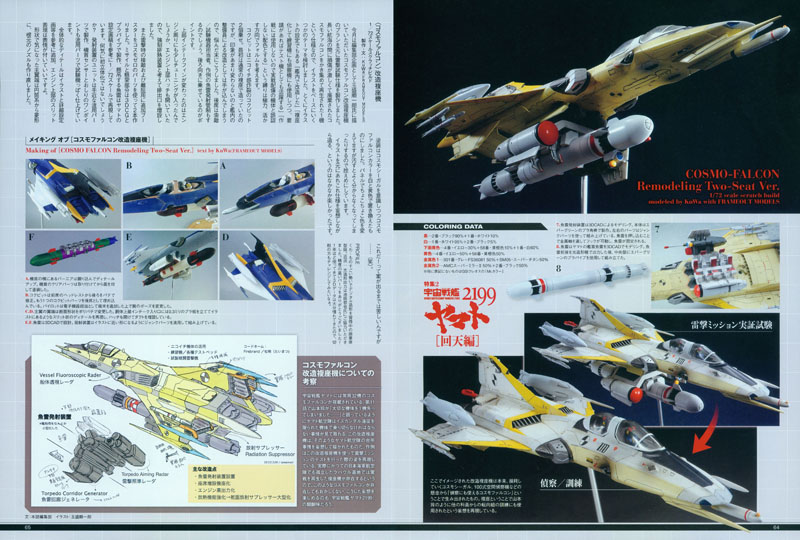 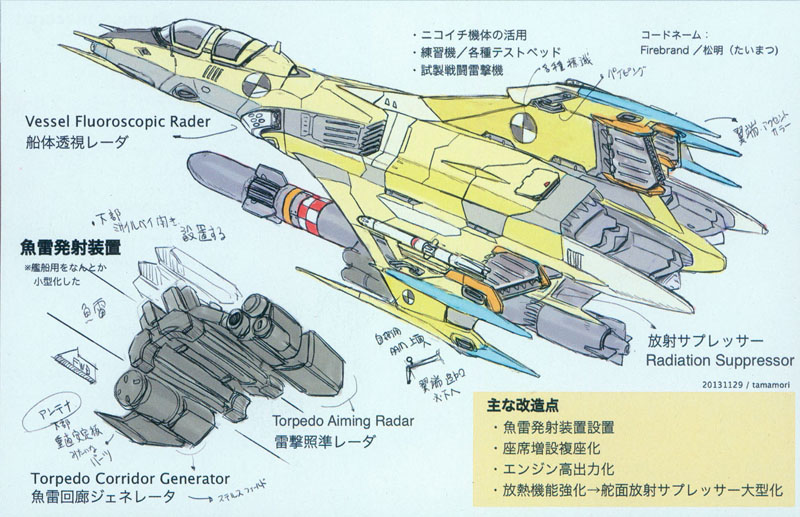 Space Battleship Yamato carries 32 standard Cosmo Falcons. In Episode 11, Akira Yamamoto says, “I’ve lost one aircraft, an important aircraft…” and we grasp the situation that the Yamato flight corps must overcome to get through the Iscandar expedition with limited aircraft. I drew this modified 2-seater as a daydream after thinking about their situation. This example reproduces it at the time of torpedo mission testing using a modified 2-seater. Since such double-seated craft, which replicated the Zero fighter, actually exist at the lone Rabaul base (in New Guinea) of the former Japanese Navy flight corps, it’s no joke that such a Cosmo Falcon could exist. Enjoying such daydreams is the best part of Yamato 2199.