Japan’s Sourcenext Co. released three separate games and two CG movie collections over a span of just ten months (December 2000 to September ’01), then re-released them in waves at two year intervals. The packaging changed slightly and some box sets were thrown into the mix, but the software itself stood the test of time and the games are still as innovative today as they were at the beginning.

Released for both PC and Mac, they can run on Western operating systems with the right vintage and they are partially meant to teach English, but since both a Japanese keyboard and sight-reading are required for some of the gameplay, fans on the wrong side of the language barrier have tough obstacles to contend with.

Fortunately, the real triumph of these games is their visual design, enlivened by newly-animated scenes that fuse hand-drawn characters and CG spaceships. The character animation is fairly generic, but the CG animation is excellent, particularly in the later games. Compared to that, the gameplay is decidely secondary.

This is the first in a series of four articles that examines each game in detail. 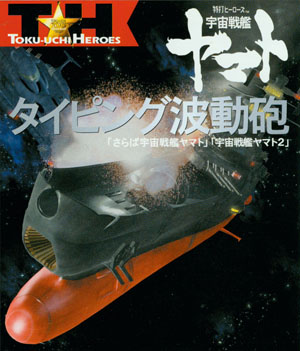 The first game immediately broke with tradition by basing itself on Farewell and Yamato 2 rather than the journey to Iscandar. It followed the major events of the story, with original animation clips and CG cutscenes. From the promotional text:

You can help defeat the enemy and decide to either return with the crew safely to Earth or disappear into space. You can no longer be just an onlooker. The fate of Yamato and all of space depend on both your hands!

All the familiar spacecraft; Yamato, Dessler’s warship, Gamilas Destroyer, Cosmo Tiger, and more were restored to their original state in complete 3D form from original designs. To develop a full sense of reality, a strategy to mix a 3D picture with an anime image was successfully accomplished! 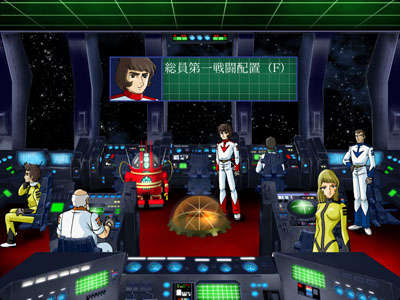 Upon startup, the first thing you hear is a bridge door swish open (all sound effects are authentic) and you are greeted with a view from the Captain’s chair. Rolling your cursor over the characters brings up clickable options to get started. 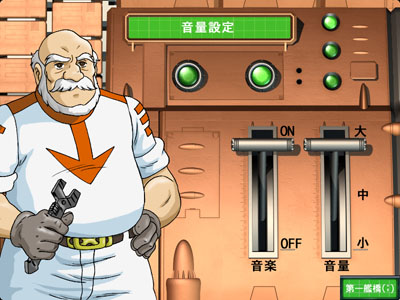 Clicking on Tokugawa (Orion) brings up the options screen to set sound controls. Naturally, all the characters have dialogue that tell you what to do, though not all the original voice actors were involved. 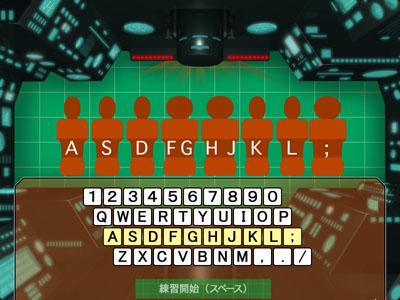 Clicking on Sanada (Sandor) takes you to a training room where you familiarize yourself with the keyboard by typing letters as they pop up in a holographic shooting gallery. 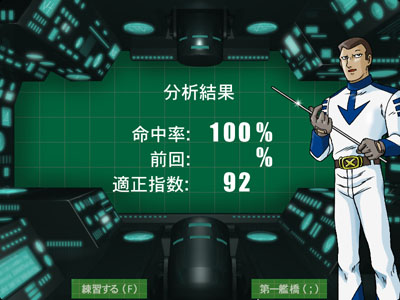 This is a mini-game in which Sanada gives you a score for speed and accuracy. 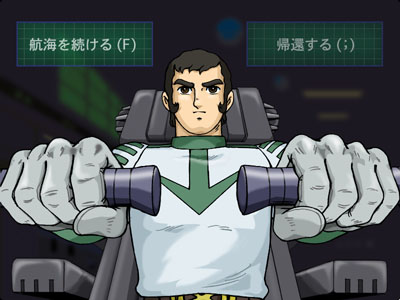 As for the other characters, Yuki (Nova) keeps your scorecard, Analyzer (IQ-9) shows you a keyboard translation from kana to English letters, Aihara (Homer) can access online support, and Shima (Venture) gives you the option to quit the game, shown here. 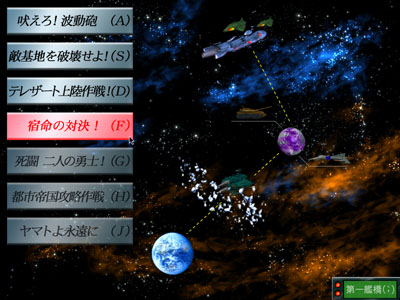 Clicking on Kodai (Wildstar) takes you to the mission menu, where you can choose one of four games to play. Beating these four unlocks the last three, for a total of 7 missions. 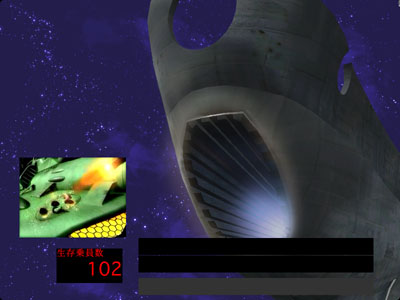 Yamato is en route to Telezart when it gets caught in a space current and is attacked by General Goland’s Anti-matter Missile ships. As they approach on a collision course, the Wave-Motion Gun powers up to fire. Text pops up for you to type; as long as you can keep up with it, the countdown to firing can proceed and Yamato has a chance. See the intro cutscene here. 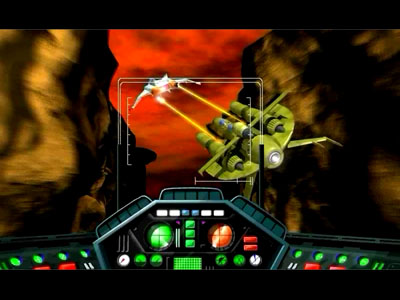 Mission 2: Destroy the Enemy Base!

The first order of business upon arrival at Telezart is for the Cosmo Tigers to air-raid the Comet Empire’s base camp. Kato (Conroy) leads the squadron through a maze of ravines. Text pops up for you to type so that he can shoot down enemy fighters and tanks. If you make a mistake, his shot misses or another Tiger is hit. See the intro cutscene here. 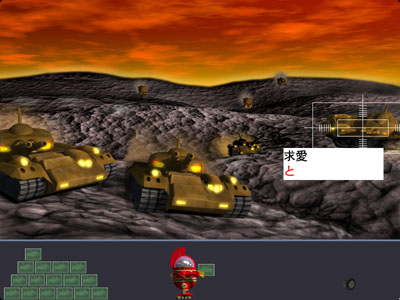 The Space Marines are doing their best against the Comet Empire’s tank corps while Kodai, Sanada, and Analyzer set up the multi-missile launcher. You have to type the tanks away while Analyzer carries the ammo boxes to safety. If they all get destroyed, you lose. See the intro cutscene here. 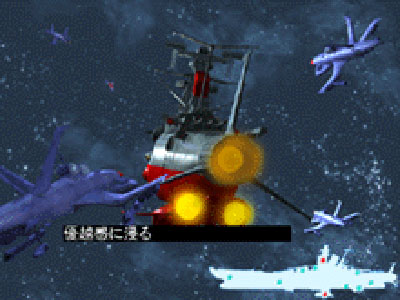 On the way back to Earth, Yamato is assaulted by Dessler and his Gamilas ships. You have to type them out of existence as they teleport in and fire on Yamato. If you can keep them occupied long enough, the ship will have time to mini-warp. See the intro cutscene here.

Yamato collides with Dessler’s battleship, turning a space battle into hand-to-hand combat. You have to type away Gamilas troopers as they appear so Kodai can break through the lines and find Dessler. See the intro cutscene here. 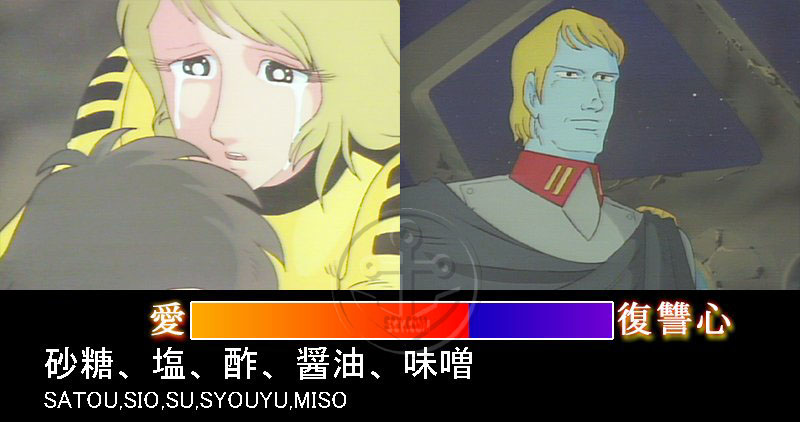 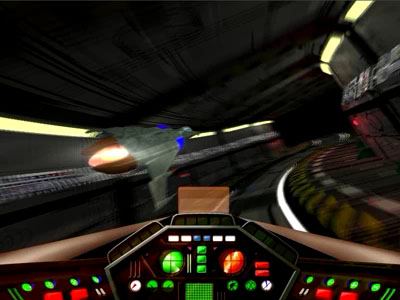 Kodai learns of the Comet Empire’s Achilles heel from Dessler and the attack is on. A cutscene gets your Cosmo Tiger into the port, but fast typing is what it takes to maneuver through a winding tunnel and get to the core of the city. See the intro cutscene here. 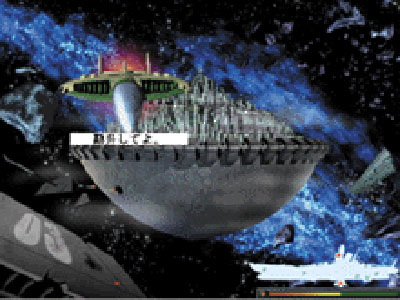 Its power reactor destroyed, the Comet Empire is frozen in space; now you have to type away its remaining fighters while Yamato unleashes all its remaining power against the Imperial City. Fortunately, you don’t have to deal with Zordar’s Dreadnought. If you do your job, Teresa will come to the rescue and the final scenes of Yamato 2 will play you out. See the intro cutscene here.

Lose any of the missions, and this will be Yamato‘s sorry fate. But no pressure…