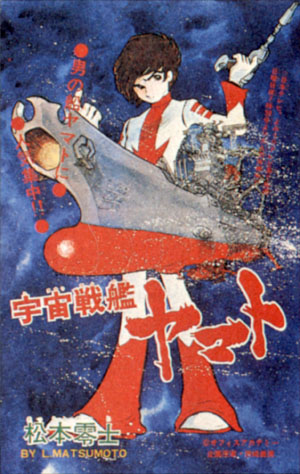 Of all those who pushed themselves to the limit (and beyond) to get Space Battleship Yamato made, none was a greater glutton for punishment than its art director, the legendary Leiji Matsumoto. To gain an understanding of what he endured during production of the first TV series, consider this: after spending an untold number of hours every day designing and supervising the look of the anime, he would then return to his own drawing board every night to render the same story in manga form, struggling all the while to keep ahead of his monthly deadline for Adventure King magazine.

Though he was already a highly-disciplined workhorse, even Matsumoto admitted that he’d bitten off more than he could chew: “I lost a lot of sleep and I became emaciated as a result. It was hell until I adapted to the workload. Since the manga was a monthly publication, the TV series sped on ahead, and I had a hard time catching up with it. I vowed I would never commit to such a schedule again!” 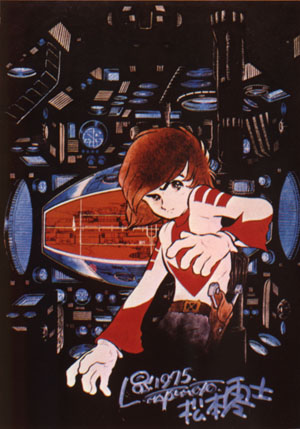 Matching the publication timing of Matsumoto’s manga to the airing of the TV episodes reveals much about the creative decisions he made to keep both versions concurrent; amazingly, they started and ended almost simultaneously, running from early October 1974 to late March 1975. What neither Matsumoto nor anyone else on the anime series could have anticipated was the Yomiuri network’s decision to reduce the episode count (from 39 to 26) as a result of low TV ratings. Prior to this unpleasant development, everyone assumed they had more time to tell their story, which helps to explain the long voyage to Iscandar and the very brief one back to Earth.

One of the best-known casualties of the reduced episode count was the appearance of Matsumoto’s Captain Harlock as a supporting character. Although Harlock’s story was cut from the anime altogether, he could still play a part in the manga version…though by this time it was clear that Matsumoto intended the Yamato Harlock to have no relationship to the Space Pirate Harlock, who would later experience a successful manga & anime career of his own.

A fan who was devoted enough to keep up with both the TV series and Matsumoto’s manga in Adventure King would have seen both versions of the story unfold as follows. Clicking on the links embedded in this text will open a page of the manga itself. (Remember that manga pages are read from right to left.) All artwork is © Leiji Matsumoto. 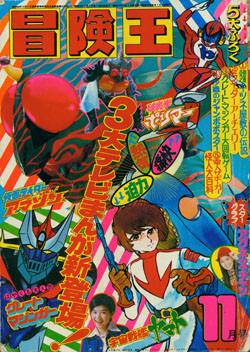 Manga chapter 1 (31 pages)
same content as TV episode 1; We see the battle of Pluto and the message capsule is recovered on Mars. The chapter ends with our first view of Yamato in the ground.

ON TELEVISION Episodes 1-4
We meet the characters, Yamato is built, launches and warps to Mars. 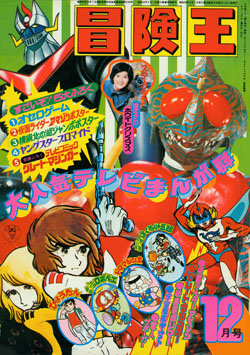 ON TELEVISION Episodes 5-8
Yamato travels from Jupiter to Titan to Pluto, destroying the Reflex Gun. 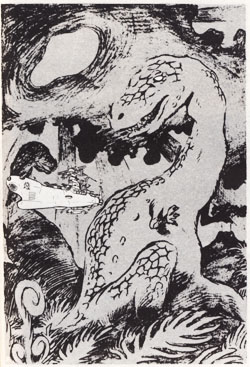 Manga chapter 3 (31 pages)
Yamato warps to Mars and moves on to Jupiter.

ON TELEVISON Episodes 9-13
Defeat of Gamilas fleet, departure from solar system, encounter with Gamilas mines, the Orion star, capture of the enemy pilot. 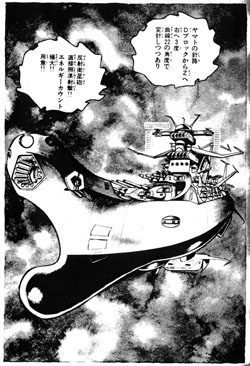 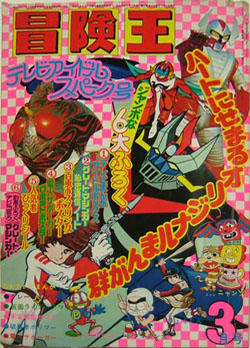 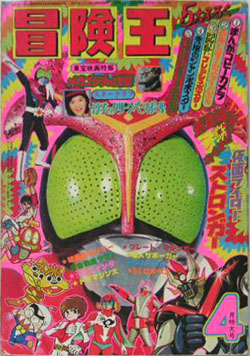 ON TELEVISION Episodes 22-26
Battle with Domel, destruction of Gamilas, conclusion of series. 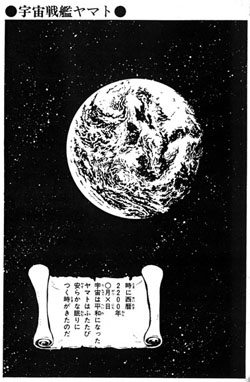 Manga chapter 7 (33 pages)
Earth receives a report from Captain Okita about the destruction of Gamilas and the arrival at Iscandar. Yamato is attacked by Dessler on the way home, but safely returns to Earth. The end.

Based on this comparison, it is evident that since the manga adaptation was running two months behind the TV series as of its fifth chapter, Matsumoto’s remedy was to skip past most of the “getting to Iscandar” stories and instead offer something that wouldn’t be seen on TV at all; the encounter with Harlock. Had history gone another direction, this meeting would have set up a much larger role for the pirate later, making him an arch rival to Dessler and letting him come to Yamato‘s rescue in the finale. Instead, a single face-to-face meeting with the character was all Matsumoto could manage on his own. (It was quite a different case in the Akira Hio manga, as you can find out here.) 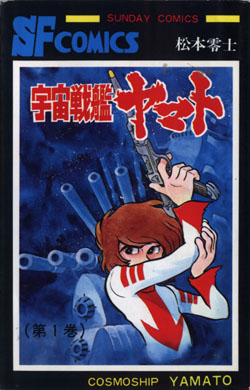 The final chapter of the Cosmoship Yamato manga was published on April 1, 1975, just two days after the conclusion of the TV series. It was a testament to Matsumoto’s skills as a storyteller that he could encapsulate four episodes of material in just 33 pages.

Akita Shoten’s first paperback collection of Leiji Matsumoto’s Cosmoship Yamato was published three months later (July 20, 1975) and exactly followed the fate of the anime series, gathering a much wider audience as time went on and going back to print dozens of times to meet the demand. The next year of Matsumoto’s manga career was dominated by his classic World War II series, The Cockpit. But he would return to Space Battleship Yamato briefly in 1976 to create a new story that would continually surprise people for decades thereafter.

Continue to Eternal Story of Jura