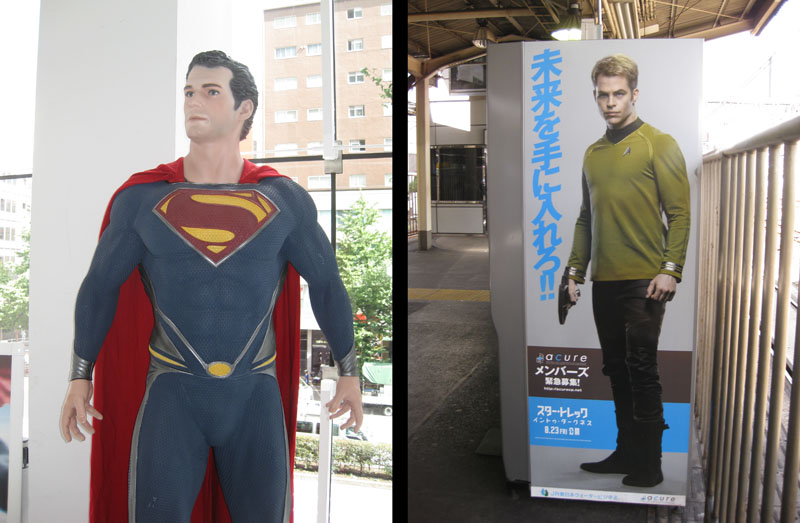 At left: On closer inspection of the Superman statue at the Shinjuku Piccadilly, all it needed was a better paint job to make it truly super. The sculpt really captured him. At right: Star Trek Into Dorkness had just opened, and Captain Cock (that’s how his name is pronounced in Japan) was pasted to the side of drink vending machines everywhere. 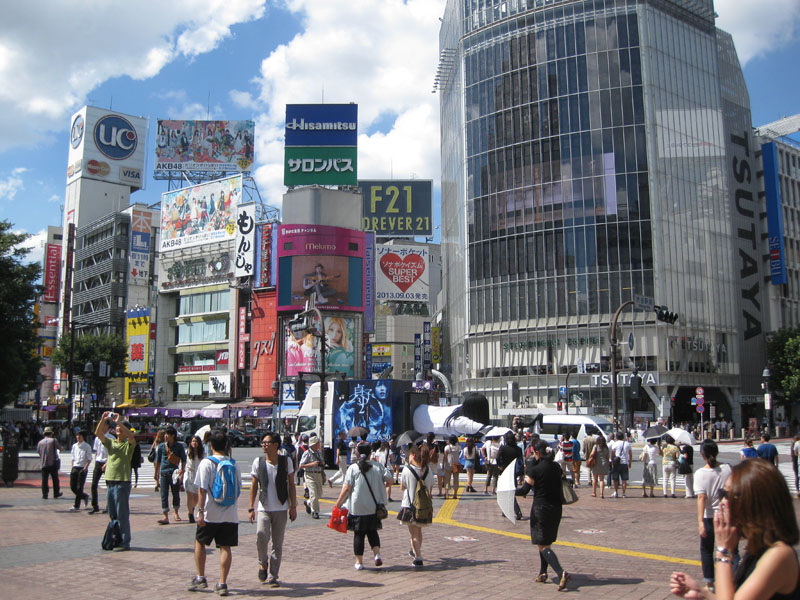 The heart of Shibuya, just outside the JR train station. Wherever you point your camera here, you’ll catch something crazy. Case in point: in the lower center is a truck pulling a huge promo sculpture for Ringu. The drowned girl is on her stomach with her hand outstretched and a mini-me of her oozing out of the fingertips. Creeeepy.

Spotted inside the Mandarake store in Shibuya: Dorakudo’s 1/500 Yamato garage kit and the ONLY Yuki Mori figure that I ever saw with a price tag on it. Word on the street is Megahouse releases these in a trickle to keep demand high.

Left: I wish someone had told me before I spent all that money to get here. Right: Takuya Kimura (live-action Kodai) shills for “Dandy House,” a men’s spa that would never survive in the states with a name like that.

I had a shot at just one item on Pasela Resort’s Yamato 2199 “collaboration menu,” so I went for the “Drill Missile Honey Toast.” (I considered the Magellanic Parfait, but in the words of my companion Hiroshi Ban, “that’s not for men.”) I had no idea what a monster it would actually be when it arrived. This is clearly meant to pass around the table. 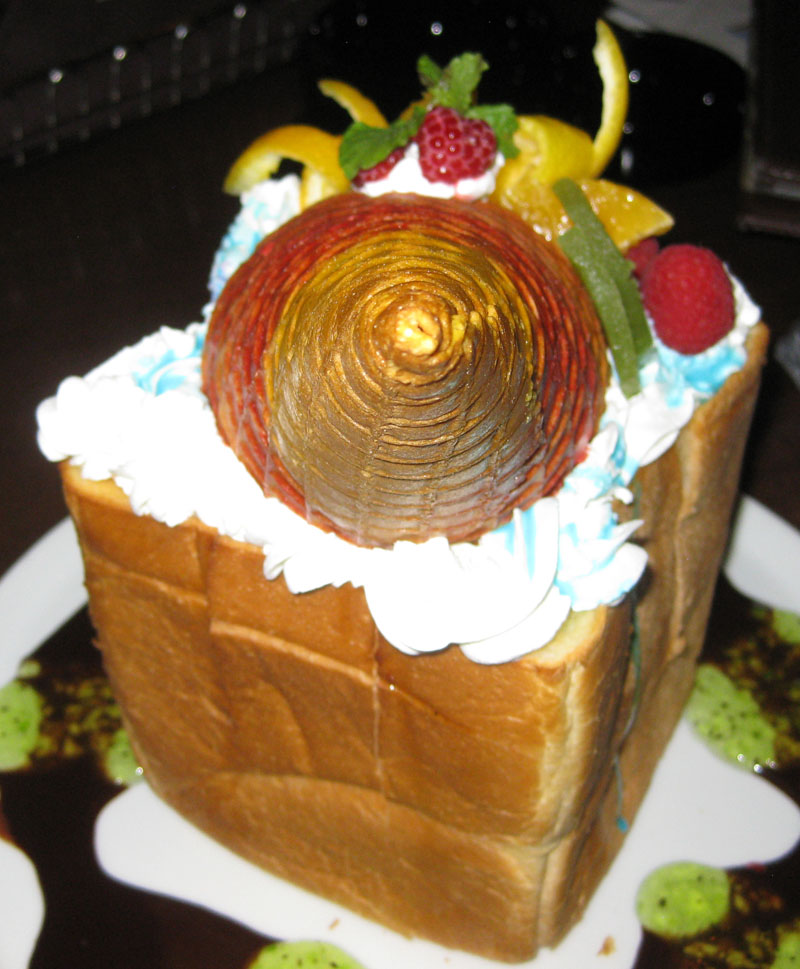 This is just about actual size. Look! You’re Yamato! Drill’s gonna get ya! 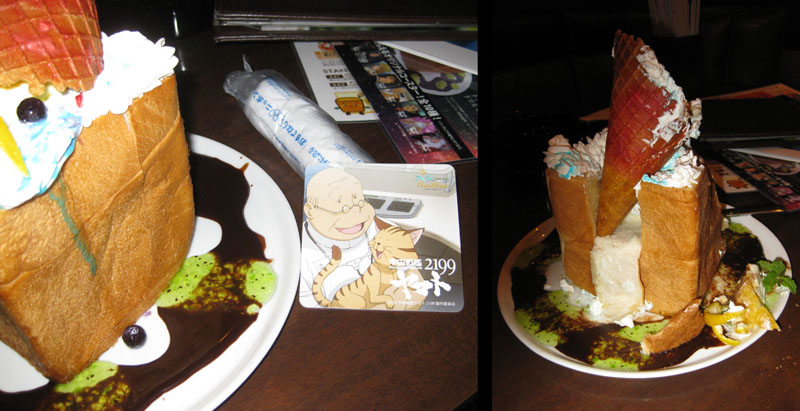 At left: there was no way I could finish this enormous thing, but I did get a Dr. Sado coaster for the attempt. At right: In the end, the best I could do was get the thing turned around. But that’s all that was necessary for victory. 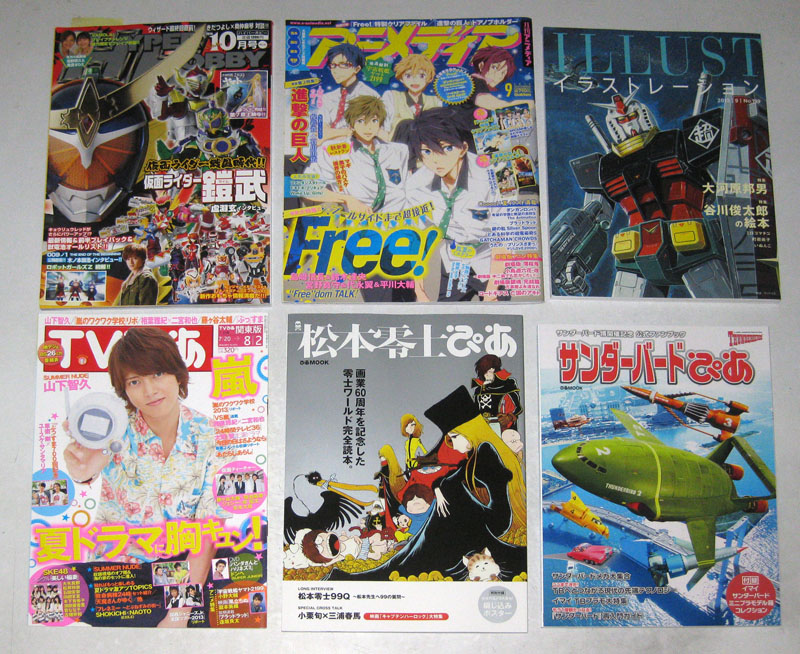 Part of the haul for the day: the new Hyper Hobby magazine (just published), the very last copy of the latest Animedia that could be found anywhere in Tokyo (believe me, I checked), an issue of Illustration magazine with a cover feature on one of my heroes – mecha designer Kunio Okawara, the issue of TV Pia that eluded me in July – the least important thing on my list, but I found it effortlessly, Matsumoto Pia – the latest retrospective on the great man, and Thunderbirds Pia – exactly what it sounds like. Pia is a publishing company that at one time had the most popular entertainment magazine in Japan. Now they publish just about everything you can imagine. 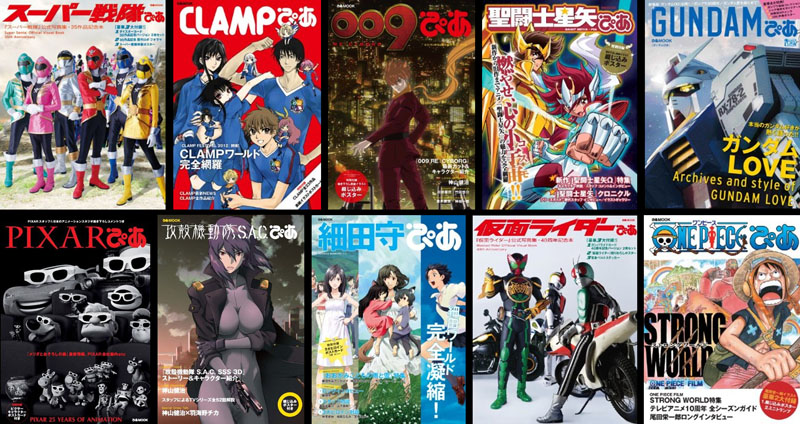 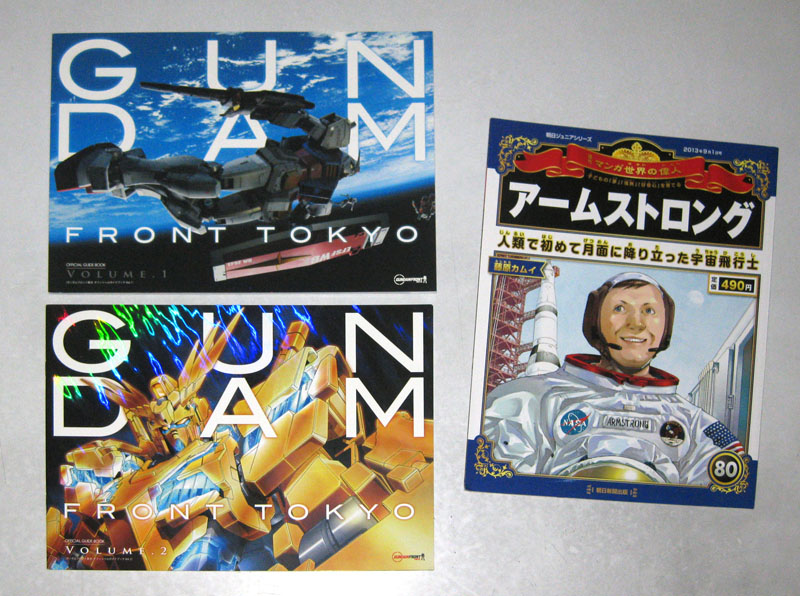 Program books from the Gundam Front pavilion in Odaiba – bilingual with everything in both Japanese and English! At right is an issue of a weekly file magazine series called Manga World of Great People. This one contains a nicely-done full-color manga on the life of Neil Armstrong. 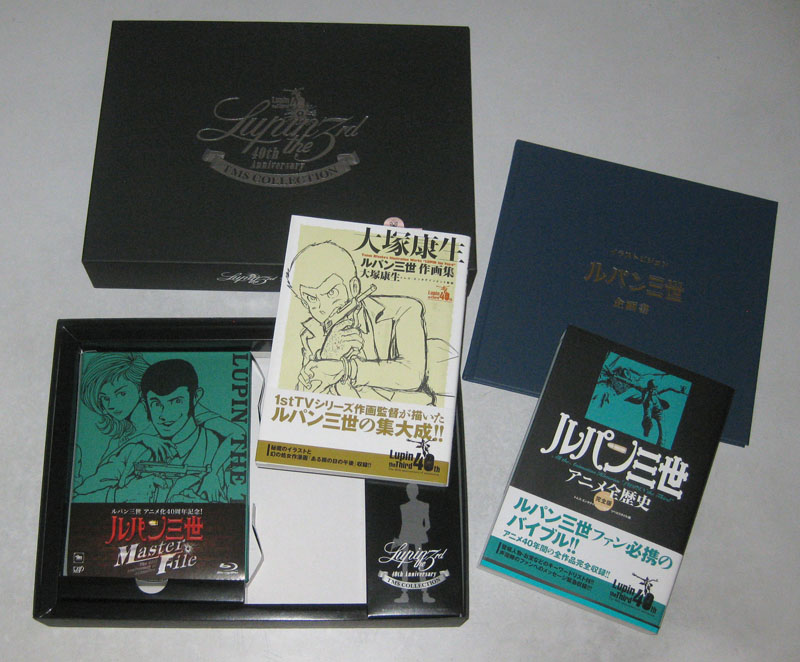 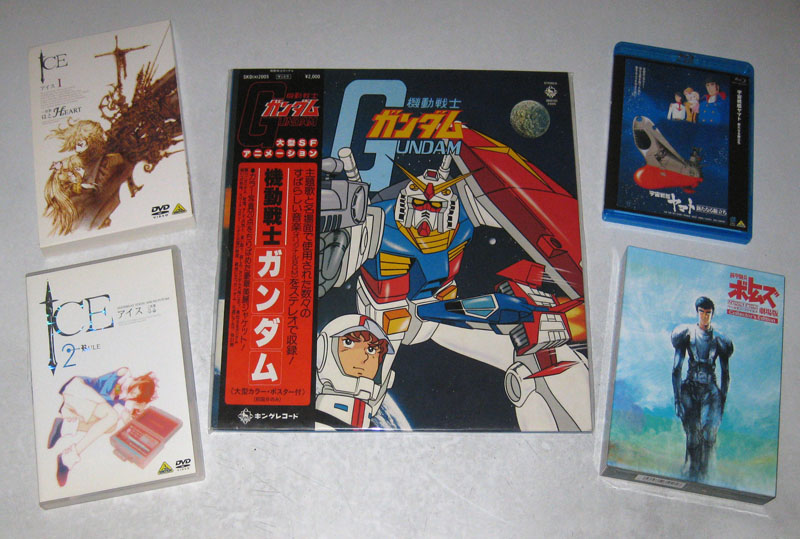 I always tell people not to bother bargain hunting in Tokyo, because new stuff is always the same price everywhere. But bargains galore can be found at Mandarake stores if you look for them. At left: volumes 1 and 2 of Ice, an OAV series designed by Makoto Kobayashi – 6 bucks for the pair. Center: the first Mobile Suit Gundam TV soundtrack LP – just 5 bucks WITH its original poster. Bottom right – the Armored Trooper Votoms Pailsen Files movie version on blu-ray, half its original price (and still painful to watch, but it’s the last Votoms item I didn’t have). Upper right: the brand new blu-ray for The New Voyage. All the regular stores had it for 80 bucks, but Mandarake in Akihabara inexplicably had it marked down to 50. Somebody bought, viewed, and resold it in less than a week!

Return to the travelogue