Though the first TV series made its VHS debut at the dawn of home video in Japan (early 1984), six long years would pass before Series 2 and Series 3 followed. In fact, apart from a single rerun in 1980, Japanese fans would have no opportunity to see Yamato 2 again at all until home video came to the rescue in 1990. There was a substitute, however, which is almost unheard of outside Japan: the Yamato 2 Complete Edition, a condensed version of the 26-episode series that has an interesting history all its own.

The Complete Edition (also referred to as the Yamato 2 TV Special or “compilation movie”) was first broadcast on the 5th anniversary of Series 1, October 6 1979. Meant to help fans through the long wait between The New Voyage and Be Forever, the editing was supervised by writer Eiichi Yamamato and clocked in at 96 minutes. Though the story was unchanged, the music was reorganized to incorporate BGM tracks that had neither been heard in Yamato 2 nor released commercially until they were unearthed decades later for the Yamato Sound Almanac CD series. 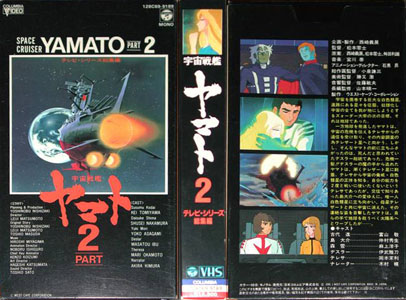 Another anomaly was the title itself, which changed with successive reruns, flipping back and forth between Yamato 2 and the slightly more dignified Yamato II. It became something of a perennial event, turning up on TV throughout the 80s and 90s, often with footage cut from one broadcast and restored to the next. This was the first form in which Series 2 was available on home video. Fortunately, it would not be the last.

Read about the making of the compilation movie here 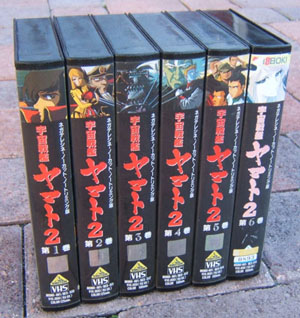 Yamato 2 made its first complete and proper appearance under the wing of Bandai, who by this time had acquired the entire Yamato catalog for home video release and already rolled out their landmark LD box set of the movies. All three of the TV series would emerge from Bandai’s Emotion division throughout 1990, which must have been welcome relief for fans who had been waiting patiently since the one and only Yamato 2 rerun ten years earlier. From the get-go, Emotion’s packaging showed creative flair with an interesting “triptych” design by artist Nobuteru Yuki, a single image that spread across all 6 volumes.

Click here to see enlargements of each sleeve in this set.

In what could only have been an oversight, the “triptych” is scrambled when the tapes are laid out in numerical order as shown above, though the spine images do line up correctly. When laid end-to-end in the order shown below, the intended image emerges. 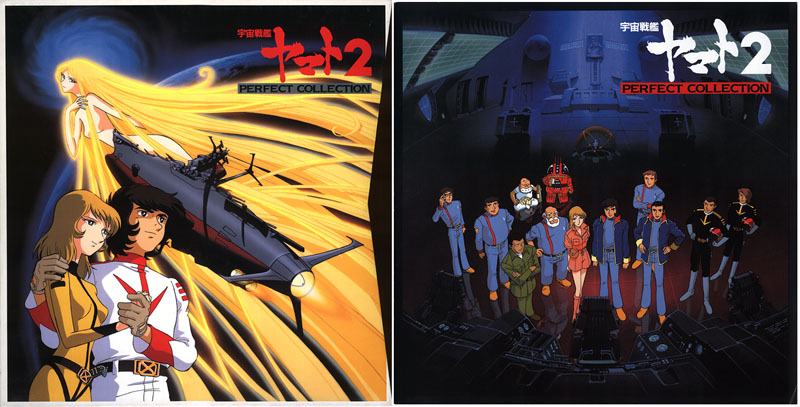 The next release of Yamato 2 set a high standard that has yet to be topped, spreading the series across 7 discs with a 32-page book of liner notes, interviews, design sheets and more. Each disc also contained unique audio bonus tracks, a huge catalog of sound effects and soundscapes from the entire Yamato saga. But the real showpiece was the gorgeous lineup of sleeve art by artist Toshiyuki Kubooka, a character animator and designer for such well-known anime as Gundam 0080, Nadia, Gunbuster, and Giant Robo. 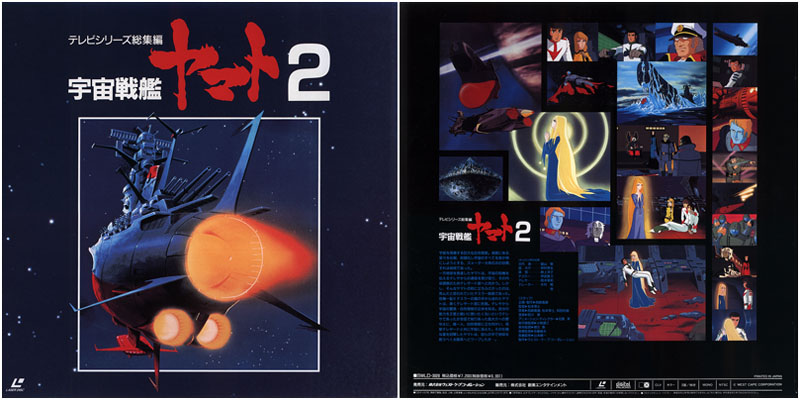 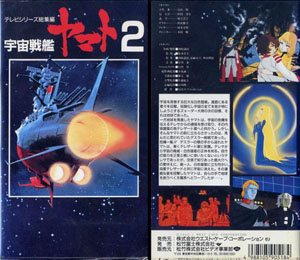 The TV Special surfaced again in a definitive edition manufactured by West Cape Corporation and distributed by Sobi. This was to be its last release in these formats. 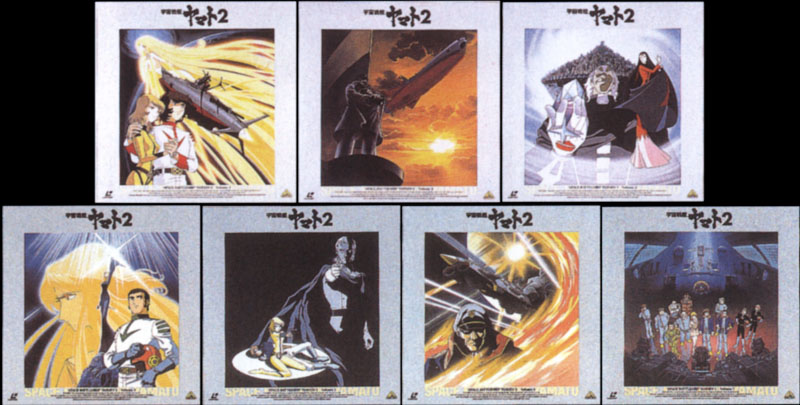 With Yamato‘s 25th anniversary approaching, Emotion threw all its muscle into a complete reissue of the entire video catalog, in which the Kubooka sleeve art for Yamato 2 was revived. The tapes were expanded from 6 volumes to 7 and all seven laserdiscs were now available individually rather than in a box set. This was the last time Series 2 would be released in these forms, since a completely new format was just over the horizon.

Two years after the 25th anniversary blitz, Emotion struck again when Series 2 arrived on DVD in two forms: a deluxe box set (above) and individual rental-only discs (sleeve art shown below). The box set was a worthy successor to the 1992 “Perfect Collection” LD box and, in righteous DVD style, took the bonus features to a whole new level. With the Yamato copyright now administered by Leiji Matsumoto and Bandai Visual, all the stops were pulled out to make this set into a real keepsake. Arresting new art was commissioned from Hirotoshi Sano, already well-known for his unique visual take on another Bandai staple, Mobile Suit Gundam. The compilation movie was included, along with several TV commercials for toys and model kits. But the real treasure in this set was the 48-page booklet, which explored the making and marketing of Series 2 in unprecedented detail. (This very website has benefited enormously from Bandai’s DVD booklets, for which we will be eternally grateful!) 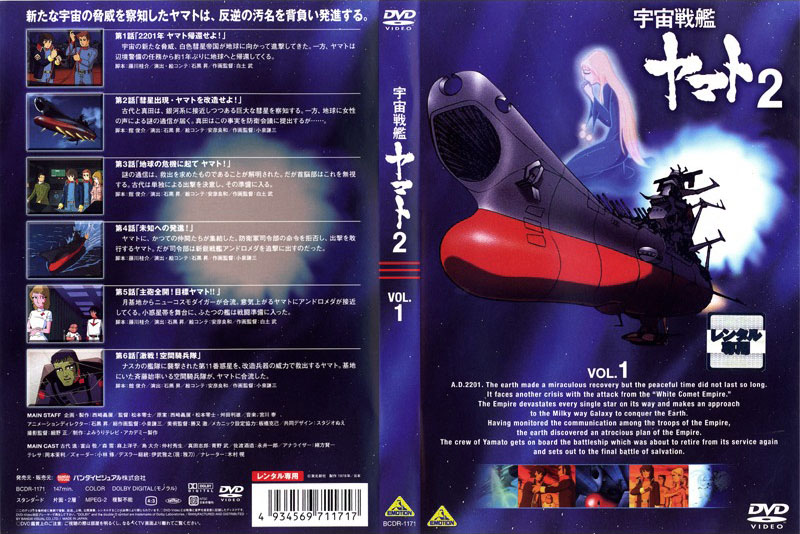 With the DVD ground broken, Emotion teamed up with Asian distributor PW to send Yamato into Region 3 countries (except China, which is designated Region 6). Bereft of bonus features, discs 1-4 contain episodes 1-20 and disc 5 contains episodes 21-26.

This, of course, is not the first time Series 2 was commercially available in other countries. Click here for a complete record of the Star Blazers version.