Daisuke Ono’s fateful destiny: “I was involved with Yamato at the genetic level”

Published by Walker Plus, June 23. See the original post here

Chapter 2 of Yamato 2202, the completely new sequel to Yamato 2199 which remade the legend of SF anime, premieres June 24. Its motif, Farewell to Yamato, which was released in 1978 and ignited the entire country of Japan, was a work that depicted “love” front and center. What is the meaning of Space Battleship Yamato being released to the world now? We got it directly from voice actor Daisuke Ono. 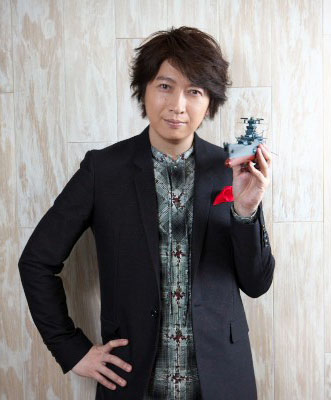 The stage is three years after Yamato returned from Iscandar. Yamato starts again, led by the prayers of the goddess Teresa who hopes for peace in space. Ono, who plays the lead character Susumu Kodai, could not hide his excitement for Yamato‘s bold launch scene.

“The scene of Yamato‘s launch is the symbol of this work. It is also a symbol of hope for Earth’s future. I got a great feeling from Yamato‘s launch scene. I think it will be exciting beyond reason for both fans of the original and fans from the new generation. I feel a very positive power from that launch scene.”

This series has won over not only fans of the original, but also new fans. Ono himself says, “I had never properly seen the original work.”

And it seemed there was some personal history that matches the greatness of the event. “Here’s a recent story: when I went back to my parent’s house, I found a Yamato film reel in one corner of the bookshelf. Apparently, my grandfather liked it. When I found it, I felt it was fate. It’s an eternal work in the history of Japanese anime, which I realized again since my grandfather’s generation watched it. I was involved with Yamato on the genetic level.”

The theme depicted in this work now is “love.”

“The writer, Harutoshi Fukui, talked about ‘What is the meaning of love in this age?’ At the time he said, ‘I would not depict love without hope.’ He also said, ‘A test of love will be depicted and many trails will be faced.’ Those were two of the messages I understood from Mr. Fukui.”

Rather than just remaking the timeless masterpiece, the aim was to make a Space Battleship Yamato that should be presented now.

“There are still wars in the world, and tension between countries, ” Ono says powerfully. “I think it’s very important to depict love in such a situation. There is a feeling of stagnation in society today, and in order to break through that, this Yamato is being made to strongly compare with the times. After all, if it was done just like the original, I don’t think it would get much empathy.”

As for people living in the present day, the series is full of points that can be sympathized with.

“Kodai is middle management. There are bosses and subordinates, and he worries about the organization of the whole company. The conflicts Kodai faces in that position might be just like those of people who watch it. When I travel on board Yamato as a performer, I realize ‘Yamato is fascinating.’ In addition to depicting the seriousness of love and war, there is interplay between characters and love between young people, and it becomes entertainment as well. I think it’s the finest anime entertainment of Japan.”

It will be shown as a series of seven chapters, but even Ono confesses that he doesn’t know where it will go. He still talks about it with a sense of fulfillment. 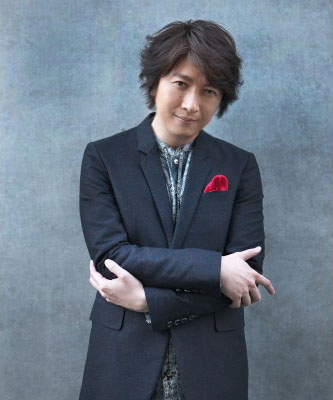 “In fact, I don’t know what will happen down the road, either. I say to Mr. Fukui, only tell me what I need to know as the character. Don’t tell me where it’s going. I want to be scared of what will happen, just like Kodai. (Laughs) While feeling responsibility like Kodai, it’s also a lot of fun to get on this ship.”

Ono runs along the front line with a certain combination of popularity and reliability. He is, so to speak, the “middle management” on the site where Yamato 2202‘s veteran and young voice actors gather, the same position as Kodai.

“The recording studio is like the bridge. I always try to sit in the middle. I think it’s necessary to sit there because I’m the acting captain and chairman. There are also veterans around me, so there is some tension. Everyone wants to do their work properly, but they also variously tell me about how they’re losing strength in their shoulders and such. Anyway, it’s a lot of fun to talk with everybody, and the young people also talk together, too.”

Just like the Yamato crew, the voice actors are fostering strong bonds outside their generations. Ono speaks from the heart about his role.

“I think my duty is to play the role of an anchor between the young people and the veterans. It seems presumptuous, but I have the role of a wedge, and I want the Yamato crew to unite.”

Ono acquired various experiences and was able to earn this title because of who he is today. He revealed his honest feelings about challenging the legend of SF anime. Every time a new chapter comes up, he increasingly puts his heart into it with a feeling of “fate.”

“When we did Yamato 2199, I was keenly aware of the magnitude of Space Battleship Yamato. At the beginning I felt like I was doing okay, but it’s a really great work and I still feel pressure. But when I’m doing Yamato 2202, I once again think “Kodai is me.” I didn’t think I could feel so much like Kodai, so it’s a lot of fun for me as a performer. Acting-wise, it presents me with an incredible predicament, but as an actor I can take the performance from that, too. There’s a part where I enjoy the pinch and the pressure, so I think that’s where my mentality overlaps with Kodai’s.”