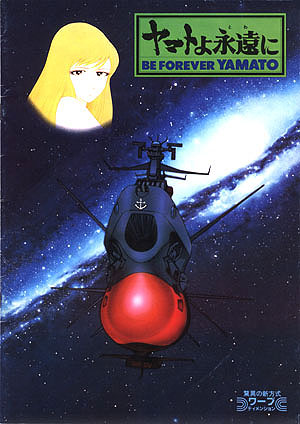 Fully expecting Be Forever to match Farewell to Yamato in terms of box office popularity, Office Academy positioned themselves at the forefront of the publishing wave as 1980 began. Unfortunately, they were unprepared for what happened as the year ended. In early October, about two weeks after Be Forever closed its theatrical run, Yamato III debuted on TV and quickly ran into a ratings deficit. The network decided a month later to pull the plug on half the series, and Producer Yoshinobu Nishizaki’s Academy Studio went into something of a tailspin.

Practically overnight, the names Academy and Office Academy disappeared, replaced with the all-new West Cape Corporation (‘West Cape’ being the literal translation of ‘Nishizaki’). Long story short: that’s why most of the Be Forever publications fall under the West Cape copyright rather than Office Academy.

The fact that all this was roiling in the background makes it even more amazing that these works not only upheld but even surpassed the high quality of previous publishing projects.

Released on the same day as Be Forever, this program was sold by the thousands in movie theaters and can still be found in collector’s shops today.

To examine this book from cover to cover, click here

The large format of previous calendars had proven to be a winner, so it was kept for this gorgeous compendium of original artwork created by the same artists who made the movie itself. Visit the Be Forever gallery in this section of the website to see the images.

Below: two promotional postcards and the image for February. 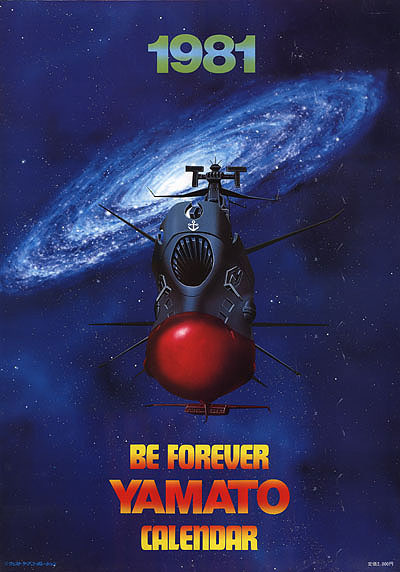 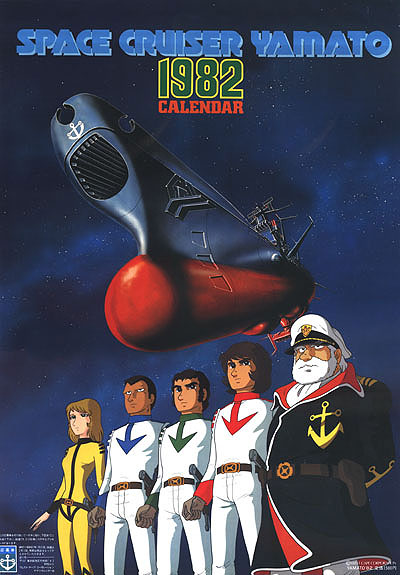 Out of all the Yamato calendars, the creativity poured into this one made it the crown jewel. Again, it offered up completely new and original artwork, only some of which was devoted to specific stories. Over half the images were impressionistic scenes from the saga that stood on their own. Two are shown here, but all can be seen in the various gallery sections of this website.

The image shown below was a 2-layered pseudo-animation cel with the characters lined up on an overlay. It was, of course, from the episode in which the entire crew (except for Captain Avatar) was shrunk to action-figure size. You remember that one, don’t you? 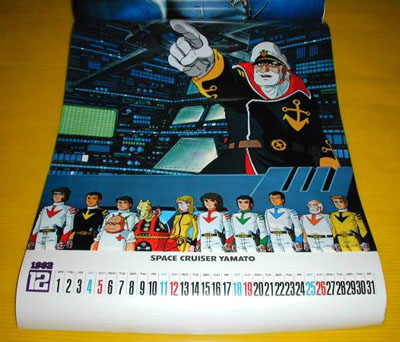 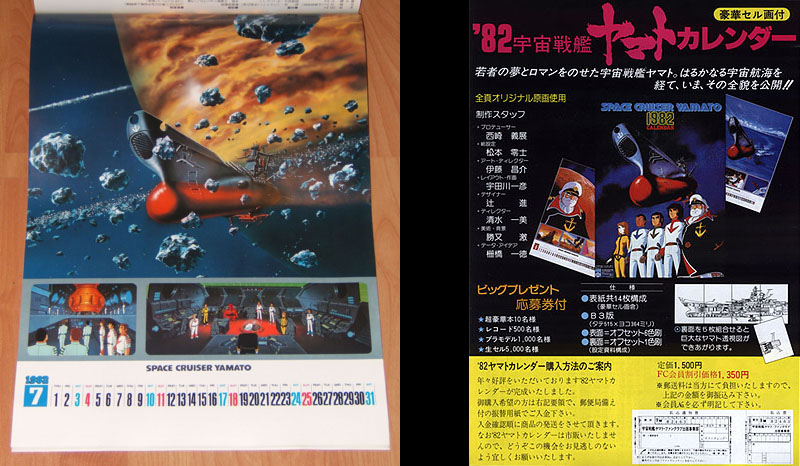 Above left: one of the impressionistic images, underscored by more original artwork. At right: a magazine ad listing the staff members who created the calendar. The tiled image in this ad promoted a bonus feature explained below… 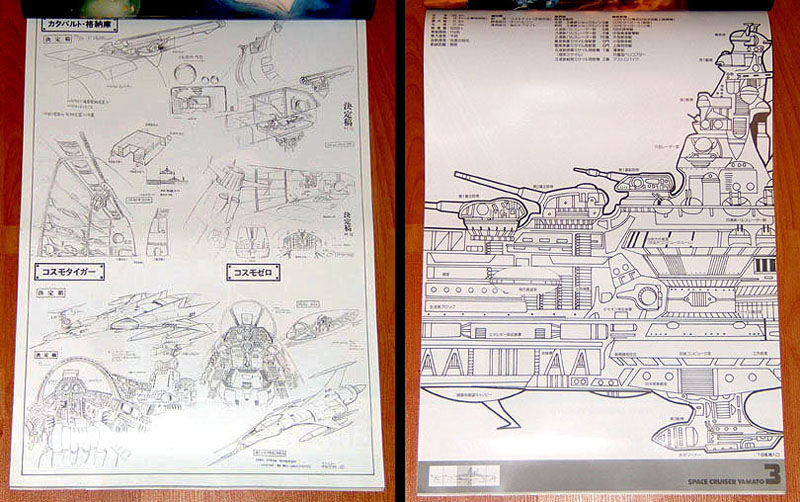 The back of each calendar page delivered some unexpected bonuses: big, juicy model sheets of the mecha and a gigantic reproduction of the iconic cutaway drawing of Yamato. Broken into 5 sections, they stretched nearly 6 feet when lined up.

This book was the last of its kind, a generous collection of animator’s model sheets reproduced close to their original size. It was packaged to sell via mail-order to fan club members or at the many promotional events and film screenings. Model sheets were also released for Final Yamato, but not in the format shown here. 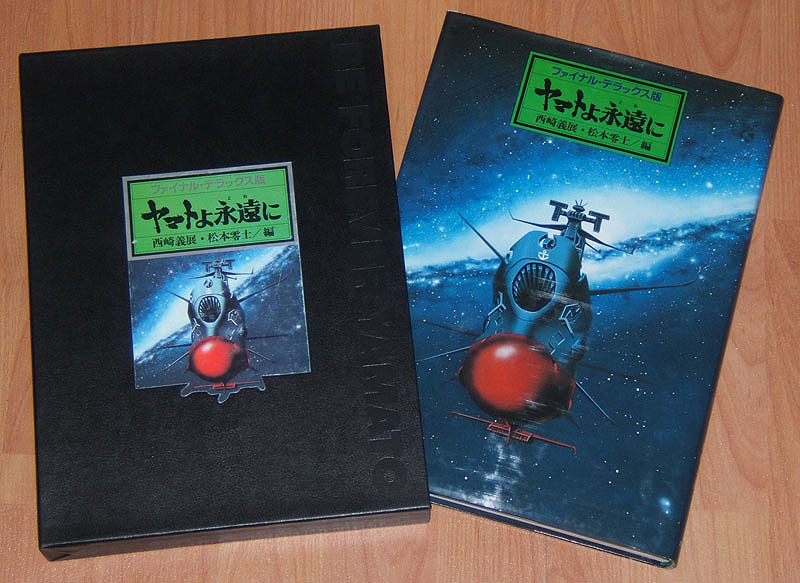 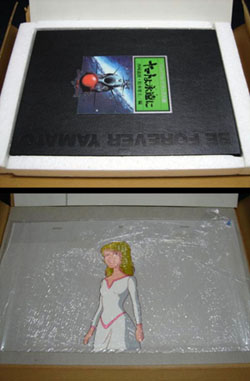 From concept to promotion to finished film, Be Forever was a perfect storm of high-end talent and out-of-the box thinking at all levels. This was reflected in the production values of this incredible volume, which raised the bar even by West Cape standards. From front to back, it had more to say about the film than any other single publication and contained a huge amount of material found nowhere else.

Something else that helped to make each copy one-of-a-kind was a bonus animation cel (one example shown at right), hand-picked from the office archive. Following the tradition they had set for themselves, Yoshinobu Nishizaki and Leiji Matsumoto personally autographed each copy as it went out the door.

This was actually the second edition of the book, a replacement for the simply-named ‘Deluxe’ version that came out three months earlier and had a smaller page count. The revised edition contained bonus pages as indicated below… 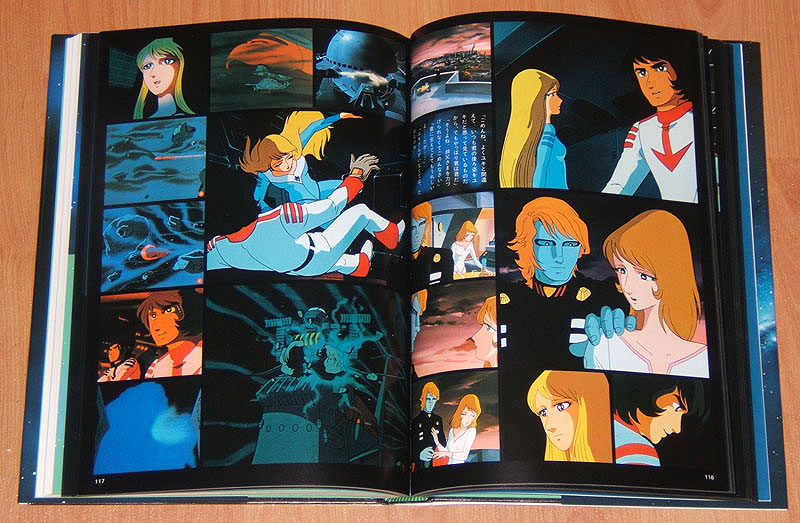 Photo-story (pp. 15 – 194). Naturally, the entire film is retold in stills which change format at the Warp Dimension point of the story. Reproduction quality also changes from there, since publishing technology at the time could not extract a fine image from widescreen film. 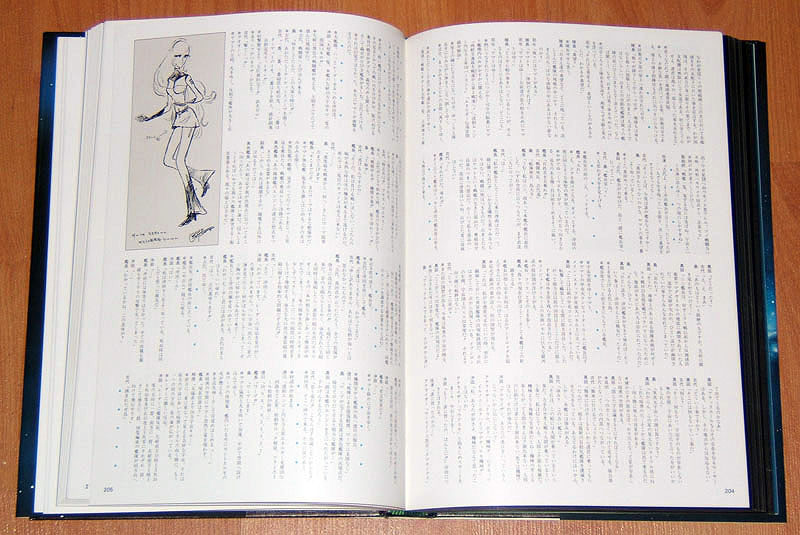 The making of the movie (pp. 195 – 224). Includes a production calendar and early story drafts. Click here to read them from start to finish. 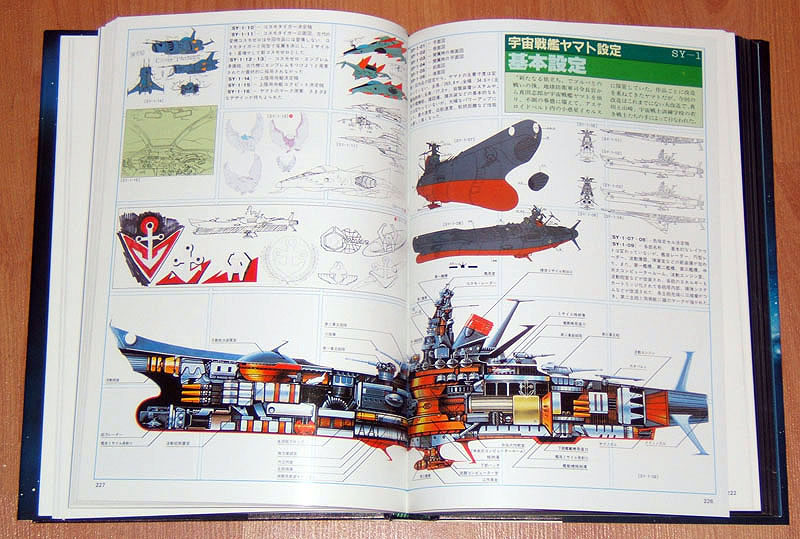 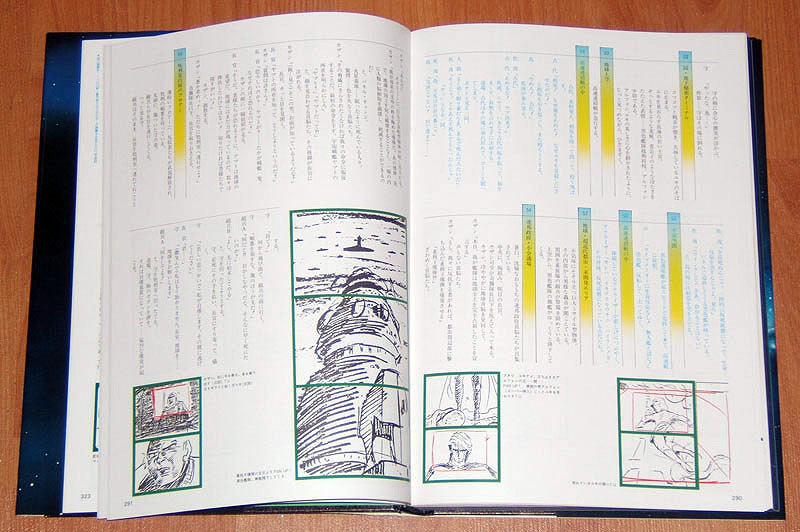 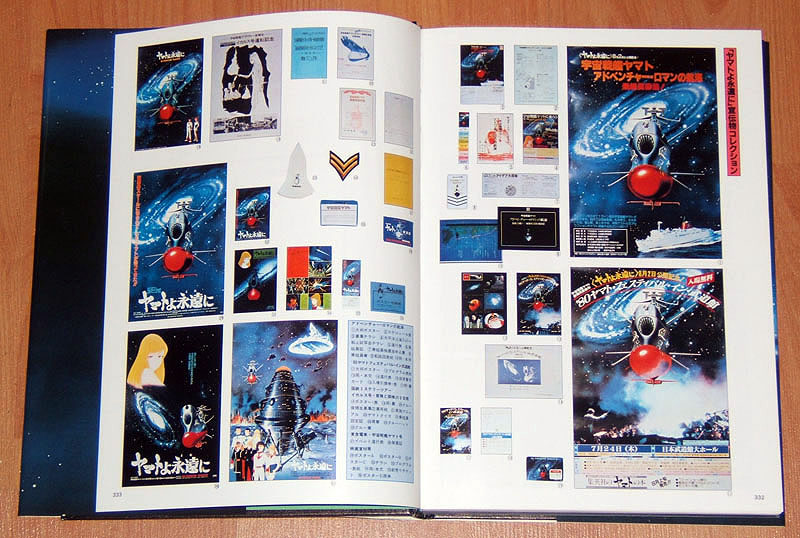 Bonus pages (pp. 328 – 333). These were the pages not included in the ‘Deluxe’ edition of the book, documents and archives collected from the incredible summer of promotional events. 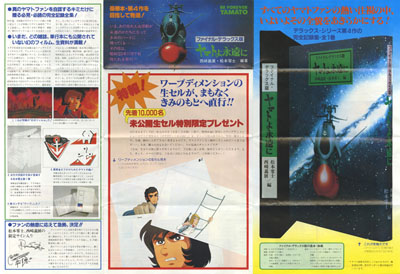 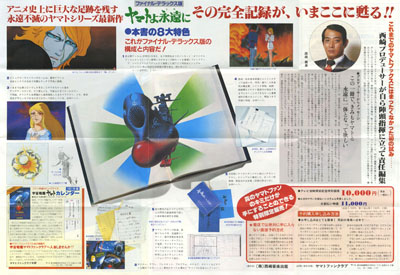 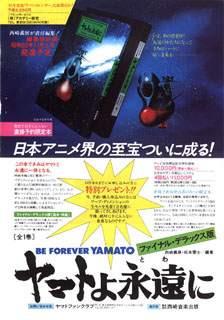 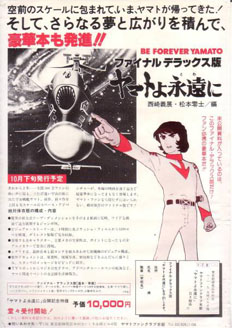 To impress upon fans the outsized nature of this book, West Cape created a 2-sided poster-sized flyer which was mailed to members of the fan club. It trumpeted each of the book’s special qualities, especially the inclusion of authentic animation cels. The asking price was a cool $100.

At left: a magazine ad for the book. Click on this and either of the images above to see an enlargement.

At right: a promotional postcard for the same book. Just one more facet in a very successful saturation campaign.