Once more we resume our voyage to the past, reconstructing all the media that was available to a loyal Space Battleship Yamato fan in Japan. Our time machine drops us off in December 1980, in which episodes 9-12 of Yamato III graced TV screens. Our heroes fought off the new Reflex Gun at Planet Barnard, said goodbye to the women, battled General Dagon at the black hole of Cygnus, and had their first encounter with the Bolar Federation at Planet Berth, where they also witnessed Mother Shalbart [Queen Gardiana].

Within the production studio, weeks had passed since the Yomiuri network had cut the series down to 25 episodes, but this was not yet known to magazine editors. They were entirely focused on what was to come, most especially the reunion with Dessler.

All the articles in this collection are linked back to this page, and also to each other for continuous reading. 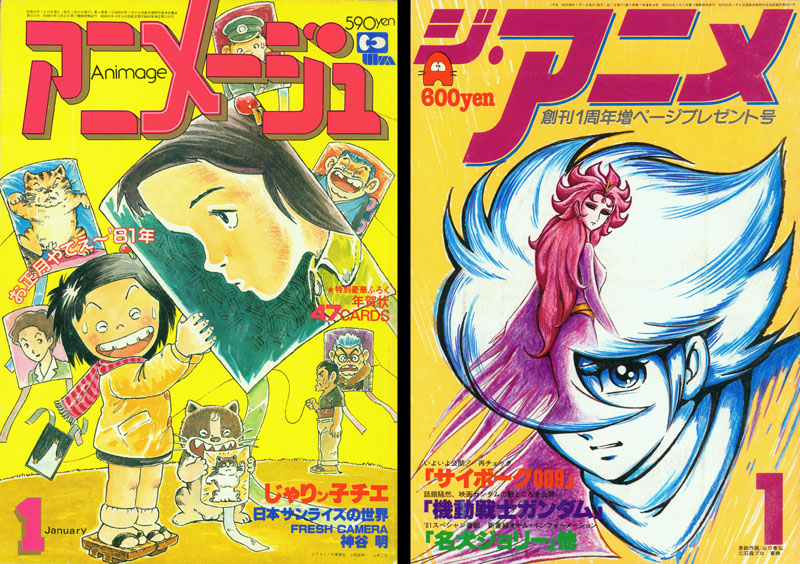 This issue of Animage devoted 4 pages to Yamato III that investigated the Galman-Gamilas Empire, and took a brief look at the hard-knock life of a Yamato crewmember through comments by Series Director Eiichi Yamamoto. For whatever reason, this was Animage‘s last article on Yamato III. They would not look in on the saga again for another 18 months, when they ran their first article on Final Yamato.

Whether or not the editors of The Anime knew they were about to become the only monthly magazine to cover Yamato III, their attention and page count began to steadily increase as of this issue. Dessler and his new empire were the big story for an 8-page article that examined the historical threads leading up to the reunion. This included original art, a timeline of events, and a short interview with animation director Kazuhiko Udagawa. 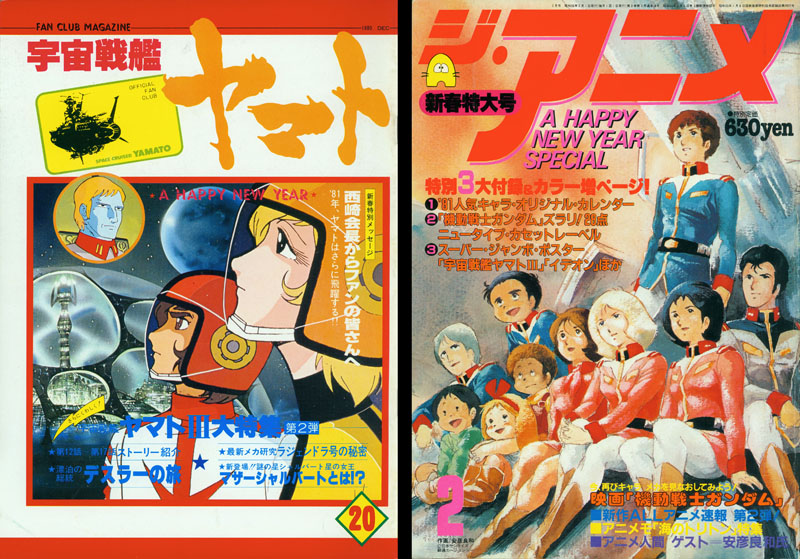 Even if The Anime wasn’t around, fan club members still had access to a continuing stream of info from the official magazine every 60 days. This issue devoted 12 pages to Yamato III, which included a new year’s essay by Yoshinobu Nishizaki, a story digest, and the first truly inside look at Dessler’s Galman Empire. One very unique feature found nowhere else was a detailed background piece on his adventures after The New Voyage.

The Anime had an exclusive lock on Yamato III throughout both January and February of 1981. The TV episodes that accompanied this issue finally brought Dessler into the story, paying off all the speculative coverage in December. The 5-page article summarized episodes 12-17, examined the personality types of various crew members, and featured the only crew chart ever published for the series–which included characters never seen on TV. A poster of Kodai and Yuki was included as a bonus item. 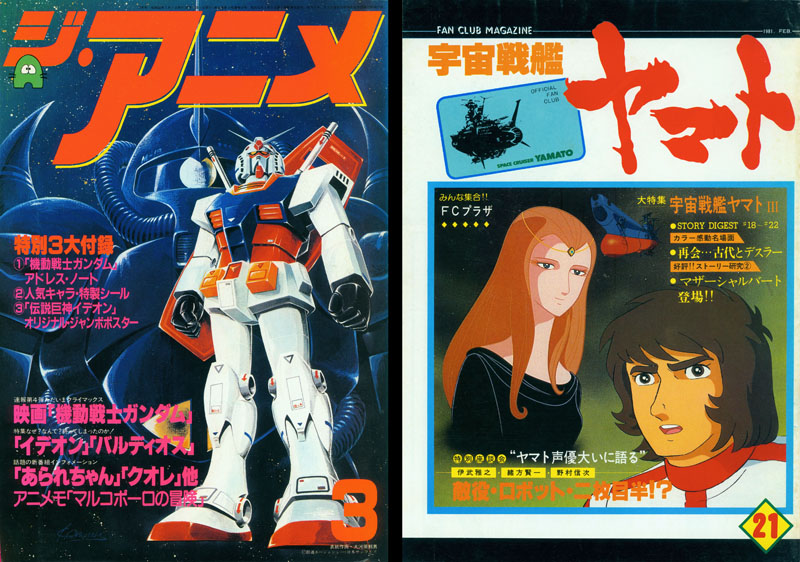 February was a dramatic month for the TV series, in which episodes 18-20 took Yamato from Planet Galman to Planet Phantom where nothing was as it seemed. The Anime‘s 6-page article for February was the first to examine Mother Shalbart as the mysterious new figure looming over everything, and asking the big question: is she god or devil? As a followup to the previous issue, another character study examined the villains of the saga.

Later that month, the next issue of the club magazine devoted 9 pages to the series. They offered a story digest through episode 22, memorable scenes, an unusual voice actor interview, and “research” on Mother Shalbart and Gaidel’s space fortress. Interestingly, even as the series was about to enter its final month on the air, there was still no talk of its imminent conclusion. 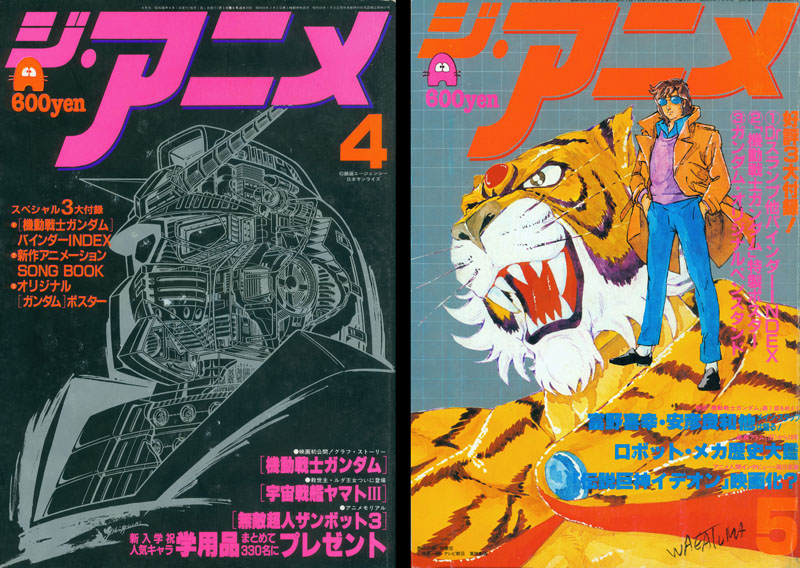 Episodes 21-24 filled the month of March, taking everyone almost to the end; Princess Ruda was rescued from Planet Phantom and taken to the legendary Planet Shalbart [Gardiana], where the central message of the story was revealed and Yamato was gifted with the means to restore the sun.

Most of The Anime‘s 8-page article was spent on the character of Ryusuke Domon [Jason Jetter], charting his growth from a rookie to a true soldier of Yamato. One page was devoted to Princess Ruda, but at the time the article was written, there was still little to go on. Also, finally, a tiny blurb indicated that the series was to end in April, much earlier than expected–the first mention in print anywhere.

Right on schedule, the last episode of the series came and went on April 4, 1981. The Anime published its last and biggest Yamato III article in this issue, a heartfelt 10-page farewell that looked back at what made the series unique. A double-page spread said goodbye to all the characters, and a page of interviews gave staff members a chance to offer their regrets. 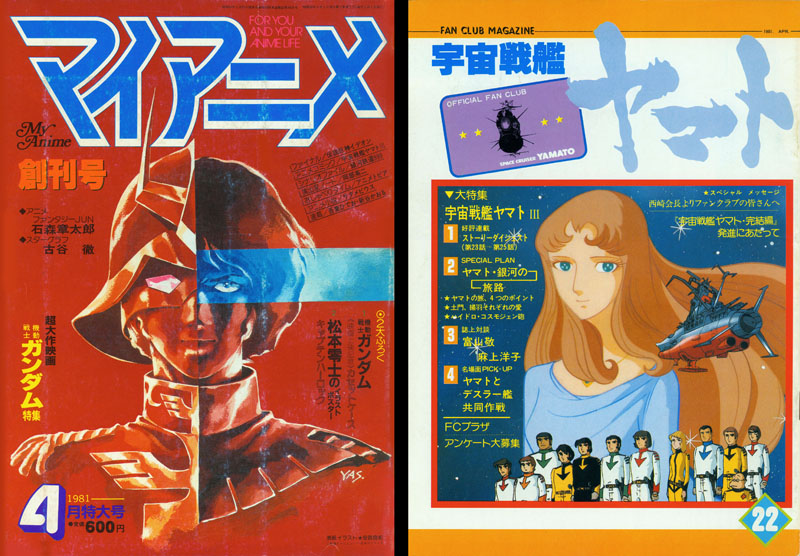 Endings are also beginnings, and this was a perfect example. As Yamato III was headed for its final bow and The Anime was preparing its final coverage, a completely new magazine entered the scene. My Anime was Japan’s fourth mainstream monthly (after OUT, Animage, and The Anime) to cover the ever-expanding anime world, and its publisher already had a long relationship with Yamato. The original manga by Leiji Matsumoto had run in the pages of Akita Shoten’s Adventure King, and many more books followed. More recently, they had invented anime comics, and My Anime made the most of this when it started serializing Yamato III in that format in this premiere issue. (See the entire serial in English here.)

The magazine had plenty more to offer Yamato fans in the premiere issue as well. Yoshinobu Nishizaki was the first subject of a monthly feature called My Anime Life, in which industry VIP’s wrote their own life story. Read this 5-page article here.

Also included was a 7-page article on Yamato III as an intro to the anime comics. It was a treasure trove of never-before-seen character and mecha designs, a collection of rejected story ideas, and short columns by three key personnel: character designer Kenzo Koizumi, mecha designer Katsumi Itabashi, and art designer Yutaka Izubuchi (now the director of Yamato 2199).

See the article and read the designers’ columns here.

This issue of the club magazine said its own goodbyes to Yamato III with 12 pages, which coincided with the first official announcement of Final Yamato in a new essay by Yoshinobu Nishizaki. This was followed by the last story digest, a look back at important story points, and a brief interview with the voice actors for Kodai and Yuki. 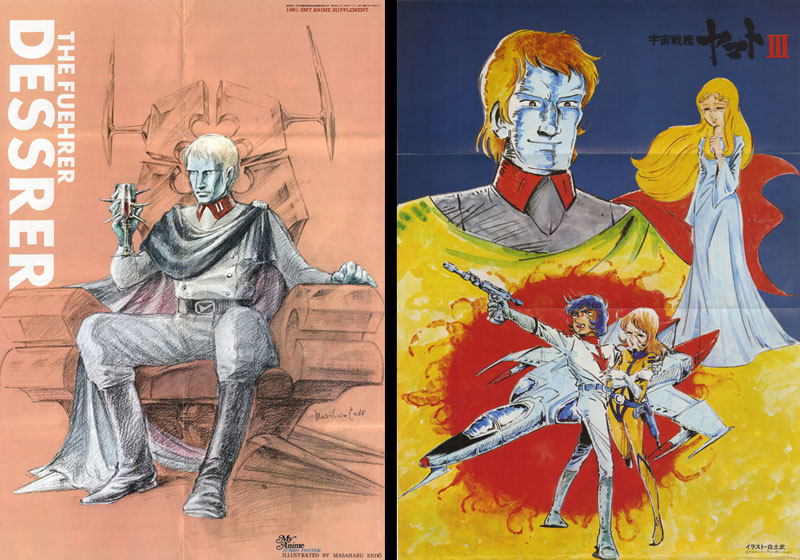 Promotional spread in a 1980 issue of TV Rumors magazine.